Sometimes, all it takes is a poorly named weed strain to illuminate a real problem.

Just this week, Shanita Penny, the president of the board of directors for the Minority Cannabis Business Association, was contacted by a black woman who was shocked that a marijuana dispensary in Maryland is selling a strain called “Strange Fruit” – taking its name from the Billie Holiday song that uses fruit as a horrifyingly vivid metaphor for the countless African Americans who were lynched across the Deep South mere decades ago.

Penny, whose organization aims to increase diversity in the cannabis industry, is rightfully riled up and bewildered as she tells this story. “Do you think if a black person were in charge of marketing or at the table that ‘Strange Fruit’ would’ve gotten on the shelves?” she asks.

Free the Weed: A New Bill Could End Federal Prohibition of Marijuana

Congresswoman Barbara Lee, a California Democrat and progressive leader who was first sent to Washington by Oakland voters in 1998, is set on changing that. Today, the congresswoman is formally introducing the RESPECT Resolution, the first legislation ever introduced in Congress that deals with the racial disparity in the nation’s pot industry head-on, which she has exclusively shared with Rolling Stone.

Lee’s resolution is an attempt to spur states and localities across the nation to bring minorities into the burgeoning marijuana economy.

It’s a resolution and not a bill because, just like with alcohol, the federal government will likely always stay out of the fray and allow states and localities to decide their own rules for legalization. But if Congress is able to eventually muster the votes to pass this resolution, Lee is confident it would send a strong signal that federal lawmakers want localities to adopt the minimum set of racial justice principles while setting up their own local marijuana marketplaces. 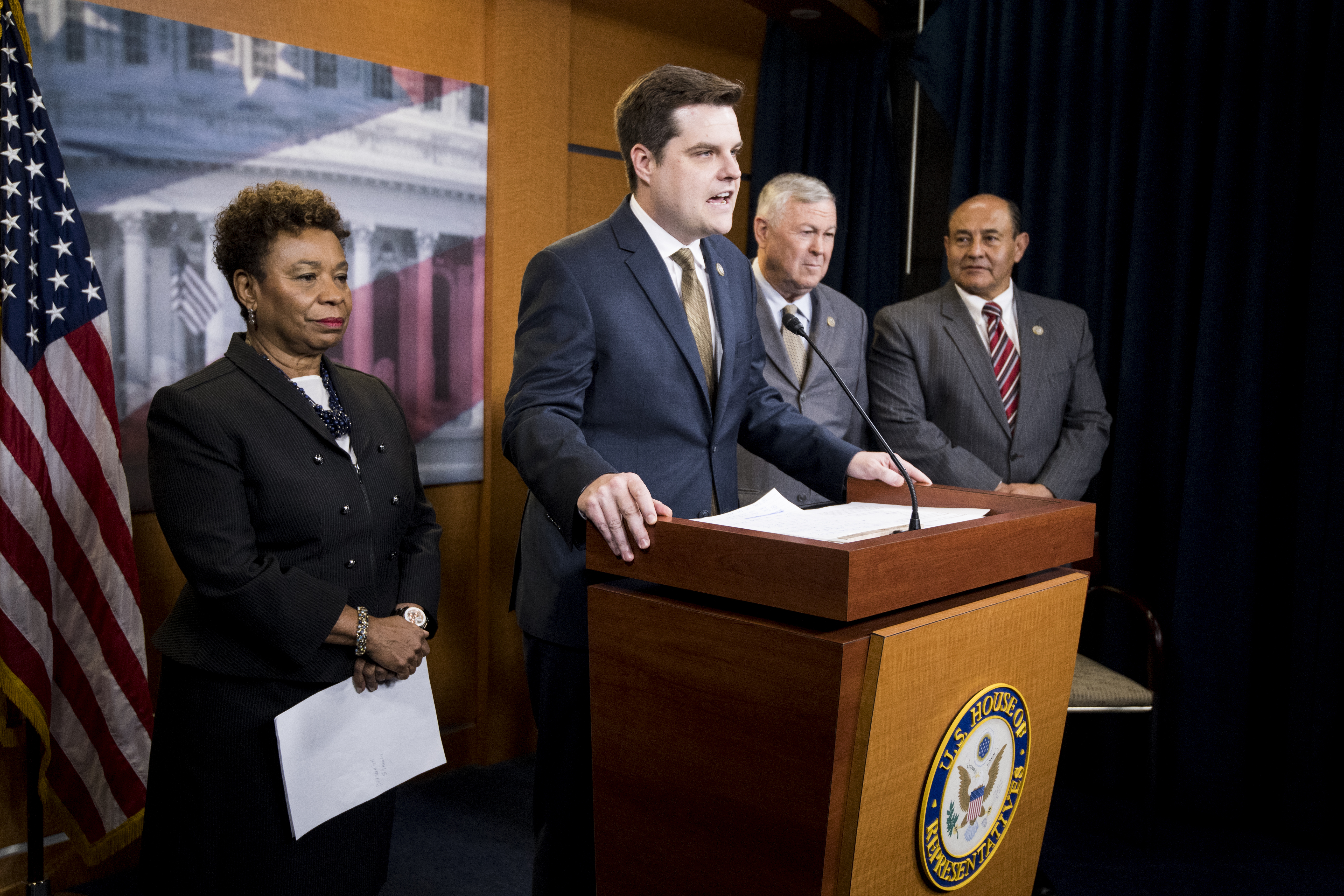 Lee says that’s why the first-of-its-kind resolution urges states to completely expunge the records of people incarcerated for non-violent marijuana offences. It also asks them to drop the fees to even apply for a marijuana license (like New York’s $10,000 non-refundable fee), to allow people formerly incarcerated for marijuana to access this new marijuana regulatory system (like in Illinois, where you can’t even get a medical marijuana card if you were slapped with a felony for weed, even if that pile of green was intended for medicinal purposes).

The goal is also to direct some of the new tax revenue from today’s pot boom to those communities left blighted by yesteryear’s pot busts by asking localities to invest the new revenue in things like job training programs, community centers and libraries. It also urges states to have diverse marijuana regulatory boards, encourages localities to provide public space for consuming cannabis and to start doing away with drug testing “for non-safety related positions.”

America’s multi-billion-dollar war on marijuana seems to be slowly winding down, as the nation’s capital, along with more than 30 states, territories and tribal governments have legalized weed in one form or another. But the racial disparities left in that failed policy’s wake are going to be felt for generations to come, which is why Lee’s bill tries to bring the hundreds of thousands of people incarcerated for nonviolent drug offenses back into society through job training and economic development.

“[Marijuana] has really been a driving force for mass incarceration,” Lee tells Rolling Stone. “So we’re looking at ways to begin to unravel this and bring some justice to these people who deserve justice. They’ve been unfairly incarcerated.”

This is the first formal effort from the U.S. Capitol to try and bring parity to those communities disproportionately punished by the nation’s racially tinged drug laws. For example, people who have marijuana felonies on their records are often barred from voting and from certain jobs, including many within the cannabis industry. This bill would mean they could more easily make a living – even, if they want, through selling legal marijuana.

In Lee’s hometown of Oakland, incubators and government-sponsored programs focused on training minorities to get into the cannabis industry are thriving, while spots like Maryland – which includes predominantly black Baltimore and Prince George’s County, one of the wealthiest black counties in the nation – are scrambling to catch up after first doling out its 14 marijuana growing licenses to white people.

While others are just catching on to the disparities, Lee has been talking about the issue for years. She remembers standing on stage in 2015 as the National Cannabis Industry Association gave her an award in Las Vegas.

“I looked out into the audience, and I think I saw about two African Americans out of about 900 people – and these were business owners,” Lee tells Rolling Stone. “So when I accepted my award I thanked them and kind of talked about the lack of inclusion and diversity. That began a whole series of conversations about this.”

Those conversations have culminated in Lee’s new push to do away with many of the road blocks that are keeping many minorities out of this new industry, which by some estimates will be worth $50 billion by 2026. While the resolution isn’t expected to pass anytime soon, advocates say it’s a vital part of moving the conversation forward at a federal level.

“It’s a long game,” Queen Adesuyi, a policy associate with the Drug Policy Alliance, tells Rolling Stone. “It’s important that Congress members take both steps to connect these dots from the beginning, just so we don’t see the marijuana industry decades later and start complaining about it then. We’re picking up on the inequities now, now that we have just a few states who’ve been doing it.”