The retirement of Justice Anthony Kennedy from the Supreme Court is the dismal capper on a disastrous week of news for those who believe the court’s current conservatives aren’t neutral umpires in the great game of law and politics, but rather ardent and crafty partisans intent on securing Republican control of government for decades to come. As bad as this just-completed term has been for progressive and liberal causes, there is no reason to think next term, and the term after that, won’t be measurably worse.

In part this is because Neil Gorsuch turned out to be precisely the conservative ideologue his backers bought and paid for during his Supreme Court nomination campaign last year. Gorsuch’s presence this term solidified the court’s conservative majority, ratified the deplorable tactics of Senate Majority Leader Mitch McConnell in blocking Merrick Garland from the post and confirmed the worst fears of progressives who hoped somehow that Chief Justice John Roberts and Justice Anthony Kennedy would somehow morph into the second coming of Republican appointee turned true moderate David Souter. Kennedy never was as “moderate” as progressives often made him out to be. If nothing else, the timing of his departure confirms that.

Take this week, for example, as the justices tossed out opinions on their way to their summer rest. There they were were, Gorsuch, Kennedy and Roberts, all voting to crush public sector unions in a decision that flipped decades-old precedent with barely a pause. They they were, voting to endorse President Trump’s odious travel ban with barely any reflection of the anti-Muslim bigotry that animated it. And there they were again, as always backed by Justices Clarence Thomas and Samuel Alito, ignoring the factual findings of three federal trial judges so they could rescue a flawed, partisan redistricting plan that Texas Republicans drew up to screw over citizens likely to vote against them.

Or take earlier this month, when Justice Gorsuch signed onto a conservative decision which enhances Republican voter suppression efforts and undermines voting rights in Ohio. That case was decided the same day that the court handed down a 5-4 conservative ruling in the case of the Colorado baker who alleged that he had been discriminated against by state officials who called him out for discriminating against gay couples. What did we learn from the Masterpiece Cakeshop decision and the Trump travel ban ruling? That your claims of religious discrimination are taken much more seriously by Gorsuch and company if you are a white Christian than if you are a person of color or LGBTQ citizen.

None of these rulings should surprise anyone. To use a phrase beloved by Gorsuch’s predecessor, Antonin Scalia, “This wolf comes as a wolf,” and it was clear to anyone paying attention last spring that Justice Gorsuch was going to slot himself onto the court to the right of Chief Justice Roberts and Justice Kennedy, and in the middle of the court’s outer right-wing fringe. And he has done precisely that. Consider last week’s Fourth Amendment ruling, Carpenter v. United States, which is correctly seen as a victory for privacy rights and a defeat for warrantless government surveillance. That victory came about only because the chief justice considered the government intrusion too far. For Gorsuch, it was just far enough.

We should not expect any moderation in Gorsuch’s jurisprudence in the years ahead. He is who he is – a living, breathing ode to the Federalist Society – and he will be a consistent vote for employers over employees, for corporations over unions and for religious freedom for conservatives. If he votes to undermine or overturn abortion rights – and I suspect he will – then he will be voting precisely how Justice Scalia did in those cases. And with Kennedy out, there is no reason to think that his replacement will become the fated fifth vote to do away with Roe v. Wade and the precedent it represents. Maybe the chief justice will save abortion rights in America. Maybe not. But Gorsuch won’t. No way. 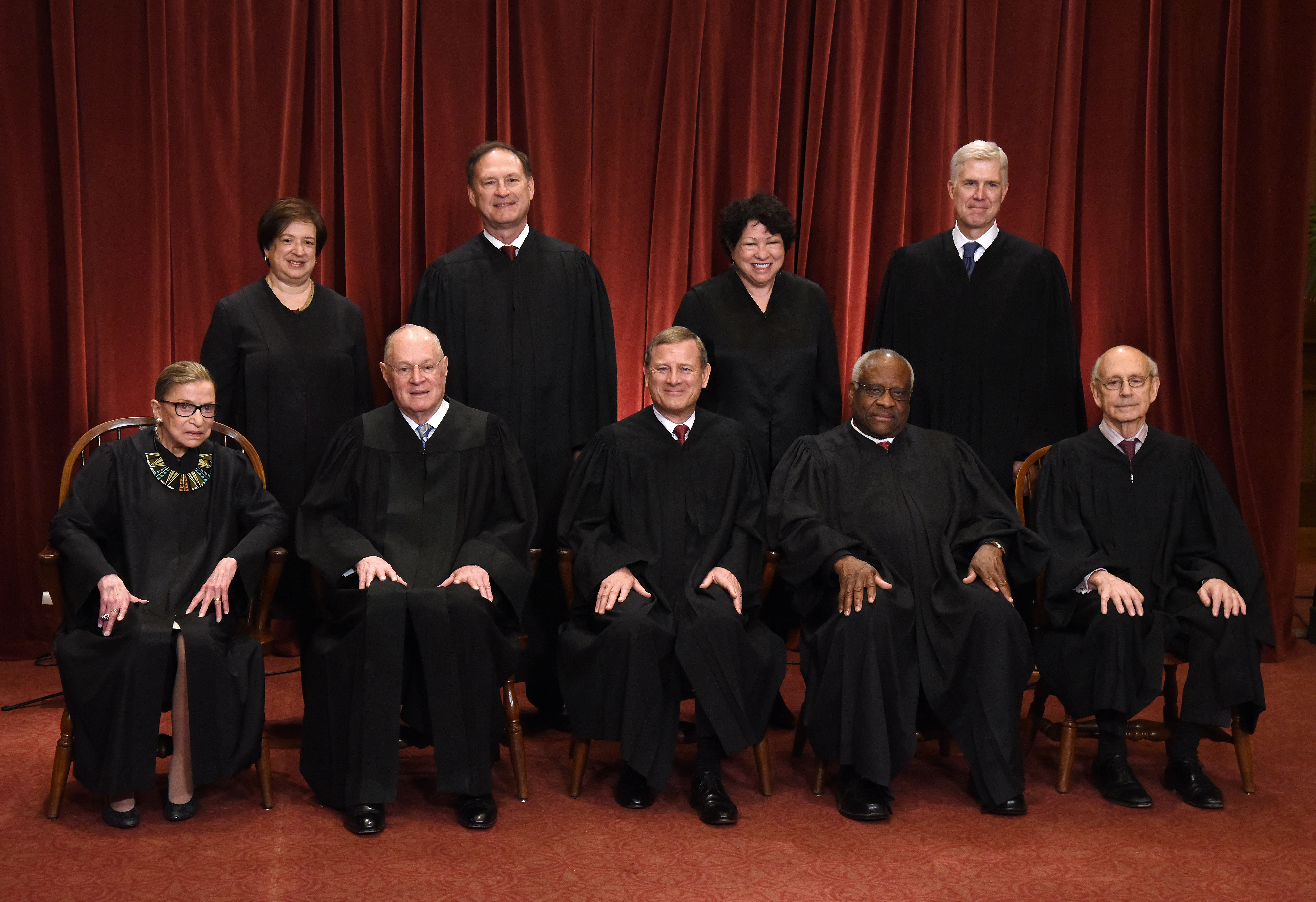 Kennedy’s departure from the court, and Gorsuch’s arrival, don’t just mean that abortion rights are imperiled. The shift also means that LGBTQ rights – so much a part of the narrative of Justice Kennedy’s time on the court – could be and probably will be rolled back. There will likely be an expansion of the death penalty, too, since Kennedy frequently was a fifth vote in favor of restricting it in certain circumstances. A Trump replacement of Kennedy, surely no moderate, will be even less receptive to voting rights causes than Kennedy was. And that is saying something.

So what we are left with today is a vicious cycle from the point of view of those who oppose the politics and ideology of the court’s current majority. Senate Republicans stole the Merrick Garland seat and then gave it to Donald Trump, who in turn selected Neil Gorsuch, who then voted reliably to undermine voting rights and to support partisan gerrymandering, which makes it measurably harder for Democratic voters to oust hacks like Mitch McConnell, which makes it harder for Senate Democrats to reject President Trump’s next nominee to replace Kennedy. All three branches of the federal government aren’t just in Republican control; they are working in concert to maintain that control.

So long as the Senate is controlled by Republicans, so long as President Trump continues to populate the federal bench with archly conservative white men, and so long as the Court continues to be the most conservative it’s been since the 1930s, there is no chance that voter suppression will go away in the elections to come. If the American people want to stop it, they will have to overwhelm the ballot box to overcome the structural advantages Republicans have built into the system. Had they done this in 2016, had Democrats made Merrick Garland a central part of the presidential campaign, had they raised more hell as Sen. McConnell was stealing that Supreme Court seat, we wouldn’t be where we find ourselves today – on the brink of an unprecedented rollback in rights.

The Supreme Court’s complicity in promoting and defending the Republican agenda, and of depriving citizens of their voting rights and rights of political representation, marks a crisis of democracy. It also represents a new low point in the court’s legitimacy. The seeds of the problem, in its modern form, began in December 2000 when the court’s five conservatives in Bush v. Gore ginned up bogus arguments to stop ballots from being counted in Florida. That decision gave us President George W. Bush and he ultimately gave us John Roberts and Samuel Alito, who in turn gave us the court’s 2013 decision in Shelby County v. Holder, the odious voting suppression decision which helped give us Donald Trump.

As bad as things are today, they are bound to get worse with Kennedy gone. If Trump and McConnell work their magic again, and a new Gorsuch-like figure (hello there, Brett Kavanaugh) makes it onto the court, the nation could be in for at least another generation of Republican control on the court. And as the past month’s worth of decisions reminds us, that would guarantee a very different America than the one most of us thought we were moving toward just a few years ago. This was the term, we can now safely say, when the scope of the Republican rout was made clear. When Justice Gorsuch paid back his financial backers, and all the dark money lobbyists, and Justice Kennedy, on his way out, watched it all happen.