So Jeb Bush might be running for president. The rest of the world must be howling with laughter.

Apparently, the American political establishment isn’t just afraid of new ideas, it’s afraid of new people. It wants things so much the same, it’s seeking blood guarantees, like the old Euro aristocracies that sealed military alliances with marriages. It’s pathetic, and if Bush-Clinton turns out to be the general election menu, it’s going to make kleptocratic paradises like the Soviet Union or the PRC look like vibrant democracies in comparison.

And man, could anything be less exciting, less of an inspiration to get the vote out than that lineup? “Vote 2016! Nothing Ever Changes!” People will stay home and hand-remove their own moles before dragging themselves to vote in that contest.

On Christmas, Republicans Quietly Declare War on Themselves

But hoping for anything else increasingly looks like a vain pursuit, now that Jeb has just “announced” that he will “actively explore” a run for the Presidency, whatever that combination of terms means.

The news kicked off a heated debate in the blogosphere over what Bush’s run will mean for conservatives, who will have spent eight painful years waiting to unseat the black Satan and probably had not planned on settling for anything short of a violent repudiation of his administration. Unsurprisingly, the reaction from the base to Jeb’s announcement ranged from mild nausea to outright hysteria.

Probably the funniest bit was on Breitbart.com, where preeminent military-thriller author Brad Thor took time out from talking about himself in the third person and fictionally thwarting elaborate presidential-kidnap plots to denounce Jeb’s entrance in the race. “If Jeb Bush is the nominee, I will never vote Republican again,” he promised, via Twitter.

Putting a Democrat or establishment Republican in the White House in 2016 won’t be sufficient, Thor said.

Laugh all you want at Brad Thor (and laugh you might: his books, which contain lines like “Cradling an H&K MP7 submachine gun in the backseat beneath her burka was twenty-ﬁve-year-old Sloane Ashby,” were almost certainly an unironic inspiration for Team America: World Police). But he’s not wrong. Jeb Bush is not what the conservative base wants, not by any stretch of the imagination.

Conservative voters of the type author describes don’t “sort of” believe in balancing the budget. They believe that it’s a mandatory, day-one prerequisite to other action. They likewise insist that deficit spending of any kind has to be immediately discontinued, and they believe this to be non-negotiable.

They won’t accept any restrictions on gun ownership, and their stance on immigration is unequivocal (as one Tea Party group put it, “Illegal aliens are here illegally”). Moreover their concept of “limited government” isn’t some abstract, rhetorical pose. It’s a concrete idea that entails immediately wiping out massive portions of the federal bureaucracy. 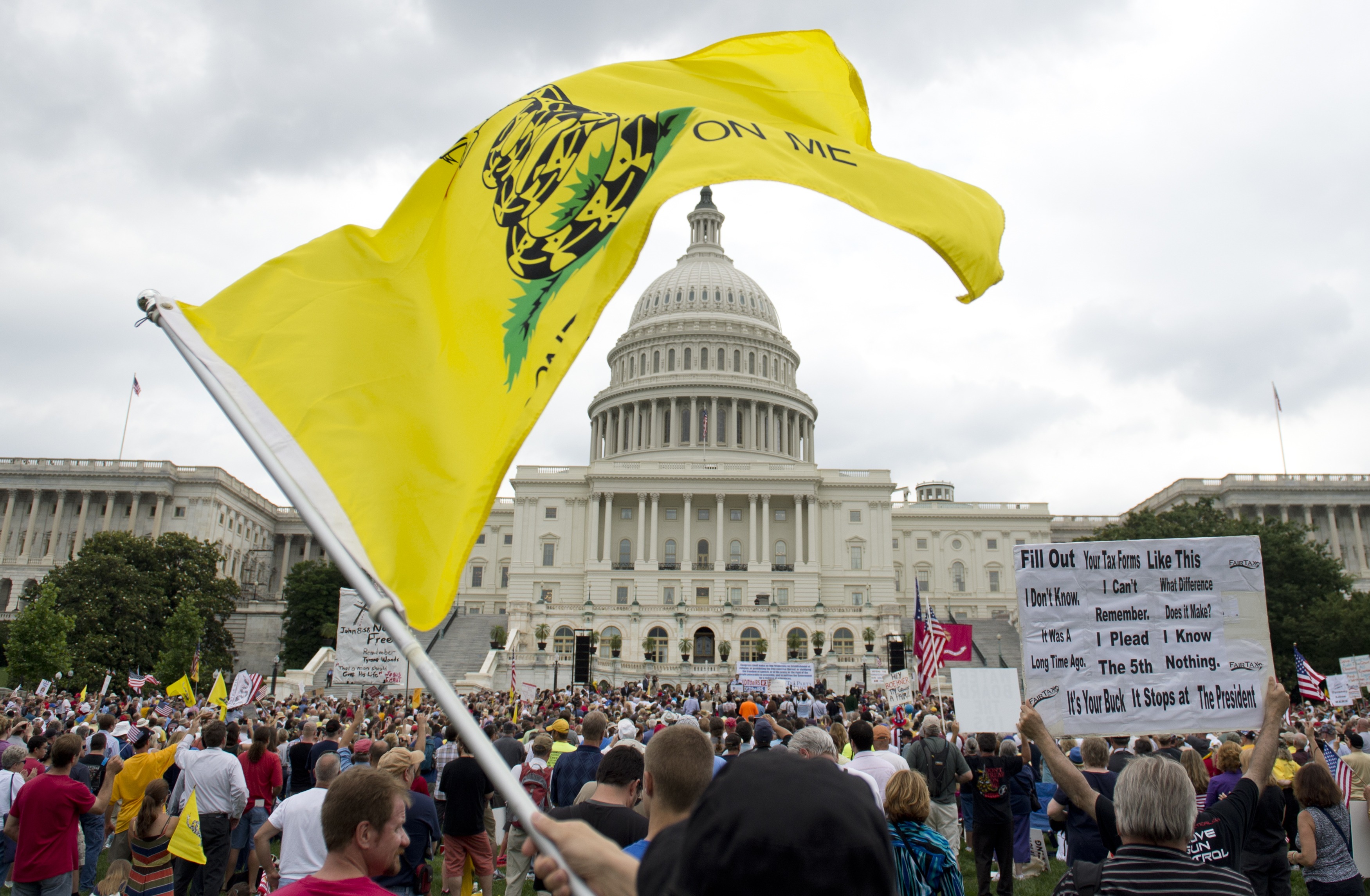 Someone like Jeb Bush, who called immigration an “act of love” and supported Common Core (which was supported by the demonic Obama and which conservatives believe is a heretical federal takeover of education), does not come close to representing their values.

Jeb Bush isn’t just a Beltway insider. He’s literally the biological spawn of the political establishment. He’s not going to come to Washington and (as the base wants and demands) start hurling government bureaucracies out the window in an attempt to clean out the Augean stables of big-government corruption.

Yet we all know that someone like Bush or like Mitt Romney is eventually going to be forced down the throats of Republican voters by the big-money donors of the Beltway. Jeb may not be a hit with Rush or Thor or “the base,” but he’s a hit with the money folks, and everyone, Republican voters especially, , know it.

In the coming days and weeks we’ll be hearing a lot of voices from the Democrat-leaning side subtly (and in some cases not-so-subtly) applauding this process of subverting the desires of conservative voters with sheer financial force. Generally this will come in the form of trying to convince Republicans that Jeb, while maybe not all they want ideologically, is a good horse for the horse race.

While not exactly endorsing Bush, the general thrust of the rhetoric from mainstream campaign watchers will be that Jeb has a good shot at winning and will make things tough for other entrants.

The National Journal’s Ronald Brownstein set the example, writing a scare piece (“Jeb Bush’s 2016 Move Fuels Democratic Debate“) arguing that Democrats should be knocking their spindly little knees in terror before such an imposing figure.

The entrance of Bush, Brownstein loathsomely argues, should make Democrats wonder if passing health care reform was such a good idea, when they could have passed something more “middle-class” (read: white-voter) friendly.

After all, now that the Republicans might be running a guy who speaks Spanish, is married to a Mexican woman, and supported Common Core, it’s no longer a guarantee that the Dems will sweep the minority vote like they have the last two election cycles.

Bush, Brownstein argues, could be a game-changer just in terms of perception of the parties’ relative strengths: while all everyone is talking about now is why Republicans do so badly with minorities, a loss of the White House by a Hillary to a Jeb could flip the script:

I wasn’t a fan of the Affordable Care Act, but the notion that Democrats should have shelved a revolutionary health care program in favor of some kind of superficial handout to the white middle class because Jeb Bush speaks Spanish – well, that tells you everything you need to know about how people inside the Beltway think.

I disagree, obviously, with the politics of the Brad Thors of this world. And I’m with Bill Maher on this one – I’d rather see Jeb Bush be president than, say, Marco Rubio, because I personally prefer that the president be someone who “eats with a fork and a knife.”

But voters, not some miniscule bund of financiers and pundits, should decide elections. One can argue that the Tea Party Platform is not a grassroots movement, that it just represents the wants and needs of a different set of Daddy Warbuckses like the Koch Brothers, who’ve used clever marketing techniques to get the frustrated, dying white middle class to support slashing corporate taxes and deregulating the economy.

But in the conservative platform there are echoes of the real anger and frustration of real people. Check out entry #2 in this Tea Party Platform: “Pro-domestic employment is indispensable.” The Jebs and Hillaries who will head to the general election fattened by money from the same Wall Street banks that financed the relocation of the American manufacturing base from the Rust Belt to places like China and India, they’re not going to be worried about “domestic employment” in the way the Tea Partiers mean.

Voters, even crazy voters, make better choices for the country than behind-the-scenes oligarchs who scheme to keep the field narrowed to an endless parade of the The Same Old Crap. It’s hard to see, because the Schadenfreude factor is so high when the losers are voters who think Barack Obama is a Kenyan-born sleeper agent of Black September, but when the choices aren’t real choices, everyone loses.