The Office of the Inspector General for the Department of Homeland Security is calling for “immediate” action to address “dangerous overcrowding and prolonged detention of children and adults” at Border Patrol facilities in the Rio Grande Valley in Texas. The report includes disturbing photographs of conditions one senior manager at a detention facility called “a ticking time bomb.” 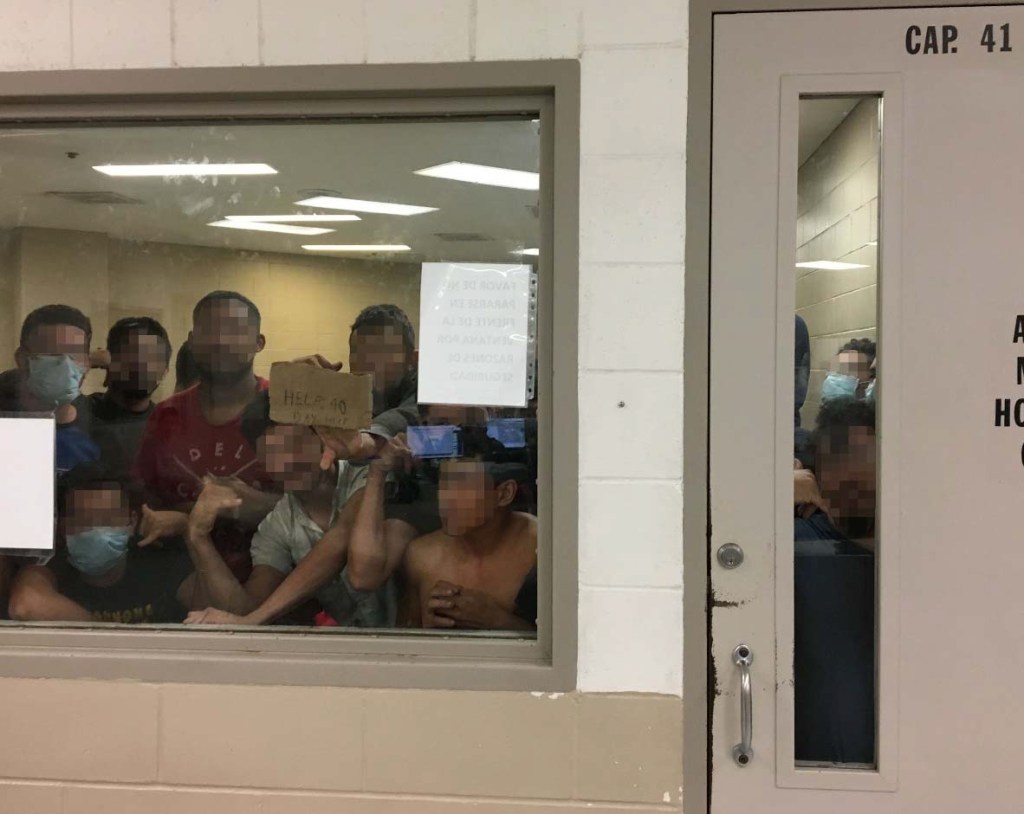 The July 2nd report to Acting Homeland Security Secretary Kevin McAleenan from Acting DHS Inspector General Jennifer Costello provides hard numbers to quantify the overcrowding at the border. At five facilities, Border Patrol was warehousing 8,000 detainees, including 3,400 who had been jailed longer than three days. These facilities are supposed to be used for temporary processing and transfer; detainees are not supposed to be kept for longer than 72 hours. According to the report, 1,500 detainees had been there for at least 10 days. There are thousands of children among these detainees — 2,669 to be exact, with nearly a third of them (826) held longer than the 72 hour maximum. “Additionally, there were more than 50 UACs [unaccompanied alien children] younger than 7 years old,” the report reads, “and some of them had been in custody over two weeks while awaiting transfer.” 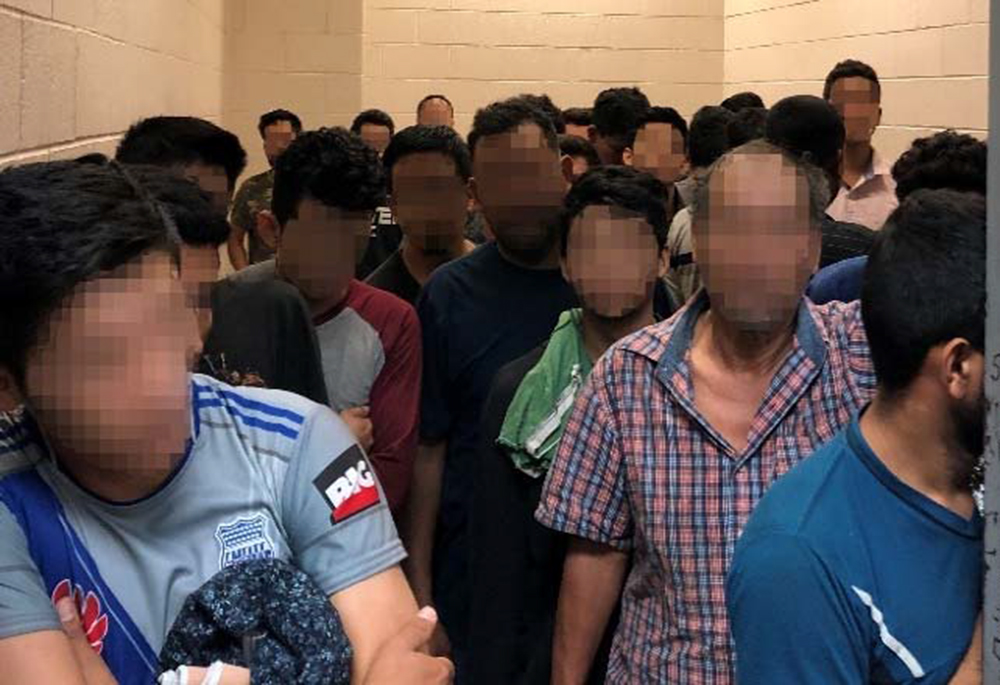 The IG report offers photo documentation of the conditions inside the facilities that have been blasted as “concentration camps” by critics in congress. The images, though of low resolution, capture the desperation of the migrants confined in inhumane conditions. 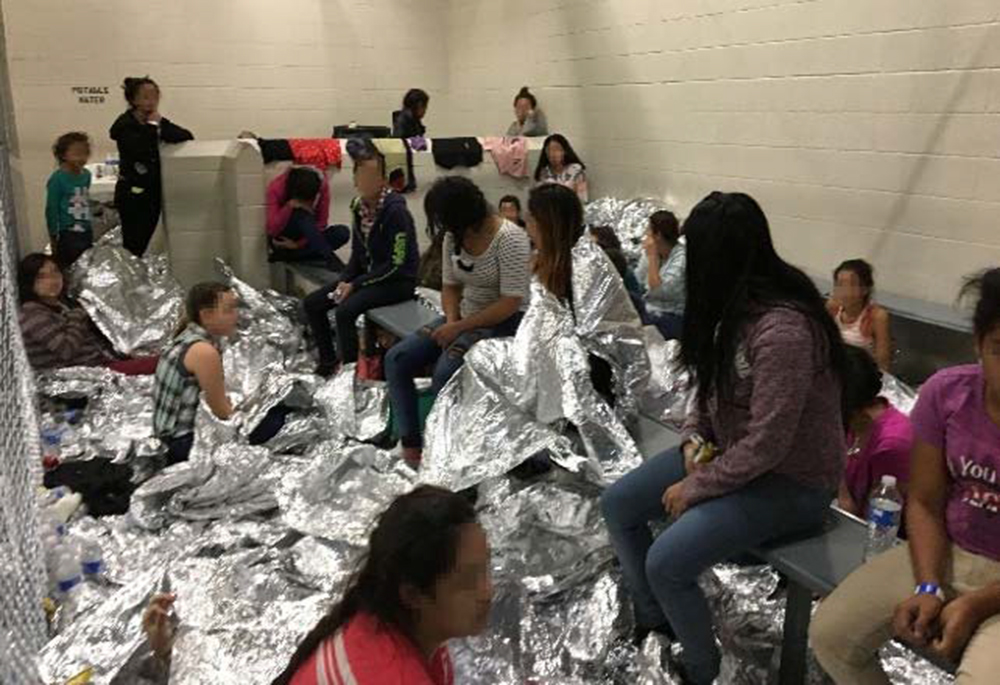 The description of the facilities, particularly those housing children, are appalling. “Children at three of the five Border Patrol facilities we visited had no access to showers. … Children had limited access to a change of clothes,” the report says. “We observed that two facilities had not provided children access to hot meals,” it adds. “Instead the children were fed sandwiches and snacks for their meals.”

The conditions are even worse for adults. Overcrowding is a hazard. “At one facility, some single adults were held in standing room only conditions for a week and at another, some single adults were held for more than a month in overcrowded cells.” The report documents one case of 88 men held in a cell with a capacity of 41 at the Border Patrol’s station in Fort Bowen (documented in the first photo above). 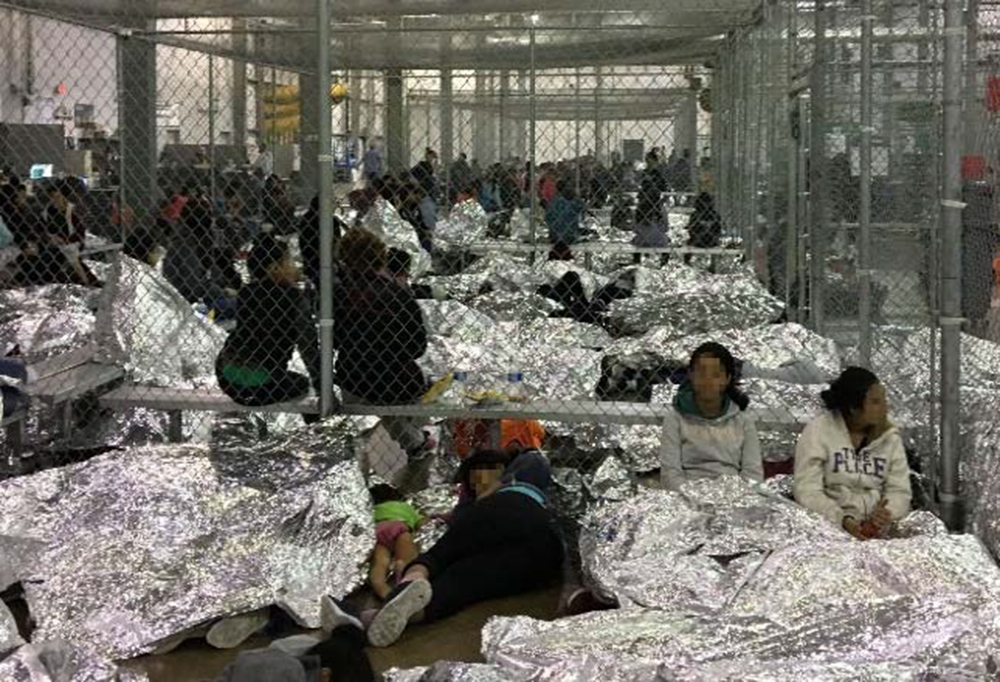 Detainees are being kept in filthy conditions, despite Customs and Border Protection guidelines that they should be allowed to bathe. “Most single adults had not had a shower in CBP custody despite several being held for as long as a month. At some facilities, Border Patrol was giving detainees wet-wipes to maintain personal hygiene,” the report says. “Most single adult detainees were wearing the clothes they arrived in days, weeks or even a month prior.”

When it comes to food, the report states, religious and dietary restrictions are not being honored, with adult detainees being fed “only bologna sandwiches.”

The migrants themselves have begun protesting the horrid conditions of their confinement, including by “clogging toilets with Mylar blankets and socks in order to be released from their cells during maintenance.”

When one group refused to return to a cell after it had been cleaned, Border Patrol “brought in its special operations team to demonstrate it was prepared to use force if necessary.” 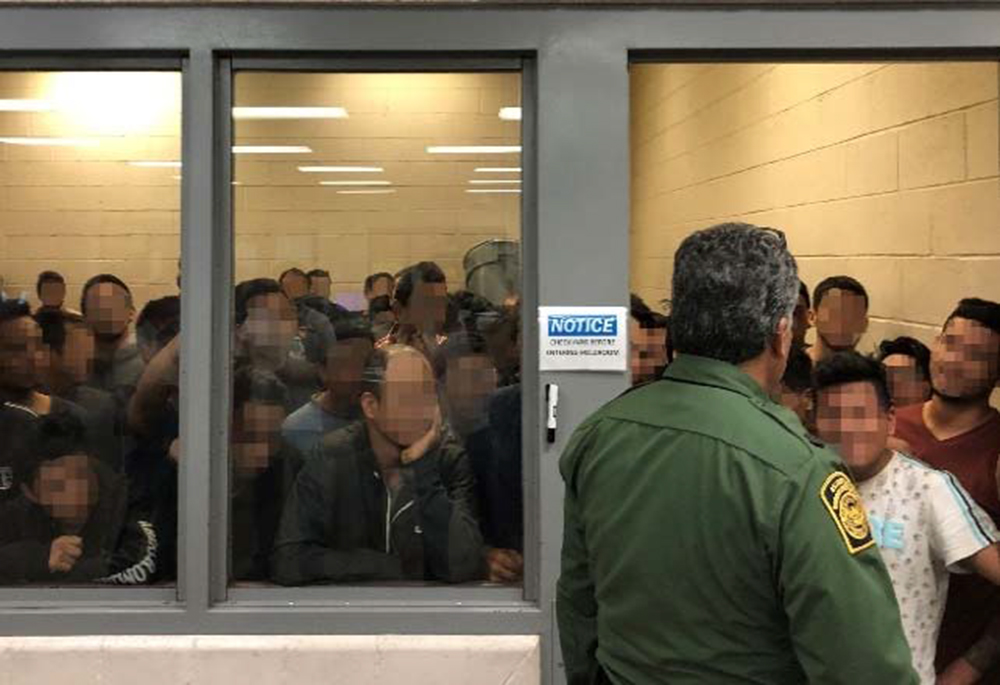 The conditions are creating “an immediate risk to the health and safety of DHS agents and officers” in addition to those detained, according to the report. “We ended our site visit at one Border Patrol facility early because our presence was agitating an already difficult situation.”

The report includes a response from a Homeland Security official, Jim Crumpacker, who claims “DHS is devoted to the care and processing of the individuals in our custody with the utmost dignity and respect.” He describes the influx of migrants at the border as “an acute and worsening crisis” that is “overwhelming the ability of the Federal Government to respond.” Blaming congressional inaction on closing “legal and judicial loopholes” that have “emboldened” migrants, Crumpacker writes that “CBP expects this influx not only to continue, but also to escalate.”

President Trump has responded to this crisis by tweeting unabashed praise for the Border Patrol and insisting many migrants in federal custody “are living far better now than where they came from, and in better conditions”:

Our Border Patrol people are not hospital workers, doctors or nurses. The Democrats bad Immigration Laws, which could be easily fixed, are the problem. Great job by Border Patrol, above and beyond. Many of these illegals aliens are living far better now than where they…..

…..Now, if you really want to fix the Crisis at the Southern Border, both humanitarian and otherwise, tell migrants not to come into our country unless they are willing to do so legally, and hopefully through a system based on Merit. This way we have no problems at all!