Barack and Michelle Obama appeared at the Smithsonian’s National Portrait Gallery in Washington D.C. to witness the unveiling of their official presidential portraits, the New York Times reports. 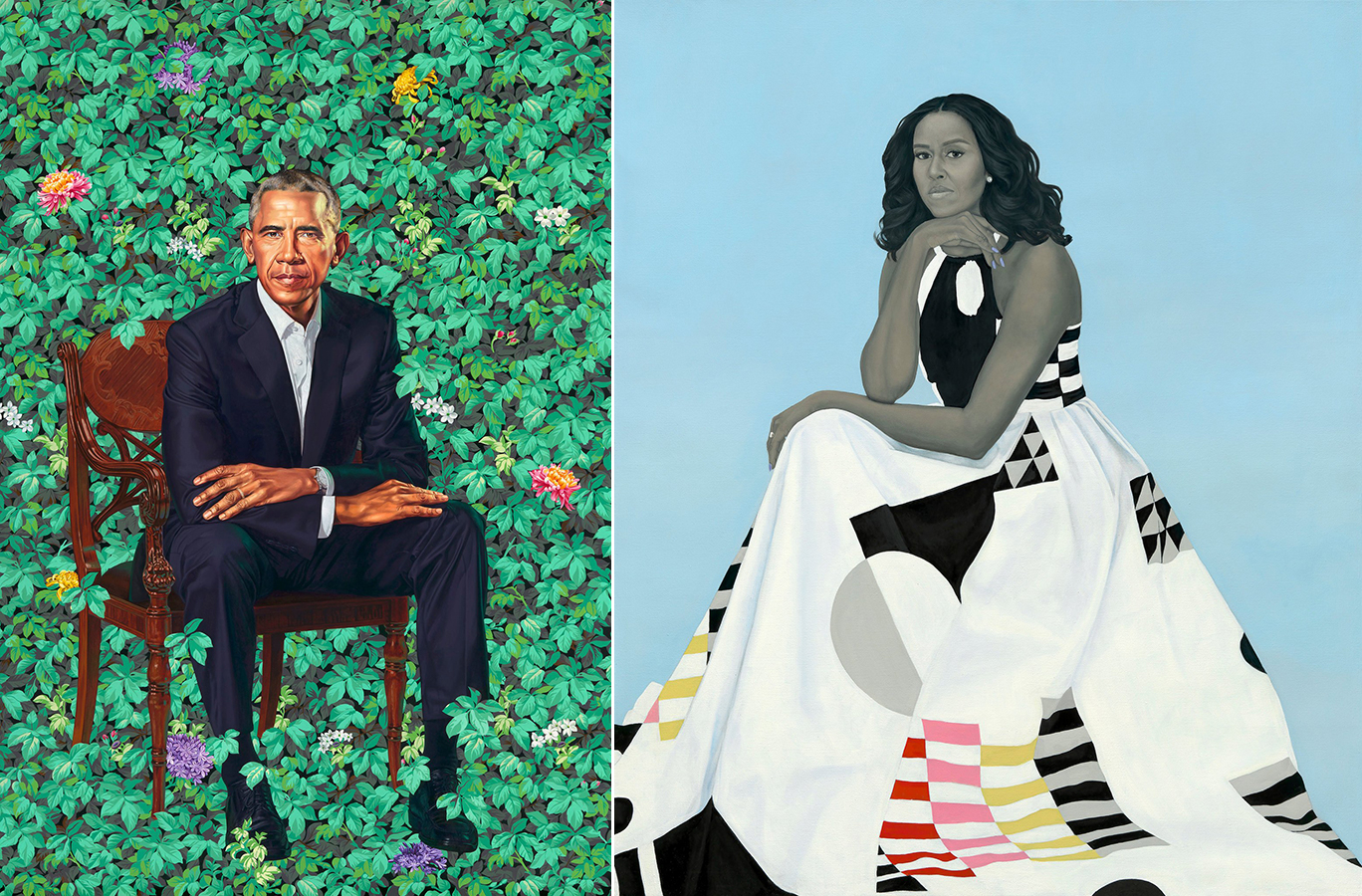 Amy Sherald, the artist tapped for Michelle Obama’s portrait, is known for her depictions of black subjects. Sherald, 44 years old and based in Baltimore, depicted the former first lady in her signature style, which renders skin tones in shades of gray. Wiley and Sherald became the first black artists commissioned by the Smithsonian to produce presidential portraits.

President Obama had fewer notes for Sherald, whom he thanked on Monday “for so spectacularly capturing the grace and beauty and intelligence and charm and – hotness – of the woman I love.”

Barack Obama praises Michelle Obama’s portrait artist “for so spectacularly capturing the grace and beauty and intelligence and charm and hotness of the woman I love.” https://t.co/31IsuBQpNp pic.twitter.com/7tkznasSaA