Mitt Gets His Own 'Google Problem': SpreadingRomney.com - Rolling Stone
×
× 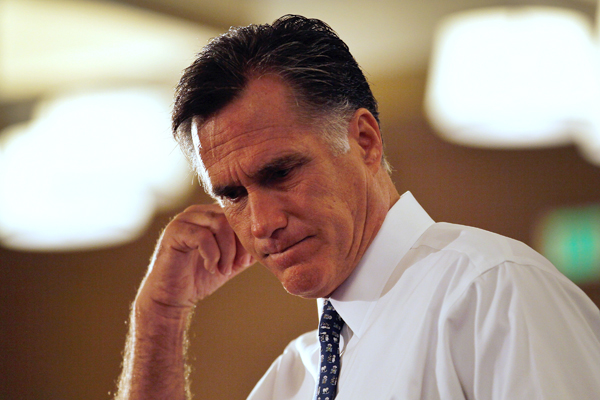 If you Google “Romney,” you’ll find, just below Mitt’s campaign website and his Wikipedia page, a link to SpreadingRomney.com — a site that offers an unsettling redefinition of the candidate’s surname that, yes, includes fecal matter:

This is the same kind of search-engine SNAFU that has long dogged rival Rick Santorum, of course. And it turns out that the campaign to redefine “Romney” is the product of the candidate’s mistreatment of his own dog, Seamus — who was infamously taken on a terrifying ten-hour ride in a crate that Romney had strapped to the roof of the family car.

The creator of the SpreadingRomney.com is 28-year-old Jack Shepler, a web developer and DJ from Indianapolis who describes himself as a political independent.

In an interview with Rollingstone.com, Shepler said he launched the site on January 10th, after reading a Huffington Post article that described the ordeal the led Romney’s Irish setter to shit himself in fear.

Worse than the intitial impulse to drive with his dog on the roof, said Shepler, was Romney’s “deplorable” decision after he pulled over during the trip and found Seamus covered in his own filth. “His reaction was to clean off the van and the dog, and put the dog right back in the carrier,” Shepler said. “You can tell a lot about a person by how they treat animals. The man doesn’t seem to have any empathy. The last person we want as president is a multi-millionaire with no empathy for his own dog, let alone people.”

After initially sharing the story with friends on Facebook, Shepler said, “I had the epiphany to create the site; I registered it, created the page, and added social tools in less than an hour’s time.”

Shepler has delighted in seeing SpreadingRomney go viral. But he says of its rise to #3 in the Google ranks: “There was no special trick to get it there. I simply created the site and made it easy to share.”

What is Shepler’s endgame? Beyond Romney’s mistreatment of a family pet, he says, he wants to draw attention to Romney’s judgment: “I hope to raise awareness for how Romney reacts to situations; good crisis management is pretty important for a presidential candidate.”