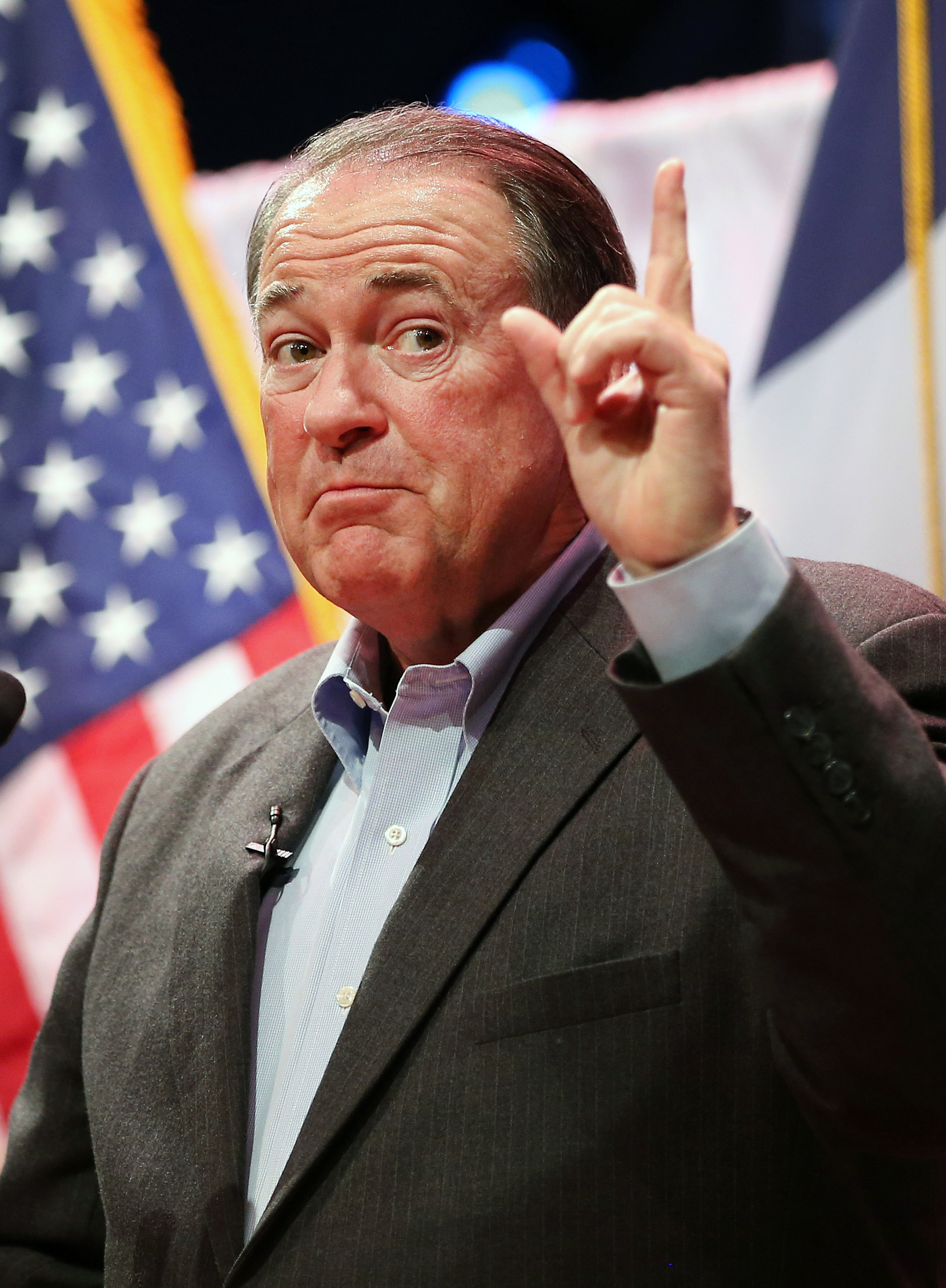 Former Arkansas Governor Mike Huckabee has announced his second bid for the presidency of the United States.

During his announcement speech, Huckabee, a “native son of Hope, Arkansas,” leaned heavily on his small-town roots and religious upbringing. He also established himself as a social conservative, noting that “the Supreme Court is not the supreme being [and] cannot overturn laws of nature or nature’s God,” and mentioned other policy priorities, like doing away with the IRS and fighting jihadism. “We will deal with jihadists as we deal with deadly snakes,” he said.

Huckabee, a former Southern Baptist minister, shares a hometown with former President Bill Clinton — a fact Huckabee’s team is already using to establish him as a serious contender against Democratic frontrunner Hillary Clinton. “Every time I ever ran for public office [in Arkansas], I ran against the Clinton political machine. I ran against their money. I ran against them,” Huckabee recently said at a Republican gathering in New Hampshire, according to The Washington Post.

Huckabee joins a growing field of GOP contenders that includes Ted Cruz, Rand Paul and Marco Rubio alongside Ben Carson and Carly Fiorina, who both jumped into the race in the past week. Factoring in other likely Republican candidates – among them Jeb Bush, Rick Perry, Chris Christie, Rick Santorum and Scott Walker – the field heading into next year’s GOP primary is likely to be even more crowded than during Huckabee’s last failed presidential run in 2008.

In his book published earlier this year, God, Guns, Grits and Gravy, Huckabee further positioned himself as being in touch with rural America, which he calls “Bubba-ville,” in contrast to the “Bubble-ville” of New York City, Los Angeles and Washington, D.C. During promotion of the book, Huckabee raised eyebrows for his comments criticizing the Obamas for allowing their teenage daughters to listen to Beyoncé, whose lyrics he described in his book as “obnoxious and toxic mental poison.”

Huckabee has also made waves for comparing both a failure to act on federal debt and abortion rights to Nazi Germany, and for saying that President Obama grew up in Kenya.