It wasn’t just Donald Trump who dismissed and rejected charges that Russian spies hacked the election last year. Now we know that pretty much the entire Republican party team did so, too – from the Republican congressional leadership down to GOP Secretaries of State in the states whose local electoral systems were under attack. They blithely served as Vladimir Putin’s defense team, even as President Obama’s national security aides were uncovering a vast Russian conspiracy to undermine America’s electoral process.

That’s just one conclusion from a blockbuster investigative piece published Friday by the Washington Post, telling the inside story of the Obama administration’s effort to grapple with the evolving Russian hack-and-leak effort in 2016.

But, based on the reporting by the Post, it’s safe to say that the Obama administration could have done a lot more – a lot more – to alert the public to Moscow’s actions. That they didn’t, out of timidity it appears – fearing that to do so would be too, well, political – will forever be a black mark on Obama’s White House, the U.S. intelligence community and the FBI. (The FBI, you’ll recall, started its inquiry into the Russian attack last July, but kept it secret until former FBI Director James Comey revealed it in March – however Comey didn’t mind blabbing last July about the FBI’s look-see into Hillary Clinton’s email server. Even though that investigation had turned up nothing criminal or even especially noteworthy.)

It’s a sordid tale, and presumably there’s lots more to come. But the Post story goes a long way toward answering President Trump’s June 22nd tweet asking: “If Russia was working so hard on the 2016 Election, it all took place during the Obama Admin. Why didn’t they stop them?” Now, we know why – or at least we know part of the story.

What we learn from the Post is that it wasn’t just the U.S Conspiracy-Theorist-in-Chief, Donald Trump, who denied, deflected and ridiculed charges that Russia was a secret supporter of his (perhaps unwitting, perhaps not) electoral team.

We learn that, in August, when the Obama administration quietly approached Capitol Hill to seek bipartisan support from congressional leaders about the growing evidence of Russian involvement, CIA Director John Brennan couldn’t even get top Republicans to meet with him. We learn that when a caravan of top U.S national security officials finally sat down with members of Congress, the GOP – led by Senator Mitch McConnell – flatly refused to cooperate. We learn that when Jeh Johnson, the secretary of homeland security, contacted people in charge of elections in various states whose election data had been possibly compromised, the Republicans in those states blew him off.

And we learn that Denis McDonough, Obama’s chief of staff, toyed with the idea of a bipartisan commission to take on the Russia spy effort, the White House concluded that it would be impossible to get the GOP on board.

Besides all that, and it’s a lot to digest, we also learn some important clues about the intelligence itself.

There is, of course, a whole segment of the American political class which pooh-poohs the very idea that Russia hacked into the Democratic National Committee, into John Podesta’s email account, and state election systems. And it’s not just Trump – who just yesterday, again, tweeted about the Russia story: “It’s all a big Democratic HOAX!” Plenty of Trumpettes, various fringe and even a few center Republicans agree that it’s a non-story. And there’s a healthy contingent on the left, too, who fall into the camp of the Denialists, including Stephen F. Cohen of the left-leaning magazine The Nation, whose piece this week says, without any facts: “Recent public statements by Obama’s top intelligence officials have indicated, perhaps inadvertently, that Russiagate may have been concocted by those officials. If so, what they have done far exceeds the transgressions of Watergate and should be fully investigated as a truly subversive Intelgate.” 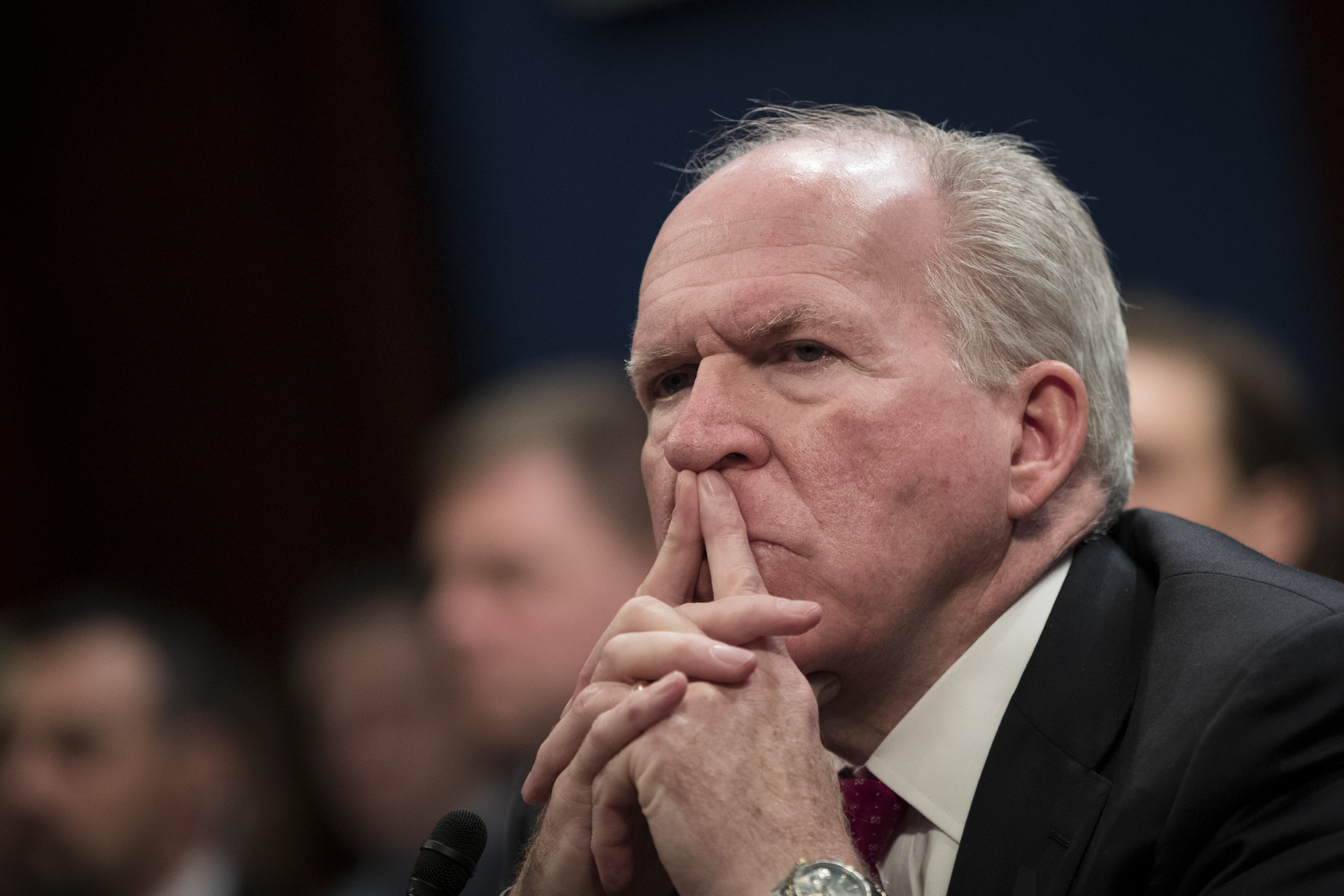 What the Post reveals, in passing, is that the Obama administration’s charge that Russia hacked the DNC, Podesta et al. wasn’t based merely on some remote analysis of the digital trail left behind by Fancy Bear, Cozy Bear and other units allegedly linked to Russia’s FSB and GRU spy agencies. (You can, of course, read the whole U.S. intelligence report, prepared and released in January by Obama’s Office of the Director of National Intelligence.)

That report – which, by the way, steers entirely clear of the separate question of whether or not Trump, his campaign people, and his business associates, and other hangers-on colluded with Russia – doesn’t reveal the underlying intelligence that led to its conclusions.

But the Post article, in its second sentence, states that the administration’s conclusion was based on “sourcing deep inside the Russian government.” In other words, the United States last year had either human collectors (i.e., spies) or electronic access inside the very heart of Moscow’s inner circle – which is how they learned that Putin himself was involved. The Post, it appears, knows more than it’s letting on, saying: “The Washington Post is withholding some details of the intelligence at the request of the U.S. government.” The Post adds, without more details, that some of the intel about Putin’s personal role came via “another country.”

It’s not at all unusual for the U.S. government to announce conclusions about events overseas without releasing the underlying intelligence, to protect the much-talked-about “sources and methods” that the CIA, the NSA, and other agencies utilize. For those who doubt the assertions in the ODNI report – representing the conclusions of all 17 U.S. spy agencies – it’s this failure not to disclose the actual data (photographs, phone and other transcripts, debriefings of spies and agents, and the like ) that allows them to say that nothing has been proven.

But suffice it to say that among those on the Republican defense team, those who’ve actually had a chance to access that underlying intel – most of which has been made available to the members of both the intelligence committees in the House and Senate – haven’t joined the Trump chorus. They’re not the ones who suggest, as Trump did – and as Vladimir Putin himself recently declared – that the hacker may have been some overweight, Frito-eating kid. No, they’re notoriously silent. So, if the intelligence was truly questionable, GOP members of the two Congressional intelligence committees – and some Democrats, too, we’d hope –would be questioning it. They’re not.

The Washington Post provides a depressing tick-tock on how the Obama administration responded as the scope of the Russian attack emerged: direct warnings to the FSB and then to Putin himself, kicking out alleged Russian spies, closing Russian spy facilities outside Washington, imposing sanctions, etc. But the saddest part of the story is that, when the Obama administration had a chance to sound a loud alarm about Russia’s role when it mattered – before November 8th – they didn’t. Said one former top official quoted by the Post: “I feel like we sort of choked.”