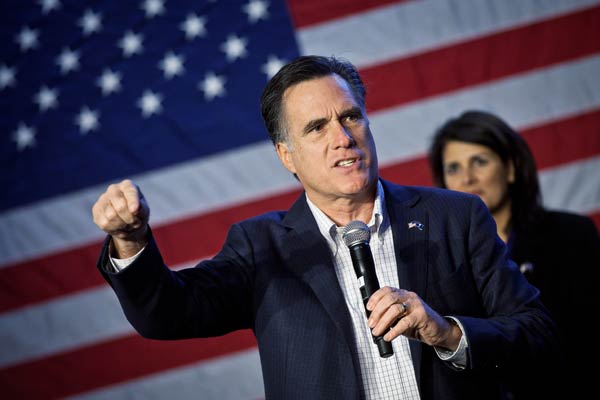 Coming off a cakewalk victory in his vacation-home state of New Hampshire, Mitt Romney is a surer bet than ever for the GOP nomination. He solidly met expectations in the Granite State, and the competition to emerge as the anti-Mitt just got clusterfuckier, with formerly-margin-of-error-candidate Jon Huntsman joining Ron Paul, Newt Gingrich, and Rick Santorum as candidates whose numbers aren’t bad enough to quit just yet.

But socially conservative South Carolina has long loomed as a stumbling block for Romney. He finished fourth there four years ago, and his Mormonism and moderate record on social issues make him a hard sell in the first-in-the South primary.

And as of yesterday afternoon, Romney’s got another big problem to contend with. The “Super Pac” run by Newt Gingrich’s most trusted lieutenant has unleashed a 28-minute attack documentary — The King of Bain — that casts Romney as a job-killing profiteer who is “more ruthless than Wall Street.” We see Romney on camera celebrating the virtues of “creative destruction” in business and getting philosophical: “For an economy to thrive … there are a lot of people who will suffer as a result of that.”

This is an exceptional piece of propaganda, in part because, with just a few minutes of editing, it could run on PBS. Granted, there are a few nasty nuggets of pure demagoguery, including unsubtle references to the “Latin-American investors” who gave seed money to Romney’s private-equity firm Bain Capital, and one devious, lingering shot on a Time magazine coverline about Romney’s Mormon faith. But the overriding sensibility is not Swift Boat — it’s Frontline, replete with a calming voice of God narration and meticulous sourcing to SEC filings, court documents, and the Boston Globe.

The documentary traces Bain Capital’s record of squeezing millions in profits from firms that the company drove into eventual bankruptcy, including factories in Florida and Indiana that anchored middle-class communities, and the once ubiquitous mall chain K.B. Toys, whose failure put 15,000 workers on the unemployment line. It describes how Romney and his Bain colleagues excelled at “turning the misfortunes of others into their own, enormous financial gains.”

The SuperNewt documentary is particularly effective in casting Romney as an agent of Northern agression — the Harvard-educated Boston capitalist who made a millions leaving “workers in the dust.” The down-and-out victims of Romney’s capitalist carpetbagging have tears in their eyes and twangs in their voices. They shake with ill health and outrage. And they cast Mitt as the man who came to town to make a quick buck by hollowing out their livelihoods — slashing wages, shuttering factories, and cheapening products the workers once took pride in.

As much as the film jibes with the ideology of Occupy Wall Street, its message is also pure Tea Party. It seeks to exploit the Republican party’s yawning Wall Street/Main Street divide. And it pulls no punches. Again, it’s hard to describe how compelling the film is; Obama’s virtuoso adman David Axelrod couldn’t have done better at teasing anger and emotion from the everyday folk who appear on camera.

This film was never going to change the state of the race in New Hampshire. Romney was too well known and too well defined there by his performance as the Governor of Massachusetts. But heading into South Carolina, where Romney is already looked at with suspicion, this film has the potential to be hurt him — making him the face of the parasitic greed of Wall Street that’s destroyed so much of this country’s middle class. And should the anti-Mitt vote fail to coalesce around a single candidate, and Romney thereby secure the GOP nomination, this film will surely hobble him in a race against President Obama.