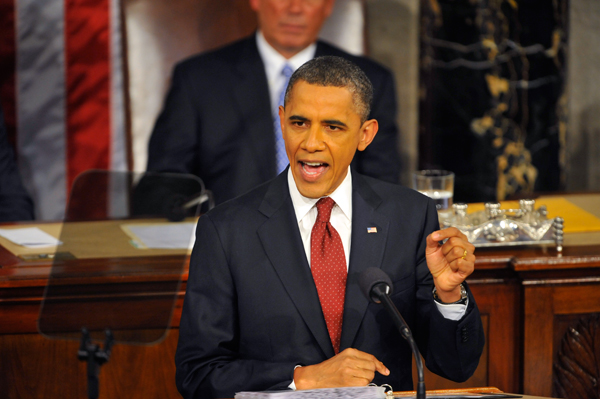 There is a lot to digest in a recent series of events on the Prosecuting Wall Street front – the two biggest being Barack Obama’s decision to make New York Attorney General Eric Schneiderman the co-chair of a committee to investigate mortgage and securitization fraud, and the numerous rumors and leaks about an impending close to the foreclosure settlement saga.

There is already a great debate afoot about the meaning of these two news stories, which surely are related in some form or another. Some observers worry that Schneiderman, who over the summer was building a rep as the Eliot Ness of the Wall Street fraud era, has sold out and is abandoning his hard-line stance on foreclosure in return for a splashy federal posting.

Others looked at his appointment in conjunction with other recent developments – like the news that Tim Geithner won’t be kept on and Obama’s comments about a millionaire’s tax – and concluded that Barack Obama had finally gotten religion and decided to go after our corruption problem in earnest.

At the very least, Obama’s recent acts were interpreted as a public move toward economic populism: if the president was looking to associate himself with that word, he did a good job, since there were literally hundreds of headlines about Obama’s “populism” the day after his State of the Union speech.

I think it’s impossible to know what any of this means yet. There is a lot to sort out and a lot that will bear watching in the near future. Just to recap, here’s what’s at stake right now:

The impending, much-discussed foreclosure settlement is the Obama administration’s great bailout initiative. If it goes through with the kind of tiny numbers being discussed ($25 billion from the banks if California is in the deal, $19 billion if California AG Kamala Harris stays out), then what we’re talking about is a bailout on par with TARP.

The potential liability each of the banks faces from foreclosure litigation is vastly greater than $25 billion, and uncertainty surrounding that litigation is holding the stock prices of all of the major companies (in particular struggling ones like Bank of America) down.

A settlement would release those firms from that potential liability and likely bring massive surges in stock-market investment. It would therefore have a profound strengthening effect on the Too-Big-To-Fail banks. If the Obama administration wanted to be 100% real on the Wall Street crime front, it would suspend this deal pending the investigation by the new mortgage committee. But if the deal does indeed go through, we’ll know that the banks still have major influence with our populist president.

Some people have been confused about Schneiderman’s new role. The new Unit on Mortgage Origination and Securitization Abuses will not be investigating the same abuses covered in the foreclosure settlement. When the public thinks about corruption in the housing markets on the part of the big banks, what it mostly thinks of is robosigning and the other mass-perjury issues, which is the stuff targeted in the foreclosure settlement.

But in fact those problems were a tawdry little sideshow to the more serious crimes of the housing crisis. Schneiderman himself outlined the different after the announcement of the new unit’s creation:

Schneiderman said Wednesday his dual roles — raising concerns about a multi-state settlement with the major banks and investigating the mortgage problem — wouldn’t be at odds.

“These are abuses in the foreclosure process. Our working group is focusing on the conduct related to the pooling and the creation of mortgage-backed securities and issues relating to the conduct that created the crash, not the abuses that happened after the crash.”

My first thought, when I heard about this deal, was that Schneiderman was deciding to compromise on robosigning and other post-securitization abuses, in exchange for a mandate to go after the much bigger crimes, which took place in the origination/securitization stages.

The securitization offenses were massive criminal conspiracies, identically undertaken by all of the big banks, to defraud investors in mortgage-backed securities. If you’re looking for an appropriate target for a massive federal investigation, one that would get right to the heart of the corruption of the crisis era… well, they picked the right target here.

If they were to do a real clean sweep on securitization, the federal prisons would end up literally teeming with senior executives from the biggest banks. A lot of very big names would end up playing ping-pong and cards in Otisville and Englewood.

The question is, how real of an investigation will we get? The fact that Schneiderman’s co-chairs are Lanny Breuer and Robert Khuzami make me extremely skeptical. I’m actually not sure that both men, in an ideal world, wouldn’t be targets of their own committee’s investigation.

Before joining the SEC, Khuzami was senior counsel of the fixed-income desk at Deutsche Bank, which was creating exactly the sort of dicey CDOs that this investigation ought to be targeting.

Breuer, meanwhile, worked for the hotshot defense firm Covington and Burling, which among other things provided legal help that led to the creation of the electronic mortgage registry system MERS.

The MERS issues are probably more the province of the foreclosure settlement, but the banks’ joint efforts to evade the paper registry system are certainly an element of the larger effort to defraud MBS investors that will be covered by this committee. In fact, I’m not sure that mortgage securitization and the proliferation of CDOs and CDS could have taken place on anywhere near the scale that it did without MERS.

So having those two guys attached to Schneiderman’s hip makes me wonder what is going on here. Khuzami’s presence is especially odd. The theoretical reason we need a committee like this in the first place is because the federal agency that is supposed to be doing this work – the SEC – has stubbornly refused to do so.

If as SEC enforcement chief Bob Khuzami has not investigated the vast corruption involved with the creation of mortgage backed securities (it’s called “securitization” – it should be policed by the SECURITIES and exchange commission), then why would he start now? Even leaving out his potential culpability from his Deutsche days, Khuzami has been part of the problem, if anything.

I would feel better about a committee that not only didn’t have a White House flack and a failed/compromised SEC enforcement chief sitting on it, but had nobody with any ties to Wall Street at all. The argument for them would be that we need someone with expertise on the committee, but I’m not buying it. I’d rather see Schneiderman hole up in an abandoned warehouse with ten vice detectives from someplace like Detroit or Miami. And Charles Martin Smith, if they can get him. 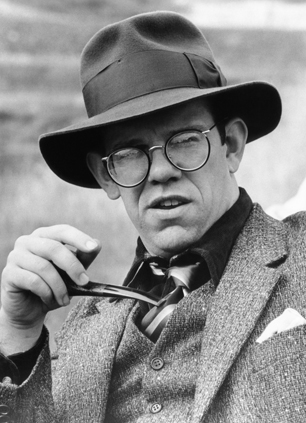 Seriously: despite what people think, the crimes we’re dealing with are not terribly complicated, and any veteran investigator would grasp the basic concept – taking worthless crap and selling it as high-end merchandise – within ten minutes. The most important element contributing to the success of a committee like this is a locked room full of clean hands. And Breuer and Khuzami are not a good start.

But it’s too early to say what is going on. Everything that I’ve heard about Schneiderman in the last year leads me to believe that he’s the genuine article. I haven’t heard a single thing suggesting otherwise. But there are certainly a lot of curious elements here. For one thing, as Yves Smith points out, Schneiderman really isn’t getting much extra authority by taking this post. As New York AG he could already have taken this investigation anywhere he wanted:

It’s clear what the Administration is getting from getting Schneiderman aligned with them. It is much less clear why Schneiderman is signing up. He can investigate and prosecute NOW. He has subpoena powers, staff, and the Martin Act. He doesn’t need to join a Federal committee to get permission to do his job. And this is true for ALL the others agencies represented on this committee. They have investigative and enforcement powers they have chosen not to use. So we are supposed to believe that a group, ex Schneiderman, that has been remarkably complacent, will suddenly get religion on the mortgage front because they are all in a room and Schneiderman is a co-chair?

One thing we do know: Obama’s decision to tap Schneiderman publicly, and dump Geithner, and whisper about a millionaire’s tax, signals a shift in its public attitude toward the Wall Street corruption issue. The administration is clearly listening to the Occupy movement. Whether it’s now acting on their complaints, or just trying to look like it’s doing something, is another question. It’s way too early to tell. But it’s certainly very interesting.