Early Sunday morning, Omar Mateen began killing people in what became the worst mass shooting in U.S. history. Authorities will now study what may have made the 29-year-old go to the Pulse gay nightclub with the intention of ending so many lives.

The Washington Post reported Monday that “although family members said Mateen had expressed anger about homosexuality, the shooter had no record of previous hate crimes.” But that depends on how you categorize domestic violence.

Mateen’s coworker, Daniel Gilroy, who requested a transfer so he wouldn’t have to work with Mateen, describes him as “scary in a concerning way…. He had anger management issues. Something would set him off, but the things that would set him off were always women, race or religion. [Those were] his button pushers.”

Mateen reportedly beat his ex-wife, Sitora Yusifiy, and at one point held her hostage, but was never held accountable. She divorced him after only four months of marriage, citing his mental-health issues. Her family, she says, had to “pull [her] out of his arms.” She describes Mateen as practicing his religion — Islam — but showing “no sign” of violent radicalism. It’s understandable what she means there, but perhaps it’s time our society started to think of physical abuse, possessiveness and men’s entitlement to act in those ways toward women as terroristic, violent and radical.

As Huffington Post reporter Melissa Jeltsen wrote last year, “The untold story of mass shootings in America is one of domestic violence.” According to a conservative estimate by the FBI, 57 percent of the mass shootings (involving more than four victims) between January 2009 and June 2014 involved a perpetrator killing an intimate partner or other family member. In other words, men killing women intimates and their children and relatives are the country’s prototypical mass shooters; these killings are horrifyingly common. In fact, on Sunday, while the world watched in horror as news poured out of Orlando, a man in New Mexico was arrested in the fatal shooting deaths of his wife and four daughters.

Even when intimate partners are not involved, gender and the dynamics of gender are salient. According to one detailed analysis, 64 percent of the victims of mass murders are women and children, and yet the role that masculinity and aggrieved male entitlement plays is largely sidelined. Schools, for example, make up 10 percent of the sites of mass shootings in the U.S., and women and girls are twice as likely to die in school shootings. Gyms, shopping malls and places of worship are also frequent targets, and are similarly places where women and girls are predictably present in greater numbers.

Homophobia is nothing if not grounded in profound misogyny. Regardless of religion or ethnicity, anti-LGTB rhetoric is the expression of dominant heterosexuality that feeds on toxic masculinity and rigid gender stereotypes. Sunday’s mass killing targeted the LGTBQ community — including people who violate gender rules, such as men who are “like women,” per Mateen’s thinking. What’s more, according to several Pulse regulars, Mateen had previously been to the nightclub a number of times, and investigators are also looking into whether he may have been using a gay dating app. It’s still unclear why he might have done those things, but at least a few people have said he may have been gay and closeted, potentially adding another dimension to his homophobia.

The club where the shooting took place, Pulse, had been known as a particularly a safe space for queer and trans people of color, groups who are the target of the fastest growing number of hate crimes in the United States. If Mateen’s choosing Pulse as a target isn’t an indication of aggrieved entitlement and fragile masculinity, I don’t know what is. Pledging allegiance to ISIS, as he is reported to have done in the midst of the shooting, while related in many dimensions to this problem, seems more like a symptom, not a cause. 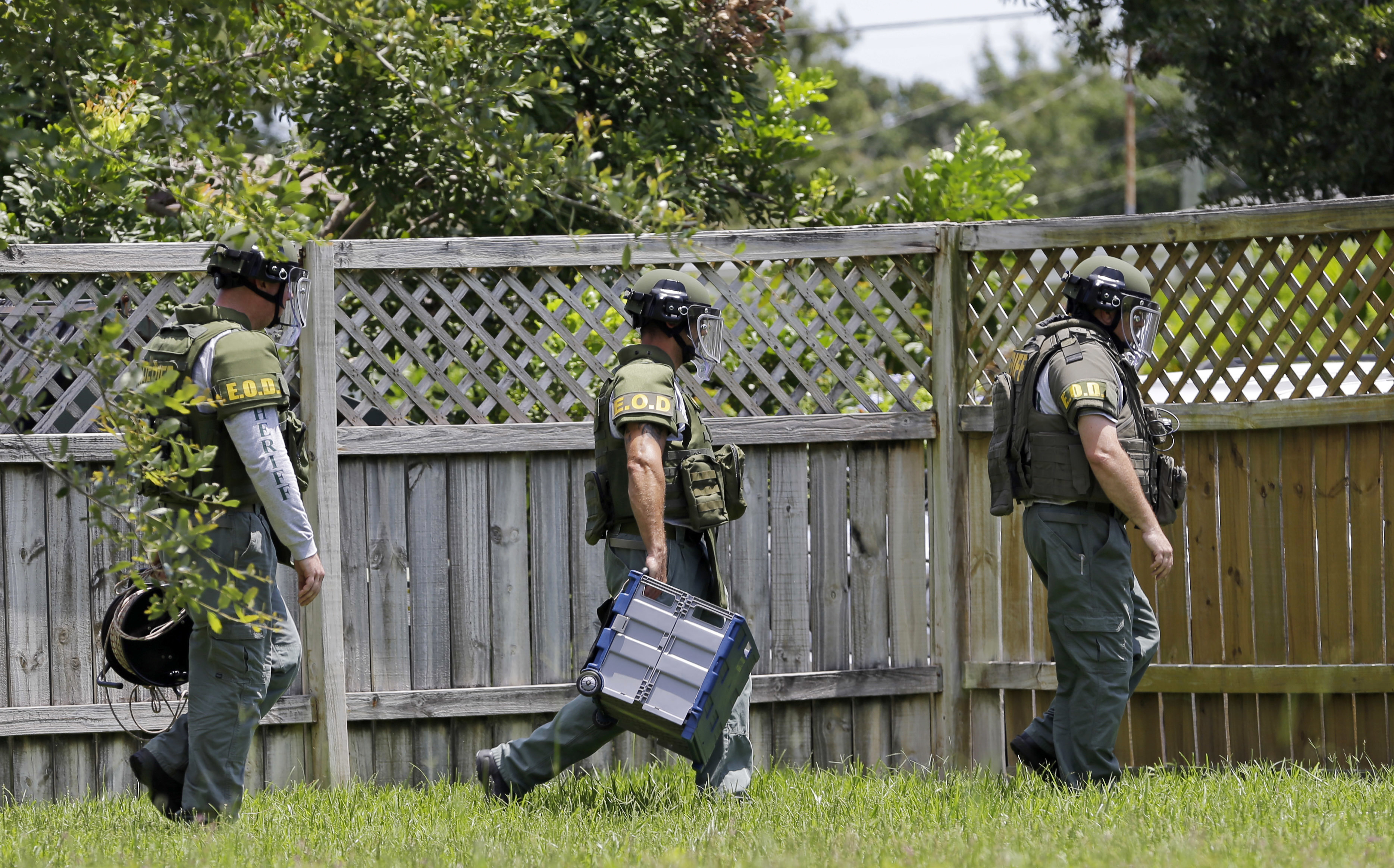 Intimate partner violence and the toxic masculinity that fuels it are the canaries in the coal mine for understanding public terror, and yet this connection continues largely to be ignored, to everyone’s endangerment. It is essential to understand religious extremism (of all stripes), racism, homophobia, mental illness and gun use, but all of these factors are on ugly quotidian display in one place before all others: at home. If experts in countering violent extremism are looking for an obvious precursor to public massacres, this is where they should focus their attentions.

There are major problems to overcome before we’ll see real change, though. First, we need to fundamentally shift how we think about and assess “terror.” Just as the public’s consciousness has been raised in regards to race, ethnicity and the framing of only some agents of violence as “terrorists,” so too should we consider domestic violence a form of daily terror. Three women a day are killed by intimate partners in the United States, and the majority of women murdered are murdered by men they know. There needs to be a dissolution between what we think of as “domestic” violence, traditionally protected by patriarchal privacy norms and perpetrated by men against “their” women, and “public” violence, traditionally understood as male-on-male. Acts of public terrorism such as the one in Orlando Sunday would be less unpredictable if intimate partner violence were understood as a public health and safety issue, instead of as a private problem.

Second, we must address the reasons why many victims of domestic violence are not comfortable going to the police — for instance, the fact that sexual “misconduct” is the second most prevalent form of police misconduct, after excessive force. Additionally, high rates of police brutality, particularly in communities of color, constitute a form of terror. This fact should be inseparable from tolerance for high rates of intimate partner violence in police ranks. Women, and perhaps especially women of color, who might otherwise be able to alert law enforcement about the early signs of violence or radicalization do not currently feel safe or comfortable going to the police.

The third major issue to address is that of violent men and their access to guns. In households where an abusive spouse has access to a gun, women are five times more likely to be killed. And yet, men who violently abuse women they are related to are not barred from owning or buying guns if their domestic violence is never reported to the police or prosecuted. What’s more, gun-rights activists are trying to overturn a 1996 amendment to a federal law that says it’s illegal for a person who’s been convicted of a domestic violence misdemeanor to buy or own a gun. And currently people with restraining orders associated with intimate partner violence are only prohibited from owning or buying guns in fewer than half of U.S. states.

Fourth, it’s time to correlate the known risk factors for intimate partner killing, determined in what is known as a lethality assessment, to other factors that might help predict who will engage in acts of mass shooting and killing. Given the ridiculous pace of intimate partner and mass shootings, there’s no shortage of data to study. We know what behaviors presage men’s murdering women and children and then, often, turning guns on themselves. What if those metrics were integrated into models designed to understand and counter what is traditionally thought of as violence extremism? If, as Jelsten pointed out, experts believe that domestic homicides are “the most predictable and preventable of all homicides” then, given what we know about the inciting incidents in most mass shootings, so too are the majority of acts of public terror.

It does not take intensive analysis or complicated transnational databases to conclude that men who feel entitled to act violently, with impunity, against those they care for will, in all probability, feel greater entitlement to act violently toward those they hate or are scared of.

The sooner we start recognizing this fact, the safer not just women, but all of us, will become.