How Romney Would Slash the Safety Net - Rolling Stone
×
× 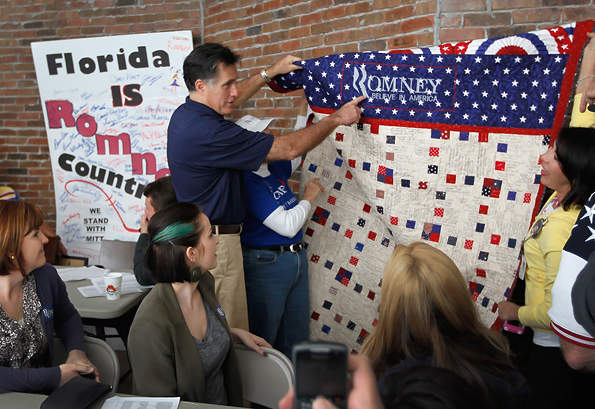 Mitt Romney is furiously backpedaling on his declaration that he’s “not concerned about the very poor.”

In the fullest context, Romney was claiming that the very poor have it alright in America because they can rely on the “ample safety net” of federal programs like Medicaid, adding that if that safety needs repair, “I’ll fix it.”

But Romney has already announced his fix for Medicaid – the health insurance program for the poor and disabled – and it is about as cruel as his gaffe-tastic one-liner suggests.

Currently Medicaid is a hybrid program, with the federal government splitting actual medical costs with the states.

Romney has endorsed Rep. Paul Ryan’s proposal to “block-grant” the federal contribution to Medicaid – and turn the program over to the states. The idea, Romney insists, is to give states more “flexibility” to innovate and control costs.

But that’s bunk. As the CBO’s analysis of the plan makes plain, the idea is to slash future federal contributions to the health care of the very poor. In short, Romney wants to balance the budget on the backs of the most vulnerable members of our society.

How so? First, the block grants don’t grow at the rate of health care inflation (which far outpaces inflation in the broader economy). Second, the grants don’t adjust to account for an aging population that will become more and more expensive to treat. Currently, Medicaid costs are expected to grow at nearly 7 percent a year. The Ryan plan would cap the growth of the federal block grant at roughly 3 percent. Romney, in an astonishing assault on the poor, has said he’d put the cap as low as one percent.

Under the slightly-less-cruel Ryan plan, the federal contribution would be cut by one-third by 2021 – sticking states with $150 billion in unfunded healthcare obligations.

As CBO puts it, “federal payments for Medicaid under the proposal would be substantially smaller.” Even assuming that flexibility creates some cost savings, CBO writes, states would not have enough money to maintain Medicaid as it currently exists. They’re likely be forced to “decrease payments to Medicaid providers, reduce eligibility for Medicaid, provide less extensive coverage to beneficiaries, or pay more themselves.”

When Romney says the very poor are “not my focus,” that’s a lie. He’s focused on squeezing them for every penny he can.