An envelope arrived from the New York State Comptroller’s office the other day, with a check inside for $108. Apparently I’d left it sitting in some bank account years ago, and now it was being returned. Free money is good fun, and where we live $108 buys you the best dinner in town, which my wife and I enjoyed, raising a small toast to the efficiency of the Empire State’s comptroller, Thomas DiNapoli.

But only a small toast. Because as smoothly as DiNapoli seems to perform the basic duties of his office, he has so far whiffed on the one great chance he’ll ever have to really affect the world. He’s continuing to invest billions of pension dollars in big oil, even as the industry refuses to grapple seriously with global warming. Because of his high-profile insistence on “engagement” with the industry, he’s become a stand-in for a thousand other political “leaders” who can’t quite summon the nerve necessary to break with the fossil-fuel industry, even when science and economics are making it clear where the future must lie. It’s so much easier to keep doing what you’ve always done – but at this point inertia is the planet’s most powerful enemy, and DiNapoli is threatening to become inertia’s avatar.

How to Tell If Your Reps Are Serious About Climate Change

The movement for fossil-fuel divestment was partly born in the pages of this magazine six years ago, when an essay of mine went unexpectedly viral. That piece showed the new math of climate change: The big oil, gas and coal producers had reserves in the ground that contained five times the carbon any scientist said we could burn and stay below the catastrophic temperature rises that the planet’s governments had pledged to avoid. That is, the business plans of Exxon and Chevron and Shell and the rest committed them to wrecking the planet – simple math, simple physics and simple morality. If it’s wrong to wreck the planet, it’s wrong to profit from the wreckage.

That argument was enough to get the ball rolling. Students at hundreds of campuses around the world launched divestment campaigns that echoed the one against South African apartheid a generation ago. The first school to divest was tiny Unity College in Maine, which pulled its $13 million endowment in November 2012. By this winter, the University of California system, biggest in the hemisphere, had joined, along with a third of the universities in the U.K., and the World Council of Churches, and dozens of Christian denominations and Catholic diocese, as well as many of the biggest foundations on the planet. Even the Rockefeller heirs, who trace their fortune to the original oil baron, have sold their shares. By now endowments and portfolios worth more than $6 trillion have divested in part or in whole, and it’s become by far the biggest effort of its kind in history.

And intriguingly, most of the recent converts have been moved as much by self-interest as by moral fervor. As the years have gone by, the fossil-fuel sector has dramatically underperformed the rest of the economy. That’s because it’s under increasing and unrelenting pressure from new technology – the ever-cheaper solar and wind power that everyone can see will take a huge chunk of their business away. So now it’s also the largest insurance company in France that’s divested, and the sovereign wealth fund of Norway (the biggest pool of money on Earth, earned from North Sea oil wells). When New York City decided to divest in January, the press conference was held in a building flooded by Hurricane Sandy – clearly fear of climate change was the key reason for divestment, and they lit up the Empire State Building green that night to make the point. But the green, as Mayor Bill de Blasio was quick to point out, also stood for the money the city was saving its pensioners by ensuring that they weren’t stuck paying for the fossil-fuel decline.

There have been holdouts, of course – Harvard, run by a “board of overseers” drawn heavily from Wall Street, refused to participate officially. And then there’s DiNapoli, who’s played the most intriguing role. So far he’s failed to divest the state’s $200 billion in pension funds from fossil fuels despite a demand from New York’s Gov. Andrew Cuomo that he do so, and despite the example set by the state’s biggest city, whose own comptroller, Scott Stringer, has become an outspoken advocate for divestment. Though DiNapoli clearly has the political backing to divest the state’s holdings, he’s continued down a different path, promising to “engage” with the fossil-fuel companies instead, to somehow turn them green. In the meantime, it’s business as usual. In fact, the state continues to run up its investment in Exxon, filthiest of them all – it’s now the fifth-biggest investment in New York state’s portfolio.

Shareholder engagement with companies can be a powerful tool: Big investors routinely use their clout to argue for, say, more diverse representation on company boards of directors, or for modest changes in the way they do their business. But it’s an approach that’s never made much sense with the fossil-fuel industry, where the problem is not some flaw in the business plan. The flaw is the business plan. Exxon exists to dig up hydrocarbons and sell them so they can be burned. DiNapoli apparently thought he could force real change: For years he and others sponsored resolutions at Exxon annual meetings demanding reforms. Finally, a year ago, the company grudgingly agreed to prepare a “climate risk report” showing how the fight against global warming might stress their business model. It wasn’t much of a victory, but it seemed like something to show for all that work. DiNapoli, being a politician, issued a press release praising himself. “Exxon’s decision demonstrates that investors have the power to hold corporations accountable and to compel them to address our very real climate-related concerns,” he said.

But he and his like-minded colleagues were being played for fools. Exxon took just a few weeks to prepare the report, and when it came out it showed the company hadn’t changed one whit. Climate change posed essentially no risk to its future, Exxon insisted. It still planned on burning almost all its reserves, and indeed would go on exploring for new oil. It was Lucy with the football, and DiNapoli was Charlie Brown lying on his back. To add insult to injury, the industry arranged for the Trump administration to lift a block on offshore oil drilling along the Atlantic coast – including Long Island, where DiNapoli began his political career. As an environmentalist.

So the question is, what happens next. Exxon, for instance, has another shareholder meeting later this month. Big investors have already announced that they find Exxon’s climate-risk report “defective.” It’s possible that they’ll just ask for another one and the charade will carry on for a few more years, and a few more tenths of a degree, and a few more inches of sea-level rise. It’s a dance everyone has grown comfortable with. The Independent Petroleum Association of America recently wrote a letter to the Financial Times saying “active engagement will always be the practical choice for investors,” the operative word being “always.” 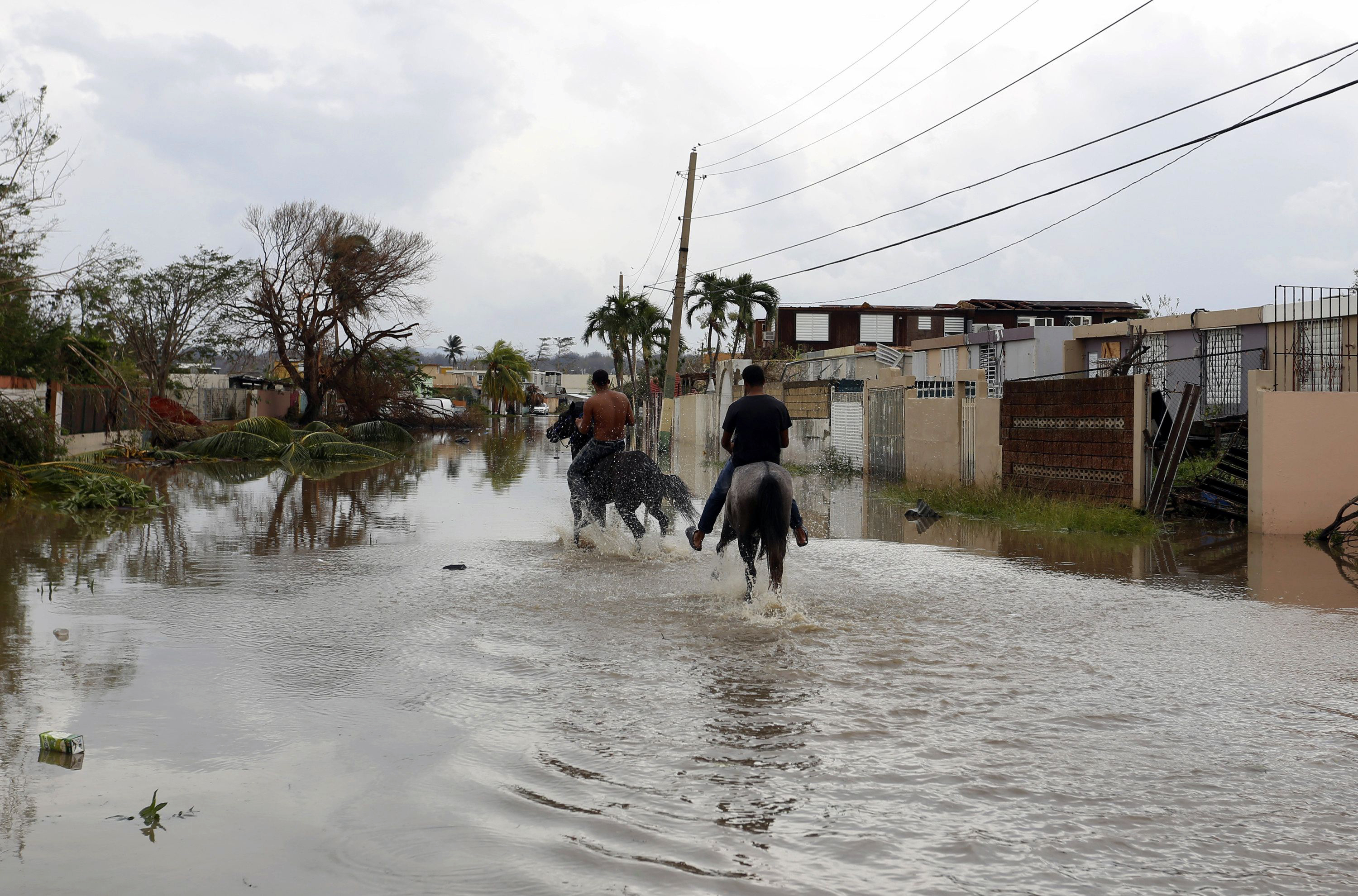 If you wonder why the oil industry doesn’t mind the DiNapolis of the world using it as an occasional punching bag, it’s because the alternative – divestment – truly scares them. In the past six months, a pair of academic studies have demonstrated that the six-year campaign has had two powerful effects. One of those studies showed that divestment had dragged the issue of climate change, and the oil industry’s culpability for it, squarely into the political mainstream, “dramatically alter[ing] the climate change debate.” That was our aim as campaigners from the start – we wanted to help take away fossil fuel’s social license. But even we were surprised to read the other study, which demonstrated that divestment had actually begun to cost the industry real money. As the researchers put it, “We’ve concluded that investors, and the market as a whole, perceive divestment as integral to the long-term valuation of the fossil fuel industry. Lower share prices increase the costs of capital for the fossil fuel industry, which in turn decreases their ability to explore new resources.” Which is just what the physicist ordered.

The oil industry is slowly being cornered, like the tobacco industry before it. Just as they once promised to go “Smoke Free,” towns across the country are now pledging to go “Fossil Free,” banning new fossil-fuel projects and committing to 100 percent renewable energy for all. New York City is suing the five biggest oil companies for the damages that came with climate change; so are San Francisco and Seattle, where the county executive put the case plainly: “The companies that profited the most from fossil fuels should help bear the costs of managing these disasters,” he said, and it’s hard to disagree – or to add up the potential damages. Sea-level rise alone is likely to be costing the planet tens of trillions (with a T) of dollars by the end of the century – and even at their most profitable back in the dirty old days, oil companies didn’t make that kind of money. Cities are likely to be underwater, but so are investments.

So the moment has come when the steady stream of divestment announcements needs to turn into a flood. And Tom DiNapoli might still turn out to be a bit of a hero. After all, no one can claim to have tried longer and harder to make Exxon and its ilk see the light. And he’s still trying: Reached for comment, DiNapoli’s office told me, “Given Exxon Mobil’s disappointing 2 degree scenario report, we continue to push the company to adapt to the growing low carbon global economy.” But in March, DiNapoli and Cuomo announced the creation of the Decarbonization Advisory Panel, which will evaluate divestment and other strategies for dealing with climate change. Its first meeting was in early May, and when DiNapoli made a recent campaign stop in Manhattan’s West Village, journalists reported that divestment was his office’s “goal,” but that DiNapoli said it needed to be done carefully to avoid damaging pensioners: “We have to balance it. I’m going to approach it in a very deliberate way,” he said.

Which would be fine with the divestment movement, which from its start has asked only that leaders commit to selling stock, and take a maximum of five years to do it. But with carbon dioxide hitting levels not seen in 15 million years, DiNapoli and others need to get the ball rolling right this minute, standing up to the anti-science policy pouring out of Washington. What matters is the message that he and others decide to send, the level of courage these leaders muster. Because it’s not DiNapoli’s fault that Exxon won’t budge – it turns out that the tiger in the tank simply won’t change his stripes. It’s only DiNapoli’s fault if he won’t budge, he and the others like him who cling to the old normal. You wouldn’t have guessed the state comptroller of New York might make a palpable difference in how high the seas will eventually rise or how many species will persist into the next century. But he and a thousand others like him could – and it would be a gift worth far more than that $108.