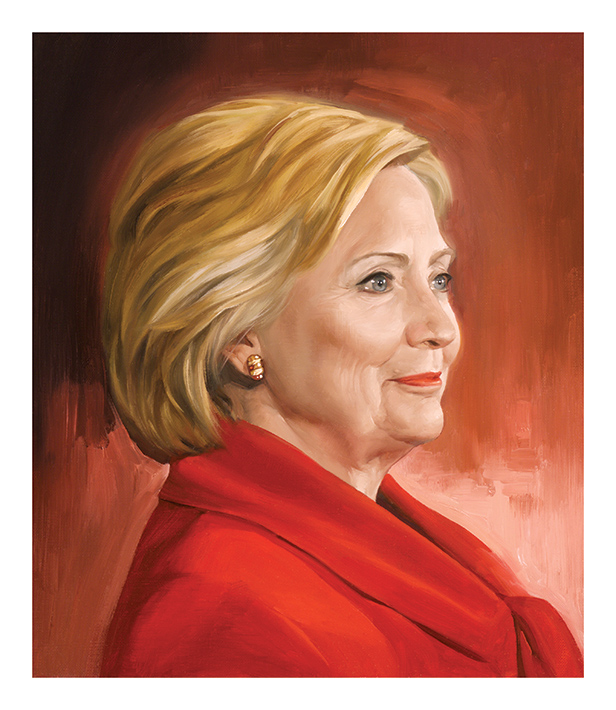 It’s hard not to love Bernie Sanders. He has proved to be a gifted and eloquent politician. He has articulated the raw and deep anger about the damage the big banks did to the economy and to so many people’s lives. He’s spoken clearly for those who believe the system is rigged against them; he’s made plain how punishing and egregious income inequality has become in this country, and he refuses to let us forget that the villains have gotten away with it.

I’ve been watching the debates and town halls for the past two months, and Sanders’ righteousness knocks me out. My heart is with him. He has brought the Occupy Wall Street demonstrations to the ballot box.

But it is not enough to be a candidate of anger. Anger is not a plan; it is not a reason to wield power; it is not a reason for hope. Anger is too narrow to motivate a majority of voters, and it does not make a case for the ability and experience to govern. I believe that extreme economic inequality, the vast redistribution of wealth to the top one percent — indeed, to the top one percent of the one percent — is the defining issue of our times. Within that issue, almost all issues of social injustice can be seen, none more so than climate change, which can be boiled down to the rights of mankind against the oligarchy that owns oil, coal and vast holdings of dirty energy, and those who profit from their use.

Hillary Clinton has an impressive command of policy, the details, trade-offs and how it gets done. It’s easy to blame billionaires for everything, but quite another to know what to do about it. During his 25 years in Congress, Sanders has stuck to uncompromising ideals, but his outsider stance has not attracted supporters among the Democrats. Paul Krugman writes that the Sanders movement has a “contempt for compromise.”

Every time Sanders is challenged on how he plans to get his agenda through Congress and past the special interests, he responds that the “political revolution” that sweeps him into office will somehow be the magical instrument of the monumental changes he describes. This is a vague, deeply disingenuous idea that ignores the reality of modern America. With the narrow power base and limited political alliances that Sanders had built in his years as the democratic socialist senator from Vermont, how does he possibly have a chance of fighting such entrenched power?

I have been to the revolution before. It ain’t happening.

On the other hand, Hillary Clinton is one of the most qualified candidates for the presidency in modern times, as was Al Gore. We cannot forget what happened when Gore lost and George W. Bush was elected and became arguably one of the worst presidents in American history. The votes cast for the fantasy of Ralph Nader were enough to cost Gore the presidency. Imagine what a similar calculation would do to this country if a “protest vote” were to put the presidency, Congress and the Supreme Court all in the hands of the extreme right wing that now controls the Republican Party.

Clinton not only has the experience and achievements as first lady, senator and secretary of state, but a commitment to social justice and human rights that began for her as a young woman. She was one of those college students in the Sixties who threw herself into the passionate causes of those times, and she continues to do so today.

The debates between Clinton and Sanders have been inspirational; to see such intelligence, dignity and substance is a tribute to both of them. The contrast to the banality and stupidity of the GOP candidates has been stunning. It’s as if there are two separate universes, one where the Earth is flat and one where it is round; one where we are a country that is weak, flailing and failing; the other, an America that is still a land of hopes and dreams.

I keep hearing questions surface about her honesty and trustworthiness, but where is the basis in reality or in facts? This is the lingering haze of coordinated GOP smear campaigns against the Clintons — and President Obama — all of which have come up empty, including the Benghazi/e-mail whirlwind, which after seven GOP-led congressional investigations has turned up zilch.

Battlefield experience is hard-won, and with it comes mistakes but also wisdom. Clinton’s vote authorizing Bush to invade Iraq 14 years ago was a huge error, one that many made, but not one that constitutes a disqualification on some ideological purity test.

Rolling Stone has championed the “youth vote” since 1972, when 18-year-olds were first given the right to vote. The Vietnam War was a fact of daily life then, and Sen. George McGovern, the liberal anti-war activist from South Dakota, became the first vessel of young Americans, and Hunter S. Thompson wrote our first presidential-campaign coverage. We worked furiously for McGovern. We failed; Nixon was re-elected in a landslide. But those of us there learned a very clear lesson: America chooses its presidents from the middle, not from the ideological wings. We are faced with that decision again.

In 2016, what does the “youth vote” want? As always, I think it has to do with idealism, integrity and authenticity, a candidate who will tell it like it is. It is intoxicating to be a part of great hopes and dreams — in 2016 it’s called “feeling the Bern.”

You get a sense of “authenticity” when you hear Sanders talking truth to power, but there is another kind of authenticity, which may not feel as good but is vitally important, when Clinton speaks honestly about what change really requires, about incremental progress, about building on what Obama has achieved in the arenas of health care, clean energy, the economy, the expansion of civil rights. There is an inauthenticity in appeals to anger rather than to reason, for simplified solutions rather than ones that stand a chance of working. This is true about Donald Trump, and lamentably also true about Sanders.

Sanders blaming Clinton’s support of “free trade” policies for the loss of jobs in Detroit is misleading. The region’s decline began as foreign automakers started making and exporting cars of clearly superior quality. The Big Three saw their market share slipping, and pressed the White House to enact import quotas on foreign cars instead of facing the competition head-on and improving their own products. This backfired when foreign companies built their own factories in the United States and directly took on Detroit.

Politics is a rough game, and has been throughout American history. Idealism and honesty are crucial qualities for me, but I also want someone with experience who knows how to fight hard. It’s about social and economic justice and who gets the benefits and spoils of our society, and those who have them now are not about to let go of their share just because it’s the right thing to do. And Clinton is a tough, thoroughly tested fighter.

Elections have consequences. Bush brought us into a war that still plagues us today; he authorized massive tax cuts for the rich and the corporations; abandoned the Middle East peace process; ushered in the worst financial crisis since the Depression; and totally neglected the climate emergency.

This election is even more consequential, a tipping point like none since before the Civil War. We are at the culmination of a decades-long effort by the right wing to take over the government. Historian Sean Wilentz told this story in Rolling Stone. The House, the Senate and, until a month ago, the Supreme Court are under the thumb of special interests and the extremely wealthy, who seek to roll back decades and decades of legislative progress that have furthered “life, liberty and the pursuit of happiness.” And most horrifying of all, they would stop the world’s last-minute effort to fight climate change, where the stakes are the fate of civilization as we now know it.

When I consider what’s in their hearts, I think both Clinton and Sanders come out on the side of the angels; but when I compare their achievements in the past decades, the choice is clear. This is not the time in history for a “protest vote.”

Clinton is far more likely to win the general election than Sanders. The voters who have rallied to Sanders during the primaries are not enough to generate a Democratic majority in November. Clinton will certainly bring them along, and add them to the broad coalition that Democrats have put together in the past to take the presidency, as did Bill Clinton and Barack Obama.

On the question of experience, the ability to enact progressive change, and the issue of who can win the general election and the presidency, the clear and urgent choice is Hillary Clinton.