Five Mind-Blowing Charts on the War on Pot - Rolling Stone
×
×

Thanks to the citizens of Colorado and Washington, the tide is turning in the War on Pot. But the true toll of marijuana prohibition has been little studied – and poorly understood. A blockbuster report from the ACLU lays out the scope, the costs and the targets of this war in stunning detail. Here are five unforgettable charts from “The War on Marijuana in Black and White”:

1) Over the last two decades, marijuana possession arrests have soared by 193 percent to 784,021 in 2010. They now account for nearly half of all drug arrests in the country. 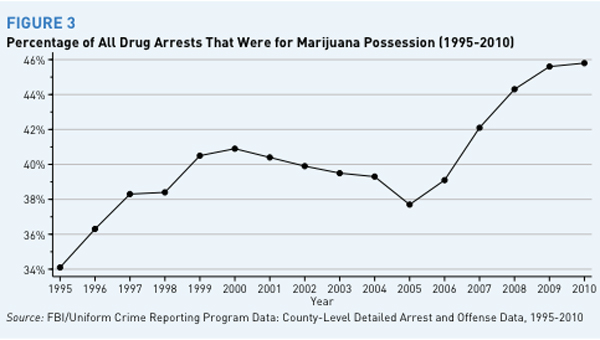 2) New York and Texas top the nation in making marijuana arrests – 97 percent of which are for simple possession. 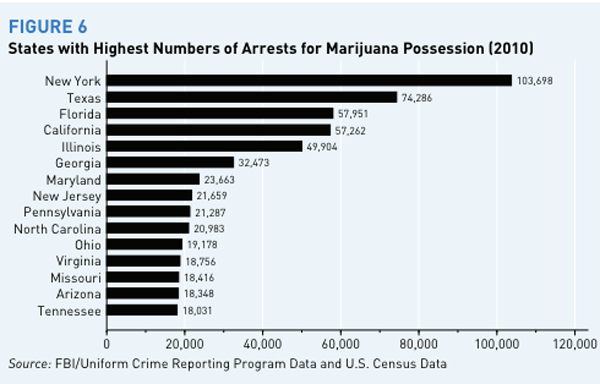 3) The United States wasted a collective $3.6 billion on marijuana possession enforcement in 2010, led by the nation’s capital, where the per-capita cost of pot prohibition is greater than $40 a year. 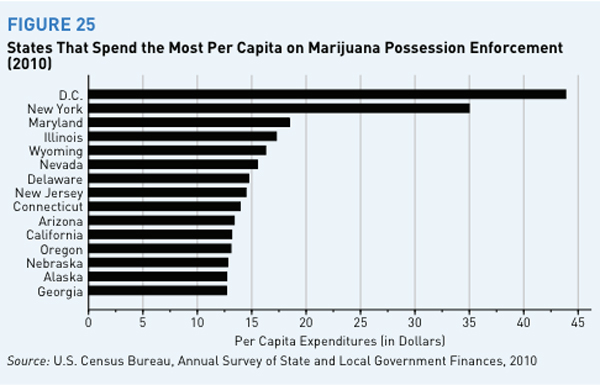 4) Marijuana consumption has remained stable in the last decade, and there is no meaningful disparity in the rates that black and white Americans smoke pot. 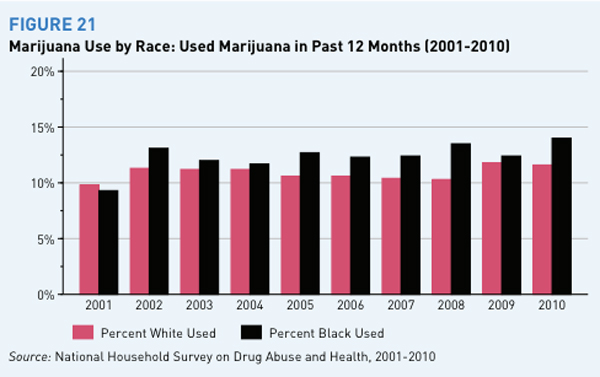 5) The racial disparity in arrest rates for marijuana possession, however, ought to shock the conscience of every American. 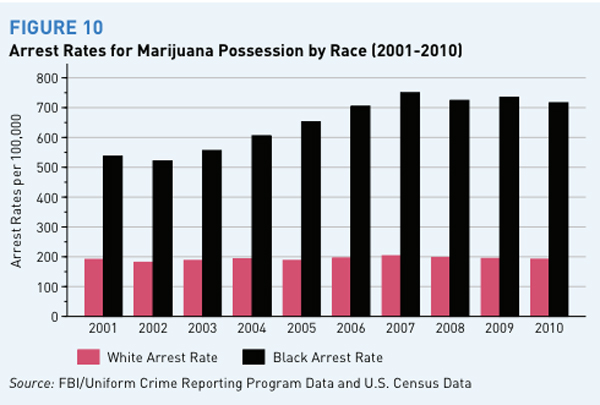