Alexander Nix, the ousted CEO of Cambridge Analytica, the now-defunct data firm that worked on Donald Trump’s 2016 presidential run, made his long-awaited return to Parliament on Wednesday. It was Nix’s first appearance in front of U.K. lawmakers since Cambridge Analytica’s allegedly illegal data practices were revealed to the world, sparking a global reckoning over how tech companies like Google and Facebook harvest, share and monetize the personal data of the billions of people who use their platforms. But anyone hoping for repentance, regret or answers to even basic questions from Nix was out of luck.

What we got, instead, was a galling display of victimhood and evasion. Nix blamed the “global liberal media” for unfairly targeting his firm that, quite literally, unfairly targeted unsuspecting Facebook users. He blamed former colleagues who had spoken out for nursing a grudge against him. He characterized Cambridge Analytica whistleblower Christopher Wylie, who helped expose the company’s murky origins, ties to alt-right leader Steve Bannon and dubious business practices, as “resentful” and a “liar.”

Taibbi: An Ode to the Feeble Corporate Apology

“So, you are the victim in all this?” one member of Parliament, Brendan O’Hara, asked.

“If you’re sitting where I am right now,” Nix said, “you’d probably feel quite victimized.”

Over the course of three-and-a-half hours, Nix’s responses veered from outright denials to bald defiance and thinly veiled anger at his questioners. Confronted with his own comments from an undercover investigation by the U.K.’s Channel 4 that showed Nix telling a potential political client about the use of honeypots, bribes and other underhanded tactics, he mustered an unconvincing denial. He now said that he meant those tactics had been used by other companies, not his own. “I didn’t commit to doing anything for them,” he said. “I simply played along and listened to this potential client’s desires.”

“Surely any reasonable person would think that was an offer?” MP O’Hara asked.

“You don’t need to sit there and sully my reputation; I’ve already done that to a worldwide audience,” Nix replied. “It was foolish of me, and it was a well-crafted entrapment, sting – whatever you want to call it.” Ever the Old Etonian, he added: “Chapeau” – hat’s off – “to Channel 4 for destroying an excellent British technology company.”

Cambridge’s downfall began in March, when the New York Times and the Observer reported that the company had harvested the personal Facebook data of up to 50 million people, most without their consent or knowledge, as part of the company’s business strategy that included electing Republican politicians such as Trump and Sen. Ted Cruz (R-TX). Backed by millions of dollars from the wealthy right-wing Mercer family, Nix and his team used that Facebook data and much more from thousands of other sources to build personality profiles of 230 million American voters in an effort to sway their opinions. (The results of those efforts were decidedly mixed.) “We exploited Facebook to harvest millions of people’s profiles. And built models to exploit what we knew about them and target their inner demons,” Wylie told the Observer. “That was the basis the entire company was built on.” 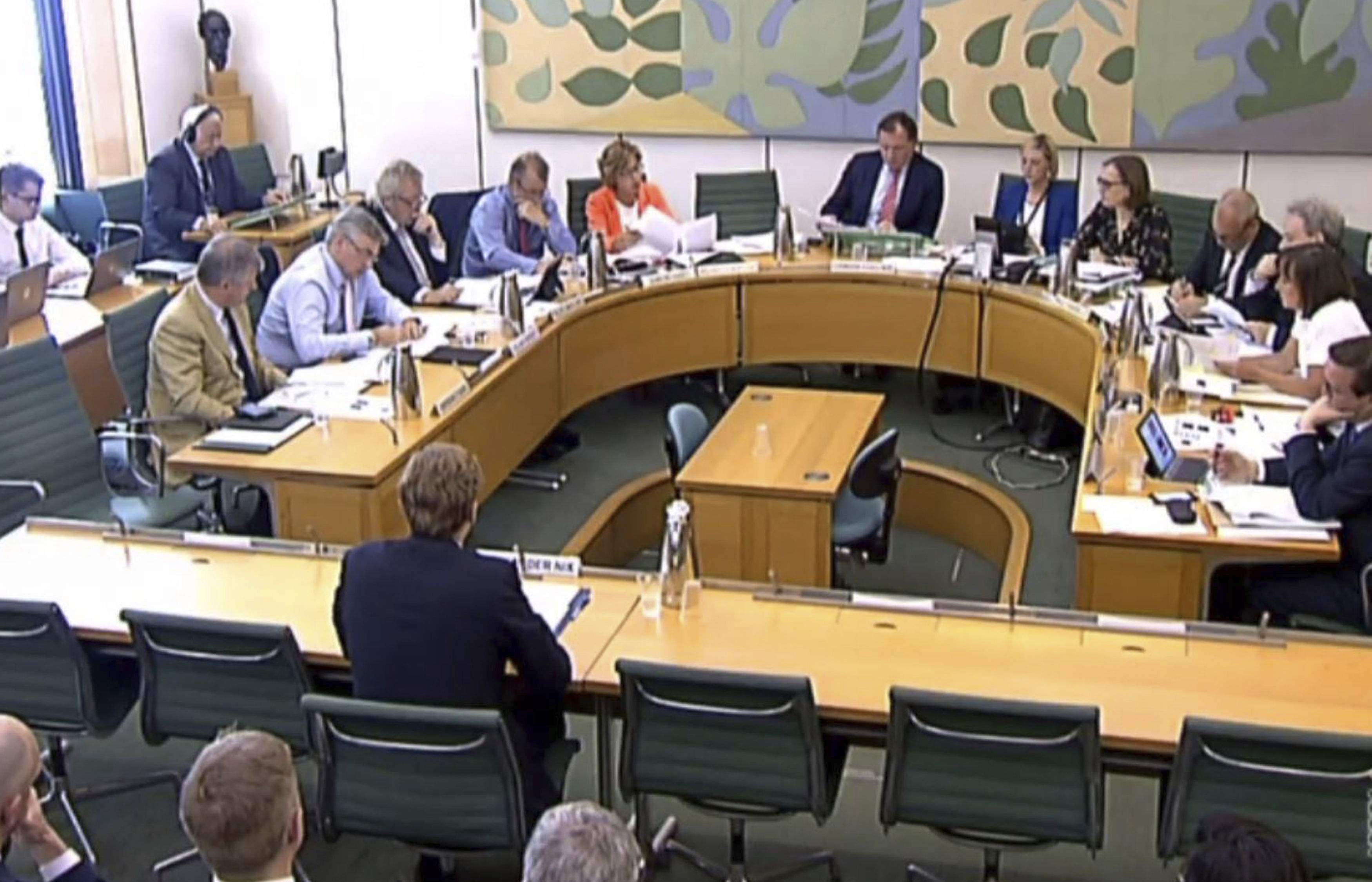 Facebook later said that the number of users affected by the breach was as high as 87 million. In the weeks that followed, Facebook CEO Mark Zuckerberg faced tough questions (and some pathetic ones, too) from lawmakers in the House and Senate. Facebook as a company lost more than $50 billion in market value in a matter of weeks as government agencies and law enforcement officials opened investigations into privacy and data practices in Silicon Valley and beyond.

Facebook’s stock has since recovered, and the company is trying to move on from the data controversy. The same can’t be said for Cambridge Analytica. The fallout from the Channel 4 sting, coming on the heels of the data-harvesting revelations in the media, led to Nix’s eventual removal as CEO. Cambridge Analytica itself went into a tailspin. On May 2nd, the company announced that it was shutting down.

Through it all, however, nagging questions remained. Why did Nix tell Parliament in February that Cambridge had not obtained or used bulk Facebook data when the evidence showed his company had done exactly that? Was it true that Cambridge, as Wylie told U.K. and U.S. lawmakers, had pitched Lukoil, the Russian energy conglomerate deeply tied to the Kremlin? What exactly did Cambridge do in connection with the 2016 U.K. Brexit referendum?

Nix offered a less-than-convincing mea culpa for why he’d previously misled Parliament when asked about Cambridge’s use of Facebook data. “It was my firm impression that [MP Damian] Collins’ questions were about whether we were currently in possession of the data … so I answered no,” he said. “When I read the transcript, it became clear that Mr. Collins was also asking whether we had ever held it. Clearly, the answer should have been yes.” He brushed aside the connection between Cambridge, Lukoil and the Russian government as “another one of these ludicrous, ludicrous conspiracy theories” put forward by Wylie. He disagreed with Wylie’s claim that Cambridge played a “pivotal” role in the Brexit referendum (the company prepared a detailed fundraising and microtargeting plan for a pro-Leave group, though it denies it did any paid work) as a “conspiracy theory.”

And on other still-unexplained subjects, Nix simply refused to talk. An MP pressed him repeatedly about who Cambridge’s investors were and the role of the Mercer family in underwriting Cambridge. Still, Nix didn’t budge. When the same MP asked about the potential illegality under British law of a U.S. citizen bankrolling a company that worked in U.K. elections, Nix said he couldn’t talk about it, citing an ongoing investigation.

This exchange, in the end, may have been the most revealing of Nix’s responses. Back in March, two days after Cambridge’s data-harvesting scandal broke, two of Robert Mercer’s daughters were quietly made directors of a hitherto unknown British company named Emerdata Limited. The other directors included Nix, two senior-level Cambridge executives, and a Hong Kong businessman tied to Trump ally and war-contractor Erik Prince. Was Emerdata a Plan B for Nix and his colleagues?

That idea was shot down by the founder of Cambridge’s parent company. But Nix’s steadfast refusal to divulge even the slightest information about his big-money backers suggests that he still has a relationship with funders that he wants to keep intact. If that’s the case, then it’s a fair bet that we haven’t heard the last of Nix.