President Trump concluded his announcement that the United States will withdraw from the Iran deal with a message of peace: “Great things can happen for the peace and stability that we all want in the Middle East,” he said. “There has been enough suffering, death, and destruction. Let it end now.”

The world is apparently just going to have to trust Trump’s foresight on this one, because “peaceful” isn’t a word many people would use to describe what has transpired in the two days since the decision. Iran’s ayatollah has hinted he may ramp up the nation’s nuclear program, Saudi Arabia has said they’re ready for an arms race, and an exchange of airstrikes between Iran and Israel has reportedly left as many as 23 people dead in Syria. In the United States, concern has mounted that military action might be necessary to prevent Iran from developing a nuclear weapon, and experts are fearing a repeat of the 2003 Iraq invasion.

Here’s the rest of what has taken place over the past 48 hours since Trump scrapped the deal:

1. Confusion in the United States

Outside of satisfying a grudge against President Obama, it’s been hard to comprehend Trump’s rationale for pulling out of the deal. France, Germany, the United Kingdom, China and Russia all advised Trump to remain in the agreement, as did a bipartisan coalition of over 100 national security veterans, a group of more than 90 atomic scientists and scores of other experts. By opting to tear up the deal rather than work to amend it, Trump has destabilized the Middle East, further distanced himself from world powers and opened the door for Iran to develop new nuclear weapons.

After the announcement was made, several prominent figures from both parties came out in opposition, including Barack Obama, Joe Biden, Condoleezza Rice, Jeff Flake, Jimmy Carter and John Kasich, among others. (Don’t worry, though – Paul Ryan, Mitch McConnell and Lindsey Graham still stand with the president.)

There are few issues more important to the security of the US than the potential spread of nuclear weapons or the potential for even more destructive war in the Middle East. Today’s decision to put the JCPOA at risk is a serious mistake. My full statement: https://t.co/4oTdXESbxe

“In a democracy, there will always be changes in policies and priorities from one Administration to the next,” Obama wrote of the decision. “But the consistent flouting of agreements that our country is a party to risks eroding America’s credibility, and puts us at odds with the world’s major powers.”

The Trump administration has been short on cogent points in explaining the president’s decision. Following the announcement, two state department officials gave a press briefing in which they attempted to rationalize pulling out of the agreement, but it quickly went off the rails once reporters were allowed to ask questions. “We think we’re going to be in a safer place,” was about all the officials could offer.

2. Iran suggests it could resume its nuclear program

The day after Trump’s announcement, International Atomic Energy Agency chief Yukiya Amano noted that Iran was still complying with the deal. “As of today, the IAEA can confirm that the nuclear-related commitments are being implements by Iran,” he said in a statement.

But Iran’s supreme leader, Ayatollah Ali Khamenei, hinted that the nation may ramp up its nuclear program now that the U.S. has backed out of the deal. “When the nuclear issue started, some of the elders of the country said, ‘Why the insistence on keeping the nuclear power? Let it go,'” Khamenei reportedly said on Wednesday when speaking to a group of teachers in Tehran. “Of course, this was a wrong thing to say. The country needs nuclear power and according to experts, the country will need 20,000 megawatts of nuclear electricity.”

Khamenei also offered a lovely response to President Trump’s view that a regime change is needed in Iran. “Wait for the day when Trump is dead, his corpse is fed on by snakes and insects, but the system of the Islamic Republic will still be standing,” he said. 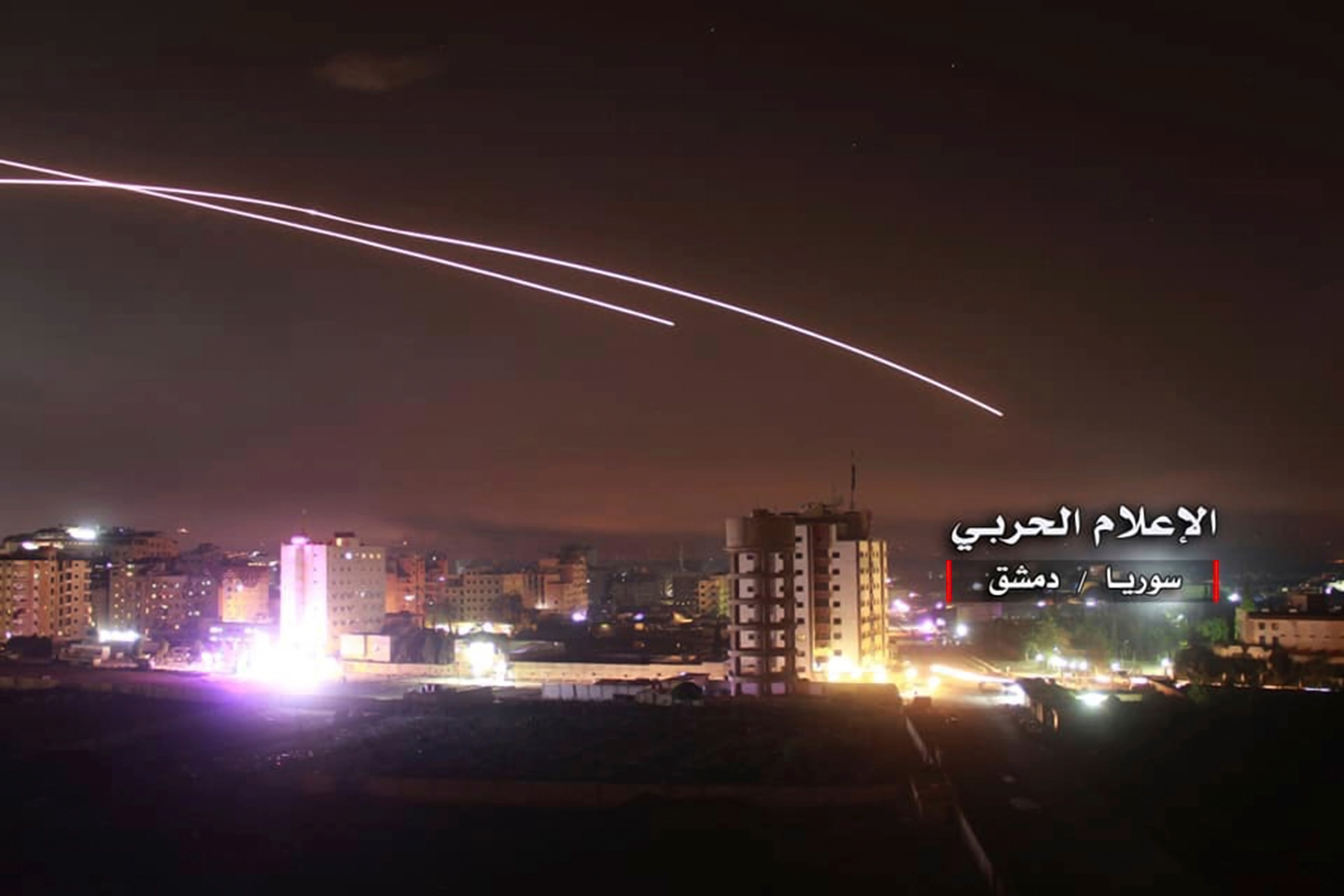 3. Saudi Arabia is ready for a nuclear arms race

In announcing his decision, Trump used a bizarre bit of logic while attempting to make the point that keeping the deal intact would lead to nuclear proliferation. “If I allowed this deal to stand, there would soon be a nuclear arms race in the Middle East,” he said. “Everyone would want their weapons ready by the time Iran had theirs.”

But by axing the deal, Trump is allowing Iran to develop a nuclear weapons program now – not in 10 or 15 years – expediting a potential arms race. On Wednesday, Saudi Arabia Foreign Minister Adel al-Jubeir, who praised Trump’s decision, told CNN that if Iran resumes its nuclear weapons program, Saudi Arabia will try to match them. “We will do whatever it takes to protect our people,” he said. “We have made it very clear that if Iran acquires a nuclear capability we will do everything we can to do the same.”

According to Mark Fitzpatrick of the International Institute for Strategic Studies, who also spoke with CNN, the removal of restrictions on Iran’s nuclear capability could lead to a new era of instability in the region. “Trump’s rejection of the diplomatic solution to the Iran nuclear crisis undermines multilateral diplomacy and the very underpinnings of the nuclear order,” he said. “It gives a new writ to nuclear lawlessness, since Iran’s having abided by the agreed rules will be proven to have been in vain.”

There are more than a few economic implications to the United States reimposing sanctions on Iran. Several of America’s overseas allies are engaged in trade with the nation, and Trump said that the U.S. could impose sanctions not only on Iran, but any nation “that helps Iran in its quest for nuclear weapons.”

The most immediate effect has been a spike in oil prices. On Wednesday, they rose around three percent, reaching their highest point since late in 2014, and concern is growing as to how the market will respond in the coming months once the reimposed sanctions begin to take effect. Iran is responsible for a significant portion of the world’s oil, and sanctions will reduce the amount they’re able to export. Though prices have risen since Trump’s announcement, it’s impossible to predict how they will respond in the future. If the situation plays out how the Trump administration hopes, the market should be fine. If tearing up the deal leads to confrontation, maybe not so much.

“If Iran threatens to resume nuclear testing and the U.S. is concerned,” Petroteq Energy president Gerald Bailey told the New York Times. “Any type of confrontation will drive the prices up, even more especially if words or confrontation turn to action.”

5. Iran has executed its first direct assault on Israeli troops

Experts have warned that Trump’s decision to back of of the deal might lead to Iran taking a more aggressive approach in its conflict with Israel in Syria. “U.S. withdrawal has accelerated the escalation between Israel and Iran,” Ofer Zalzberg, analyst at International Crisis Group, told the Washington Post. “Iran faces less restraint in terms of the timing for a retaliation.”

It didn’t take long after Trump’s announcement for Iran to retaliate. On Thursday morning, the nation launched 20 missiles at Israel’s position in Golan Heights, according to an Israeli military spokesperson. The attack appears to have been in response to Israeli attack on southern Syria on Wednesday.

Israel was ready for the strike, putting its troops on high alert and preparing public bomb shelters in the region on Tuesday after Trump’s announcement. Of the 20 missiles launched by Iran, four were intercepted by Israel’s missile defense system, and the rest fell short of their targets. No Israelis were injured in the attack. It is the first time Iran has directly fired on Israeli troops, and it’s hard to argue the unprecedented show of aggression wasn’t related to Trump’s decision.

6. Israel retaliated, killing up to 23 Iranians

In response to the show of force by Iran, Israeli jets attacked a number of Iranian targets in Syria. According to Israeli defense minister Avigdor Lieberman, the attacks laid waste to the majority of Iran’s military capabilities in Syria, which they had developed under cover of the Syrian Civil War. “If there is rain on our side, there will be a flood on their side,” Lieberman said.

The Syrian army said that three people died in the strike, but the British-based Syrian Observatory for Human Rights puts the number at 23. Following the attacks, the White House released a statement in support of Israel.

The next task on Trump’s Nobel Peace Prize to-do list will be convincing North Korea to disarm. On Thursday morning, he announced he will meet with Kim Jong-un in Singapore on June 12th to do just that. “We will both try to make it a very special moment for World Peace!” the president tweeted. Hopefully the 48 hours following the “highly anticipated” summit aren’t so eventful.