Tuesday, America held the most important election of our lifetimes. I know, because we’ve had 18 of them that I could vote in; all were the most important, and this one looked exactly like them. Nobody knows what happens next.

On CNN, while Anderson Cooper and Jake Tapper stood around like the only people who can see themselves in mirrors, well-compensated political experts were explaining how to double down on or undo this great loss. They giddily moved on to 2016 — two years swept aside before they even happened, like Hitler in the bunker moving paper armies unburdened by flesh and blood. Overlooked was that not much has changed. Apparently, this is great news for the Democrats’ plan, which doesn’t exist, or the Republicans’, which doesn’t either.

Get Over the Midterms, Now the Fun Begins

Refusal is not a legislative plan, and neither is the Democrats’ pleading “cooommme onnnnnnn!” reply, but this is the settlement we’ve long achieved, and the idea that the Democrats “lost control” Tuesday misses the point. As an anti-government party, Republicans have no incentive to do anything. As a pro-government party, the Democrats have to find every avenue for compromise. Thus you can have an Ebola outbreak and no confirmed Surgeon General, dozens of unconfirmed federal judges and the constant threat of credit default, and you know one side will almost always choose to lose this game of chicken and hope that every 2-4 years something will bail them out. In that way, “no” is a form of perpetual control.

GOP candidates ran on saying no to Obama this cycle, which is tactically great but answers nothing for the longterm. It so thoroughly defined their approach that you saw Florida Governor Rick Scott essentially run against Charlie Crist via Obama, while Tom Cotton, a candidate for the US Senate from Arkansas, said “Barack Obama” 74 times in one debate. This attitude presented merely the midterm election extension of the obstructionist agenda that began on Inauguration Night, 2009, when GOP Representatives, Senators, Newt Gingrich and pollster Frank Luntz gave the new president all of 12 hours before plotting to gum up the works. It’s the same mindset that then Senate Minority Leader Mitch McConnell voiced a year later when he said that the GOP’s legislative agenda was to make Obama a one-term president. It’s the same philosophy behind holding the debt limit hostage over and over. 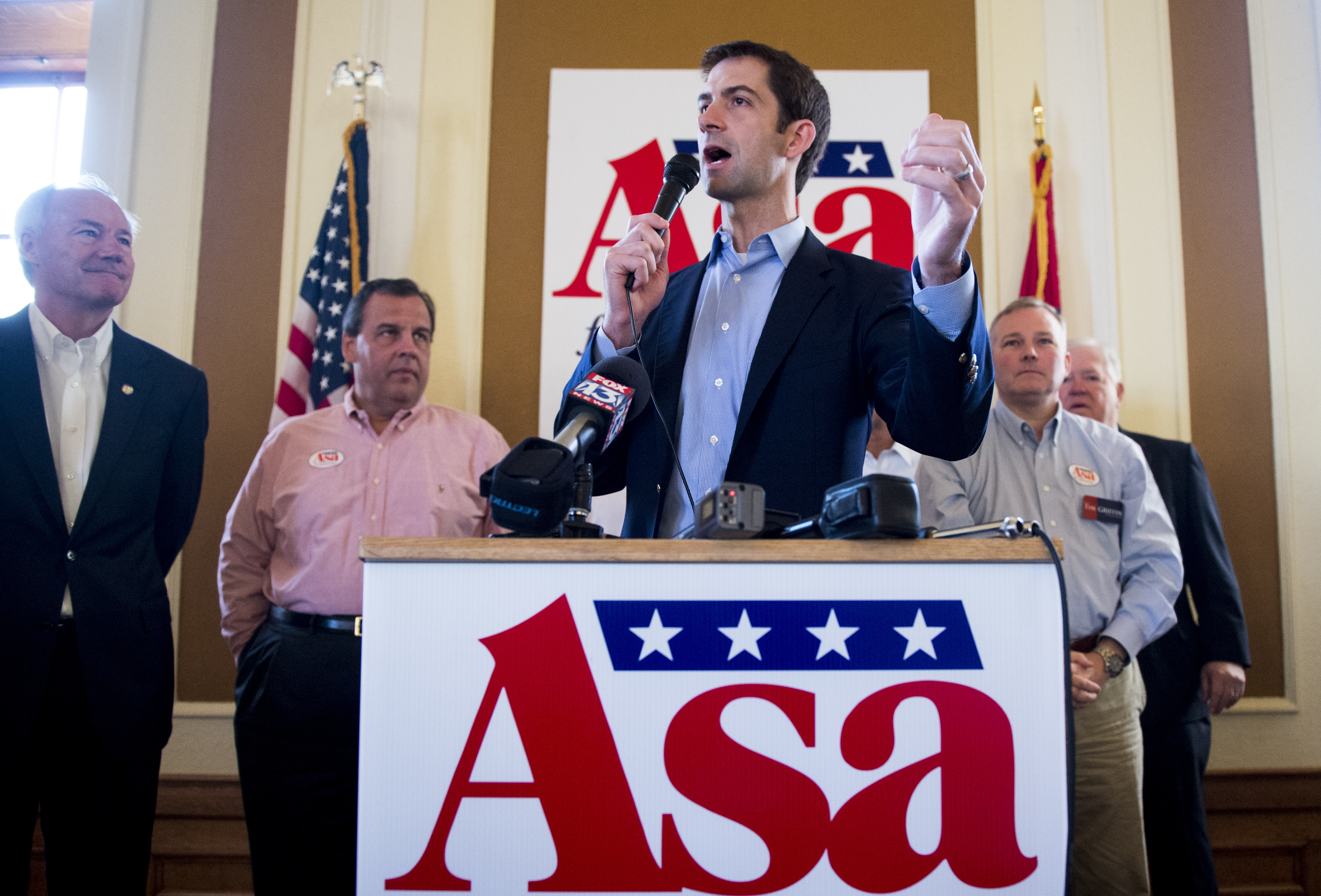 The trouble with sticking your fingers in your ears, stomping around and saying “No!” is that it looks really weird when you are in charge. (Who are you even yelling at?) And what the GOP has so far is pretty thin. RNC Chairman Reince Priebus, the walking argument for shoving nerds in lockers, says they plan to pass some new version of Paul Ryan budget fatuity and the Keystone Pipeline. No idea if the former will still have $4.6 trillion of unaccounted for “mystery meat” in it, but the latter will bring literally dozens of permanent jobs to America, have little perceptible impact on oil prices and only stretch a giant poison-leaking innard across America’s largest aquifer.

Texas Senator and noted stable person Ted Cruz could become Mitch McConnell’s de facto boss within weeks. Cruz — who already functioned as a de facto Speaker of the House during the debt limit showdown, leveraging the Tea Party wing against Speaker John Boehner — has grand plans, such as passing bills to repeal Obamacare (a take so fresh it’s steaming), then after Obama vetoes that, passing bills to repeal individual parts of Obamacare, one by one. In addition, he plans to hold lots of meaningless investigative committees into presidential abuses of power, all of which he knows to be legal bullshit thanks to his law degree from an Ivy League school better than whatever shitty one you went to. Still, they’ll burnish his reputation as Tailgunner Ted and distract attention from Darrell Issa’s Committee on Accidentally Getting Stuck In A Chinese Finger Trap.

Lastly, if all that seems too specific for you, there was Chris Hayes Wednesday night on MSNBC suspecting that all this conservative “mandate” will come down to is a cut to the corporate tax rate (which is the highest in the world until you see the giant holes in it through which you could ship a supertanker called the Maersk Deduction). And, really, that might be enough. The GOP can pass a few doomed bills, point the finger at Obama and wait for 2016. If your sales pitch is that government is a problem, fucking it up on purpose only looks like commitment.

But if Republican plans are thin, Democratic plans are thinner. While Obama resolutely pledged in a press conference yesterday to do everything within his power to use the Executive Branch to reform American immigration policy, his reiterated willingness to reach across the aisle finally sounded as doomed in his voice as it did to everyone else back in 2008 and perhaps as hollowly ironic as it did to conservatives at that 2009 Inauguration cabal.

So far the game plan seems to be, “Hillary, do something!” If, like CNN’s august panel pulling down seven figures while despoiling the last vestiges of dignity in the commonwealth, you assume that the next two years don’t matter, this might be a good plan. A record turnout of women voters could potentially carry down to the congressional slate and recapture the Senate in 2016—at which point, the GOP’s gerrymandered control of the House and budgetary obduracy will still be there. But this assumes that the identity politics of a woman candidate will recreate among a more electorally diverse group—women—the same kind of demographic dominance that a black Democratic candidate could generate among a racial group that already heavily skews Democrat. And that’s before addressing the fact that no one was sick of Barack Obama in 2008; he didn’t carry eight years of exhaustion at sex scandals, bogus congressional investigations, shit-stupid “IMPEACH BILLARY” bumper stickers and a vote for the Iraq War. 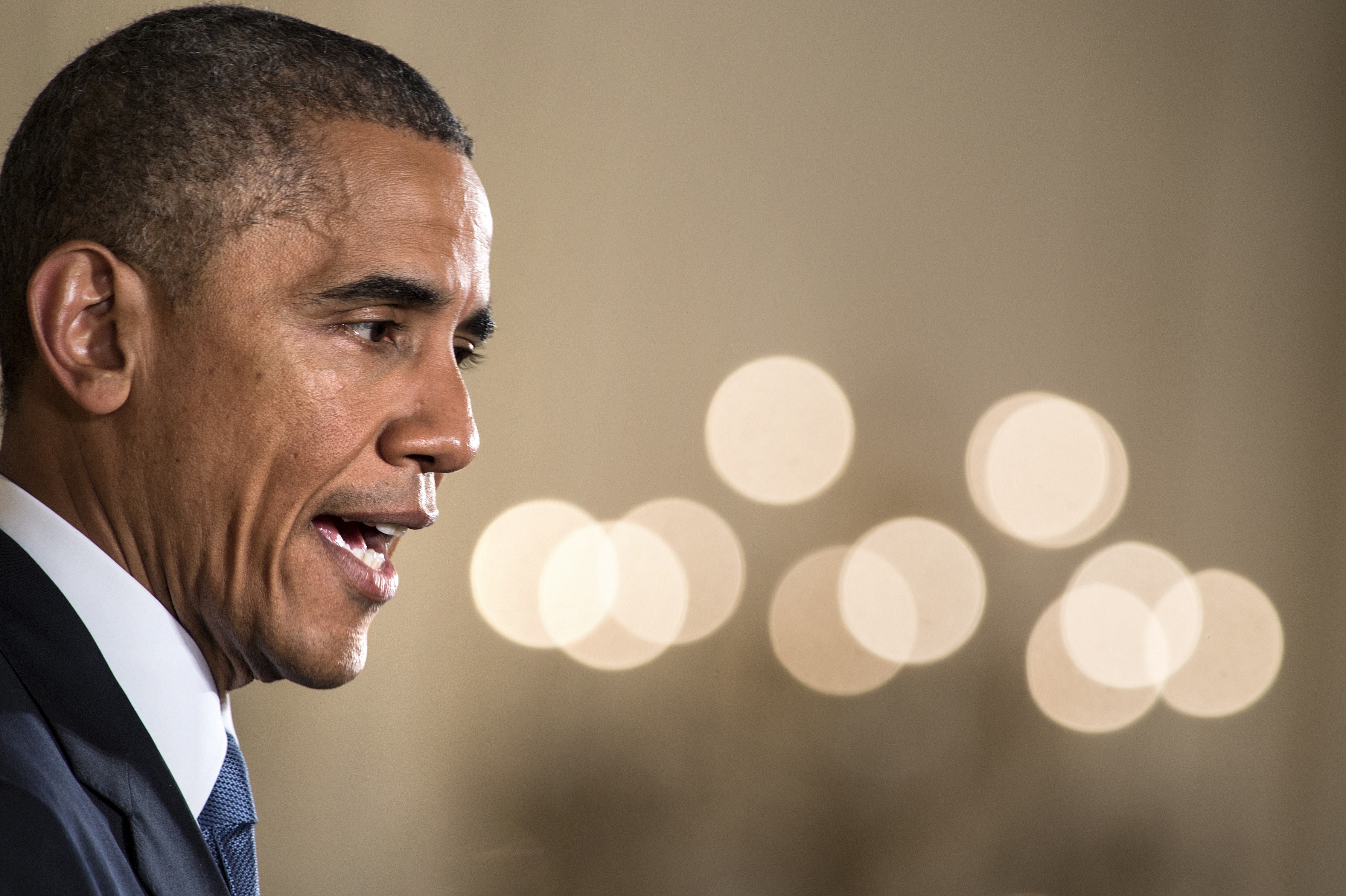 Worse, if you’re of the opinion that the Democrats’ fundamental failure is an inability to run as actual Democrats while constantly querulously moving toward Republican Lite, Hillary presents a curious solution. Former Reagan advisor and Bush I Treasury official Bruce Bartlett cites numerous examples of right-wing coziness with Hillary, and her war bona fides approach mongery. Watching/reading what passes for “left-wing” commentators in the Beltway, one gets the sense that they think simply making Hillary run will somehow turn her into a liberal firebrand — the same cursed hope that says, “My boyfriend is an alcoholic, but if I marry him, he’ll feel responsible enough to quit.” All this from the same people who watched Hillary and Obama turn green at the gills next to John Edwards’ brand of quasi-liberalism and their palpable sense of relief when he cratered.

The complement to “Save Us, Hillary!” is naturally, “Save Us, Elizabeth Warren!” Again, it’s not a national platform or cohesive party strategy down the ticket. Instead, what will happen is that Elizabeth Warren — someone who is not running for president — will run for president and in the process drive Hillary to the left, so when she wins, she’ll have to be a liberal. And if we had some eggs, we could have ham and eggs, if we had some ham.

Hillary suffering a Damascene (re?)conversion and suddenly remembering what life is like without money, power-suits and only a few tantalizing steps from the presidency is a pretty tall order considering that, when asked if she was a liberal, did her best to rebrand herself as a progressive. After decades of seeing conservatives demonize that word, Hillary instead hoped that borrowing another word would save her. It didn’t. It took all of a year of Glenn Beck amplifying history rewritten by a paranoid Bircher to get his panicky white “victim” audience as scared shitless of “progressive” as they were of “liberal.” Besides, she’s not alone. Her entire party has been running screaming in the opposite direction from George McGovern for 42 years.

Which brings us to the last planning problem: Whether “liberal” or “progressive,” neither name indicates how wildly inapplicable either term is to the modern Democratic party, nor what it might do to correct that. The gulf between the chosen appellation and the enacted policies is broader than the gulf between the rugged manliness of an Xbox gamer handle and the 14-year-old who picked it. The Democrats might as well go the Xbox route and just call themselves AWESOME SQUAD. As long as everyone else is pushing paper for the next two years, it can’t really hurt.

The danger is that Democrats might run for something and lose anyway. The comforting fairytale liberals tell themselves is that everyone would vote for them if they just got their message across, and of course it’s wrong. The yawning chasm at the heart of American liberalism is that it insufficiently addresses humans’ capacity for fear and resentment, which the GOP message sends straight to the brain like a rail of uncut cocaine. Some people can’t be reached, but at least turning them away on purpose is an ethos. In the meantime, the GOP response to the last six and the next two years is unmistakable. It doesn’t change, and the circumstances don’t change with it. You can push pieces of paper this way and that, and pick up any of them and see your answer. The answer is no.