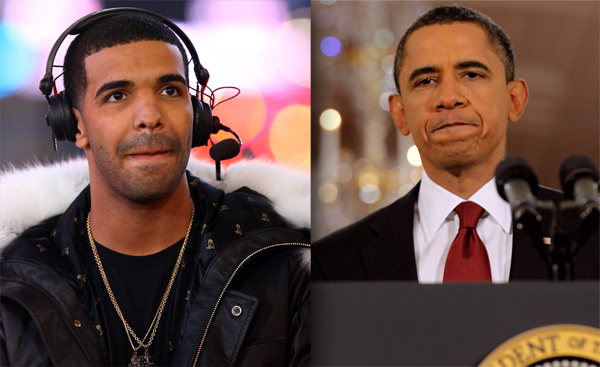 Drake has his eye on eventually playing Barack Obama in a film about the President’s life. “I hope somebody makes a movie about Obama’s life soon because I could play him,” the rapper and actor reportedly told VH1 News at the Sundance Film Festival earlier this week, however the quotes actually came from a 2010 interview in Paper magazine . “That’s the goal. I watch all the addresses. Any time I see him on TV, I don’t change the channel. I definitely pay attention and listen to the inflections of his voice. If you ask anyone who knows me, I’m pretty good at impressions.”

Drake, who broke into show business as an actor on the long-running Canadian teen drama Degrassi: The Next Generation, said that he is mostly being offered roles as basketball players and rappers these days but aims to do something bigger. “I’ve been reading scripts for awhile,” he said. “I want to do something great. I want to do something for my culture: the younger people who are still in tune with everything going on. I’m actually writing with my friends right now.”

Editor’s note: The quotes above actually came from a 2010 “Paper Magazine” article.