For a brief moment last week, Donald Trump sparked hope. The president who touts himself as a master dealmaker quietly encouraged Republican Senator Lindsey Graham to do more than pursue a bipartisan fix for the 800,000 undocumented Dreamers who could face deportation with the expiration of the Deferred Action for Childhood Arrivals (DACA) program. “You are not that far away from comprehensive immigration reform,” Trump told Graham. “If you want to take it that further step, I’ll take the heat.”

This is what we yearn for in our politics: A U.S. president willing to take a political hit with his base to advance the best interests of the nation. But then, in a racist outburst just two days later — demanding fewer arrivals from “shithole countries” in Latin America, the Caribbean and Africa — Trump torpedoed the bipartisan solution to the DACA dilemma. He also torched Republican lawmakers like Graham, who’d been negotiating in good faith with Democrats, in the context of a larger bill to fund the federal government. As a result, the nightmare continues for Dreamers, and Congress is scrambling to avoid a government shutdown. Without a fix by Friday, the American economy could slam into Trump’s demand for the Wall.

I've Been Blessed to Spend Most of My Life in 'Shitholes'

Sinking a DACA fix, Trump has rejected a rare political victory — out of shameful allegiance to an ideology of white supremacy that is championed by the most extreme members of his political inner circle. Given the wild swings of the negotiations, it’s unclear whether Trump was ever serious about forging a bipartisan solution. But then, the president’s immigration politics have never been grounded in reality. While Democrats fight for the recipients of DACA — a proven program that bolsters America’s future and values — the president and his team of nativists are asking taxpayers to sink billions to transform an empty campaign slogan into concrete and steel.

DACA confers legal status to those brought to the country illegally as children, and it has brought more than 800,000 young Americans into the light. They are studying, working, and serving in the military of the only country they’ve ever known. The program is golden politically — supported by 86 percent of Americans, including 75 percent of Republicans. It’s safe: DACA status is reviewed regularly, and criminals are barred from the program. DACA immigrants are contributing to America — a 2017 study by the libertarian think tank CATO found the average DACA immigrant is 17 years old, holds a job, and earns $17 an hour. Removing these immigrants would be a disaster, economically, CATO found – deportation would cost the federal government $60 billion, and deal a $280 billion blow to the American economy over 10 years.

Trump set the DACA negotiations in motion last September, insisting his move to end the program was an effort to bring congress to the bargaining table to craft a permanent solution. “I have a love for these people,” Trump told reporters, “and hopefully now Congress will be able to help them.” Democrats took Trump at his word. The president even briefly seemed to strike a deal with Democratic congressional leaders to protect the Dreamers. But by November, Trump had turned his back, blasting “Chuck and Nancy” as “weak on crime” and “weak on illegal immigration.” 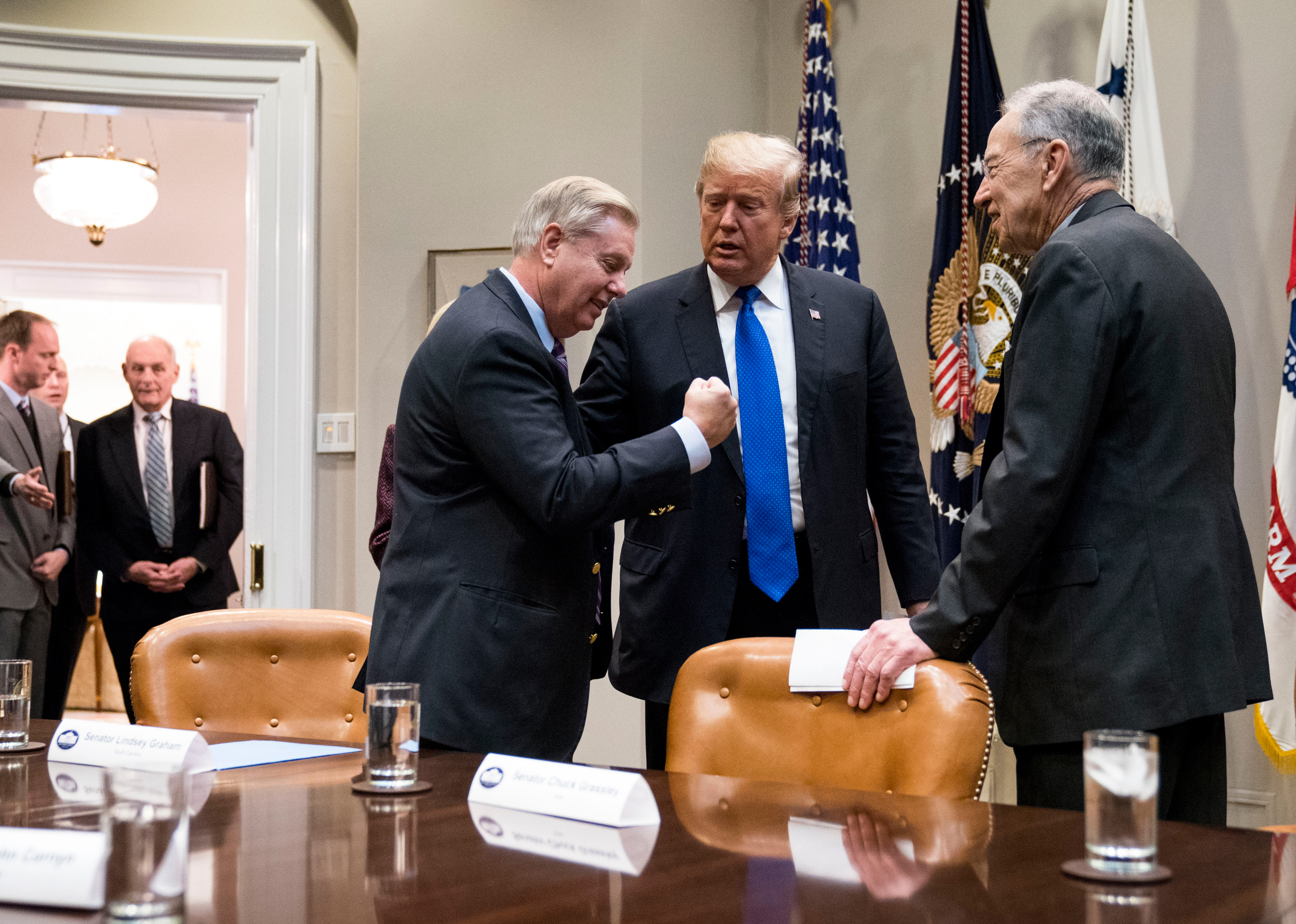 Despite the president’s show of bad faith, Democrats returned to the bargaining table and made deep concessions in the bipartisan deal presented to Trump last week. Dreamers would have been given a path to citizenship, but their parents would have been blocked from obtaining citizenship — a limit on “chain migration,” as the White House had been demanding. The proposed deal allocated nearly $3 billion to border security. It also reportedly ended a “diversity lottery” for 50,000 green cards — intended to bring immigrants from under-represented countries into the American melting pot — that is much hated by Trump. In exchange, the deal then reallocated some of those diversity work visas to temporary immigrants here from El Salvador, Haiti, and countries in Africa. It was this provision that sparked Trump’s “shithole” tirade, bringing negotiations to a screeching halt. (With no legislative fix in sight, the Trump Justice Department nonetheless made a rare appeal directly to the Supreme Court to overturn an injunction that could keep DACA afloat past its scheduled expiration in March.)

We are now left with an alternate explanation for ending DACA – racism – and president Trump’s unwavering demand for a 30-foot high monument to his bigotry, the Wall. In contrast to the DACA immigrants who contribute to our country, the Wall is a useless drain on our economy. Building a barrier along the southern border would cost upwards of $25 billion. But it would do little to curb illegal immigration. A wall would add only minutes to the journey of a determined border crosser in the desert. More salient: Most illegal immigration is now driven by people who enter the country legally — and overstay their visas. (The Wall would also do nothing to stem the flow of opioids, which mostly cross in small quantities across the most fortified parts of our border, according to top U.S. military brass.) But then, the Wall was never serious policy; it was fundamentally a campaign stunt. As Trump’s campaign adviser, Sam Nunberg told Rolling Stone in August, “You know, it was me and [Trump adviser] Roger Stone who suggested that ‘Build the Wall’ thing. We thought it was fucking genius. It’s marketing, it’s branding. Mexico would pay for it, it’s licensing. It’s what he does. It’s Trump!”

Trump’s retrenched, hardline stance on immigration is a signal of the influence of adviser Stephen Miller and chief of staff — former Homeland Security secretary — John Kelly, reports the Washington Post. Sen. Graham affirmed that view to reporters on Tuesday, blaming the shift in Trump’s thinking on “people in charge at the White House who have an irrational view of how to fix immigration.” 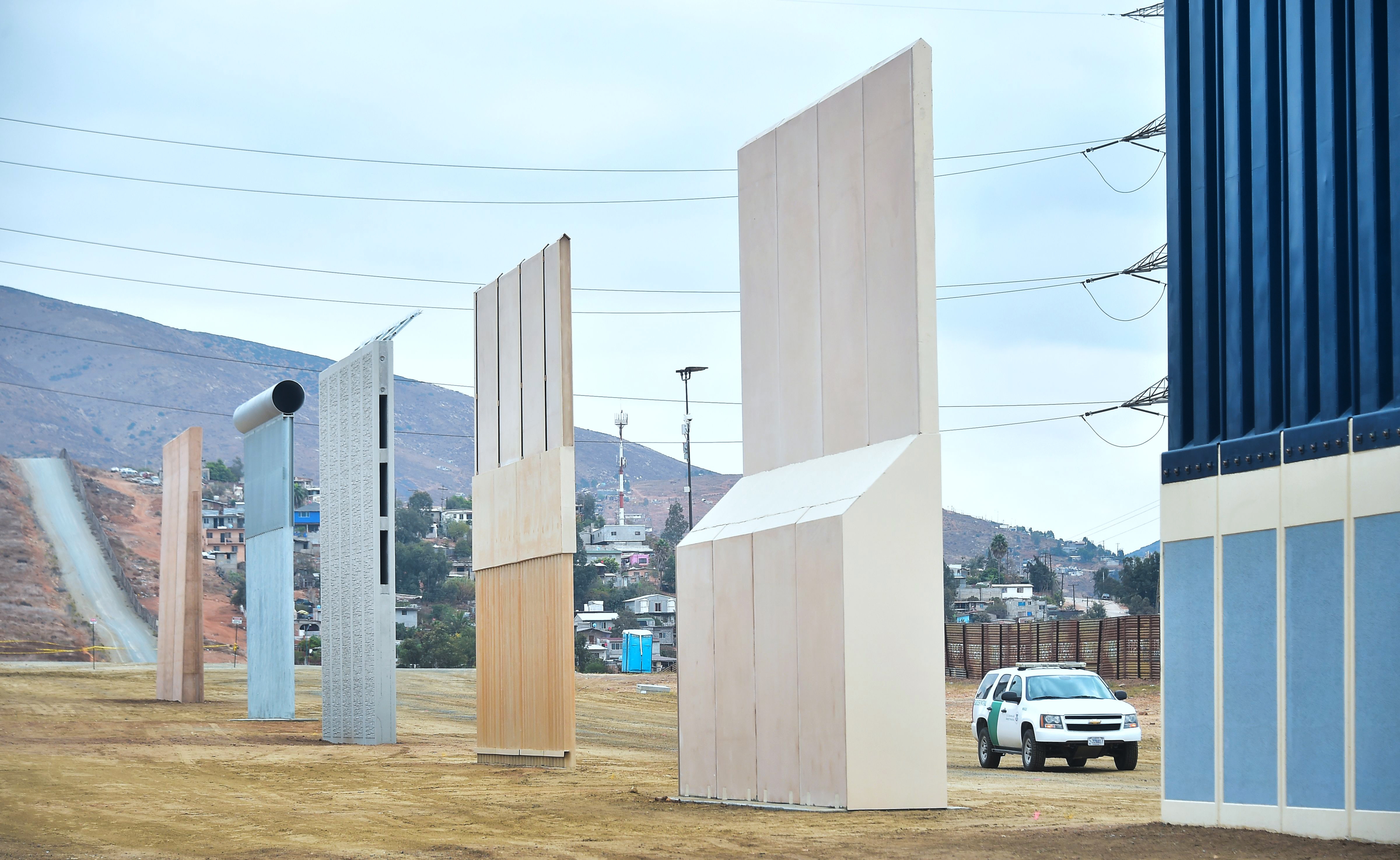 What’s at stake in this fight — between Dreamers and the Wall — is something bigger than politics. Our national character is at stake, as Republican Sen. John McCain made clear in tweeted remarks over the weekend: “People have come to this country from everywhere, and people from everywhere have made America great,” McCain wrote. “Our immigration policy should reflect that truth, and our elected officials, including our President, should respect it.”