The armed standoff in remote southeast Oregon, where white militants led by the Bundy clan have taken over federal buildings at a wildlife refuge, isn’t going according to plan.

The would-be insurrectionists are undermanned, undersupplied and exhausted. They’ve been unable to provoke the confrontation with federal agents that they chest-thumpingly declared themselves willing to die in. And they’ve found themselves roundly mocked on social media as “Yee-hawdists” in the service of “Y’all Qaeda,” “Yokel Haram” or “Vanilla ISIS.”

Taking up arms against the federal government is no laughing matter, of course. And if the militants were black, brown or Muslim, they’d likely be dead by now. But for a group of heavily armed Christian white dudes play-acting at revolution, things could hardly be going worse.

WTF Is Happening in the Oregon Militia Standoff, Explained

On Monday night, in fact, one Bundy brother told Oregon Public Broadcasting the militiamen might be willing to move along now — if the community requests it: “This is their county – we can’t be here and force this on them,” Ryan Bundy said. “If they don’t want to retrieve their rights, and if the county people tell us to leave, we’ll leave.”

How did the Bundy plan for revolution go sideways? The troubled evolution of the plot can be traced via Ammon Bundy’s social media presence.

December 29
The grand scheme to take a “hard stand” against federal “tyranny” took shape in the days after Christmas. In a video posted December 29, Ammon Bundy, son of the infamous deadbeat rancher Cliven, decried the “tremendous abuses” faced by a pair of Oregon cattlemen convicted of arson by the federal government. “We have to say that either we’re OK with these gross, blatant violations of the constitution… or we make a stand,” Bundy declared.

That’s when Bundy, fighting tears, issued a call to action to his family’s militant, anti-government supporters: “I’m asking you — and you know who you are: You that came, and you that felt to come, to the Bundy Ranch — I’m asking you to come to Burns [Oregon] on January 2, to make a stand.”

December 31
Almost from the beginning, there were warning signs that this plot wasn’t gelling, because of internal strife in the “patriot” community. In his next video, posted on New Year’s Eve, a nervous looking Ammon Bundy calls out to militia members across the country. He pleads with them to flout the orders of militia leaders who, he reveals, had been calling for a “stand down” — instead of a standoff — in Oregon.

Looking into the camera lens, Bundy says: “I am wanting to talk to the individual, to the patriot. This is not the time to stand down,” he says, “It’s time to stand up. And come to Harney County. We need your help. And we’re asking for it. No matter what your leader says… you need to get to Burns on the 2nd.”

January 2
Bundy did find followers, including men like John Ritzheimer, the Arizona man who organized the gun-toting protest of the Islamic Community Center of Phoenix last October. Ritzheimer ventured to Oregon and declared himself, in a goodbye video to his family, “100 percent willing to lay my life down to fight against tyranny in this country.”

Seizing an unoccupied federal complex wasn’t the tricky part. Following a demonstration on the streets of Burns on Saturday, January 2, the Bundy militiamen drove 30 miles south to execute their takeover of the compound at the federal Malheur National Wildlife Refuge — which was closed for the weekend, and to which somehow they had obtained a full set of keys.

The Malheur complex has more than half a dozen buildings, and one, major strategic asset for men with guns: a massive fire-watch tower, easily converted for use by snipers.

In the immediate aftermath of the Saturday takeover, Bundy talked a big game: “We’re planning on staying here for years, absolutely,” he said. “This is not a decision we’ve made at the last minute.”

The militants also told reporters that their numbers were legion — as many as 150. Oddly, however, Bundy also issued a call for backup: “Those who… feel the need to stand, we’re asking them to come. We have a facility that we can house them in. We need you to come and be unified with us so we can be protected,” he said. 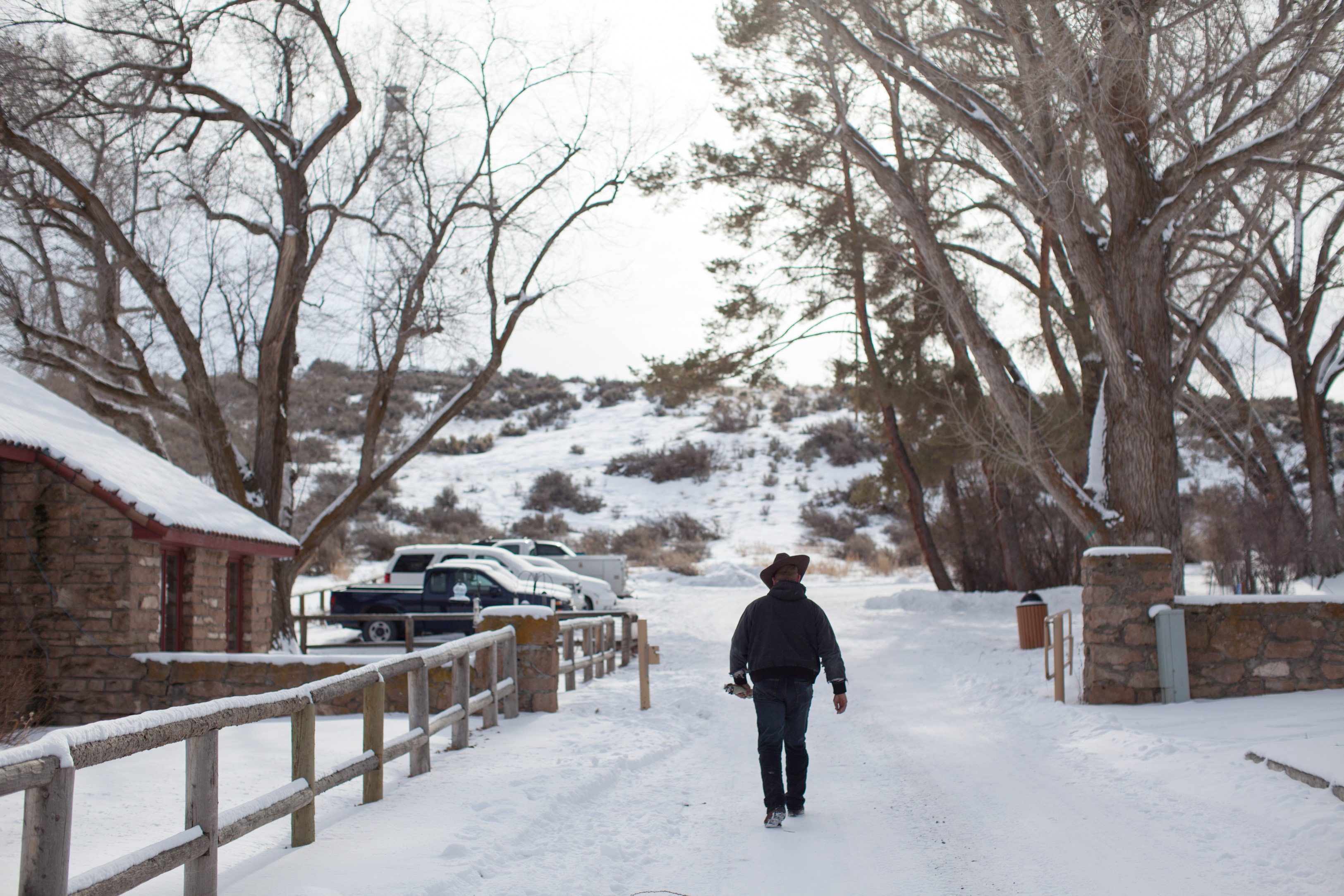 January 3
By light of day it becomes clear the militants’ manpower was greatly exaggerated: Credible estimates from visitors to the complex put their number at fewer than two dozen, and perhaps as low as 15 men. And this skeleton crew is clearly struggling to secure the sprawling complex in the bitter cold of the Oregon high desert, where temperatures drop into the single digits at night.

By Sunday night a visibly exhausted Ammon Bundy made a new call for reinforcement, invoking his divine inspiration: “I know that what we did is right. I know the Lord is involved, and I know that we’re going to see great things come from this,” Bundy said. “But we need you. We need you,” he pleaded. “We have a group of wonderful people here that are strong. We’ve got good numbers. But there is a lot to do, and we will eventually get tired if we do not have help. We also need more of a defense. Need to make sure that there is enough people here that nobody comes down upon us — and that is a very real reality right now. So we need you to come and we need you be part of this.”

January 4
The militant’s preparedness for an as-long-as-it-takes standoff was similarly laughable. By Monday, it was clear the militants were under-resourced, and hungry. Supporters put out a call online to send “supplies and snacks.”

Another self-described “patriot,” Maureen Peltier, took to Facebook with a laundry list of desired supplies, including foil, hygiene needs and locks, and provided an address where supporters can send them.

Ironically, the same folks who are seeking a local overthrow of the federal government still seem to have confidence the government will deliver their mail.

As the standoff has dragged on, the federal government seems content to let the militants freeze in isolation — and tire of their make-believe revolution.

Even once-reliably anti-government Republicans are turning their backs: Ted Cruz, who once sympathized with Cliven Bundy’s stand against the Obama administration’s “jackboot authoritarianism,” has called on Bundy’s sons to “stand down.”

The Harney County Sheriff released a statement saying flatly: “It’s time for you to leave our community.”

Even the wife of one of the two local ranchers — for whose honor and justice the militants claim to be ready to lay down their lives — has been throwing shade: “I don’t really know the purpose of the guys who are out there,” she told Oregon Public Broadcasting.

Where We Are Now
Instead of building the fearsome anti-government insurgency of their fever dreams, the hungry, dirty, exhausted Bundy militants are looking more and more like the Gang That Couldn’t Shoot Straight. Here’s hoping they have the sense to lay down their weapons before their true marksmanship is tested.