Almost everyone’s seen the video. The latest murder of an unarmed African-American man by police was captured in its entirety by a bystander named Feidin Santana, and the footage was so gruesome it basically precluded any controversy.

Former North Charleston police officer Michael Slager has already been fired and charged for the murder of Walter Scott. Still, one has to wonder: “Would this guy have gotten away with this without the video?”

Nonwhite America has watched police lie compulsively about incidents like this for as long as there have been police. You can open the law books and find cases like the Scott murder in almost any state of the union, in almost every year, going back decades and decades.

The only difference is that in the past, before everyone above the age of 2 had a cell phone, the insultingly lame explanations of the police (“The gun just went off”; “The suspect suddenly took a swing at me”) were almost always swallowed whole, by juries and the media alike.

But even before cell phones became ubiquitous, the presumption that a police officer’s testimony is sacrosanct started to die out. Public defenders in big cities long ago learned to deal with the frustration of police caught lying on the stand who were allowed to continue giving evidence in other cases.

Even judges, increasingly, aren’t always buying the stories police officers give anymore, particularly when it comes to issues like probable cause. Earlier this year, a local defense attorney sent me a long list of cases, mostly here in New York, that involved judges ruling that police had fabricated testimony. It’s clear even magistrates are losing patience.

Take People v. Andrews, for instance, in which a judge named Steven Knopf threw his figurative hands up in frustration over a police officer’s changing descriptions of a “snowball” of cocaine he claimed to have seen a young black man throw into a Ford Focus. The story changed so many times that the judge had no choice but to toss the case.

“It is clear to this Court that [the] Police Officer’s multiple descriptions. . .indicates he was unclear about what, if anything, he actually observed in this defendant’s hand,” the judge wrote. “In fact, it is this Court’s belief that [the officer] did not see anything in the defendant’s hand, in spite of his creative descriptive testimony.”

The problem is that this kind of “testilying” is usually only caught when the officer’s fabrications are so absurd and incompetent that judges literally have no choice but to suppress his or her evidence. Judges don’t like showing up cops in court. There are even cases on record when judges admit out loud to being reluctant to discredit the testimony of police, no matter how clumsy their testimony.

“I don’t like to jeopardize their career and all the rest of it,” a federal judge named John Sprizzo said a few years back, after ruling that two cops had “tailored” their testimony to justify an illegal search.

Minus video, a defendant on the wrong side of a police fabrication typically has to hope the arresting officer is so dumb and such a maladroit liar that he leaves a judge no choice but to override his natural inclination to buy the testimony of a sworn officer. Those are pretty long odds.

Getting back to the Scott case, the presence of a cell phone clearly changed the game. Going forward, maybe innovations like body cameras will help change the national narrative about these incidents (although it’s significant that when there is no video, like in the Michael Brown case, white people still tend to reflexively believe the police).

The thornier problem will be what will happen with the thousands of other, smaller incidents that involve questionable car stops or searches, where cases are generated based on police seeing suspects making “furtive movements,” or “leaning” in the direction of an officer’s gun, or suspiciously “loitering,” or smelling the “strong odor of marijuana,” etc. (Not sure what body electronics they can install to check that last sort of probable cause issue).

And there isn’t always video to save the day in other my-word-against-his cases. Look at the recent research on chokehold allegations in New York.

According to a study done by the new chair of the Civilian Complaint Review Board, New Yorkers made 1,048 allegations of chokeholds against police over a five-year period, between 2009 and 2014. 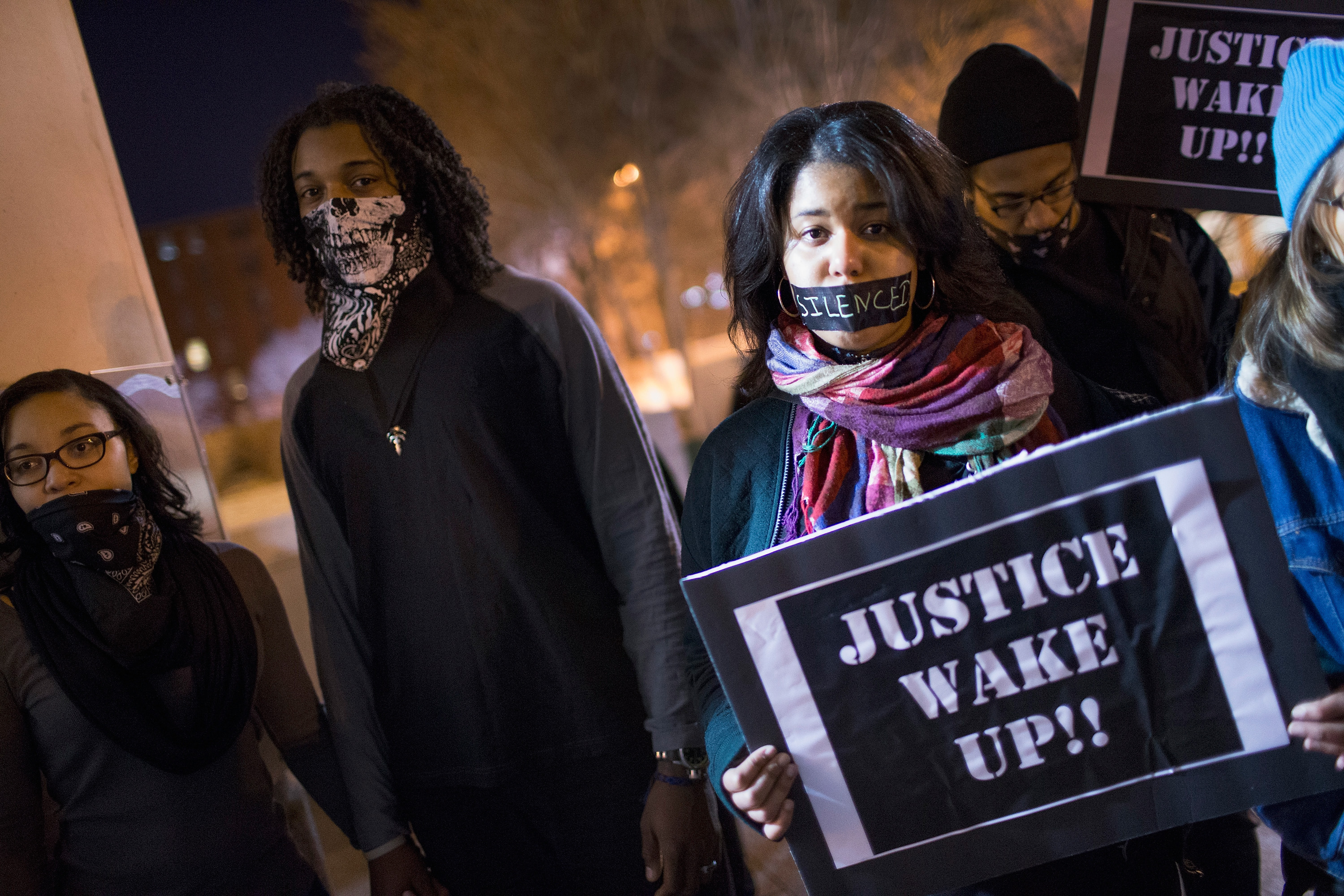 Of those, the CCRB substantiated the allegations – meaning they found a preponderance of evidence of police misconduct – in just 10 of those cases. As one attorney put it to me, “Historically, if there’s no video, they just don’t substantiate.”

And when Phillip Eure, the newly-appointed Inspector General of the NYPD, looked at those 10 cases, he found something amazing. There was virtually no discipline for any of the officers involved, even in that tiny sliver of “substantiated” abuses. This is from the Daily News report on Eure’s study:

In all 10 cases the NYPD ignored CCRB’s suggested punishment. In nine of the cases, CCRB recommended the toughest sanction possible, departmental charges. In every case the cop got lesser punishment ranging from no punishment at all to the loss of five vacation days.

North Charleston resident Feidin Santana is rightly being praised for having the presence of mind (and the backbone) to take the cell phone video of Slager’s murder of Scott, but as the Eure study and others show, there won’t always be a Santana on hand, particularly for the less serious cases.

One other often-overlooked issue is the problem of the police who fail to help victims after the fact. In the Scott case, the police appeared to have lied about administering CPR to him while he lay on the ground bleeding to death. As Vanity Fair put it:

While the police report on the incident indicates that officers performed C.P.R. on Scott, the video footage the Times reviewed and posted does not show any of the three officers who were eventually on the scene administering C.P.R. to Scott, who is face-down, hands cuffed behind his bloodied back.

This is one of the many consistent themes to a lot of these police-abuse stories. In so many incidents, even the nearby officers who didn’t administer the deadly force originally are discovered later on to have not helped or made real efforts to save the victim.

We heard about that in the Akai Gurley shooting case in East New York, where the two officers involved reportedly texted their union reps before calling for help for Gurley.

And then of course there was the Eric Garner case, where a multitude of officers stood around with hands on hips while Garner said “I can’t breathe” 11 times. (And though of course no one knows for sure, it’s likely that many of those officers now have immunity after testifying before a grand jury). What about criminal responsibility for refusing medical aid, or, worse, lying about refusing medical aid?

That’s what’s worrisome about this case. Slager will be painted as the bad apple and he’ll have the book thrown at him. But the institutional response didn’t come around until the video surfaced. Which should make even doubters wonder how often the authorities lie and get away with it.