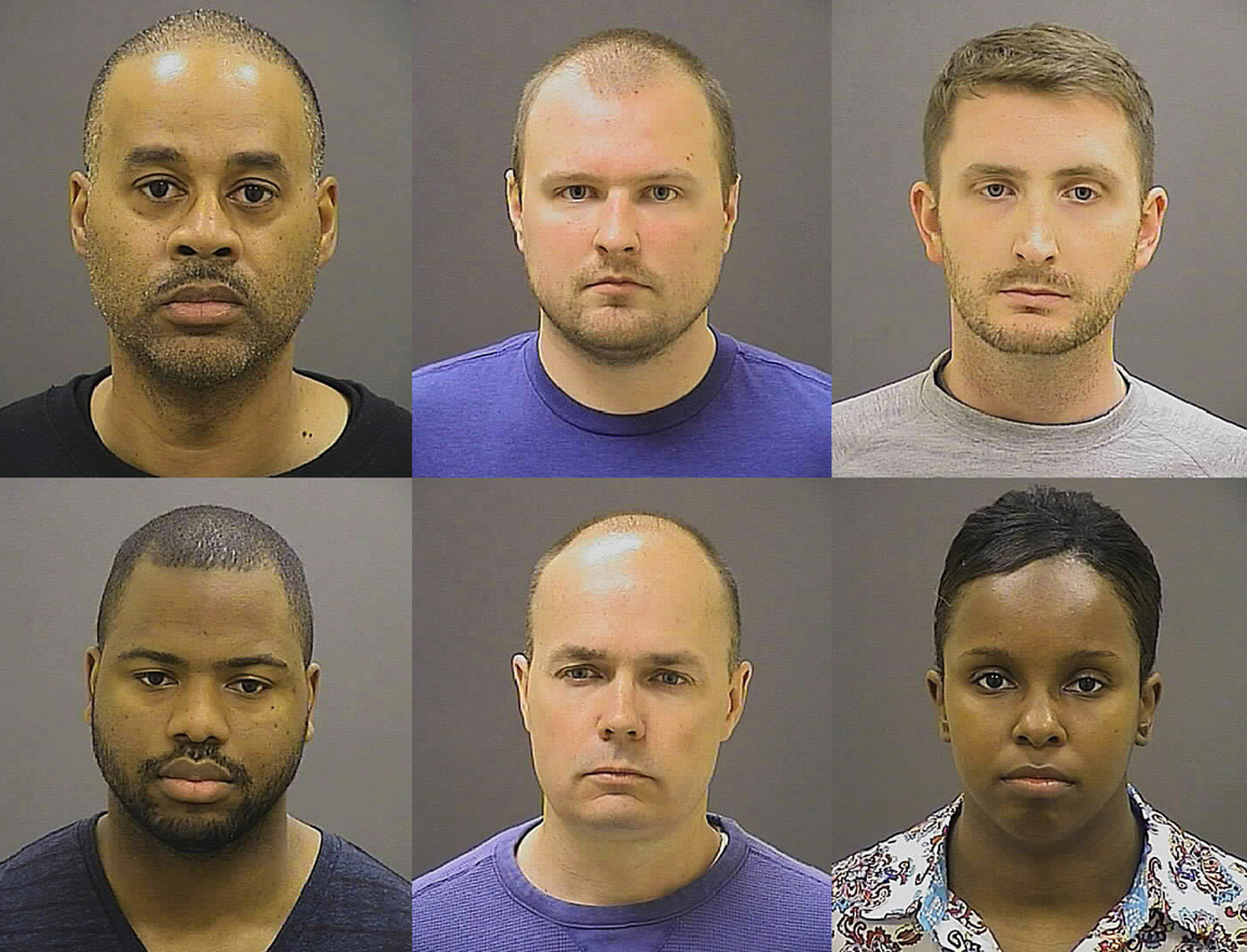 The six Baltimore police officers involved in the death of Freddie Gray have been indicted, The Baltimore Sun reports.

“Some charges were slightly different than what Mosby announced on May 1,” the paper reported. “Officer Caesar R. Goodson, the driver of the van used to transport Gray on April 12, remains charged with second-degree depraved heart murder, which is the most serious charge among all six officers,” though all six officers are currently free on bail.

Gray died April 19th after his spine was severed while riding in a police van. It is not yet clear what happened inside the van to result in Gray’s injuries.

Officials have raised questions about whether Gray should have ever been in the van in the first place. Police say Gray was detained for possessing a switchblade that is illegal to carry under state law. (The item was later revealed to be a folding knife.) Chief Deputy State’s Attorney Michael Schatzow noted in recently filed court documents that Gray was detained “well before the arresting officers knew he possessed a knife.”

Earlier this month, U.S. Attorney General Loretta Lynch announced the launch of a Department of Justice investigation into Baltimore police practices. That investigation was spurred in large part by protests and riots that erupted in the city in the wake of Gray’s death. The city’s mayor instituted a mandatory curfew, and the Maryland governor declared a state of emergency.

“The community’s rather frayed trust, to use an understatement…has in effect been severed in terms of the relationship with the [Baltimore] police department,” Lynch said when announcing the investigation.