There is a critical scene in Shattered, the new behind-the-scenes campaign diary by Jonathan Allen and Amie Parnes, in which staffers in the Hillary Clinton campaign begin to bicker with one another.

At the end of Chapter One, which is entirely about that campaign’s exhausting and fruitless search for a plausible explanation for why Hillary was running, writers Allen and Parnes talk about the infighting problem.

“All of the jockeying might have been all right, but for a root problem that confounded everyone on the campaign and outside it,” they wrote. “Hillary had been running for president for almost a decade and still didn’t really have a rationale.”

“I would have had a reason for running,” one of her top aides said, “or I wouldn’t have run.”

The beleaguered Clinton staff spent the better part of two years trying to roll this insane tautology – “I have a reason for running because no one runs without a reason” – into the White House. It was a Beltway take on the classic Descartes formulation: “I seek re-election, therefore I am… seeking re-election.” 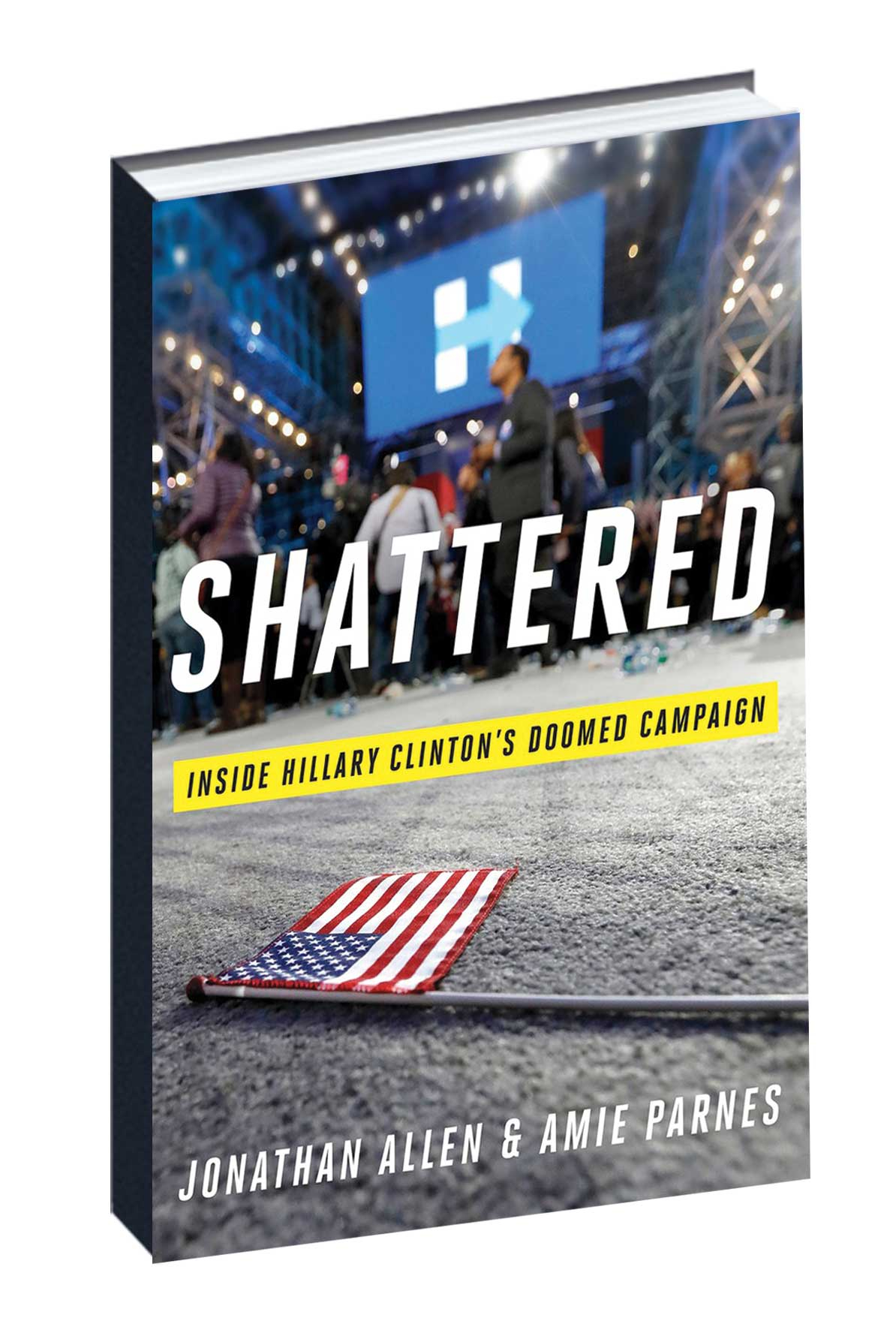 Shattered is sourced almost entirely to figures inside the Clinton campaign who were and are deeply loyal to Clinton. Yet those sources tell of a campaign that spent nearly two years paralyzed by simple existential questions: Why are we running? What do we stand for?

If you’re wondering what might be the point of rehashing this now, the responsibility for opposing Donald Trump going forward still rests with the (mostly anonymous) voices described in this book.

What Allen and Parnes captured in Shattered was a far more revealing portrait of the Democratic Party intelligentsia than, say, the WikiLeaks dumps. And while the book is profoundly unflattering to Hillary Clinton, the problem it describes really has nothing to do with Secretary Clinton.

The real protagonist of this book is a Washington political establishment that has lost the ability to explain itself or its motives to people outside the Beltway.

In fact, it shines through in the book that the voters’ need to understand why this or that person is running for office is viewed in Washington as little more than an annoying problem.

In the Clinton run, that problem became such a millstone around the neck of the campaign that staffers began to flirt with the idea of sharing the uninspiring truth with voters. Stumped for months by how to explain why their candidate wanted to be president, Clinton staffers began toying with the idea of seeing how “Because it’s her turn” might fly as a public rallying cry.

This passage describes the mood inside the campaign early in the Iowa race (emphasis mine):

“There wasn’t a real clear sense of why she was in it. Minus that, people want to assign their own motivations – at the very best, a politician who thinks it’s her turn,” one campaign staffer said. “It was true and earnest, but also received well. We were talking to Democrats, who largely didn’t think she was evil.” 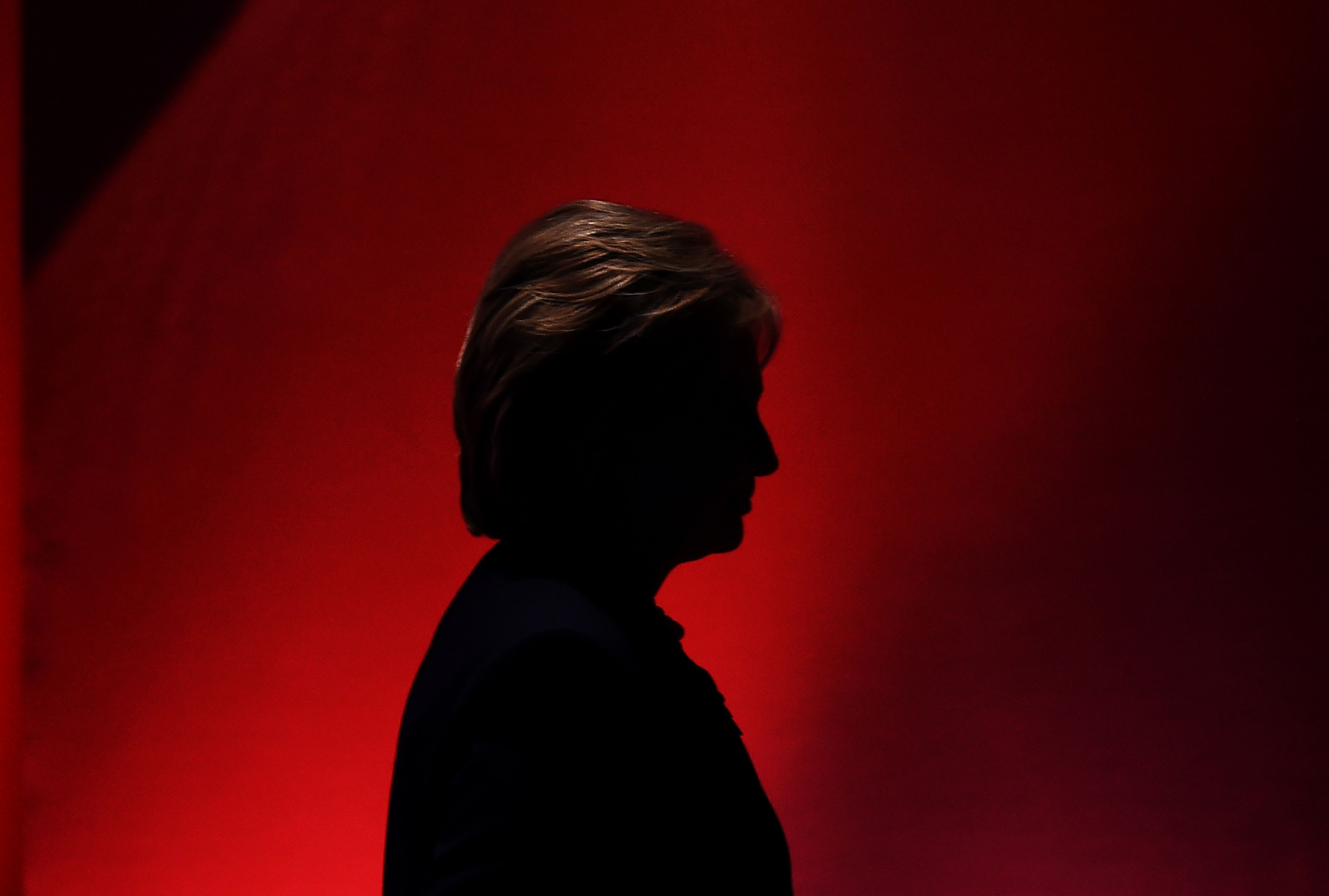 Our own voters “largely” don’t think your real reason for running for president is evil qualified as good news in this book. The book is filled with similar scenes of brutal unintentional comedy.

In May of 2015, as Hillary was planning her first major TV interview – an address the campaign hoped would put to rest criticism Hillary was avoiding the press over the burgeoning email scandal – communications chief Jennifer Palmieri asked Huma Abedin to ask Hillary who she wanted to conduct the interview. (There are a lot of these games of “telephone” in the book, as only a tiny group of people had access to the increasingly secretive candidate.)

The answer that came back was that Hillary wanted to do the interview with “Brianna.” Palmieri took this to mean CNN’s Brianna Keilar, and worked to set up the interview, which aired on July 7th of that year.

Unfortunately, Keilar was not particularly gentle in her conduct of the interview. Among other things, she asked Hillary questions like, “Would you vote for someone you didn’t trust?” An aide describes Hillary as “staring daggers” at Keilar. Internally, the interview was viewed as a disaster.

It turns out now it was all a mistake. Hillary had not wanted Brianna Keilar as an interviewer, but Bianna Golodryga of Yahoo! News, an excellent interviewer in her own right, but also one who happens to be the spouse of longtime Clinton administration aide Peter Orszag.

This “I said lunch, not launch!” slapstick mishap underscored for the Clinton campaign the hazards of venturing one millimeter outside the circle of trust. In one early conference call with speechwriters, Clinton sounded reserved:

“Though she was speaking with a small group made up mostly of intimates, she sounded like she was addressing a roomful of supporters – inhibited by the concern that whatever she said might be leaked to the press.”

This traced back to 2008, a failed run that the Clintons had concluded was due to the disloyalty and treachery of staff and other Democrats. After that race, Hillary had aides create “loyalty scores” (from one for most loyal, to seven for most treacherous) for members of Congress. Bill Clinton since 2008 had “campaigned against some of the sevens” to “help knock them out of office,” apparently to purify the Dem ranks heading into 2016.

Beyond that, Hillary after 2008 conducted a unique autopsy of her failed campaign. This reportedly included personally going back and reading through the email messages of her staffers:

“She instructed a trusted aide to access the campaign’s server and download the messages sent and received by top staffers. … She believed her campaign had failed her – not the other way around – and she wanted ‘to see who was talking to who, who was leaking to who,’ said a source familiar with the operation.”

Some will say this Nixonesque prying into her staff’s communications will make complaints about leaked emails ring a little hollow.

Who knows about that. Reading your employees’ emails isn’t nearly the same as having an outsider leak them all over the world. Still, such a criticism would miss the point, which is that Hillary was looking in the wrong place for a reason for her 2008 loss. That she was convinced her staff was at fault makes sense, as Washington politicians tend to view everything through an insider lens.

Most don’t see elections as organic movements within populations of millions, but as dueling contests of “whip-smart” organizers who know how to get the cattle to vote the right way. If someone wins an election, the inevitable Beltway conclusion is that the winner had better puppeteers. 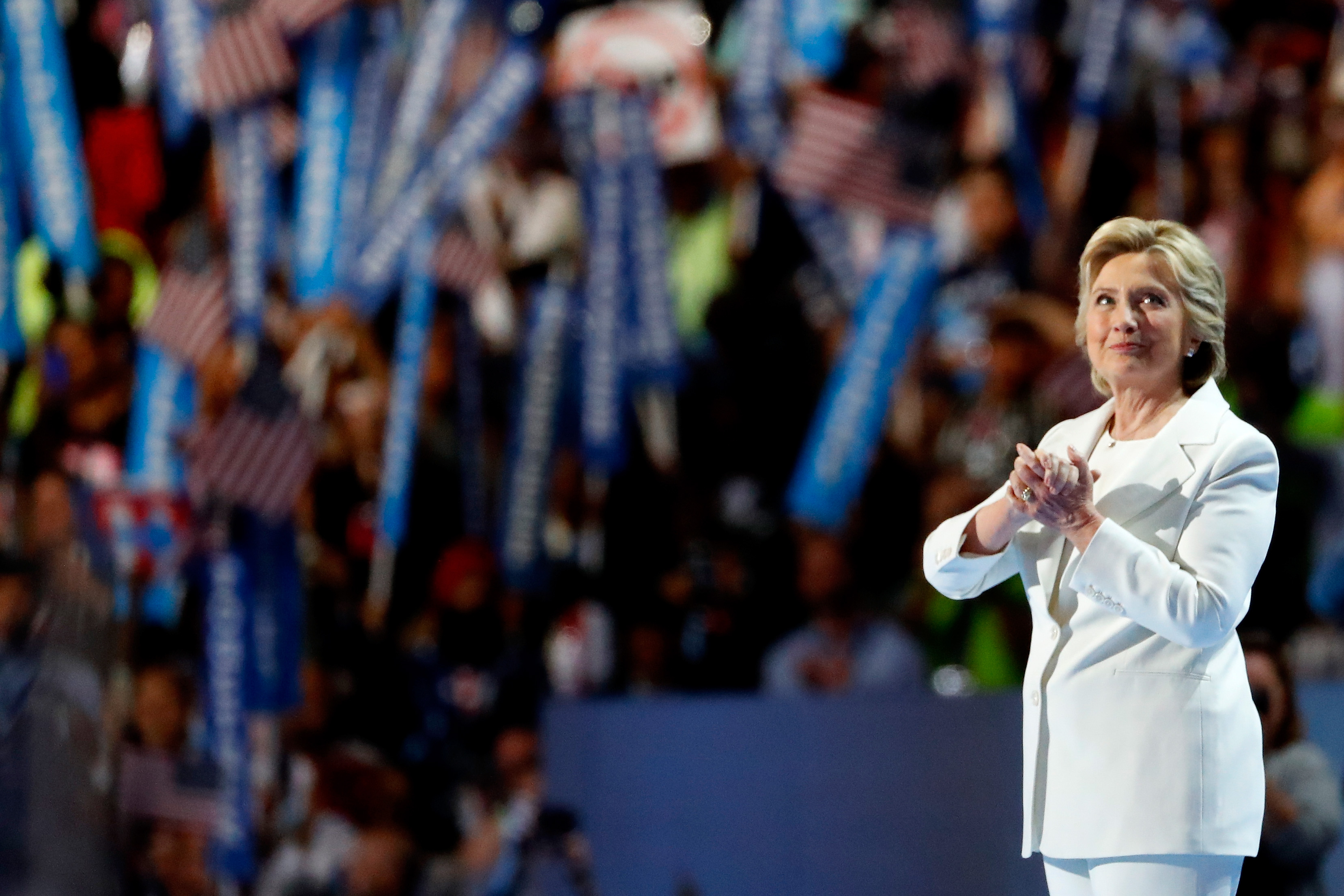 The Clinton campaign in 2016, for instance, never saw the Bernie Sanders campaign as being driven by millions of people who over the course of decades had become dissatisfied with the party. They instead saw one cheap stunt pulled by an illegitimate back-bencher, foolishness that would be ended if Sanders himself could somehow be removed.

“Bill and Hillary had wanted to put [Sanders] down like a junkyard dog early on,” Allen and Parnes wrote. The only reason they didn’t, they explained, was an irritating chance problem: Sanders “was liked,” which meant going negative would backfire.

Hillary had had the same problem with Barack Obama, with whom she and her husband had elected to go heavily negative in 2008, only to see that strategy go very wrong. “It boomeranged,” as it’s put in Shattered.

The Clinton campaign was convinced that Obama won in 2008 not because he was a better candidate, or buoyed by an electorate that was disgusted with the Iraq War. Obama won, they believed, because he had a better campaign operation – i.e., better Washingtonian puppeteers. In The Right Stuff terms, Obama’s Germans were better than Hillary’s Germans.

They were determined not to make the same mistake in 2016. Here, the thought process of campaign chief Robby Mook is described:

Since Obama had spent efficiently and Hillary in 2008 had not, this led to spending cutbacks in the 2016 race in crucial areas, including the hiring of outreach staff in states like Michigan. This led to a string of similarly insane self-defeating decisions. As the book puts it, the “obsession with efficiency had come at the cost of broad voter contact in states that would become important battlegrounds.”

If the ending to this story were anything other than Donald Trump being elected president, Shattered would be an awesome comedy, like a Kafka novel – a lunatic bureaucracy devouring itself. But since the ending is the opposite of funny, it will likely be consumed as a cautionary tale.

Shattered is what happens when political parties become too disconnected from their voters. Even if you think the election was stolen, any Democrat who reads this book will come away believing he or she belongs to a party stuck in a profound identity crisis. Trump or no Trump, the Democrats need therapy – and soon.