Why Trump's Arpaio Pardon Is So Terrifying - Rolling Stone
×
×

Before he was voted out of office, ending his 24-year reign of terror, former Sheriff Joe Arpaio committed serial violations of the constitutional rights of Arizonans, but largely avoided being held personally accountable. Courts repeatedly found that Arpaio had violated the law, but because he was sued in his official capacity, it was Maricopa County on the hook for millions of dollars in civil damages. It was only after Arpaio repeatedly and openly defied a court order that he faced a criminal charge for contempt of court. His disobeying and lying to a federal court resulted in a misdemeanor conviction for which Arpaio could have been sentenced up to six months in jail. But last Friday, President Trump pardoned him.

Before getting to the egregiousness of the misdemeanor pardon, it’s worth briefly surveying Arpaio’s violations of the Constitution and other abuses of power. For example, he violated the Eighth Amendment’s prohibition of cruel and unusual punishment by subjecting pre-trial detainees – that is, people who have not been convicted of a crime and are presumed innocent – to dangerously high temperatures and contaminated food. Arpaio erected an outdoor jail in Phoenix known as Tent City that he himself referred to as a “concentration camp” and which remained in use for more than two decades. Numerous prisoners died in his jails, and the county paid out millions of dollars in wrongful death damages and settlements. Arpaio also had critics in government and the media arrested, resulting in the county having to make further payouts. (There’s more; for a fuller picture, see the Phoenix New Times‘ reporting highlights.)

Trump's Pardon of Joe Arpaio: What You Need to Know

The criminal contempt conviction for which Trump pardoned Arpaio stemmed from a ruling in one of multiple cases in which Arpaio was accused of systematic racial profiling. The court found that Arpaio’s practice of having individuals stopped on the basis of race violated the Fourth Amendment’s prohibition of unreasonable searches and seizures and the 14th Amendment’s Equal Protection Clause. But Arpaio proceeded to misrepresent the ruling to his subordinates and continue the practices the court had enjoined. He then lied about it to the court, withheld evidence, launched an investigation into the judge and tried to get him disqualified on the basis of the investigation he had started. The court found Arpaio in civil contempt and referred the case to prosecutors for criminal charges for willful violation of the order. 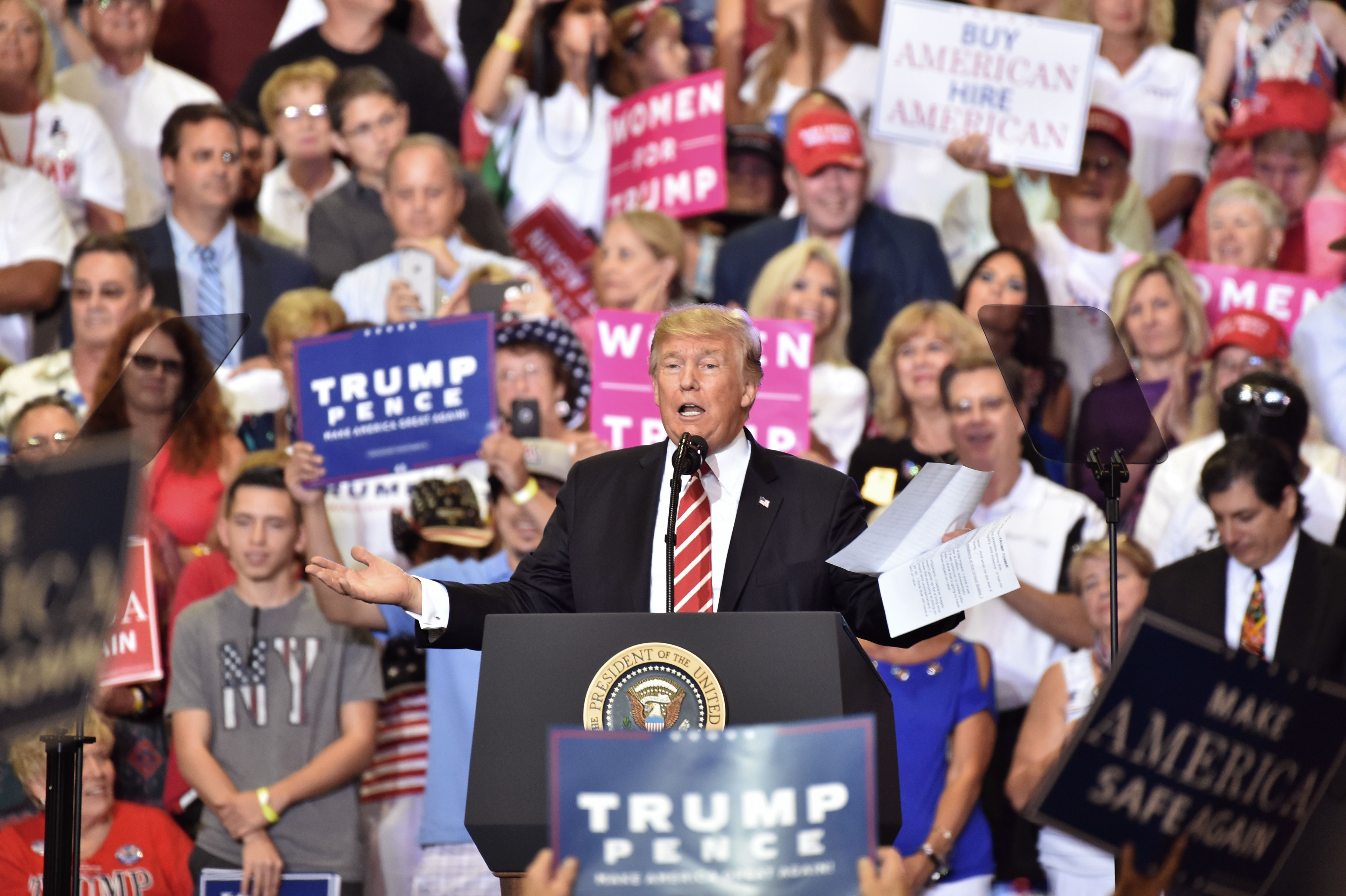 But Trump claimed at his Arizona campaign rally last week that Arpaio was convicted for “doing his job.” In Trump’s mind, the job of law enforcement is to make life miserable for those he deems undesirable – typically, black and brown people and political opponents – whether or not they have been found guilty of any crime and without regard to whether the punishment is lawful even for those who are found guilty. This is why Trump called for the execution of the Central Park Five before they had been tried and insisted after they were exonerated by DNA evidence that they were deserving of punishment anyway. It’s why Trump has encouraged police officers to rough up suspects during arrests and advocated for torturing detainees held at Guantanamo and elsewhere. Trump has demonstrated repeatedly that he rejects the fundamental principles underlying America’s legal system like the right not to be deprived of one’s liberty unjustly, the presumption of innocence and the right to equal treatment under the law.

In a comment to The Guardian last month, Arpaio encapsulated the autocratic worldview he shares with Trump: “But even if it was a concentration camp, what difference does it make? I still survived. I still kept getting re-elected.” Trump and Arpaio believe that winning elections frees them from the constraints of the law, empowering them to decide who is guilty and to flagrantly and deliberately disregard the courts.

By pardoning someone with Arpaio’s history of illegally targeting racial minorities, Trump endorsed the use of policing practices to deprive people of color of their rights under the Constitution. Furthermore, by pardoning Arpaio for the specific crime of defying a court order, Trump announced his intention to free his cronies from accountability for lawbreaking, raising the possibility that he will discourage his campaign associates from providing evidence in the Russia investigation with the promise of pardons if they are held in contempt of Congress or the courts.

That is precisely the opposite of how things are supposed to work in a country that adheres to the rule of law, in which the rules are supposed to apply to even those with the most power and connections. The U.S. system of checks and balances is designed to constrain the power of elected officials. But Trump appears prepared to use his pardon power to make an end run around the judiciary, gutting its ability to enforce its orders that the Constitution be obeyed. The pardon power is broad, but if Trump is going to use it to obstruct justice, Congress needs to stop him.