Vermont made history today, becoming the ninth state to legalize marijuana and the first to do so through the legislative process. Last week, both houses of the state legislature passed H. 511, a bill that made it legal for adults 21 and over to possess up to an ounce of bud or five grams of hash, and to cultivate up to two mature plants and four immature plants at home. Today, as promised, Republican Governor Phil Scott signed the bill. “I personally believe that what adults do behind closed doors and on private property is their choice, so long as it does not negatively impact the health and safety of others, especially children,” Governor Scott wrote in a press release.

“It’s an exciting time, we’re witnessing history,” says Justin Strekal, political director for the National Organization for the Reform of Marijuana Laws, or NORML. So far, all other cannabis legalization measures have gone through ballot initiatives approved by citizen voters, rather than by lawmakers themselves. Vermont just set a precedent for other states to follow suit, such as New Jersey this coming year (as per Governor Phil Murphy’s campaign pledge) and potentially New York, New Hampshire and New Mexico. “It’s truly a bipartisan effort, and at the end of the day, opposition to prohibition is a bipartisan issue,” Strekal adds. “Look at Vermont’s legislature. They have a Republican governor signing the bill.” With Vermont’s passage of H. 511, one in five Americans will now live in a state where weed is legal.

Moreover, this particular bill uniquely positions Vermont to make a statement to Attorney General Jeff Sessions – who recently rescinded federal guidance to protect state-compliant cannabis operations – while rendering the state immune from crackdown, Strekal says. By definition, the pro-legalization bill stands in opposition to the Attorney General’s reefer madness, but because it doesn’t provide for a commercial cultivation or retail program, there will be no canna-businesses to draw the scrutiny of Sessions,

However, the bill’s exclusion of a commercial program has also drawn criticism from a number of lawmakers and activists. “I’m a supporter of a well regulated tax-and-regulate system for responsible adult use,” says Lieutenant Governor David Zuckerman, who’s been working on cannabis law reform for 20 years. Ideally, such a system would offer licenses to small businesses and provide a system for ensuring consumers have safe access to clean, clearly marked cannabis, he says. Meanwhile, the tax money would go to to services like highway safety education and prevention and treatment for drug addiction. “This bill doesn’t generate those revenues or bring the underground economy above board to be regulated,” says Zuckerman.

So while Vermont won’t have a commercial system in place when legalization goes into effect July 1st, Governor Scott created a commission through executive order to research how a tax-and-regulate system would play out and if it’s the right path for the state. The commission will also look into highway safety and youth drug education. 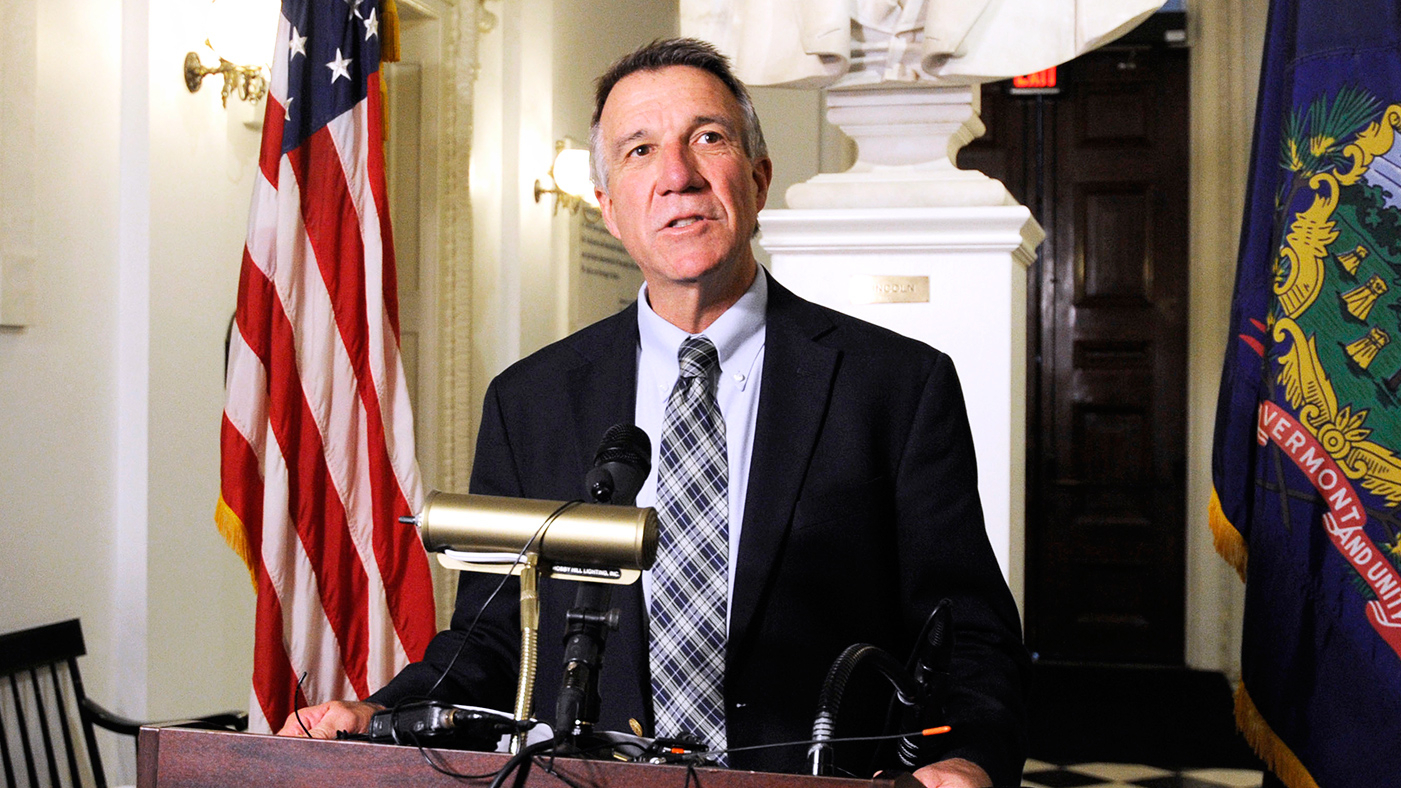 Whereas a previous iteration of the bill, which Scott vetoed last spring, would have set up a commission by law, some worry the Governor’s own, handpicked commission may be biased against tax-and-regulate. Scott’s commission includes only two legislators and zero caregivers, patients, or cannabis industry folk.

“The commission he put together is certainly frustrating,” says Zuckerman, who adds that the commission has already dismissed evidence comparing cannabis and alcohol highway safety issues, evidence showing that states with regulatory structures see a decrease in alcohol consumption, and evidence that states with regulatory structures see improvements in the opioid crisis. “Not including those kinds of statistics is a fairly biased methodology in whatever their results might be,” Zuckerman says. “I’d also say that a tax-and-regulate system fits well within the Governor’s statements about what Vermont needs: economic development, attracting young people to Vermont, and protecting those most vulnerable.” At a cannabis business fair in the state Capitol last week, he notes that many business entrepreneurs were between the ages of 25 and 40 — exactly the demographic the Governor says he wants to attract.

Arguments against tax-and-regulate focus on the consequences for youth, impaired driving, and workplace safety. “Most of us who are advocating for cannabis reform don’t disagree with those comments,” says Zuckerman. “The question is how we can best manage it in society so we reduce youth access and impaired driving of all types and improve communications both with people that they should not be high at work and with employers.” If someone consumes cannabis the night before work, even if it shows up in a drug test, they shouldn’t be punished any differently than someone who consumes wine or beer the previous night with dinner, he adds.

Much of the issue rests largely on normalization, Zuckerman says. Currently a kid can go to the grocery story with their parents and be exposed to aisle of alcohol, but they’re also at risk of buying weed off the street from a drug dealer. A legal, regulated system exposes kids less than the current underground system does.

The hope is that a tax-and-regulate system will pass during next year’s legislative session, and that the commission will produce a report by December, says state Senator Dick Sears. “With Massachusetts and other New England states such as Maine moving this direction, I suspect there will be some support [for tax-and-regulate].” State Senator Tim Ashe echos Sears and Zuckerman’s sentiments in favor of a regulatory system: “For us this is a step in that direction,” he says. “We hope it will encourage those with lingering concerns, who will see [that] what we’ve done is normalize the behavior of tens of thousands of people across the state.”

In the meantime, with adult-use cannabis dispensaries expected to open in Massachusetts this summer, Matt Simon, New England political director at Marijuana Policy Project, predicts Vermonters will trek over the border to buy legal weed, nevermind that bringing it back home is technically a federal violation. “I don’t anticipate a federal checkpoint on Interstate 91, I don’t think that’s the best use of limited resources,” he says.

However consumers are getting their weed, Simon and other cannabis law reform advocates hope Vermont’s new policy will put a dent in the state’s opioid crisis. “Vermont was absolutely ravaged by it, it was one of the hardest hit states,” says Simon. Research shows that cannabis access is directly associated with reduced rates of opioid use and abuse, opioid-related overdose deaths, treatment admissions, traffic fatalities and hospitalizations.

Meanwhile, some advocates worry that Vermont’s new legalization bill puts into stark relief the need to expand the state’s medical marijuana program. With the passage of H. 511, medical marijuana patients and adult-use consumers can grow the same number of mature plants, points out Eli Harrington, co-founder of Heady Vermont. “We want to improve the medical laws, so what I’m pushing for is to create a medical cultivator license,” he says. “The best next step for us is having medical cultivator licenses so you can start licensing small growers and then they can start selling [cannabis] through the regulated, medical program, and then through the larger adult use program to the whole 21 plus public.”

Still, despite the needed improvements to Vermont’s cannabis policy at large, Harrington says the legalization bill is a good step forward, showing that lawmakers have finally caught up with what’s been Vermonters’ will for decades. “We’ll update it and fix it as we go,” he says. “The bigger picture is that it’s great for grassroots democracy.”