On Wednesday, a federal court in Hawaii granted a temporary restraining order preventing President Trump’s executive order restricting travel from six Muslim-majority countries from going to into effect. Though the ruling was completely predictable (a Maryland court issued a similar order a few hours later), Trump responded as he often does after losing in court: by attacking the legitimacy of America’s judiciary.

Trump’s revised executive order is a half-hearted attempt to do the impossible. The administration tried to rewrite his original travel ban – which threw the nation’s airports into chaos, resulted in the detention or removal of hundreds of travelers, inspired mass protests and was ultimately enjoined by multiple courts – to make it pass constitutional muster. But none of the changes the Trump team made can remedy its fundamental constitutional infirmity: It is meant to discriminate against Muslims.

Everything We Know About the New Trump Travel Ban Decisions

Trump has almost certainly been advised that Muslim Ban 2.0 – which he himself called a “watered-down version” of the original – was unlikely to fare any better in court. But at a rally in Tennessee on Wednesday, Trump claimed the ruling was “done by a judge for political reasons,” and read a portion of the statute he claims gives him the authority to do whatever he wants. It says that the president may “impose on the entry of aliens any restrictions he may deem to be appropriate” if he finds it is in the national interest.

Trump interprets this to mean that if he “thinks there is a danger out there,” he can say, “I’m sorry, folks. Not now. We have our own problems.”

There are two big problems with Trump’s theory. First of all, a later statute says he may not discriminate on the basis of national origin in granting visas. But more importantly, the Constitution supercedes a statute. Congress has given the executive extremely broad powers in the immigration context, but it couldn’t give him the power to decide one religion is dangerous and discriminate against its members in violation of the Constitution, even if it wanted to.

Trump went on to appeal to some legal authority he seems to have gotten from cable news, saying, “Alan Dershowitz – good lawyer – just said that we would win this case at the Supreme Court.” Now, should Trump find himself in need of a top-notch criminal defense attorney, Dershowitz should be his first call. But Dershowitz’s comments on the travel ban indicate he is not up to speed on the Supreme Court’s jurisprudence concerning the religion clauses of the First Amendment or the equal protection clause of the Fifth. 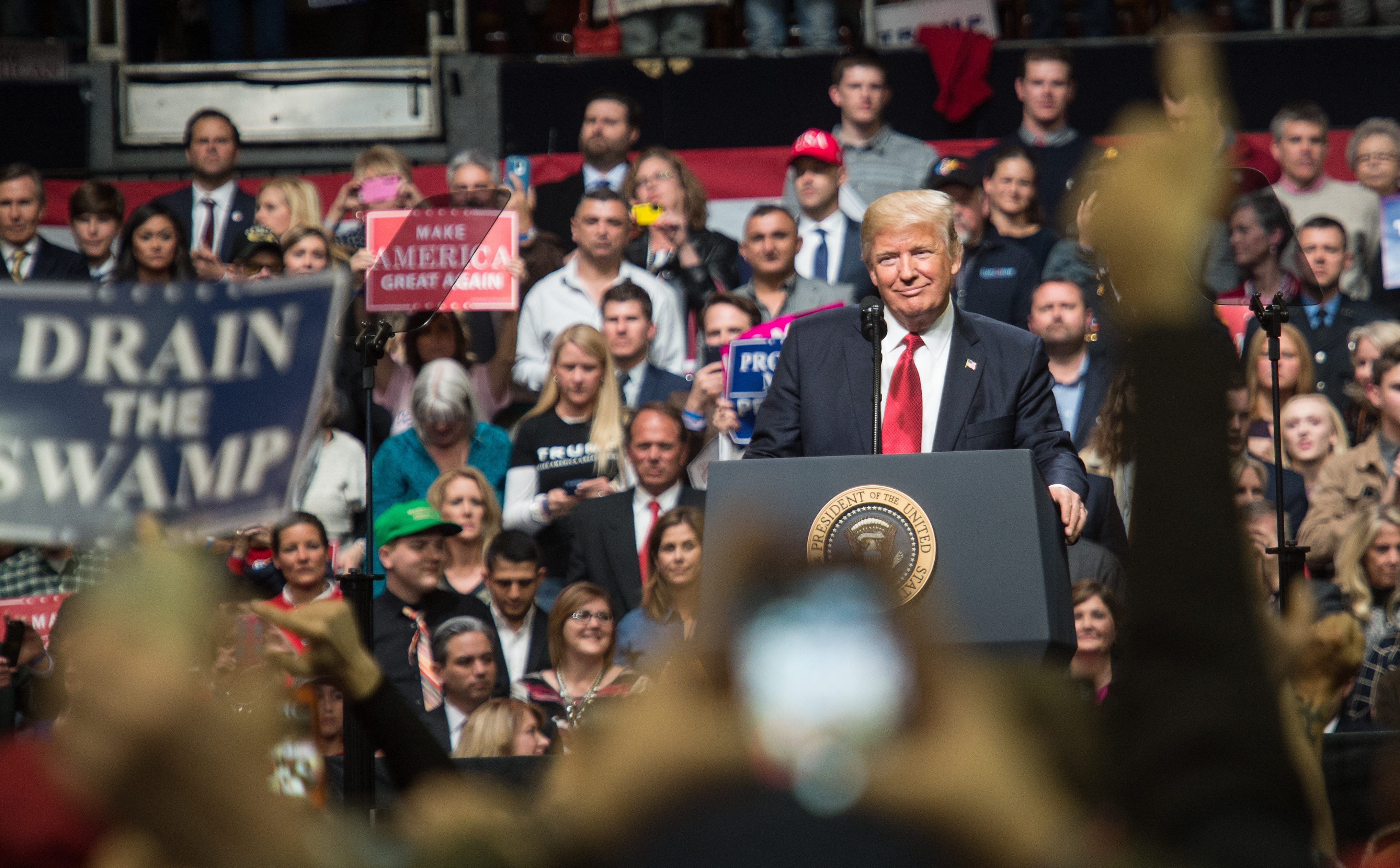 Dershowitz thinks that though the order is bad policy, the Supreme Court would find it constitutional because “you don’t look at motive and intent – you look at the words of the regulation.” He is very wrong about that. The Supreme Court has often struck down laws on the grounds that they were motivated by animus towards particular groups, including laws that don’t come right out and name the group being targeted. In one famous case, the Supreme Court found that a law that appeared on its face to merely regulate how animals could be slaughtered was in fact motivated by unconstitutional animus toward practitioners of the Santería religion.

It’s true that courts are often reluctant to try to determine the intention of legislatures – it’s hard to know why individual lawmakers voted for a particular bill. But in this case, the court only needs to determine the motivation of one guy – a guy who told us repeatedly that as president he was going to ban Muslims from entering the United States, and who hasn’t bothered to claim with a straight face that his order doesn’t do just that.

For example, Trump told Meet the Press he wasn’t rolling back his Muslim ban promise and explained, “People were so upset when I used the word ‘Muslim.’ Oh, you can’t use the word ‘Muslim.’ … And I’m OK with that, because I’m talking territory instead of Muslim.” When he signed the first executive order, he read the title – “Protecting the Nation From Foreign Terrorist Entry into the United States” – then looked up and said, “We all know what that means.” Yeah, we do.

It’s worth noting that the bar for striking down a law is actually lower than deliberate intent to harm a religious group. The disparate impact this order would have on Muslims without evidence of any corresponding security gain is enough to invalidate it, even without Trump and his surrogates constantly announcing his unconstitutional intent. Furthermore, the Religious Freedom Restoration Act – a favorite of conservatives who want to invalidate laws they don’t like – puts a heavy burden on the government to justify laws that impact religious exercise even incidentally.

So by making public statements that contradict the arguments the Department of Justice lawyers defending the ban are making in court, and at the same time declaring his contempt for the judges who will rule on the order, Trump is undermining an already very weak case.

And that’s more reason for alarm than comfort. Trump isn’t willing to play along and pretend his order isn’t about fulfilling his campaign promise to keep out Muslims because he rejects the role of the other branches of government as a check on his authority. The first judge to rule against him was a “so-called judge”; the latest is being “political.”

Trump’s pronouncements on the judiciary are increasingly ominous. He told the Tennessee crowd, “People are screaming to break up the Ninth Circuit,” referring to the judicial circuit in which multiple district courts have ruled against the ban, and a panel of the court of appeals upheld the injunction against the first version of the order. It’s unclear exactly what he meant by that, but it implies doing something to the courts that goes beyond just insulting them.

He also made the troubling pronouncement that the latest ruling against the travel ban “makes us look weak.” The ruling only makes us look weak if your idea of a strong nation is one ruled by a strongman. Those Trump has expressed admiration for – including Vladimir Putin, Recep Tayyip Erdogan and Rodrigo Duterte – can rule unburdened by meaningful restraints on their power from courts enforcing the law. And it’s increasingly clear that this is the kind of power Trump wants. Time will tell how far he’ll go to get it.