The recent White House shakeup regarding Michael Flynn is the latest example of Donald Trump suggesting that as president he gets to define the law – which isn’t how things work in America’s constitutional democracy.

Trump and his team have insisted that Flynn broke no laws when he discussed sanctions relief in a call with the Russian ambassador prior to the inauguration. The matter – which prompted Trump to request his new national security advisor’s resignation – was merely a “trust issue,” the president says, stemming from Flynn misleading Mike Pence about what was discussed on the call. But it would have been impossible for Trump and White House Counsel Don McGahn to have made a good-faith determination that Flynn hadn’t done anything illegal, and there is evidence that they in fact did know Flynn had broken the law.

There are two questions Trump would have needed answered in order to honestly claim that Flynn did nothing illegal: whether Flynn’s phone call broke the law, and whether Flynn broke the law subsequent to the call by lying to investigators about it.

The call was potentially a violation of the Logan Act, which prohibits attempting to influence foreign governments regarding “any disputes or controversies with the United States, or to defeat the measures of the United States.” Telling Russia on the day sanctions were imposed that they might be lifted once Trump was in office without Russia having to cease the conduct that got it in trouble would seem to be just that.

Nevertheless, Trump “instinctively thought that General Flynn did not do anything wrong, and the White House Counsel’s review corroborated that,” according to Press Secretary Sean Spicer.

Now, there is good reason to believe that Flynn never would be prosecuted under the Logan Act; only one person has been over the past 200 years, and no one has ever been convicted. What’s more, the measure might be found to be a restraint on speech that violates the First Amendment. But the act is still on the books, with little guidance from the courts as to how to interpret it, and whether it has been violated isn’t a call Trump’s counsel gets to make – the attorney general does. And acting AG Sally Yates thought Flynn’s conduct was potentially illegal, according to the Washington Post. 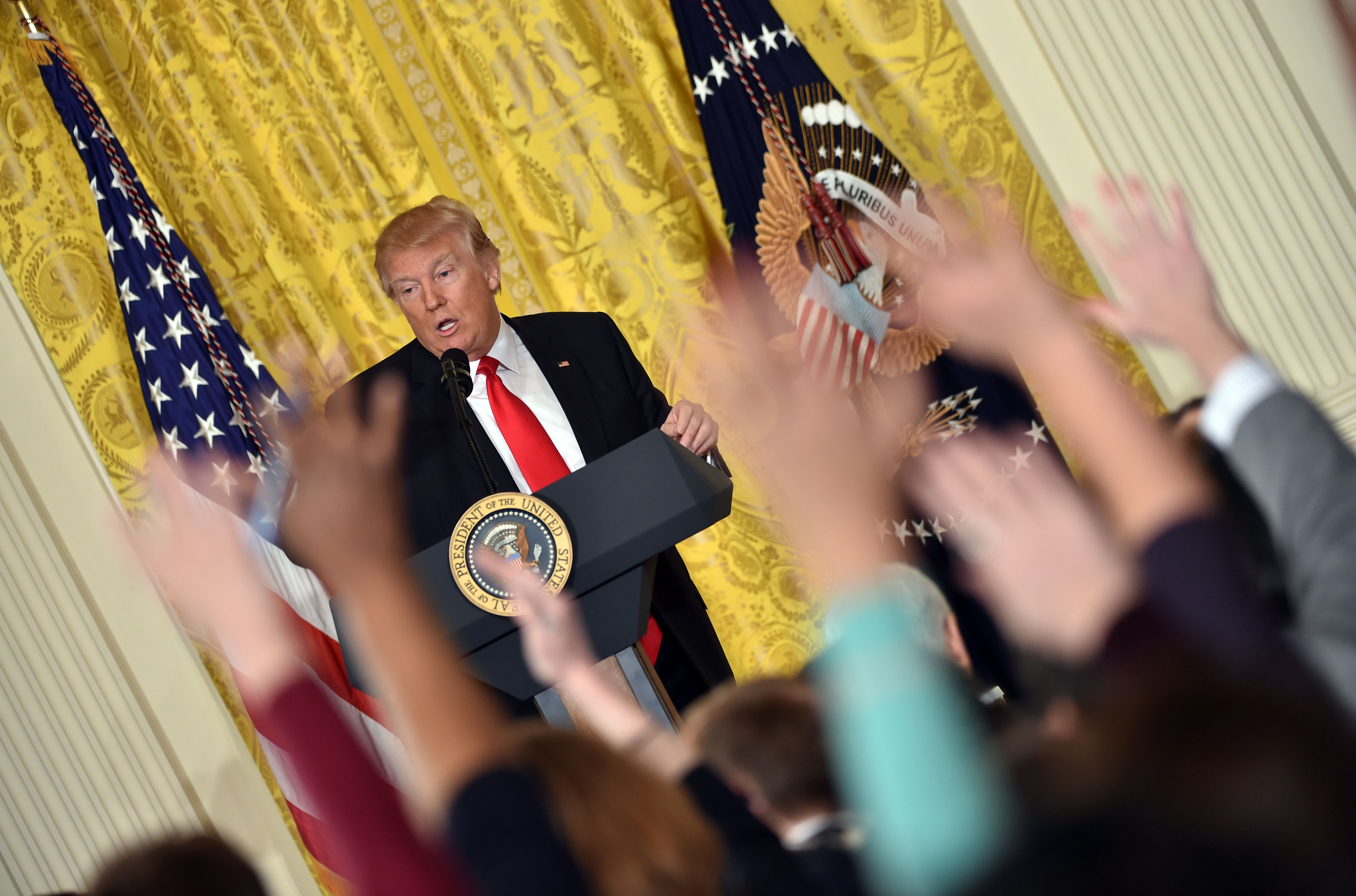 The confident assertion that Flynn didn’t violate the Logan Act or any other law because one Trump lawyer said so is a striking contrast to the way Trump, Flynn and the rest of the “Lock her up!” crowd insisted Hillary Clinton had violated the law; it was quite a stretch to claim the equally antiquated and unused Espionage Act prohibited her use of a private email server, and the FBI concluded after a massive investigation that there was no case to be made against her.

Trump’s declaration that Flynn didn’t do anything illegal is even less credible given information that came to light on Thursday. After days of Trump declaring Flynn had broken no laws, the Washington Post reported that Flynn denied discussing sanctions with the Russian ambassador when questioned by the FBI. If that is true, Flynn committed a felony, and the White House probably knew about it. At the very latest, the White House had to have known Flynn had a legal problem before Trump claimed repeatedly that he didn’t at his Thursday press conference: The New York Times reported two days earlier that the FBI believed Flynn had not been forthcoming.

To be sure, Flynn might argue that he didn’t mean to mislead the FBI, and CNN has reported the bureau doesn’t expect to pursue charges. But again, whether or not we should “Lock him up!” isn’t the issue.

The problem is that when Trump insists Flynn didn’t break the law, he’s really saying that his personal belief about Flynn’s innocence should make it so. This is part of a larger pattern of Trump claiming he gets to decide what the law is. At his Thursday press conference, he also attacked the 9th Circuit Court of Appeals for blocking his ban on travelers from Muslim-majority countries in an extension of his Twitter campaign to delegitimize courts and judges who are just doing their jobs by reviewing his executive order to ensure it complies with the law and the Constitution.

Trump either doesn’t understand or completely disdains our system of laws. He responds to criticism or questioning with non-sequiturs about how his campaign was great and his election win huge because he thinks his victory entitles him to do whatever he wants now.

The U.S. president doesn’t understand that his nation’s system is designed to avoid having all power concentrated in one supreme leader. He rejects the separation of powers among branches of government because he thinks he should be able to decide what’s legal and what isn’t. He attacks the media because he thinks his win entitles him to freedom from criticism, claiming any stories or facts he doesn’t like are false or not newsworthy. He is enraged by the idea that he has to account to courts, the media or the public for his actions or inaccurate statements. According to Trump, the Russia story is “fake news” not because it’s inaccurate, but because he says so.