The Health Care Debate Is About Values - Rolling Stone
×

Facts matter. Though the analyses come to different conclusions about the exact figures, they all say that the American Health Care Act will have the immediate effect of removing millions of Americans from the rolls of the insured. It will deliver hundreds of millions of dollars in tax breaks to wealthy Americans who don’t need it. Some number of Americans will go bankrupt from medical debts, go without necessary prescriptions and die earlier than they otherwise would have if this bill passes.

But the numbers, whichever set you believe, don’t tell the whole story of what the Republican plan and Obamacare mean to this country. It’s a story of statistics and a story of people – but at its heart, it’s a story of values.

The Affordable Care Act is not, as President Trump has called it, “a complete and total disaster” or “a lie from the beginning.” But it is imperfect. There are real problems with insurers pulling out of marketplaces. Premiums in many places are going up (although subsidies often cover the increases for many people). Rising costs and access to plans were problems before Obamacare passed, but it’s fair to say the health care law hasn’t delivered universally accessible, affordable or comprehensive care.

But problems aside, the Obama administration and Democrats in Congress crafted the ACA with a clear purpose: to give more people health insurance and to make that insurance do more.

It was an aspirational piece of legislation. The ACA wasn’t just a step toward universal coverage, but a profound statement reflecting a fundamental belief that all Americans deserve decent health care, and all of us should share in that universal responsibility.

At its best, that’s what government is. We can’t build our own roads, so we pool our resources to build them together. Same with schools, public safety, national defense. We invest in science and arts as a society because they are investments in our own humanity.

Why not do the same with health care? We literally can’t live without it. So why shouldn’t it be a responsibility for us as a society to see people get the health care they need?

The ACA didn’t get us there. But those were the values behind the effort: a shared responsibility to ensure people had decent health care coverage. The individual mandate wasn’t just the necessary keystone that held the system in place; it was also a symbol of that shared responsibility. 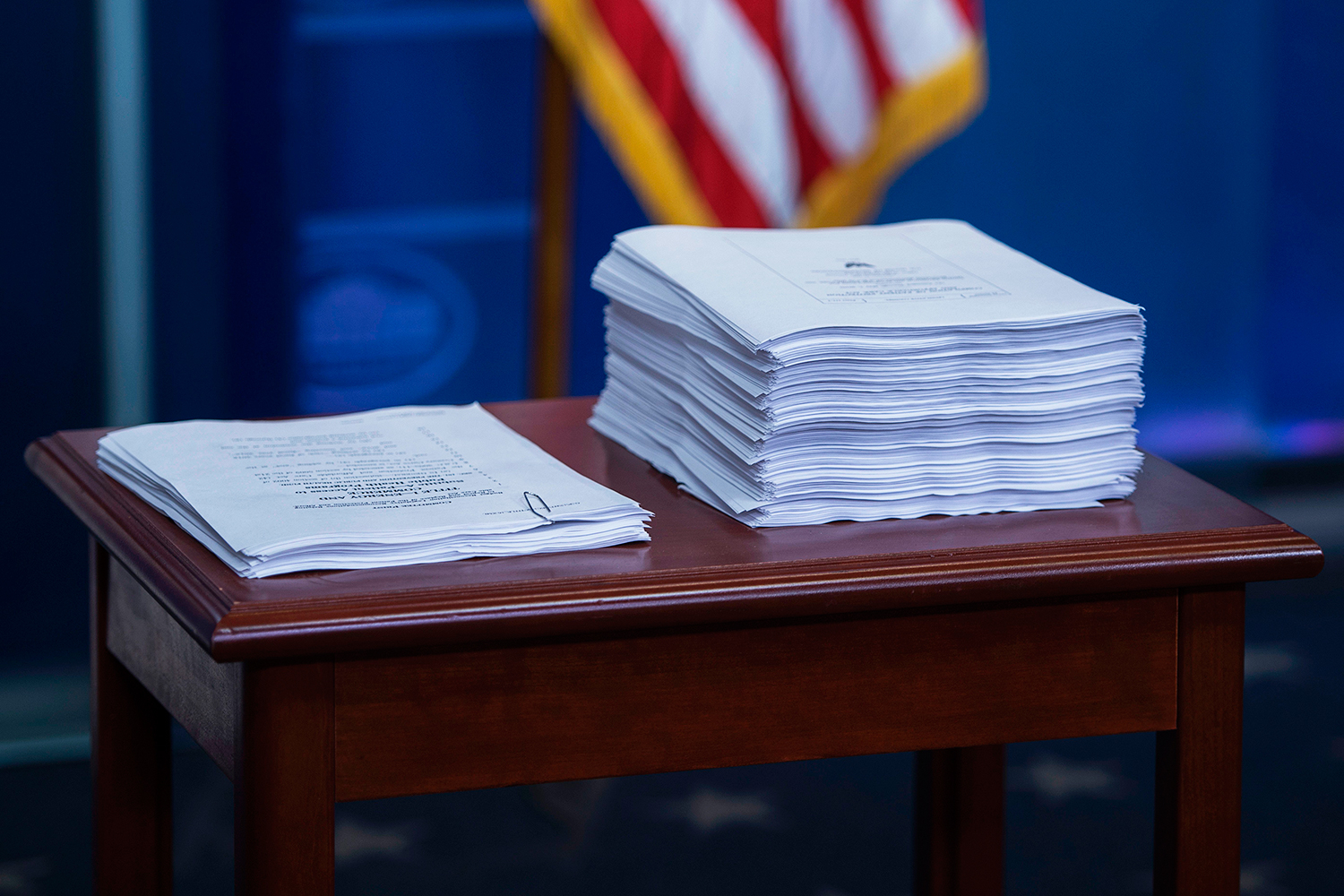 The Republican proposal, the AHCA, represents exactly the opposite values. Instead of distributing responsibility to ensure coverage to as many people as possible, it would rob millions of care. It would shrink spending on Medicaid. Cut subsidies and raise rates on seniors. Take away rules that make insurance more effective. And it would put the entire individual insurance market at risk of collapse by keeping the popular parts of Obamacare – like requiring companies to cover people with preexisting conditions – while eliminating the individual mandate, which made those provisions possible.

But, ah, the tax cuts! How they burn at both ends! They’re tilted toward the wealthy, of course. Tax cuts for insurance executives pulling in more than $500,000 a year. Tax subsidies that will give well-off people a nice break on their health care but do little to help the poor afford insurance.

Those subsidies are no longer based on need, so Bill Gates can get the same break on health insurance as his cousin’s barber’s niece’s boss’ cleaning lady.

That’s not how the bill’s authors in Congress or its supporters in the White House are trying to sell it, of course. They say it’s about reducing government interference and bringing back choice to individuals. But you can’t choose something you can’t afford.

Just like the ACA, the AHCA tells a story of values. Those values aren’t about shared responsibility, but about individual burdens – about how any government action is by its nature interference and an attack on freedom. The Republican plan to (sort of) repeal and (sort of) replace Obamacare declares loudly that no one has a right to health care, and that if you can’t afford it with the little help they’ll give you, that’s your own damn problem.

To be fair, these are the values of millions of Americans, including a lot of people in Congress. The future of the AHCA currently looks bleak because many Republicans believe it would still do too much for Americans. They’d let the free market determine who lives and who dies.

But I think we’re a better nation than that. I think Obamacare was a step in the right direction, a step that said: We ought to ensure people have access to the care they need. No one should go bankrupt from accident or illness. We should care for the sick and the poor. We should share responsibility for the cost of a basic human need.

Those are the values we should aspire to. That’s how we write a decent health care law, and that’s why Obamacare covered tens of millions of Americans. Don’t move backwards.