As delicious as it was to watch the mainstream Republican Party crushed under the weight of its own internal contradictions during the 2016 campaign season, a new horror show could be even better. In a special Alabama Senate race going on now, we can watch Donald Trump chewed to bits by his own base.

The CliffsNotes version of this story:

2) World freaks out. Backstabbers in the White House try to save themselves by leaking to the press that the problem is chief strategist Steve Bannon, a white supremacist cancer on an otherwise redeemable presidency.

3) Bannon is pushed out, and immediately gives an interview to The Weekly Standard in which he declares the Trump presidency “over” and promises to use Breitbart to hog-butcher his enemies back in Washington. “I built a f***ing machine at Breitbart. And now,” he says, “we’re about to rev that machine up. And rev it up we will do.”

The Madness of Donald Trump

4) Bannon backs former judge Roy Moore in a runoff race for the Senate seat vacated by Justice Department chief and oft-whipped Trump toady Jeff Sessions. Moore is a Christian identitarian throw-the-bums-out lunatic who normally would be close to a perfect fit for Trump’s alleged “drain-the-swamp” movement.

If you can stand it, check out Breitbart this week. Bannon has reportedly decreed that it’s all hands on deck, and the only story that matters is the Moore-Strange Senate race. Bannon and the alt-right are all-in for Judge Roy Moore.

Breitbart is hammering Trump’s candidate Strange on a number of fronts, including his involvement in a bent shopping mall development deal involving Tennessee Sen. Bob Corker and his investment in a company that doles out visas under the controversial EB-5 program.

More than anything else, though, Breitbart is ripping Strange for being a tool of the Republican establishment. According to various reports, the Senate Leadership Fund, Mitch McConnell’s Super PAC, has poured as much as $9 million into the Strange campaign.

All of this is happening in advance of a visit to Alabama by Trump to support Strange this Friday night. The prez threw a half-hearted tweet in Strange’s direction in advance of the visit:

Looking forward to Friday night in the Great State of Alabama. I am supporting “Big” Luther Strange because he was so loyal & helpful to me!

Bannon’s “thermonuclear” revenge play threatens to throw the Republican Party into a chaos from which it may not recover. The schadenfreude factor is off the charts. Take just one hilarious angle to this thing, the embarrassingly shameless effort by the McConnell PAC to cling to the hated Trump like a barnacle as it pushes to keep Moore out of office.

This is the text of a TV ad for Luther Strange funded by the Senate Leadership Committee:

What could be funnier than the mainstream Republican Party – and Mitch McConnell in particular – begging the citizens of Alabama to believe they love The Wall more than Breitbart does?

Two years ago, when Trump was just an irritating subplot in the Beltway Republicans’ half-assed plan to re-take the White House, Mitch McConnell wouldn’t have touched the Wall idea with a set of surgical forceps. Now, McConnell has no choice but to wrap his arms all the way around Trump and everything he stands for. The party has no natural constituency otherwise. Without the constituencies of at least one of Trump or Bannon, the McConnells of the world would be completely irrelevant in places like Alabama.

Meanwhile, in an exactly opposite ironic stroke, the Bannon-backed candidate, Moore, is blasting Luther Strange as a representative of the “Washington Swamp.”

This means that Trump, who stormed into the White House riding a “drain the swamp” platform, has essentially become the swamp in the eyes of Breitbart, at least for the time being.

So McConnell has sold out to Trump, and Trump has sold out to McConnell, and it’s Steve Bannon, who just weeks ago was kicked out of the White House, who is now playing the role of kingmaker in the Republican Party.

The spectacle will achieve peak gruesomeness Thursday evening, when Sarah Palin and the also recently ousted Dr. Sebastian Gorka will campaign for Moore in Alabama. The event is sponsored by something called the MAGA Coalition, a new group not officially connected to Trump. (Charles Manson and the ghost of Heinrich Himmler were not available.)

Having these two freak shows back-to-back – Palin-Gorka Thursday, Trump-Strange Friday – will offer the national media and the Republican electorate a reality-show-style standoff, cartoonizing the new divisions within the party.

God knows why Trump is backing Luther Strange. My personal theory is that it’s because Luther is tall – Trump has a thing about short people. Whatever the reason, politically it has the potential to be a massive error.

The one piece of leverage Trump held over the Republicans in the House and Senate was his ability to blow the disobedient among them out of office with more despicably nativist primary challengers. He was doing this to Jeff Flake in Arizona and seemed poised to do it to Corker in Tennessee.

By backing Strange, however, Trump opens the door to allow Bannon to show everyone that Trump owes more to Breitbart than Breitbart owes to him. If Moore wins, all of Washington will know that Bannon really controls the crucial lunatic plurality of the party, not Trump. 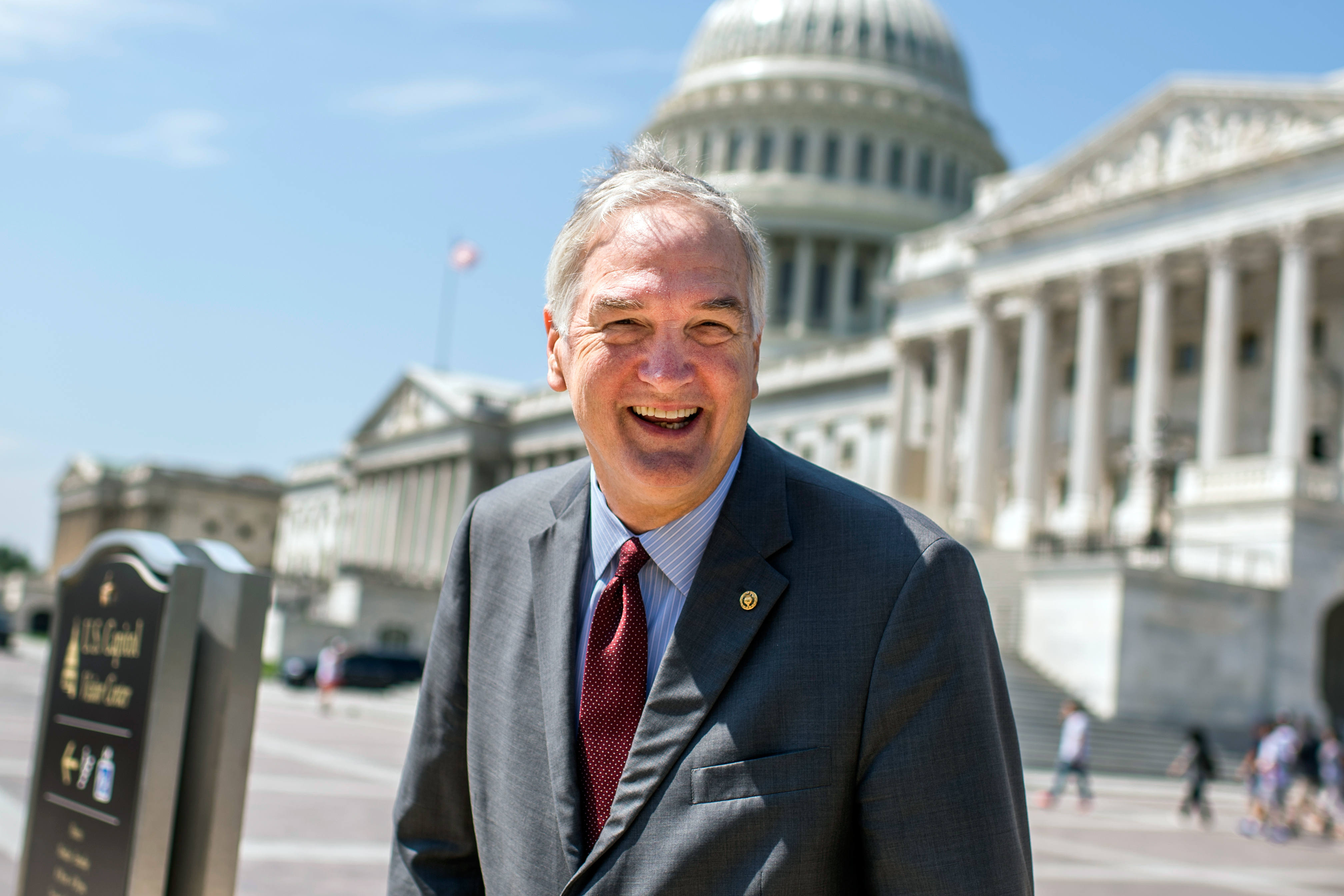 Trump may be dumb enough to think that he can elevate “big” Luther Strange to office through the sheer force of his cult of anti-personality. It’s a close call, but he’s probably wrong. The polls suggest Moore is a strong favorite to win, despite both Trump’s endorsement and McConnell’s money.

This is a monstrous comeuppance for Trump. He gate-crashed the Oval Office by stirring up race-hatred and anti-immigrant sentiment and promising to lay waste to the perfumed boyars in the Republican political establishment.

Now that he’s in Washington and potentially dependent upon those same Republicans to survive his term – he could need the McConnells and Ryans of the world to weather an impeachment effort, for instance – he seems tempted to throw in with those same hacks to save his skin.

What a glorious disaster this is, all the way around. McConnell and company disgrace themselves totally by clinging to Trump’s ankles. Trump betrays his own constituents and may soon represent the same “swamp” he campaigned against. If the world is just, they will roast together for all eternity in the same boiling hell-cauldron.

Of course, the price of this chaotic spectacle is high. Roy Moore is an awful human being, and it will be a bummer to see him decorating a Senate office with a stone relief of the Ten Commandments. Moreover, the likely endgame here is Trump running back into Bannon’s arms behind the scenes, resulting in even worse White House behavior.

But for the moment, Trump, McConnell and the rest of that party deserves to circle the drain together, and to claim collective ownership of a near-impossible achievement: in control of both houses and the White House, the Republicans have somehow managed to make themselves completely incapable of exercising power, thanks to these devastating internal divisions.

They may not stay divided forever. But for the sane among us – who haven’t had much fun watching politics in the last few years – this fracturing for a while at least should be a comedy worth following.