Denise Vivar didn’t know she was an undocumented immigrant until she started applying to colleges and discovered she wasn’t eligible for federal financial aid. When she was seven, she and her brother had traveled from Mexico to Brooklyn, where their mother had already settled. Her family had never discussed its immigration status. She’d never understood, for instance, why they were instructed not to open the door if an officer in a green uniform was on the other side.

When Vivar was accepted to the City University of New York’s Lehman College, she was only able to attend because of a scholarship from the school’s Mexican Studies Institute, which doesn’t discriminate based on immigration status. Now 21 and a recent green card recipient, Vivar says one of Lehman’s biggest draws was its DREAM Team, one of CUNY’s first clubs created by and open to undocumented students. “I wanted a group where I could feel supported throughout my college career, just because it had been a really rough start,” she says of her efforts to secure funding.

That support system proved vital to Vivar in the hours after the presidential election, when she met for breakfast to commiserate with other members of the DREAM Team – named for the Development, Relief, and Education for Alien Minors Act, which would provide a path to citizenship for undocumented people who entered the United States before age 16. President Obama has deported 2.5 million people since 2009 – more than any other president. But he also passed, by executive action, the Deferred Action for Childhood Arrivals program, which provides temporary relief from deportation and a work permit for those brought to the U.S. as children. This common-sense policy has been a saving grace for many undocumented immigrants – to date, it has helped 750,000 people – and has helped differentiate Obama’s policies from those of President-elect Trump.

How Sanctuary Cities Are Plotting to Resist Trump

Trump’s anti-immigrant rhetoric, threats of mass deportation and promise to eliminate DACA have elicited a wave of anxiety from undocumented immigrants, particularly those who found reprieve thanks to the program. In response to the election, and the legitimization of Trump’s immigration stance, the Lehman DREAM Team and other undocumented students around the country quickly moved from shock to action.

On November 16th, thousands of students at more than 80 campuses held walkouts, coordinated by the immigrant-rights group Cosecha to show support for their undocumented peers and present university administrators with demands for policies that they hope will offer increased protection against Trump’s threats.

Within days of the election, students on those campuses were creating petitions calling for their colleges and universities to become sanctuary campuses to protect undocumented students. The concept is similar to that of so-called sanctuary cities, the hundreds of U.S. municipalities – targeted by Trump during his campaign – where local law enforcement have agreed not to cooperate with federal ICE officials in detaining immigrants. The general idea dates back to the 1980s, when churches helped Central American immigrants at risk of deportation to their war-torn home countries. 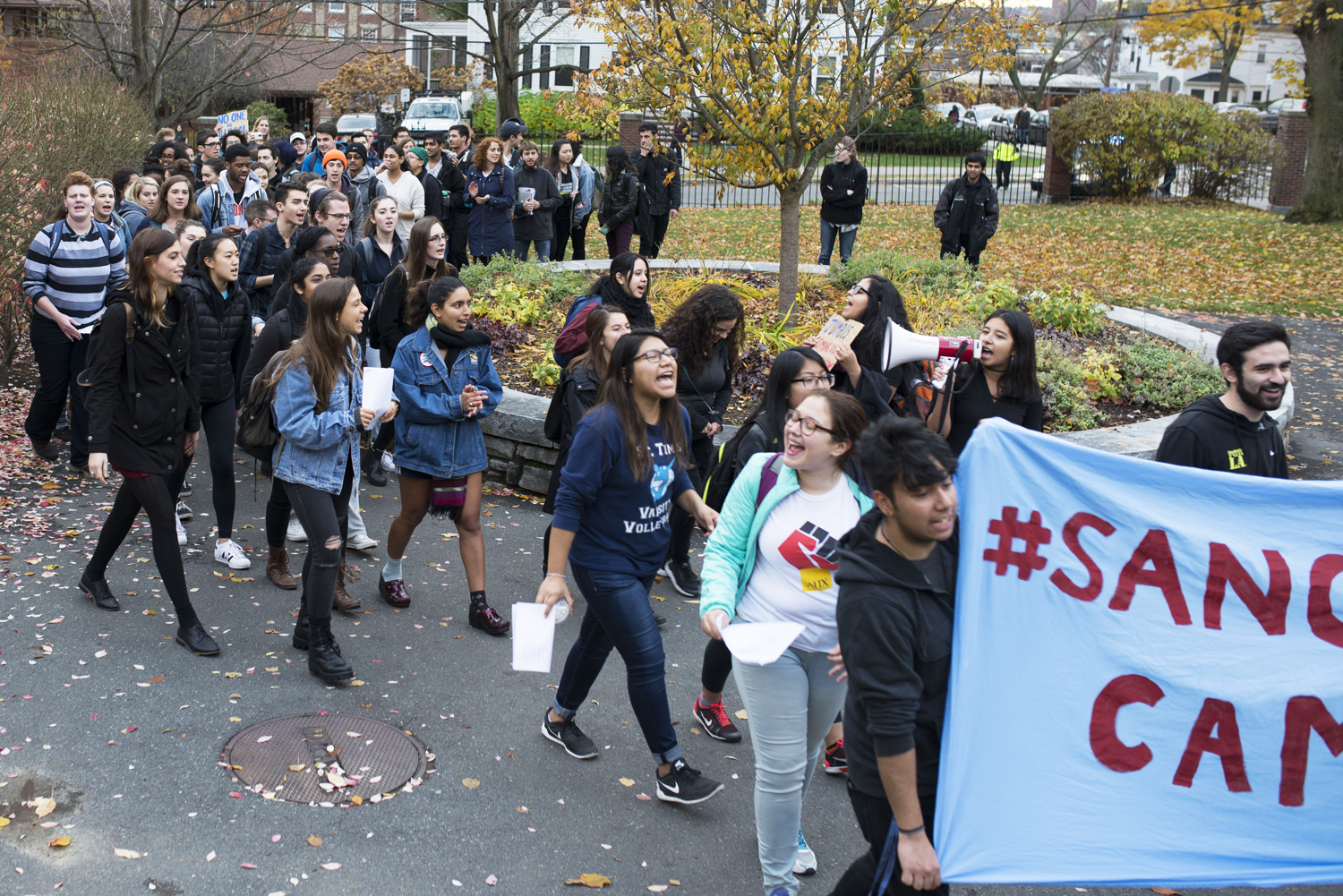 Sanctuary campuses, however, are quite new, and the definition of the term varies from school to school and petition to petition, causing some confusion about what a university administration is promising if it comes out as a sanctuary. Central to most petitions are guarantees that a school will not allow ICE officers on campus or share any information it might have on a student’s immigration status. “Basically it’s a concept that says, ‘You’re safe here, and your immigration status, we won’t ask. We won’t turn you over. We won’t turn your records over,'” says María Blanco, executive director of the University of California Undocumented Legal Services Center.

There’s also the question of what schools are legally allowed to do to protect their undocumented students. “I think where we’re at now is campuses reviewing their laws and policies to try and develop as many protections as possible to promote an inclusive environment of equality and as much safety as they can secure for their students on campus, within the bounds of the law,” says Jonathan Blazer, a lawyer specializing in immigration policy at the American Civil Liberties Union. “These are largely unchartered waters. This is not territory that’s been really tested out.”

But already, school administrations are responding to students’ concerns. On November 21st, Wesleyan University in Connecticut became one of the first sanctuary campuses in the country, committing to a handful of policies to support its immigrant population, such as not discriminating on the basis of citizenship and providing legal resources. “By a sanctuary campus, we mean that we would resist any efforts at mass deportation and specifically not voluntarily cooperate with border patrol or immigration officers who were seeking information about members of our campus community,” Wesleyan President Michael Roth tells Rolling Stone. Asked at what point ICE would be allowed on campus, he says he would need a specific court order, subpoena or warrant.

Echoed by a number of other universities, that caveat is becoming a sticking point between student-activists who are calling for a guarantee of total protection ­– unless there’s a risk of danger or violence to others on campus – and administrations trying to determine what they’re legally able to guarantee. On November 30th, the president of the University of California system, which Blanco says has upwards of 4,500 undocumented students, announced it “will vigorously protect the privacy and civil rights of the undocumented members of the UC community and will direct its police departments not to undertake joint efforts with any government agencies to enforce federal immigration law”; a court order would be necessary for it to do otherwise.

A sanctuary campus petition created by students at Rutgers University in Newark, New Jersey, asks that the school refuse all voluntary information-sharing “to the fullest extent possible under the law.” Thaís Marques, an undocumented Rutgers student and a volunteer organizer for Cosecha, says she and other students developed that wording with the input of lawyers. Other demands include that the university support students who qualify for DACA and that it continue to offer in-state tuition rates for undocumented students.

Despite believing that these requests are feasible, Marques understands the hesitancy of some administrations. “We know that it’s not a low-bar ask for universities to come out as sanctuary campus, but we’re in a historical moment where universities who claim that they want to protect their students have to actually act like it,” she says. 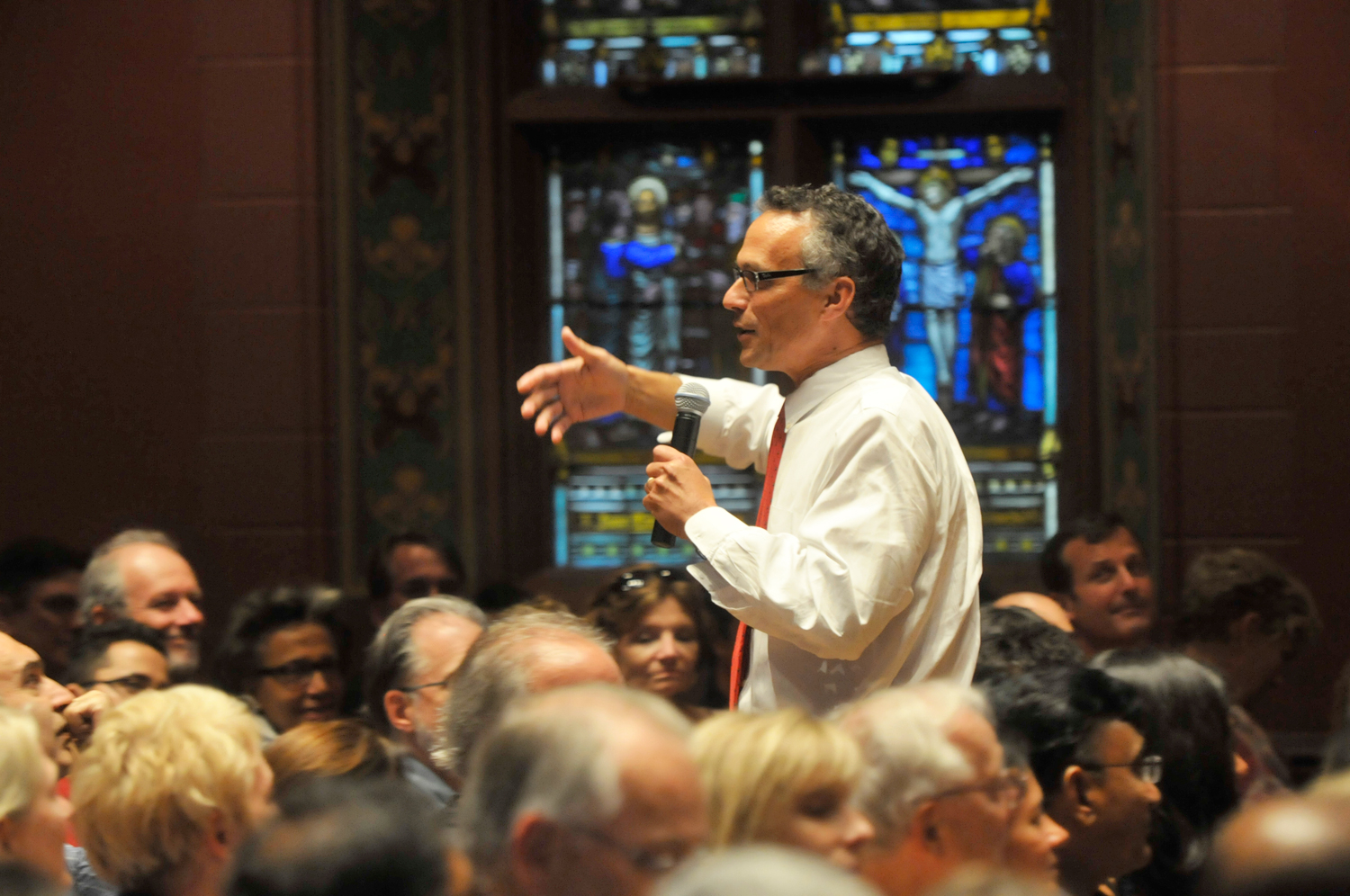 Both Blazer and Blanco cite the Fourth Amendment, which protects the right to privacy and against unreasonable searches and seizures, as a major obstacle to any efforts by federal authorities to access data on students. The Tenth Amendment, which defines the relationship between the federal and state governments, would also be a potential block against any retaliation directed toward sanctuary campuses – ­a threat Trump has not issued, but that activists worry could be a logical extension of his comments targeting sanctuary cities.

In a December 1st tweet, Texas Gov. Greg Abbott said he would cut funding for any state campus that “establishes sanctuary status.” But Blanco questions the legality of that threat. “If he’s basically saying that if somebody asserts the right to the Fourth Amendment for their records and their students that he’s going to cut off their funding, I think he’s got a big constitutional problem there,” she says. “I don’t think that’s legal to say: ‘We order you to violate the Constitution, or we’ll take away your money.'”

Public universities are far more vulnerable to those kinds of threats than private ones are, but both have shown hesitancy to use the word “sanctuary,” in large part because the term still lacks an agreed-upon definition. Administrators at Brown University, for example, passed on using the term when pressured by a student petition, but reaffirmed their commitment to policies that support undocumented students, including not sharing immigration status with law enforcement without a subpoena. In a statement to Rolling Stone, Brown spokesperson Cass Cliatt explained, “During a time of understandable uncertainty, fear and anxiety for members of our community, universities are being asked to comment on a concept that has no clear definition, while at the same time needing to assure our communities that we will do absolutely all that we can within the law to protect them.” She later wrote, “We feel there is value in moving away from the debate over the term sanctuary that arose from the various petitions and instead focus on how we advocate with our state and federal elected and appointed officials for the preservation of DACA.”

And yet, rhetoric remains important for those who hope not only for specific policies but to identify with a larger tradition and movement. “I wouldn’t underplay the symbolism” of the term sanctuary campus, says Blazer. “It is a way for campuses to reaffirm a message of equality and inclusion. At a time in which immigrants have been vilified, it sends a strong message that we treat you equally here, we want you here and we’ll do everything within our power to keep you successfully enrolled here.”

The need for campuses to provide sanctuary against mass deportation for their undocumented and DACA students remains hypothetical; most involved in these efforts on both the student and administration sides hold out hope that they will prove unnecessary. But in this period of uncertainty, some of the most vulnerable are calling on institutions whose power far outweighs their own to live up to their statements of inclusion and offer as much protection as they can.

“A lot of universities use this language about how much they care for their students, especially when it comes to undocumented students. Sometimes we can be fetishized as these really great kids that have made it to university and we become almost like a token on campus – and many of us have been treated as tokens,” says Marques. “Yes, we’re here, but it’s not just about making your university look really progressive. If you want to truly be progressive, then you’re going to have to actually protect your students.”