The following is an excerpt from Tim Mak’s new book “Misfire: Inside the Downfall of the NRA,” about the turmoil inside the country’s most powerful gun lobbying group.

At the pinnacle of the National Rifle Association’s power, around the inauguration of President Donald Trump, it was good to be Susan LaPierre, the wife of NRA CEO Wayne LaPierre. The NRA had spent over $30 million in support of Trump’s candidacy, more than even the leading pro-Trump super PAC. Susan felt that the NRA had been instrumental in getting Trump elected president, and thus not only did Trump owe the NRA; she thought that by extension Trump owed her. She believed then, and has continued to insist for years, that she was up for an appointment by the Trump administration to be ambassador to Slovenia. She got an assignment to the National Park Foundation board instead.

Trump's Biggest Issue With Jan. 6 Is That Nobody Is Talking About His Rally's Crowd Size

'Trump Called Us to D.C.': Capitol Rioter Who Tased Cop Blames Trump for Jan. 6 Attack. So Does a Federal Judge

Susan is a well-dressed woman living almost exclusively in a social circle of other wealthy, well-dressed women. Seldom seen in the same outfit twice, she’s far more often found attending a gala than going on a safari. She was not known for her love of hunting, although when she did partake she was not above a bit of savagery. The New Yorker published a video showing her hunting an elephant in Botswana, although the word “execution” might be a better way to describe it. In the clip, a defenseless elephant stood in front of her cluelessly. Susan fired a shot, and the animal instantly collapsed. Susan burst into laughter after killing the animal, exclaiming, “That was amazing . . . wow, my heart is just racing. I feel great!” Grinning, she then sliced off the end of the elephant’s tail, held it in the air, and cried out, “Victory!” Susan personally requested that the elephant’s body parts be surreptitiously shipped back to the United States, and the animal’s front feet were turned into stools for the LaPierres.

Susan tried hard to project authenticity, to share an image of herself as someone who would hunt. She would encourage Wayne’s aides to take him on hunting trips, even though Wayne never really cared about any of that. People need to see him doing that stuff, she said. But neither Wayne nor Susan was built for the sport. In her quest for authenticity during the elephant hunt, she engaged in an uncouth spectacle and inadvertently revealed herself as a dilettante. Anyone deeply immersed in the hunting community would have known that her actions in Botswana were, well, not very sporting.

When you speak to individuals within the NRA world about Susan, they commonly respond with a series of unprintable insults. She is described as pretentious, manipulative, unpleasant, a person who grew up to forget her humble roots, according to a dozen sources who knew her personally at different times in her life. When Susan wanted something, she pestered Wayne constantly. She knew his character, once describing her own husband’s management style as “no management style at all.” Wayne reacts to his wife as he does to all the people he is close to: if she pesters enough, she would get the green light. Around the office, her power was either innately understood or quickly learned: Susan has absolute control over Wayne on the issues she cares about. Staff refer to her as “the boss’ wife” or even “the First Lady of the NRA.” She luxuriated in that power, that status as Wayne’s wife, and would frequently drop this fact in casual conversation. “My husband, Wayne,” she’d say over and over again.

Another favorite Susan phrase is “I’m just a volunteer,” as if emphasizing how much she’d sacrificed by not taking a salary from the NRA. She is not just the boss’ wife but a force within the organization with all the de facto authority of an executive. And she was rewarded with perks that would make a corporate executive blush. The “volunteer” had a full range of staff and consultants working on her communications, according to NRA insiders. They ordered her Christmas gifts, and arranged events for the vanity project Susan organized to draw in women who support the Second Amendment. The “volunteer” had her own personal security. She drove around in her own Mercedes, and when not in the Washington, D.C. region, she would hire a driver and a black car, often a Chevy Suburban. 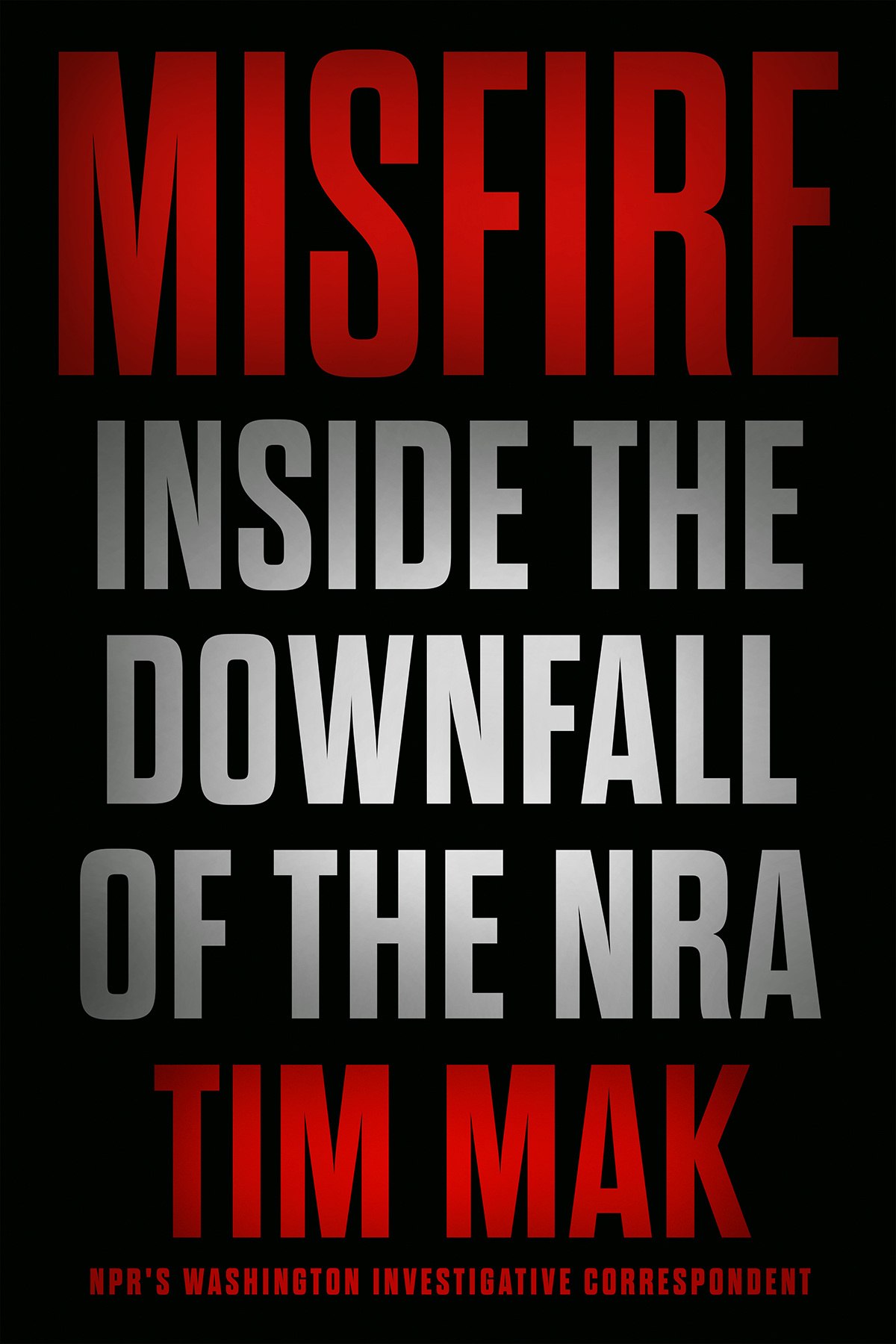 She was ostensibly the cofounder and chair of the Women’s Leadership Forum, a group of high-dollar donors to the NRA. Her budget came from multiple pots, much of it from the Office of Advancement, which is in charge of high-dollar fundraising. But if she needed more money to fund her extravagant tastes, she would pull from Wayne’s budget from the office of the executive vice president, the formal title that he holds. Other times she would get what she wanted by billing an advertising agency and having it send the bill right back to the NRA, the invoices bearing nondescript explanations. Her staff saw these practices up close: an ongoing torrent of bills.

NRA staff could always tell when she was in the office because of the strong smell of her telltale perfume. Over her years as the NRA’s First Lady, she spent tens of thousands of dollars on hair and makeup. She tried to keep these expenses hidden, but both her staff and the New York attorney general would realize the pattern.

Susan preferred to use Brady Wardlaw, a Nashville, Tennessee, makeup artist whose clients include LeAnn Rimes, Reese Witherspoon, and Taylor Swift, which necessitated plane flights from Nashville and the best luxury hotel suites for her stylists. In 2017, right before the Women’s Leadership Forum at the Four Seasons Resort in Las Colinas, Texas, Susan ejected her own staff from their rooms at the hotel so that her hair and makeup artists could each have a suite, plus a separate empty suite where she could have her makeup done—at a cost of nearly a thousand dollars a night for five nights. The New York Attorney General found during an investigation that between May 2016 and May 2017 one stylist was paid $16,359 for three events.

The perks didn’t end there. The NRA would pay for her personal Christmas, baby shower, and wedding anniversary gifts, and the New York attorney general’s investigation later noted that “gifts [paid for by the NRA] were especially common for those affiliated with the Women’s Leadership Forum.” That same probe found that she raided her husband’s consulting budget to pay six-figure salaries to her personal assistant and a communications consultant that did “special projects.”

The extravagance rubbed her staff the wrong way. The NRA had created a narrative about being for middle America, often stoking cultural resentments to do so. Meanwhile Susan was playing off this to go to Lake Como on a private jet, all while treating her staff like dirt, those that witnessed her conduct said. Her staff were absolutely harried by her constant demands and profligate spending—thousands of dollars on everything from flowers to lighting.

“She would always be very political. . . . She’d only speak to you when necessary,” said one former NRA staffer who worked in fundraising. “Anyone working on Women’s Leadership Forum stuff was very stressed out.”

Susan demanded loyalty from staffers but never displayed any to those who worked for her. She would play a game where she gave people affection, then took it away. Staff who tried to get her to like them realized that they would never succeed — because she thought they were beneath her.

That is, unless you could be useful to her. Susan once unexpectedly burst into an aide’s apartment while the aide was on maternity leave. The aide had just returned from giving birth at the hospital when Susan made an unannounced visit, according to two people with knowledge of the incident. She forced her way in, and took unflattering photographs of the aide while she was still recovering from childbirth — all so that Susan had photos to share with other Women’s Leadership Forum members. It was as if Susan needed the photos for social capital and did not care how she made her aide feel.

Susan has always been a strategic social climber, and Wayne’s success as the head of the NRA gave her an opportunity to live the life she had dreamed of. In the 1990s, she worked for Brad O’Leary, the head of one of the NRA’s major vendors, and he introduced the two. Wayne never cared for mansions, private jets, or expensive clothing before he met Susan. “He was Mr. Rumpled Suit,” said former NRA lobbyist Richard Feldman, who knew him best in the 1980s and ’90s. Among the women associated with the NRA now, haute couture is the minimum. And Susan has been the driving force behind that change in attitude.

While much of the spotlight has been on Wayne, Susan has been a primary driver of his actions at the NRA. She’s tightly integrated into his work life. If you wanted to reach Wayne, who doesn’t use email, you could reach out to Susan and she would get a message to him. The two people with access to the email address that is nominally Wayne’s are his assistant and his wife. And when Wayne wanted his chief of staff to have a document quickly, he would have Susan take a photo of it and send it.

To outside observers, their relationship can seem to be more professional than personal. When Wayne had a health scare in 2018, he took a business associate, not his wife, along with him to the Mayo Clinic to confront his medical crisis.

Wayne did not discover money’s alluring glow on his own. Susan pushed and prodded him all the way. She wasn’t the only one, but she was the only one who lived with him. Both were motivated to keep up with the lifestyles of those around them, and they surrounded themselves with millionaires and billionaires in the gun-owning community.

Wayne’s salary jumped from $200,000 in the mid-1990s to $2.2 million in 2018. Of the more than six hundred nonprofit organizations tracked by CharityWatch, Wayne is the fifth-highest-paid nonprofit leader in the country. If you exclude health care nonprofits, Wayne is the second-highest paid. And that’s without counting the perks the LaPierres afforded themselves along the way: from 2013 to 2017, was reimbursed for $1.2 million in expenses, according to the NY Attorney General’s investigation.

There are things you see when you hobnob with the rich that, if you want to match them in opulence, are very expensive and, more importantly, possibly illegal if you use nonprofit funds to pay for them. If Wayne had been an executive at General Electric, their expenses might well have been within bounds, if properly filed and reported. But they were using nonprofit funds, which are tax-exempt because the organization is meant to act in the public good—and thus are subject to greater oversight from government bodies.

In April 2019, the New York Attorney General Announced that it had launched an investigation into the NRA’s financial dealings. A year and a half later, in August 2020, the AG filed a lawsuit, seeking to dissolve the NRA, and naming Wayne himself (but not Susan) as a defendant. By October 2020, the Wall Street Journal had reported that the IRS was investigating Wayne for possible tax fraud.

Now both Wayne and Susan are hanging on desperately, hoping that Wayne doesn’t go to jail.

From Misfire: Inside the Downfall of the NRA by Tim Mak with permission from Dutton, an imprint of the Penguin Publishing Group, a division of Penguin Random House, LLC. Copyright © 2021 by Tim Mak