For years, DeWayne “Lee” Johnson drove a truck with a 50-gallon tank of Monsanto’s Ranger Pro pesticide mounted on top. A groundskeeper for the Benicia Unified School District in Solano County, California, north of San Francisco, Johnson went through hundreds of gallons of the stuff every week between the truck and his backpack sprayer. When it was windy, the pesticide would coat his body in a fine chemical mist. One day, the tank’s hose broke, soaking him from head to toe. A few months later, he developed a rash on his knee. A few months after that, the rash spread across his body. In 2014, Johnson was diagnosed with non-Hodgkin lymphoma.

On Friday, a California jury found that Monsanto’s products likely caused Johnson’s cancer, and ordered the company to pay the terminally-ill groundskeeper $289 million. As the first of an estimated 5,000 similar suits pending against Monsanto, the judgement is a harbinger of trouble for the company. After the decision was announced, the stock price of Monsanto’s parent company, Bayer, nosedived on concerns Monsanto may be liable for billions more in damages. But the product the jury believes caused Johnson’s cancer is still on the market. That’s because the EPA, as recently as November 2017, declared the chemical harmless to humans. At trial, Johnson’s legal team was able to demonstrate, via internal emails, just how deeply Monsanto was involved in getting the EPA to reach that conclusion.

Three months after receiving his prognosis, Johnson called Monsanto to ask if there might be a connection between his cancer and the chemicals he worked with every day. “He was told no, there is no connection,” Johnson’s lawyer, Timothy Litzenburg, tells Rolling Stone. Monsanto’s medical director was alerted to the call; he was supposed to call Johnson back to get more information; Johnson says he never heard from the man. He kept spraying.

A few months later, in March 2015 — the same month the World Health Organization announced its analysis that glyphosate, the active ingredient in both Ranger Pro and Roundup, the most widely used pesticide in the world, was a “probable carcinogen” — Johnson called the Missouri Regional Poison Control Center. (The center has a contract with Monsanto to consult with anyone who contacts the company with health concerns.) “Instead of saying ‘The WHO says it causes cancer, we disagree,’ he was just told no, it doesn’t cause it,” Litzenburg says. Johnson kept spraying.

He had no reason to think he ought to stop because, according to the U.S. government, glyphosate is “not likely to be carcinogenic to humans.” Jurors in Johnson’s case, however, were not only persuaded there was overwhelming scientific evidence glyphosate can cause certain types of cancer, they were convinced that Monsanto was aware of the risk, and made concerted efforts to distort both scientific research and public opinion about it. 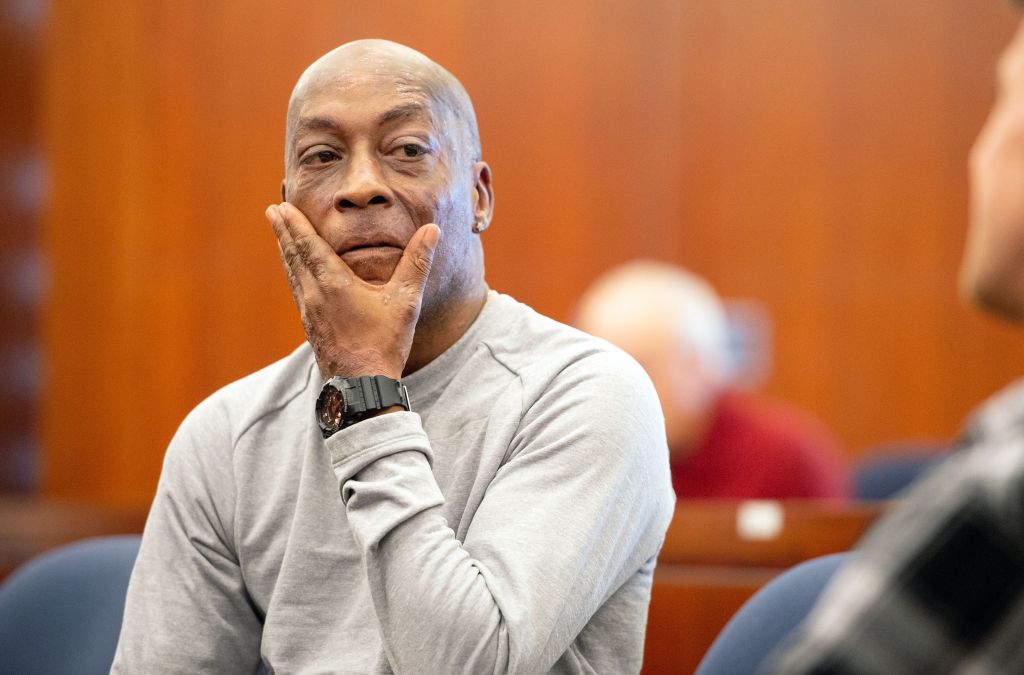 Plaintiff Dewayne Johnson reacts after hearing the verdict to his case against Monsanto at the Superior Court Of California in San Francisco, California, on August 10th, 2018.

Internal documents produced in court indicated Monsanto had reason to believe glyphosate was dangerous as early as 1983, when a study conducted by the company discovered a statistically-significant increased risk of cancer in mice who were treated with glyphosate. The EPA was alarmed by the finding, but Monsanto dismissed the results, saying it wasn’t definitive because a single mouse who was not exposed to the pesticide also developed a tumor. The agency wanted the study replicated, but Monsanto refused. “They fought over that one mouse’s kidney for years, spent millions of dollars on experts, instead of just doing the test again,” Litzenburg says. “The EPA even offered a compromise — let’s just do a kidney and liver test. Monsanto said ‘no.’ It’s amazing how often they’re able to say no to the EPA.”

The reason the company was able to say ‘no’ to the agency ostensibly charged with regulating its products, says Nathan Donley, a senior scientist at the Center for Biological Diversity, is because the pesticide companies quite literally bankroll the EPA’s pesticide office. Under the Pesticide Registration Improvement Act, pesticide manufacturers are required to pay registration fees, and those fees amount to about a third of the office’s operating budget.

The system was originally conceived as a way to make sure the companies who profit from the products pay for the costs associated with regulating those products, rather than the taxpayers. But, in Donley’s view, the plan has backfired spectacularly. “If industry is paying for 30-to-40 percent of the operating cost — the salaries — of the pesticide office, who are they working for?”

One thread of emails revealed in court demonstrated that precise dynamic, to damning effect. A matter of weeks after WHO declared glyphosate a probable cancer-causer, emails flew as Monsanto planned its response. In one, employees discuss “approaching EPA and… ask if there is anything that would help them defend the situation?” Ultimately, the Monsanto employees settled on a plan to enlist the help of Jess Rowland, who served as deputy division director in the health effects division of the EPA’s Office of Pesticide Programs at the time. In emails, Rowland, who also chaired the committee reviewing the safety of glyphosate, assured Monsanto officials he was in control of the process.

Rowland’s word appeared good enough for one Monsanto executive, who later wrote in an internal email, “We know, but cannot say, the EPA’s Office of Pesticide Program scientists strongly feel the glyphosate does not cause cancer and have defended their written determination internally for months.” In another email, Dan Jenkins, in charge of regulatory affairs at Monsanto, wrote Rowland and told him about a planned study of glyphosate — not at the EPA, but at the Agency for Toxic Substances and Disease Registry, overseen by an entirely different government agency. Rowland, Jenkins said in an email to his colleague, told him, “If I can kill this I should get a medal.” (The study has not been conducted.)

In May 2016, two weeks before the European Union was set to vote on whether or not to allow the use of glyphosate-based pesticides, the report produced by Rowland’s committee declaring glyphosate safe mysteriously appeared online. The EPA quickly took the document down, saying its assessment was not yet completed, but not before Monsanto put out a statement declaring the agency had issued an “official classification” that glyphosate was safe. Rowland was placed on administrative leave a few days later. He left the EPA shortly thereafter and now works as a consultant. (The EPA’s inspector general is currently investigating his conduct.)

Nevertheless, the EPA, under the Trump administration, ultimately came to the conclusion Monsanto was looking for, announcing in November 2017 its belief that glyphosate is not a carcinogen.

In the absence of government intervention, more and more people who, like Johnson, developed cancer after using glyphosate-based pesticides like Roundup are turning to civil arbitration. Johnson’s was the first judgement of an estimated 5,000 lawsuits currently pending against Monsanto concerning glyphosate.

“The courts are really the last line of defense,” Donley says.

Courts, though, can be slow. Monsanto is planning to appeal the jury’s decision, which means Johnson, who doctors believe has only matter of months left, will probably die before his family sees a cent from the corporation. In the meantime, Monsanto is paying in other ways. When trading opened Monday after the jury’s decision, shares for Bayer, which acquired Monsanto in June, fell 11 percent. (An Australian company that manufacturers a similar product also fell 17 percent on the news.)

“The amount of money they lost on the stock market today would have taken care of all of our clients long ago,” Litzenburg says.