Last October, just about a week after the release of the infamous Access Hollywood “pussy” tape, Donald Trump gave a surprising speech in Columbus, Ohio.

While the entire Republican Party was running sideways away from his cratering campaign, Trump was scrambling to find a way back in the race. One of his strategies – and I remember watching this on the trail – was to tack back to the populist themes he’d used to great effect in the Republican primaries.

In Columbus, with Hillary Clinton running away with the election, Trump unveiled what even The Washington Post described as a “pretty radical student debt plan.” The basic idea was income-based repayment capped at 12.5 percent, then total loan forgiveness after 15 years of payments.

“Students should not be asked to pay more on the debt than they can afford,” Trump said. “And the debt should not be an albatross around their necks for the rest of their lives.”

Trump hasn’t gone back on that proposal, not exactly, anyway. The 12.5 percent-times-15-years concept was indeed part of a plan he submitted this past summer, at least for undergraduates.

But that same plan proposed a wipeout of five other existing income-based repayment plans, and grad students would be pushed into a harsher program requiring payments for 30 years.

Moving forward, Trump and the Republican Party have all but buried the campaign-trail “fairly radical” plan under a series of other student-bashing decisions.

On Monday, Fortune reported that Department of Education head Betsy DeVos is seeking to end a program to cancel the debt of students defrauded by ripoff diploma-mill universities.

This came just as the inspector general of the Department of Education issued a blistering report showing that DeVos had already essentially stopped processing such claims under the existing program. 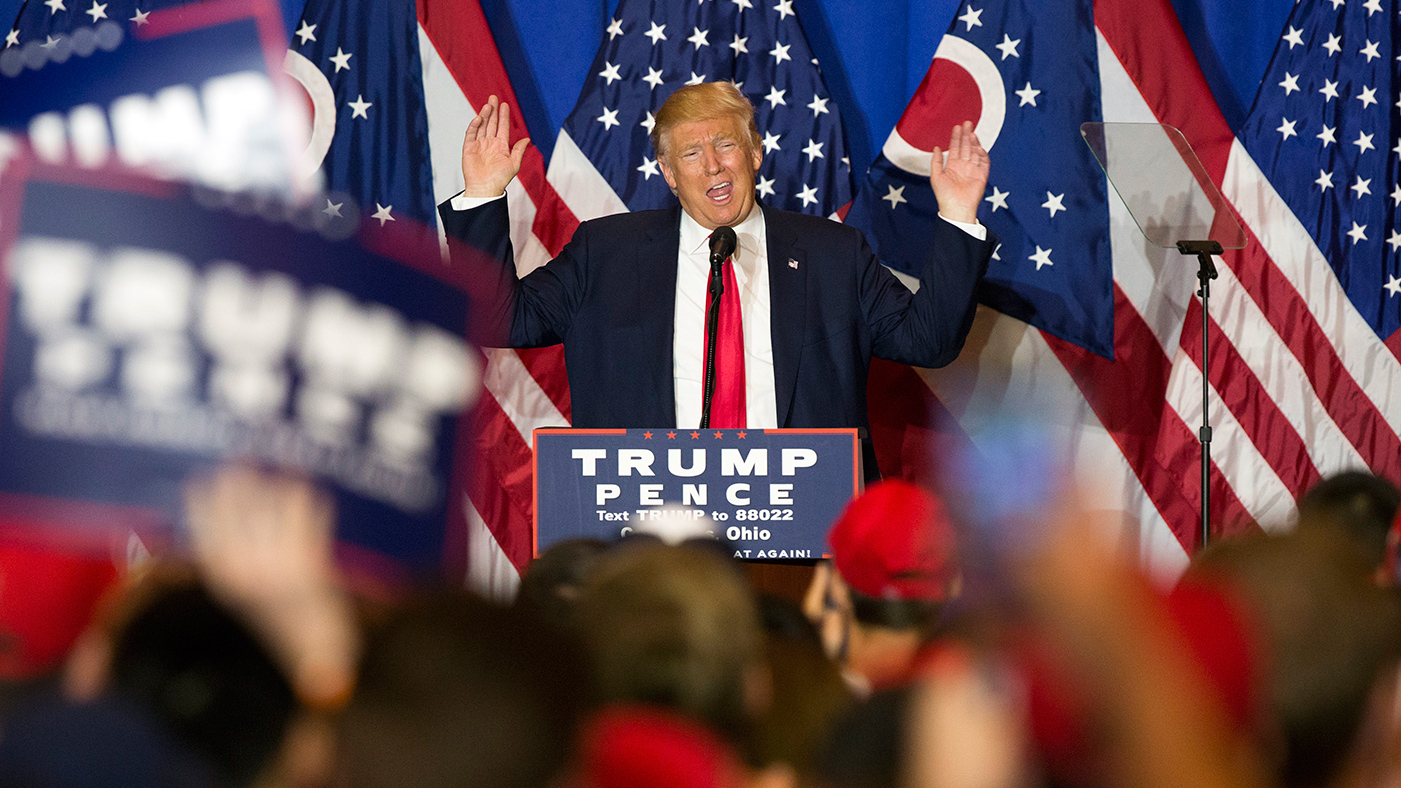 The IG report shows that the Trump administration has received 25,991 such claims since Inauguration Day, and approved exactly none of them.

None of this is a surprise. After all, Donald Trump himself ran one of the more notorious higher-education scams, settling a lawsuit for $25 million last year. And DeVos has spent much of her tenure walking back Obama-era initiatives to rein in diploma-mill scams.

The latest DeVos move comes in sync with a nasty piece of legislation introduced by House Republicans this month. Billed as a measure to “simplify” the student loan system, HR 4508, a.k.a. the PROSPER Act, would repeal and prevent the re-adoption of the “Borrower Defense” program that DeVos has already stalled.

“The student loan ‘swamp’ wrote HR 4508,” says Alan Collinge of StudentLoanJustice.Org. “Killing the Borrower Defense Rules was high on their wish list. This bill is their Christmas tree.”

The PROSPER Act also contains one of the all-time revolting instances of a fine-print legislative atrocity. Way down on page 250, in section 452 of the bill, you’ll find this line:

“(C) In no event may the borrower recover amounts previously collected by the Secretary later than 3 years after the misconduct or breach of contract on behalf of the institution takes place that gives rise to the borrower to assert a defense to repayment of the loan.”

In other words, under the Republican plan, there’s no relief if the application comes three years after the “misconduct” – which is usually a promise of future employment or exposure to dummied-up job stats that you receive in the form of a slimy pitch in the admissions process.

But many students will spend two years (or more) in school before they realize they’ve been had. So a three-year statute of limitations is essentially a license to steal.

Another monstrosity buried in the bill is in section 422. Titled “LOAN REHABILITATION,” the line simply says that loans may now be rehabilitated “two times” instead of once.

Rehabilitation is a practice complained about by many of the former students I spoke with for a recent Rolling Stone piece on the subject. For a lot of borrowers, going into “rehabilitation” is the beginning of a long nightmare. I interviewed one who nearly committed suicide after entering “rehabilitation.”

As Collinge explains, rehabilitation “is where a defaulted loan is recycled into a new, much larger loan, and the agents making this happen get a whopping commission of up to 16 percent.”

Rehabilitation is usually the first step of borrowers falling into a cycle where they’re eventually only paying interest and never touching the principal. The new Republican bill will allow borrowers to double down on such dilemmas.

The PROSPER Act would also exacerbate another major problem with the federal student lending system, by raising caps on borrowing. 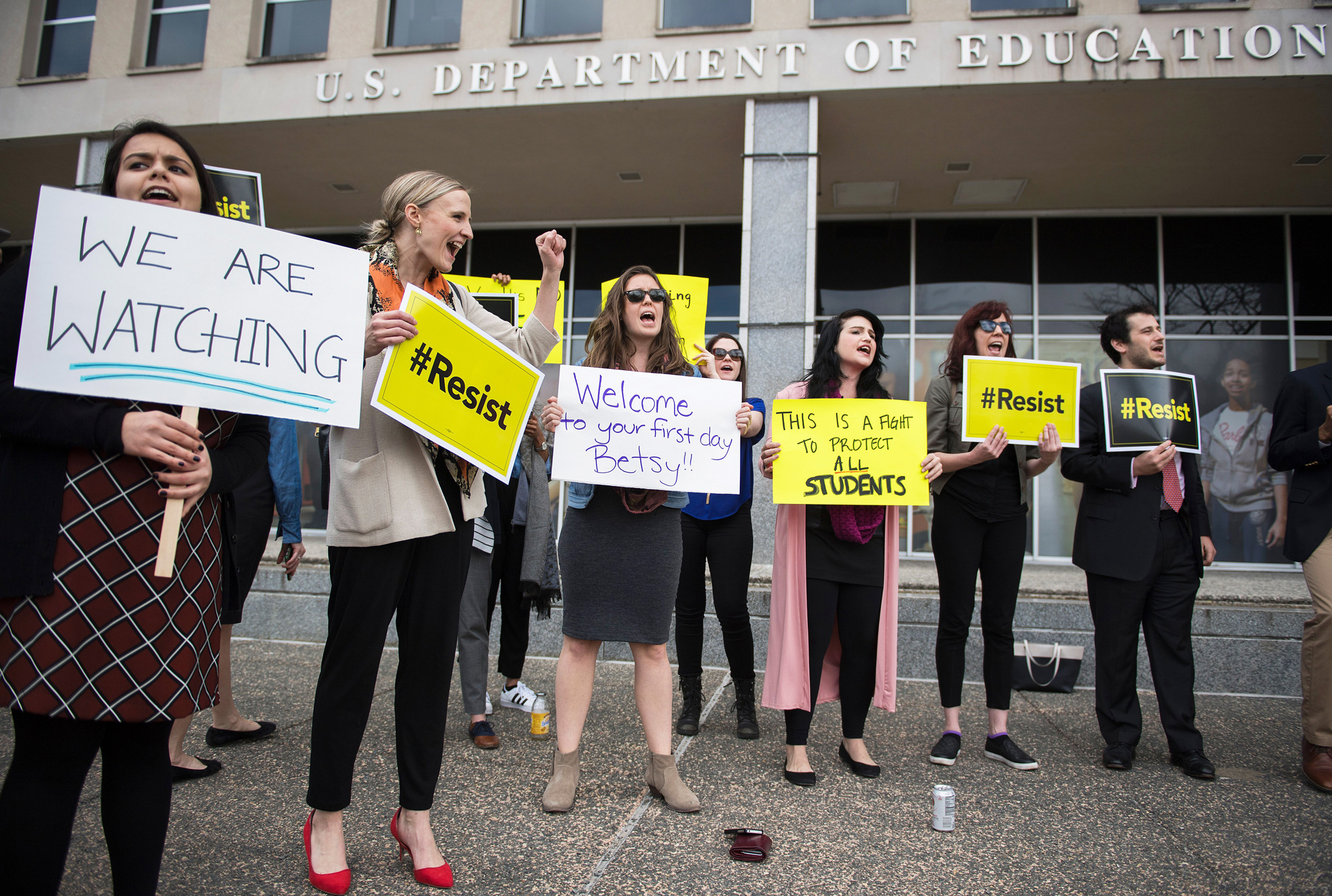 This sounds like it’s a good thing – increased aid to students. But rising amounts of available credit would more or less instantly inflate tuition costs, making the gains for students questionable.

The combination of making college a near-mandatory prerequisite for all but the most menial work, combined with with a) continually rising levels of student credit and b) the impossibility of discharging the debt, has led to an explosion of tuition costs over the years. Tuition has been outpacing inflation by nearly double the rate for some time.

Under the current system, each successive generation of students enters the already strained workforce saddled with more and more debt, and facing more competition.

The winners are the colleges and universities, who get to charge outlandish prices without having to be accountable to normal market forces.

This leads to a sort of Picture of Dorian Gray situation with unpaid student debt. Because the growing mountain of delinquent payments is obscured in the government guarantee, the catastrophe is hidden away in a kind of macroeconomic attic, mostly undetected by the general population.

Even Goldman Sachs described the $1.3 trillion in outstanding student loan debt as a “bubble” in a research paper earlier this month. But, as the bank cheerily reminded readers, this particular bubble doesn’t pose a systemic threat, because most of the debt is fully guaranteed by the U.S. government.

The bank noted that an astonishing 10 percent of all student borrowers are currently at least 90 days behind on their debt, compared to just 1.2 percent of mortgage holders. It’s the highest delinquency rate among any form of consumer credit.

Hilariously, while Goldman was coolly describing this growing catastrophe, and saying it saw little reason to invest in most forms of student lending, it still recommended that refis of “super-prime” private graduate loans might be “worth a look.”

Always a silver lining to every disaster!

In any case, all of this represents the ultimate perfect storm of bad incentives. Schools get to keep raising tuition, kids are still basically forced to go to college, and the trillion-dollar lump of pain waiting to be released onto the world sits mainly on the shoulders of the taxpayer, and/or ex-students struggling in a tighter workplace.

There is a bill that would fix all of this, HR 2366, the Discharge Student Loans In Bankruptcy Act. Introduced by Maryland Democrat John Delaney and New York Republican John Katko, it would repeal the single line of federal code that makes it impossible to discharge student loans in bankruptcy, like any other form of debt.

Maybe this will get passed someday. But somehow, that feels too obvious – “No, that’s just what they’ll be expecting us to do!” as Congress might put it.

As a candidate, Donald Trump repeatedly took advantage of genuine frustrations among voters, over everything from high drug prices to exported jobs to predatory Goldman bankers to non-dischargeable student debt.

It’s lost among the popular accounts of what happened in 2016, but he mined this territory quite a lot on the trail. This was particularly true in the heat of the primary race, and during his most desperate moments in his scandal-plagued October.

Then he got elected and surrounded himself with so many Goldman bankers that even that even Lloyd Blankfein was embarrassed, nominated an Eli Lilly executive to run the Health and Human Services department, and put for-profit education creeps in charge of the DOE, who are now working with congressional Republicans to ram through this nonsense.

All politicians tack populist pre-election, then cover their promises with bureaucratic sand once elected. Trump just does it more blatantly and offensively than the rest. The man is tacky even when it comes to political clichés.