“The folksiness will irk some critics … But criticizing Friedman for humanizing and boiling down big topics is like complaining that Mick Jagger used sex to sell songs: It is what he does well.” –John Micklethwait, review of Thank You for Being Late, in The New York Times

With apologies to Mr. Micklethwait, the hands that typed these lines implying Thomas Friedman is a Mick Jagger of letters should be chopped off and mailed to the singer’s doorstep in penance. Mick Jagger could excite the world in one note, while Thomas Friedman needs 461 pages to say, “Shit happens.” Joan of Arc and Charles Manson had more in common.

Thomas Friedman was once a man of great influence. His columns were must-reads for every senator and congressperson. He helped spread the globalization gospel and push us into war in Iraq. But he’s destined now to be more famous as a literary figure.

Bernie Sanders: Where We Go From Here

No modern writer has been lampooned more. Hundreds if not thousands of man-hours have been spent teaching robots to produce automated Friedman-prose, in what collectively is a half-vicious, half-loving tribute to a man who raised bad writing to the level of an art form.

We will remember Friedman for interviewing 76 percent of the world’s taxi drivers, for predicting “the next six months will be critical” on 14 occasions over two and a half years (birthing the neologism, “the Friedman unit“), and for his unmatched, God-given ability to write nonsensical metaphors, like his classic “rule of holes”: “When you’re in one, stop digging. When you’re in three, bring a lot of shovels.”

Friedman’s great anti-gift is his ability to use many words when only a few are necessary. He became famous as a newspaper columnist for taking simple one-sentence observations like, “Wow, everyone has a cell phone these days,” and blowing them out into furious 850-word trash-fires of mismatched imagery and circular argument.

The double-axel version of this feat was to then rewrite that same column over and over again, in the same newspaper, only piling on more incongruous imagery and skewing rhetoric to further stoke that one thought into an even higher and angrier fire.

For nearly two decades now, Friedman has been telling us that something big is happening, technology is growing at a rate beyond the ability of humans to adapt (this is where the part about noticing everyone has a cell phone comes in), and that we have to stop doing things the old way and take a brave step into the future.

He wrote this column so many times that even four years ago – eight Friedman units – Hamilton Nolan wrote a piece in Gawker titled “Thomas Friedman writes his only column again” (Friedman’s “only column” has by now outlived hundreds of media outlets, Gawker and my own New York Press among them). Nolan cited a piece in the Times called “The Rise of Popularism,” in which Friedman argued, again, that technology was racing past humanity’s ability to govern itself wisely.

A very conservative guess is that Friedman has written this column at least a hundred times. Maybe 200. Maybe more. If you’re rolling your eyes at this, check yourself. Think about what an awesome accomplishment that is. It takes an extraordinary discipline to turn one sentence of thought into hundreds of thousands of words.

We all repeat ourselves in the punditry business. Most of us only have a few ideas. Friedman has fewer than most – it’s really just one, technology future derp! – but he’s attacked that one idea with such relentless evangelical energy that he is leaving behind as a monument to it the literary equivalent of the Giza pyramid complex.

This decades-long gigantic art project is based upon a vast architecture of needless complication, a process he describes in this new book of his, Thank You for Being Late, as “translating English into English.”

Build a sentence into a column; build a column into many columns; build many columns into a book; build one book into many books. Then start over!

Eleven years ago, when Friedman wrote his seminal explainer book, The World is Flat – a book whose title metaphor was hilariously based on the wrong premise that people are more interconnected on a flat earth than on a round one – he combined two giant sets of metaphors to describe that same idea that technology was outpacing our ability to govern ourselves.

He said rapid changes in the world were being fueled by 10 “flatteners” (things like the end of communism, Netscape, outsourcing, etc.) which in turn were amplified by he said were four “steroids”: Digital, Mobile, Personal and Virtual.

Those four steroids actually turned out to be six – changing or extending the terms of his imagery midstream is a classic Friedmanism – and the sixth “steroid,” new wireless devices, was actually a new group of steroids he called “uber-steroids.”

Eleven years and countless columns later, the new book Thank You for Being Late takes that same structure and boldly complicates it. This book is built, again, around the idea that technological change is advancing beyond our ability to adapt. The culprits this time are three great “Accelerations”: Moore’s Law (microchip processing power doubles every 18 to 24 months), the market (globalization) and Mother Nature, which is his English-language term for the English-language term, “climate change and biodiversity loss.”

These Three Accelerations in turn are transforming five key “realms,” which he lists as “the workplace, politics, geopolitics, ethics, and the community.”

If you’re wondering what’s left over when you subtract, from the subset of all things, “the workplace, politics, geopolitics, ethics, and the community,” you’re on to something. Because it turns out that the book is about how something is happening to – everything! “In short,” Friedman says, in the opening chapter of Late, “this book is one giant column about the world today.”

Incidentally, whenever Friedman uses the phrase, “In short…” he’s about to take the short form of an idea and make it longer, e.g. “In short, the only way for Mexico to thrive is with a strategy of reform retail that will enable it to beat China to the top, not the bottom, because China is not focused on beating Mexico as much as it is on beating America.”

To his credit, in Thank You for Being Late, Friedman debuts the use of, “To make a short story long,” which isn’t exactly fixing the problem. But it is funnier.

So how giant is this new giant column? Really giant. There aren’t enough drugs in the world to get anyone through Thank You for Being Late in one sitting.

Take the chapter about Mother Nature, which opens with a story about a day in July, 2015 when the heat index in southern Iran reached 163 degrees. That news item gives the author an opening to introduce the concept of a “black elephant,” an ominous (if you know Friedman) term apparently explained to him by environmentalist Adam Sweidan:

“[It is] a cross between a ‘black swan’ – a rare, low-probability, unanticipated event with enormous ramifications – and ‘the elephant in the room’: a problem that is widely visible to everyone, yet that no one wants to address, even though we absolutely know that one day it will have vast, black-swan-like consequences.”

You would think he could just say, “The climate change problem is a cross between a black swan and the elephant in the room – or, as I like to call it, a Black Elephant.”

Instead he leads audiences through drawn-out explanations of two everyday terms. Moreover his unnecessary definition of “the elephant in the room” contains the phrase “black swan,” making what was originally a relatively simple idea now a kind of circular movie-within-a-movie image that is more than a little hard to follow: “A black elephant is a cross between a black swan event and the elephant in the room, which is an ignored but visibly obvious problem that will inevitably become a black swan event.”

You’re still grappling with that when you learn “there are a herd of environmental black elephants out there.” Friedman names at least four: global warming, deforestation, ocean acidification and mass biodiversity extinction. He quotes Sweidan as saying of these: “When they hit, we’ll claim they were black swans that no one could have predicted, but in fact they were black elephants, very visible right now.”

Friedman just got finished telling us that a black elephant is half black swan, and half elephant in the room that will inevitably become a black swan. But now that half-swan, half swan-within-an-elephant is being contrasted with a black swan: in the near future, things that are really black elephants will be misidentified as black swans.

So that’s weird. While you’re sorting that out, Friedman tells you that the you that a 163-degree heat index in Iran is another black elephant, because “you can see it sitting in a room, you can feel it, and you can read about it in the newspaper.” He adds:

“Like any black elephant, you also know that it is so far outside the norm that it has all the characteristics of a black swan – that it is the harbinger of some very big, unpredictable changes in our climate system we may be unable to control.”

The next thing he says is that we spend tons of money preparing for the relatively unlikely event of nuclear war, but virtually nothing to prevent a very likely climate change catastrophe. He could have just led the chapter with that. But that would defeat the purpose of translating English into English.

You’re still wondering what happened to that elephant reading a newspaper about a black swan roasting in the desert when Friedman moves on to the next space-devouring exercise, telling us about the four phrases we need to master to learn “climate-speak.”

All four sound like the same idea and are immediately forgettable:

“Just a few years ago… but then something changed.”

“Wow, I’ve never seen that before.”

Quick, name any of those phrases you just read. You can’t! But you “have to master” all of them to grasp the rapidity of climate disturbances, which Friedman now describes as Mother Nature moving into the “second half of the chessboard.”

This is a reference to a metaphor from an earlier chapter recalling the ancient tale of the mathematician who asked a king for a reward. The master asked to have one grain of rice put on one corner of a chessboard, and then to have twice as many put on the next square, and to keep going, on and on to the end. The punchline is that after doubling down 64 times, you end up with 18 quintillion grains of rice or something – more than you’d have guessed!

Which is a metaphor for how much faster than we think is the pace of change all around us, be it in technology, economic displacement or, in this case, the environment. Did you know that “megatoothed sharks prowled the oceans” the last time the CO2 concentration in the earth’s atmosphere was as high as it was in Hawaii on May 3rd, 2013, an astonishing four hundred parts per million? You probably didn’t, because things that prowl usually have feet – but anyway, back to the elephants:

“And sometimes the records being broken as Mother Nature enters the second half of the chessboard are so numerous and profound, government agencies tracking them seem to run out of even climate-speak to describe the black elephants they are seeing.”

This must be that talent for “boiling things down” that Mr. Micklethwait talked about!

God bless this man. May he never stop writing books. Let’s grow this pie as big as we can.

P.S. winners of the extraordinary #friedmangraphs contest to be announced soon. One lucky winner already got his shirt: 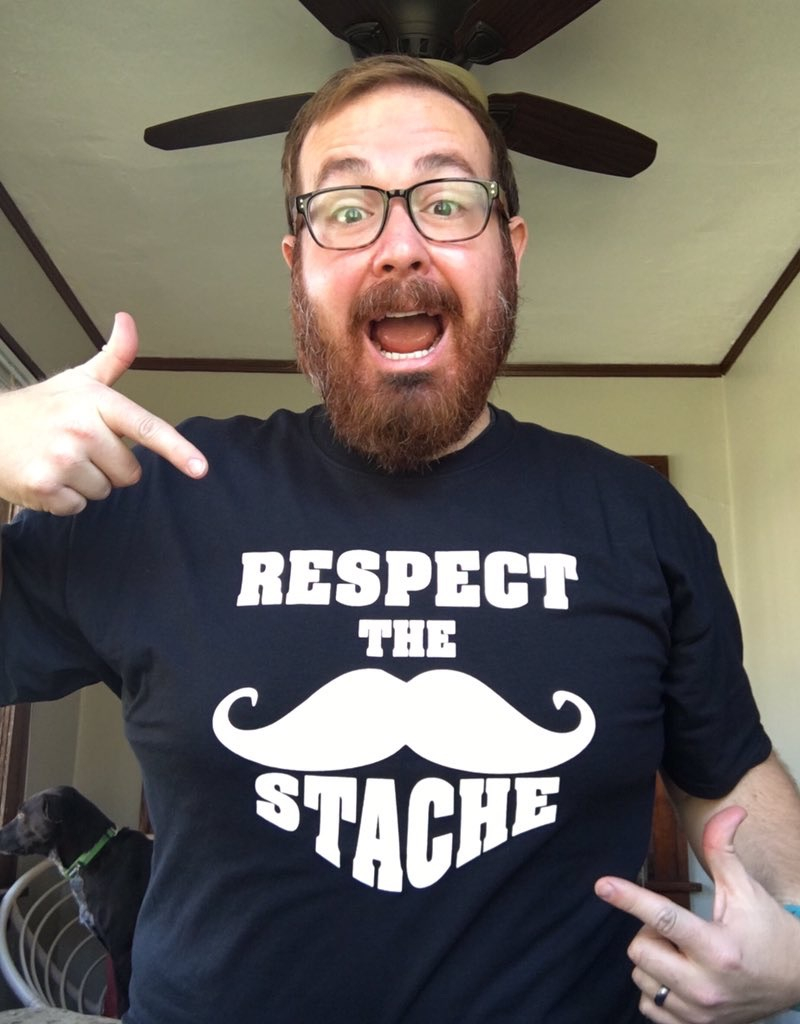