Trump's War in Syria Would Be Our Fault, Not Bolton's - Rolling Stone
×

So here we are, on the brink. Here’s Donald Trump’s tough-ass tweet about how he’s about to mix it up with both Syria’s Bashar al-Assad and Russia’s Vladimir Putin:

Russia vows to shoot down any and all missiles fired at Syria. Get ready Russia, because they will be coming, nice and new and “smart!” You shouldn’t be partners with a Gas Killing Animal who kills his people and enjoys it!

The fate of humanity now rests in the hands of this Twitter-obsessed dingbat executive and his new national security adviser, John Bolton – one of the most deranged people to have ever served in the United States government, a man who makes Jeane Kirkpatrick look like Florence Nightingale.

With these two at the helm, we are now facing the imminent possibility of direct military conflict with a nuclear enemy. No one in the popular press is saying it, but there could easily be Russian casualties in Trump’s inevitable bombing campaign. Which will then put the onus on a third lunatic, Vladimir Putin, to respond with appropriate restraint.

Ironically, pretty much the only places where you will read today about the frightening possibility of Russian casualties are in military journals, in the nervous musings of Pentagon officials. Here and there you will see reports of concern about what might happen if we kill the wrong Russians, or the wrong quantity of Russians. One outlet calmly suggested the Russians might step up “harassment” of U.S. warplanes and outposts if we kill too many of theirs, as if this would not cause the whole world to soil itself in terror.

So to recap: the most terminally insecure president ever sits in the White House, advised by one of the most war-crazy hacks in the history of federal service, at the outset of a fully avoidable proxy war with an enemy that possesses thousands of lethal thermonuclear warheads aimed directly at us.

Bear in mind that virtually any exchange of nuclear missiles between these two countries would mean the absolute end of civilization. We could all, right now, be minutes away from the end of everything, especially given who holds the respective buttons.

At the beginning of the Trump presidency the sole goal of all thinking people ought to have been: survive. Bad as the possibilities of a Trump presidency were, we could live through almost all of them, except one: Trump trying to conduct a war with a nuclear adversary.

He is the first president we’ve ever had who combines the two deadly qualities of a) being stupid enough to think nuclear war is survivable and b) lacking the counsel of sensible persons to steer him away from impulsive, civilization-imperiling moves. JFK, desperate for career-defining war and perpetually cranked on his morning Dr. Feelgood injections, was the last executive who came close to being this scary – and he wasn’t remotely as bad.

But we had a head start in dodging the bullet with Trump, as one of the few not-terrifying qualities he demonstrated as a candidate was his seeming reluctance to get into unnecessary wars. Trump was specifically on record as wanting to “stay out of Syria.”

Trump’s isolationism was of course at least partly insincere, as the Orange One has stepped up drone attacks, and both he and his Large Adult Son have gushed over events like the dropping of the cretinous MOAB weapon in Afghanistan. (“Another promise kept #moab #maga,” moron-tweeted Don, Jr.) Trump even reportedly bragged that he dropped the “Mother Of All Bombs” after eating a “terrific, moist lemon bundt cake.” (He later bragged he was eating a “beautiful piece of chocolate cake” when he bombed Syria.)

But, unlike his racism and xenophobia and lack of sympathy for the poor – issues where there are obvious currents visible in what passes for his mind – Trump is highly suggestible in matters military.

He played isolationist as a candidate because he sensed that was what his voters wanted (and he was right about this, as studies later showed that communities hit hardest by our Middle Eastern wars responded to Trump’s isolationist message).

As president, however, the one time he received praise from the Washington consensus was when he bombed Assad last year. You might remember that as the time when Fareed Zakaria gushed on CNN, “Donald Trump became president tonight,” and a tumescent Brian Williams countered by calling the bombs “beautiful” 8 times in 30 seconds, quoting Leonard Cohen as he said, “I am guided by the beauty of our weapons.” 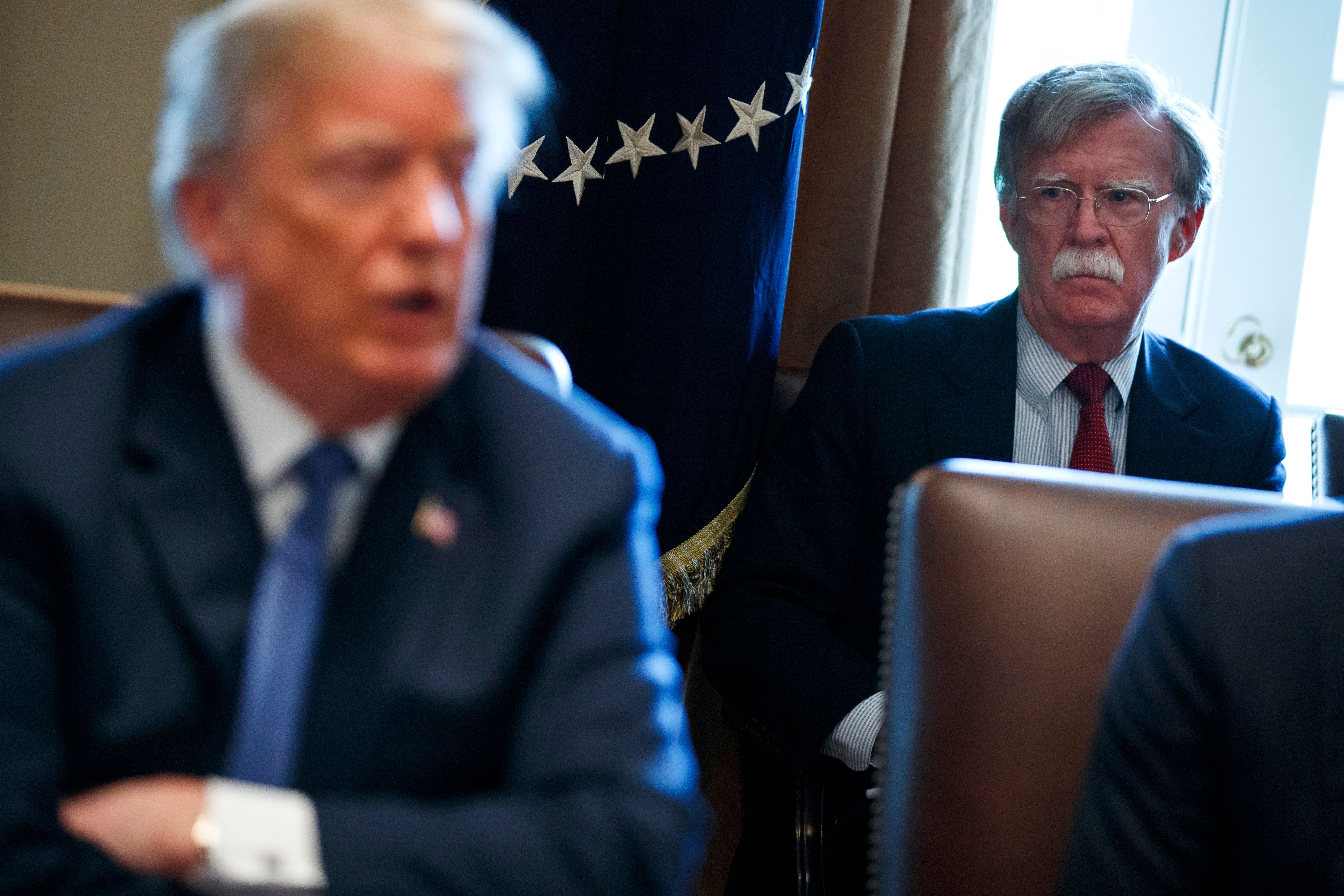 That remains the best night of press Donald Trump has ever gotten on MSNBC.

That was last year. This year, it’s worse. Virtually the entire intellectual consensus within Washington – with a few exceptions among progressives and Republican outcasts like like Rand Paul – has been pushing
the president in the direction of conflict.

The unbelievable hypocrisy of all of this is belied by the actions of, well, just about all of Washington.

It started two weeks ago, when Trump announced he was pulling out of Syria.

“We’re knocking the hell out of ISIS. We’ll be coming out of Syria like very soon. Let the other people take care of it now,” he said, reverting to his campaign persona in Ohio.

The D.C. intelligentsia wasted no time in hammering this decision.

Howard Dean, a man I once voted for because he at least tepidly opposed a pointless Middle Eastern war, decided to use this occasion to taunt Trump in schoolyard fashion.

“Why are you such a wimp for Assad and Putin?” Dean tweeted.

Subsequently, news emerged of a chemical gas attack on citizens in a town near Damascus. The Assad regime was blamed, but denied responsibility.

Washington’s smart set instantly concluded (despite some at least faintly legitimate concern about the intelligence linking Assad to the attack) that Trump not only could not leave Syria, but also had to retaliate militarily.

Moreover, some insisted, the gas attack was actually Trump’s fault. 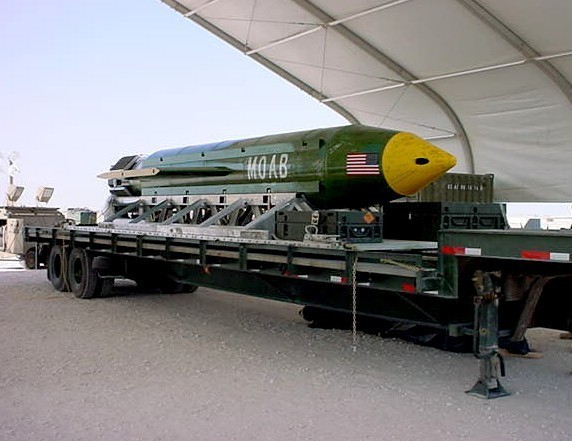 “@POTUS‘s pledge to withdraw from #Syria has only emboldened Assad,” tweeted John McCain.

“Clearly there needs to be a response. It needs to be an international response,” said Democratic Senator Ben Cardin, underscoring the bipartisan agreement.

“Some kind of military response ought to be considered,” said Democratic Senator Richard Blumenthal of Connecticut. “It has to be robust and unmistakable.”

The notion that Trump needed to do more than lob a few wimpy little missiles was a popular theme.

In some cases, there was a caveat to “bomb immediately” – Trump should do it, but only after asking for congressional support, which he would of course get.

Tim Kaine said, “I think there’s a good argument to be made that there should be a military tough response,” then said Trump should ask congress first, then said he would vote yes if asked.

In Britain, a nation whose foreign policy moves have become unpleasantly intertwined with our own in a way eerily reminiscent of the Iraq war era, Theresa May said the use of chemical weapons “cannot go unchallenged.”

In the press, this is what the New York Times had to say in its house editorial (emphasis mine): “Tough talk without a coherent strategy or follow-through is dangerous.” 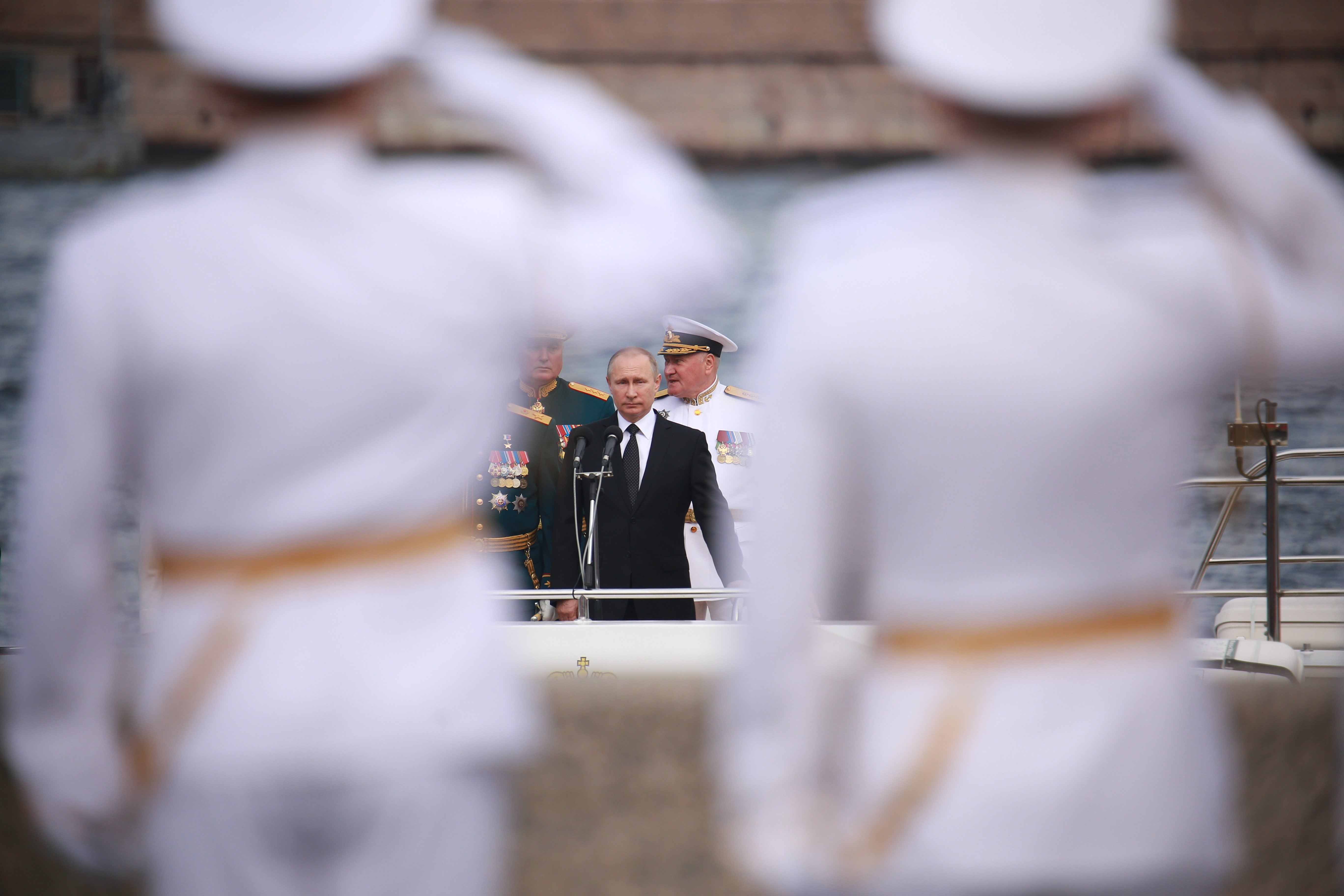 So pols, press, and talking heads were virtually all been in agreement. Attack!

One could maybe understand this attitude from millennials, who weren’t raised amid The Day After or “99 Luftballoons” or “1999” or Failsafe or Dr. Strangelove even, and have never experienced even fake angst about growing up under the specter of nuclear war. But all the preceding generations should know better. We all grew up aware it could all be over in a heartbeat.

This is probably the most serious showdown between nuclear powers since the Cuban missile crisis, or at the very least, the shooting down of Korean Airlines flight 007 in 1983.

The oft-derided Doomsday Clock, kept by the Union of Atomic Scientists, describes us as closer to nuclear war than at any time since 1953, when both the U.S. and the Soviet Union tested thermonuclear weapons for the first time. “The continued existence of urban, technological civilization will soon hang in a precarious balance,” the Scientists predicted then.

They were right. It’s no mystery that most of the permanent jobholder types who occupy Washington have since shown they will reflexively endorse pretty much any military action in any situation. There’s never been any real institutional pull toward peace and sanity in our politics, just the occasional quixotic straggler.

But in the pre-Trump years, this Beltway reflex mostly supported a predictable – if bloodthirsty – form of global interventionism. It was never so suicidal, never so maniacal. Whether Trump has brought out the worst in us, or we’ve just lost our minds, we’ve become a danger to the world and to ourselves, holding John Bolton to our heads as a suicide weapon.

That Trump might forget the awesome danger of nuclear war is a given. The man is a fool. But what’s our excuse?

Editor’s note: This post has been updated to remove references to tweets sent by Prof. Paul Musgrave and the Brookings Institution’s Tom Wright that were erroneously taken out of context. We regret the error.