One could be forgiven for thinking the very concept of truth is passé after the events of the past year.

The Oxford English Dictionary declared “post-truth” its 2016 Word of the Year, and the term “fake news” has now disseminated into the political water like the effluence of an oil tanker spill. Looking around, it’s hard not to feel like we now live in a world of trolls: a bewildering swarm of contradictions and illusions where facts have no purchase. The #MAGA-spewing denizens of Twitter and Reddit who’ve lent a youthful and tech-savvy shine to Trump’s movement, appear to have watched their culture of nihilism and abuse triumph over any semblance of factuality and earnestness.

All of a sudden, one is a patsy for caring, a fool for believing in the power of truth-telling.

But as this new administration rounds out its disastrous first month, the gravity of reality is starting to pull Trump’s carnival back to Earth. After witnessing Trump get shamed by the Ninth Circuit, the forceful mass protests against him and the humiliating loss of Michael Flynn, we must tentatively and hopefully admit that the truth still means something.

Trump’s unexpected Electoral College victory seemed to signal the apotheosis of online troll culture, with its sociopathic willingness to wound.

The term “troll” is now widely used to mean “a nasty person on the Internet,” but it’s worth keeping in mind its more specific, original meaning: someone who seeks to provoke outrage for their own amusement. This is, often as not, done through weaponizing insincerity: pretending to be something they’re not, or to care about an issue in order to upset those who do. A classic example would be someone posting steak recipes on a vegan message board. His personal views on veganism are irrelevant – all that matters is his desire to upset the people on that particular forum and the pleasure he derives from it.

Troll culture is a wilderness of mirrors, where everything seems possible and nothing is true. It’s led to an irony culture that prizes offensive and hateful language simply because it shocks one’s sensibilities – the way 4chan denizens refer to each other as “fags,” for instance, or use “autistic” as a generic insult. It’s led to an embrace of ever more virulent forms of bigotry, up to and including Nazism. This was made clear in the recent downfall of PewDiePie, the YouTube star who was recently dropped by Disney for a long-running pattern of making crass anti-Semitic and racist jokes on his channel. He and his fans insist he was “just joking.” As Wired‘s Emma Grey Ellis put it, “What PewDiePie does in these videos is the 4chan version [of offensive humor]: repeat racist terms and insist they have outlived their offensiveness and are now hilarious.”

This pantomime of insincerity is what can make troll culture so insidious when it is used to spread bigotry. Is it just a joke? Is this merely ironic racism, rather than the “real” thing? More importantly: is that now a distinction without a difference? The capital-T truth can be difficult to pin down, eluding many outside observers, and creating a cloud of plausible deniability that allows people to spread hate under the guise of it being humor.

This is the essence of troll culture, and it has been used to great effect by Donald Trump’s most extreme supporters.

White nationalist Richard Spencer, famously punched by a protester on the day of Trump’s inauguration, used this excuse when outrage followed his Alt-Right conference celebrating Trump’s election. He led a crowd of gathered white nationalists in a “Hail Trump! Hail our people! Hail victory!” cheer amid a sea of Nazi salutes. This was done, Spencer told Rolling Stone, “in the spirit of fun.” Yet that’s difficult to square with the views of a man who courts Holocaust deniers, celebrates the “de-judification” of Holocaust remembrance and has called for “peaceful ethnic cleansing.” 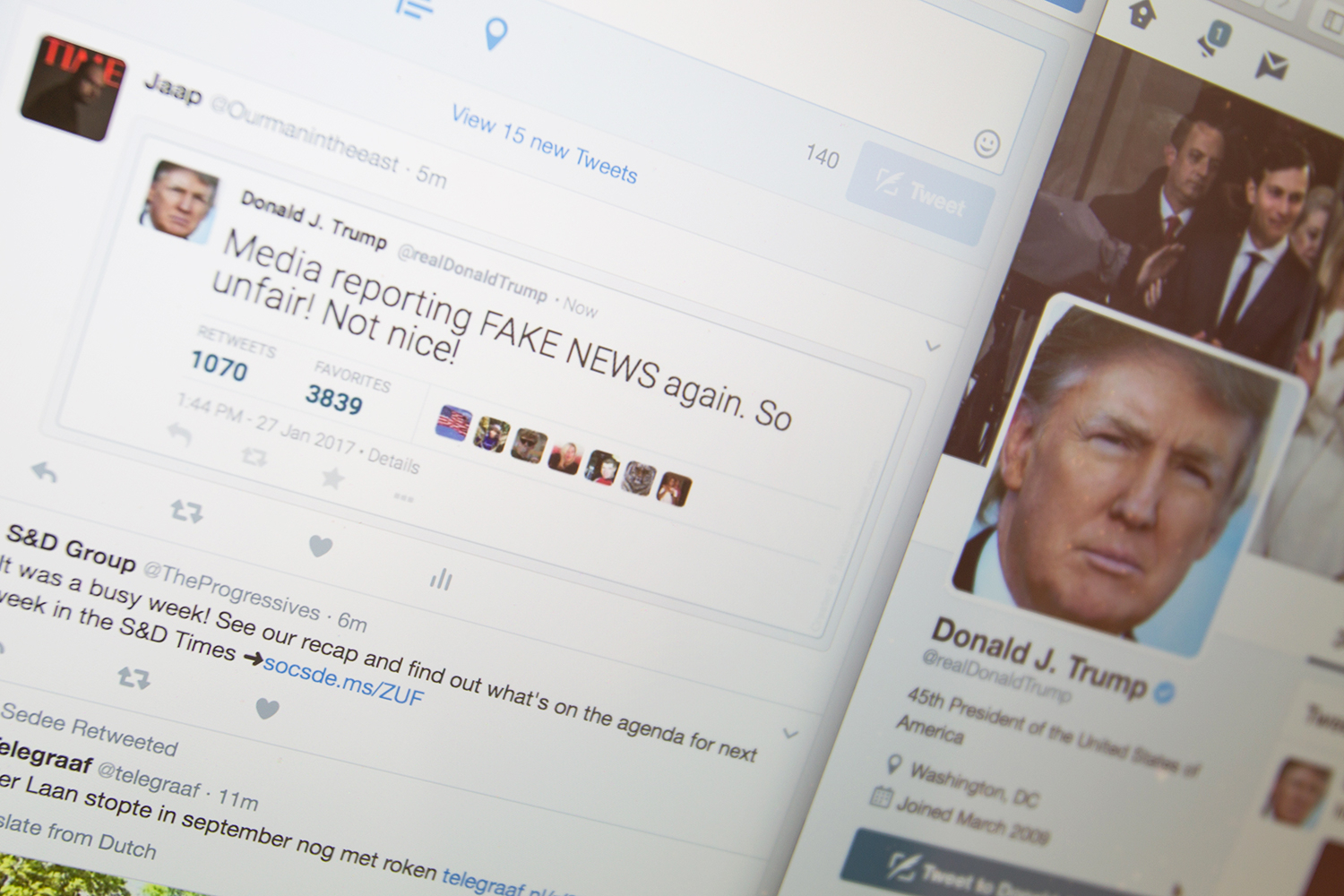 Trump has clearly sought to weaponize this kind of absurd misdirection for his own ends. That’s why he calls every unflattering story about him “fake news,” and why both he and his surrogates have repeatedly made reference to non-existent attacks. It includes lying about crimes committed by immigrants and Chicago’s murder rate, and about the number of people affected by his travel ban. Even the way this administration handles leaks is meant to sow confusion and promote untruths, particularly by lying about the press not seeking comment on a given issue. By muddying the waters like this, it can make it difficult for an ordinary citizen to know what to believe, and overloads the capacity of news organizations trying to not only sort fact from fiction, but also get the truth out there.

Yet, despite everything, this strategy isn’t quite working out. By any measure, the first month of the Trump administration was a disaster, riddled with failure, embarrassment and numerous scandals. That’s because the troll strategy that works so well for promoting chaos and doubt on Twitter is considerably less effective before, say, the Ninth Circuit Court of Appeals. In its unanimous decision to uphold the stay on Trump’s travel ban, the court specifically singled out his administration’s ambiguous and ever-changing defense of its already vague executive order:

“Moreover, in light of the Government’s shifting interpretations of the Executive Order, we cannot say that the current interpretation by White House counsel, even if authoritative and binding, will persist past the immediate stage of these proceedings.”

On the Internet, a person can say one thing while believing another, changing stated views like clothes at a fashion show. But that won’t hold up in court, where past statements are evidence – even if you’re president of the United States.

Similarly, the unvarnished truth of the travel ban – that it was a de facto Muslim ban – was understood almost immediately by protesters and the legal profession, who paid attention to the ban’s effects rather than the nebulous language Trump and his team used to describe it. Few seemed to believe Trump when he insisted that the rollout of the order was “perfect.” Such games of pretend didn’t help Flynn – his conversations with Russia’s ambassador to the U.S. were documented and transcribed, and the objective fact that he discussed sanctions could not be hidden under a thousand layers of irony, much less a childish insinuation that he was “just joking.”

Many challenges remain, and the misdirection of Trumpian trolling has already had serious consequences. For instance, the vagueness of Trump’s orders and statements have created a cloud of ambiguity that has allowed both ICE and Customs to go well beyond the letter of the law in vicious crackdowns that are ensnaring countless innocent people. But the administration’s month of failure is cause for a fragile hope: Despite being cloaked in the power of the presidency, Trump cannot adapt a 4chan-style trolling strategy to his unqualified advantage.

The truth still matters. For now.