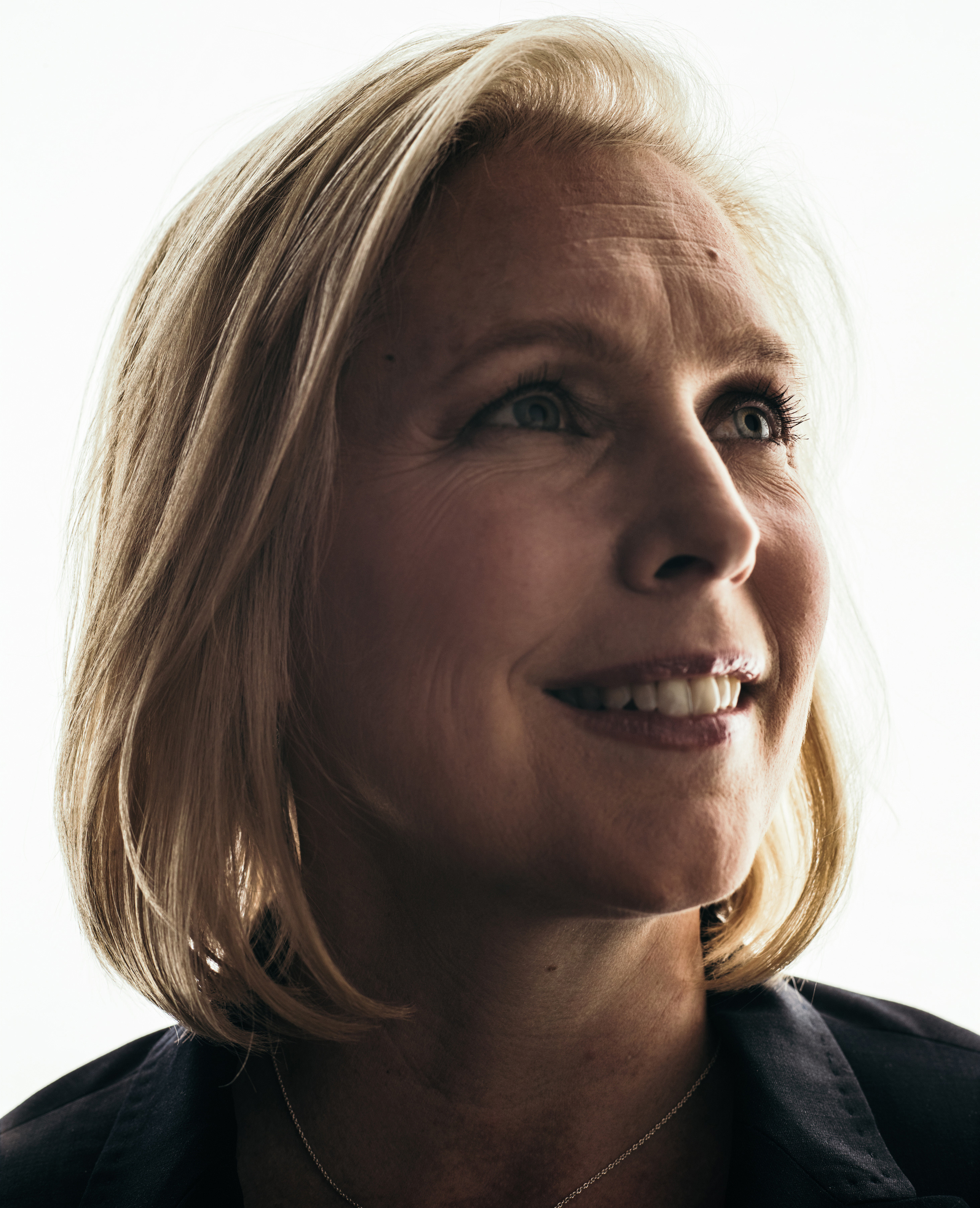 Even as Kirsten Gillibrand has charted a meteoric political rise, she has maintained the ability to fly ever so slightly under the radar, exploiting opponents’ consistent failure to recognize her as a lethal political threat. Since Trump’s inauguration, the junior senator from New York has earned the distinction of being, statistically, the chamber’s most anti-Trump member (voting against the president’s position 93.7 percent of the time), and her steadfast opposition to Trump’s Cabinet picks won her legions of new admirers. Yet she still managed to get Trump, whose proposed budget slashes everything from the State Department to food stamps, to agree to spend $2 million on a commission commemorating the centennial of women’s suffrage. Gillibrand, noting the funding was tucked into a must-pass appropriations bill, says with a slight smile, “Trump didn’t necessarily know it was there.”

It makes sense, of course, that Congress’ most unapologetic feminist would be best positioned to channel the white-hot rage that drove millions of women to take to the streets in protest of Trump’s inauguration. “We are at a very intense moment,” she says. “If you’re not fighting, you’re going to lose.” But in certain ways, the Age of Trump has also helped propel a number of Gillibrand’s most closely held causes.

She’s long argued that until women are equally represented in Congress, the issues that matter to them won’t get the attention or resources they deserve. Six years ago, she started Off the Sidelines, a PAC that supports women seeking public office. This year, she says, “a far greater number” of women than ever have reached out – overall, Trump’s election has spurred at least 16,000 women and counting to consider a run for office. “The silver lining of the Trump presidency is it is an era of activism, and one where women really want to be heard,” Gillibrand says. “They are stepping up and owning their ambition and being willing to take risks – they know that the things they love are at risk.”

A decade ago, Gillibrand would have been an unlikely candidate to lead “the resistance.” Democratic colleagues dismissed her as “Tracy Flick.” Representing a largely rural upstate district, she was protective of gun rights, opposed amnesty for undocumented immigrants and supported increased funding for border security. But as a senator, she has found her way to more progressive positions – in some cases, complete reversals – by treating every issue as a women’s issue: from paid family leave, equal pay, and justice for victims of sexual assault in the military to gun control, immigration and jobs. “I want women to understand these things so deeply affect us,” she has said. “We should actually determine our votes based on who has our back on things that affect us unbelievably intensely.”

But what about the 53 percent of white women who cast their lots for Trump? “To be fair, most of his messages were Democratic messages,” Gillibrand says. “He ran on ‘The system is rigged,’ which is Liz Warren’s message. .  . And then his second message was ‘No bad trade deals.’ . . . That’s Bernie Sanders’ message. His third message was ‘Build a wall,’ which was his own hateful, horrible message.” The reason the first two resonated, she says, “is because it’s true – the system is rigged, it’s rigged for the haves against the have-nots. The entire system needs to be taken on.”

To de-rig it – rather than
destroy it – she’s talking about a living minimum wage, a paid-leave plan,
affordable day care and universal pre-K. She’s drafting legislation to reward
companies that peg CEO pay to employee pay and offer some form of
profit-sharing and employee ownership. “ ’Burning it all down’ is what
people want to hear,” she says. “[But] I need bigger ideas, bolder
ideas about how to make the economy work better for everybody.”