San Juan Mayor Carmen Yulín Cruz was in Washington this week, though you’d hardly know it. Cruz was scheduled Wednesday to testify alongside FEMA Administrator Brock Long in front of the House Homeland Security and Government Affairs Committee on the federal government’s response to Hurricane Maria, but that hearing was abruptly canceled.

“The story is not a good-news story. It is a life-and-death story. Survival cannot be our new way of life,” Cruz told the press corps after a closed-door meeting with House Democrats. “While the American people have had a big heart, President Trump has had a big mouth, and he has used it to insult the people of Puerto Rico.”

Cruz didn’t request a meeting with Trump while in Washington, noting she’s still angry at the president for using his visit to the hurricane-ravaged territory as a photo op, rather than an effort to learn about the plight of his fellow American citizens.

Hurricane Maria: Inside a Puerto Rican Barrio's Fight to Survive

“When we had the opportunity to meet [in Puerto Rico], it was evident that he was more interested in saying what a good job his administration was doing rather than understanding what the true plea of the Puerto Rican people was,” Cruz tells Rolling Stone. “He chose to be in a confined area and throw paper towels at people rather than to go to places [that] really need [aid].”

As for why Cruz’s hearing was canceled, Homeland Security Chair Michael McCaul says Republicans didn’t have enough time to adequately prepare for her testimony. When pressed on the matter, and asked if the cancellation was also related to Cruz standing up to Trump and speaking out about the federal government’s response to the disaster, McCaul laughs. “She’s been vocal,” he tells Rolling Stone. “FEMA is really there to provide assistance, not the full operational response efforts. … [Puerto Ricans] have to lean on state and local [officials] and how good they are.”

Democrats on the Hill Wednesday defended Cruz against allegations that she politicized the relief efforts by sparring with the president.

“When there’s no coordinated effort then obviously she has to sound the alarm bells. … I don’t think that sounding the alarm bells on behalf of your citizens who are dying and being treated differently is politicizing it,” Mississippi Rep. Bennie Thompson tells Rolling Stone. “If it’s not racism, it’s abject incompetence.” 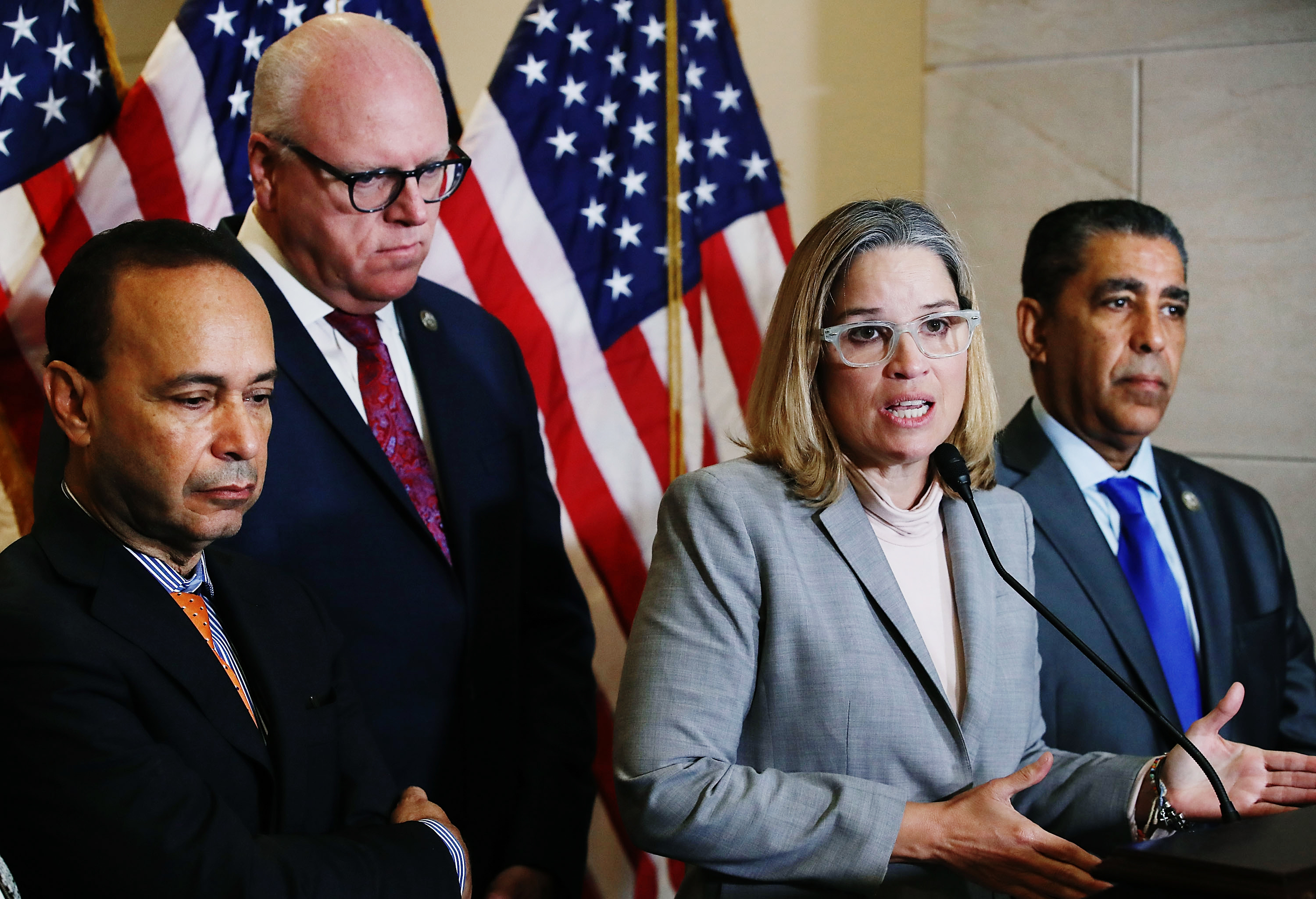 Congress has already allocated $52 billion for the plethora of natural disasters that have pummeled the nation this year, and many tens of billions of dollars more will be needed. But Puerto Rican officials say money isn’t the only thing they need: They also say bureaucratic red tape and plain incompetence is hampering their efforts.

“None of these federal agencies speak to themselves or share information with one another, so that is a problem that needs to be dealt with that goes beyond Puerto Rico,” Cruz said Wednesday.

While the official Maria-related death toll in Puerto Rico only stands at 54, Puerto Rican officials report there have been at least 911 cremations since the storm, which are being recorded by many hospitals and local officials as deaths attributed to natural causes.

That’s “an outstanding figure – much higher than we’ve ever seen before” after similar disasters, Cruz said, noting that there needs to be more of an investigation into why disabled and elderly individuals, in particular, are dying at such a rapid pace. Such deaths are being recorded officially as “natural,” but Cruz said, “it is a natural cause of death, but it is attached to the fact that you have no energy and no access to oxygen or your ventilator” because of hurricane damage.

The Trump administration came under fire last month after it came to light that Whitefish Energy Holdings, a small Montana company based in the hometown of Interior Secretary Ryan Zinke, won a $300 million, no-bid contract in Puerto Rico, which the territory canceled this week. The administration denies approving the contract.

“No lawyer inside FEMA would ever have agreed to some of the language in that contract,” FEMA Administrator Long testified before a Senate panel this week.

But the Whitefish scandal has only added to the feeling among many that the administration is bumbling the federal response to this disaster. While Trump has tried to paint that response in rosy colors, the members of Congress who have visited Puerto Rico or been briefed on the situation there note that the picture on the ground is dire – something they say Trump would know if he cared to be fully briefed on the disaster.

“I don’t think he cares. I just don’t think he cares,” says Democratic Illinois Rep. Luis Gutierrez, who is of Puerto Rican descent. “So you have to put Trump in the ‘I don’t give a shit about the people of Puerto Rico’ column. But you know what? There’s a whole lot of other people that he [doesn’t care about]. … I don’t want to make it sound like we’re in an exclusive grouping.”

Democrats are trying to keep the disaster on the radar, given that the president seems to have moved on from the issue, and say the federal government needs to learn from all of its mistakes so far.

“It is clear that when all is said and done that Puerto Rico will become a case study for everything that can go wrong and does go wrong when the American government needs to intervene and the American people need them most,” Gutierrez says.