A bipartisan effort to stabilize the nation’s health care system has been effectively killed by the White House and House Speaker Paul Ryan as they try once again to pressure Senate Republicans into passing a partisan bill that was swiftly cobbled together in the last few weeks. But the last-minute Graham-Cassidy bill – which would dismantle Obamacare’s federal mandates and put the nation’s governors in control of their health systems – faces huge hurdles.

The White House is once again engaged in a full-court press to get Republican senators to pass anything to replace the Affordable Care Act, President Obama’s signature domestic policy achievement. Even as President Trump met with foreign leaders at the United Nations in New York Tuesday, he was on the phone with the bill’s sponsors and some senators who remain on the fence.

Vice President Mike Pence spends a lot more time at the Capitol than his predecessor, arriving with a huge entourage of Secret Service agents and a large contingent of aides most every Tuesday for the weekly Republican policy lunch. But he usually listens to the mood of senators instead of lecturing them. This week, he had something to say.

“My message today is I want to make sure that members of the Senate know the president and our entire administration supports Graham-Cassidy. We think the American people need this,” Pence told reporters aboard Air Force Two before his motorcade careened to the Capitol to deliver his message in person to wavering Republican senators. “I’m going to make it clear that the House will not support efforts to fix or prop up Obamacare. The Speaker made that clear today.”

This latest effort is named for its lead Republican authors, Sens. Lindsey Graham of South Carolina and Bill Cassidy of Louisiana. It would scrap Obamacare’s mandate that everyone must get insurance and that large companies have to provide their employees health care. It also would eventually scrap the subsidies provided under the Affordable Care Act. But, most controversially, it turns federal health care funding into block grants for states, which has critics fearing some states will choose to allow insurance companies to effectively end protections for people with pre-existing conditions while also ending Obamacare mandates that insurance plans include things like maternity coverage.

That’s why this latest effort to repeal Obamacare, like Majority Leader Mitch McConnell’s previous failed attempts, seems to be falling short of the 50 votes needed to pass the hyper-partisan Senate.

“What I found out so far causes me great concern,” Maine Republican Sen. Susan Collins told reporters at the Capitol. “It seems to have many of the same flaws of the bill that we rejected previously, and in fact it had some additional flaws because there is some language that leads me to believe that people with pre-existing conditions might not be protected. In some states, insurers would still be required to offer them insurance, but rates might well be unaffordable.”

Even as the vice president privately tried to rally his GOP troops, a bipartisan group of 10 governors sent Senate leaders a letter opposing the legislation, even as the American Medical Association came out opposed to the bill that the group says violates doctors’ oath to “first do no harm.”

That broad opposition didn’t deter Republican leaders and the White House from barreling ahead because they see this as their last chance to repeal and replace Obamacare. They’re constrained by a parliamentary rule, set to expire next week, that allows them to pass the health care overhaul with a mere 50 Republican votes, as opposed to the upper chamber’s usual 60-vote threshold. 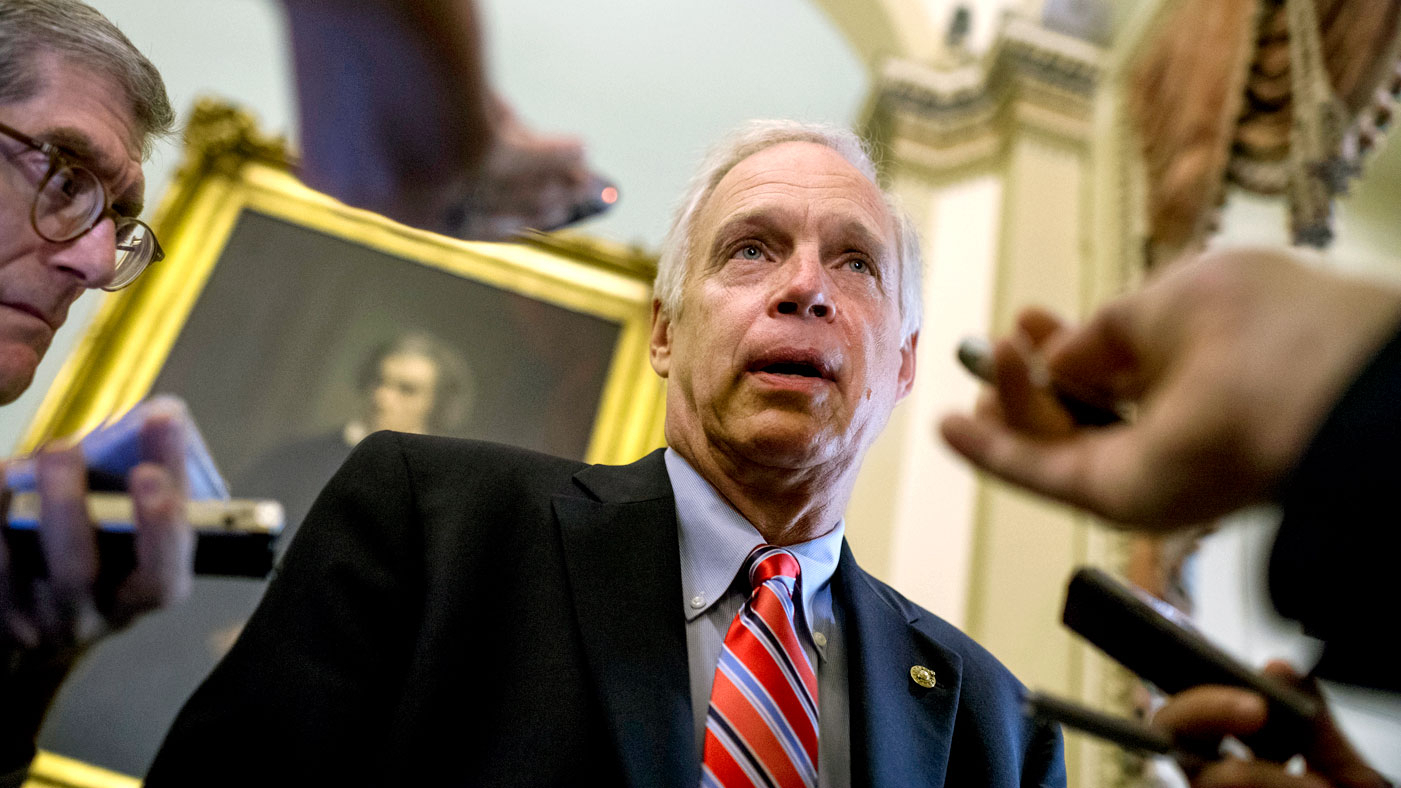 “Time is running out,” Republican Sen. Ron Johnson, an original sponsor of the new proposal, told reporters after the meeting with Pence. “The only thing guaranteed is that if we do nothing Obamacare continues. It’s a collapsing system, and we can all point to the disaster in real people’s lives in every one of our states, and this is the last best chance for putting us back on a path where states get greater control and we start repairing our health care system.”

Even with the clock running out, Republican senators are grumbling at the rushed effort to rewrite one-sixth of the nation’s economy. Sen. John McCain, who dramatically cast the final vote to kill the last GOP health care effort, is not saying how he’ll vote on this package, but he’s voicing frustration that the bill was once again crafted in secret.

Other Republicans fear their party is making a mistake and proposing bad policy that abandons conservative principles.

“I think some people just want to do something and aren’t too concerned with what they are doing,” Sen. Rand Paul tells Rolling Stone. “The people that are putting this forward are immortalizing Obamacare. So I consider this effort to be sort of petty partisanship – they’re just taking the Obamacare money, keeping it and taking it from Democrat states and giving it to Republican states.”

Last week there was a different mood in Washington, as President Trump reached the foundations of an agreement with Democratic leaders on the Deferred Action on Childhood Arrivals program, or DACA. While that was playing out publicly, the Republican and Democratic leaders of the Senate Health Committee were busy behind-the-scenes negotiating a bipartisan path forward to stabilize the health markets so premiums don’t soar next year. But that effort seems to now have been tanked by the White House and Republicans in the lower chamber who are now rallying behind this latest partisan health bill.

“It surely makes getting a bipartisan consensus more difficult. A lot more difficult. Last week we, I think, had a pretty good opportunity. Then 15 Democrats jumped in with Medicare-forfAll, Republicans got busy with another repeal and replace, and it completely changed the political environment,” Lamar Alexander, who chairs the Senate’s Health Committee, tells Rolling Stone. “It’s hard to get a result if the House won’t pass it and the president won’t sign it. I know how to get a bipartisan result, but I’m not a magician.”