Numerous criminal justice reform proposals are floating around Capitol Hill, but most fail to explicitly take into account women in prison, many of whom get wrapped into charges against male partners. That leaves the nation’s ever-expanding female prison population – which has exploded by more than 700 percent since 1980, meaning a third of every female prisoner on the planet is in a U.S. jail cell – all but locked out of the national debate.

Andrea James was a criminal defense lawyer before she was sentenced to 24 months in a federal prison for wire fraud. When she was incarcerated, she had two children, ages five months and 12 years, at home.

“I didn’t think that there was anything more that anybody could tell me about how broken our criminal justice system is, with all of the professional and personal experience I was coming into that prison with,” James tells Rolling Stone. “I was stunned and heartbroken at what I encountered walking into that federal prison, crammed full of almost 2,000 women in Danbury, Connecticut.”

While James could afford phone calls and her husband brought her kids to see her regularly, she says most of the women she was incarcerated with were mothers who weren’t as well off as her and were forced to choose between talking to their kids and buying things many people take for granted, like feminine hygiene products. That’s why, upon her release, James founded the National Council for Incarcerated and Formerly Incarcerated Women and Girls.

“We knew we had to do something to raise the level of awareness of women. Why women? [Because of] the very gender-specific differences [that land] a woman on a prison bunk. And we needed to have our voices included in creating the change,” James says.

A group of Democratic senators are now highlighting the blight of female prisoners as well. They’ve introduced the Dignity for Incarcerated Women Act, which would do things like ban prison officials from putting pregnant women in solitary confinement and force officials to consider how far away a woman’s children live before placing her in a prison.

Statistics show more than 75 percent of female prisoners are survivors of domestic violence, and more than 85 percent have experienced sexual violence. The lawmakers want such women to have greater access to counseling in lieu of more punitive measures.

“It’s the most vulnerable people that our prison system preys upon. The people that need help, that need counseling, that need trauma care, that need healing, are the ones that we prey upon,” Democratic Sen. Cory Booker, a leading sponsor of the new effort, says. “That’s the crisis that we’re in right now, that you’re put into a system that re-traumatizes you. Why are we putting pregnant women in solitary confinement? Shackling them?” 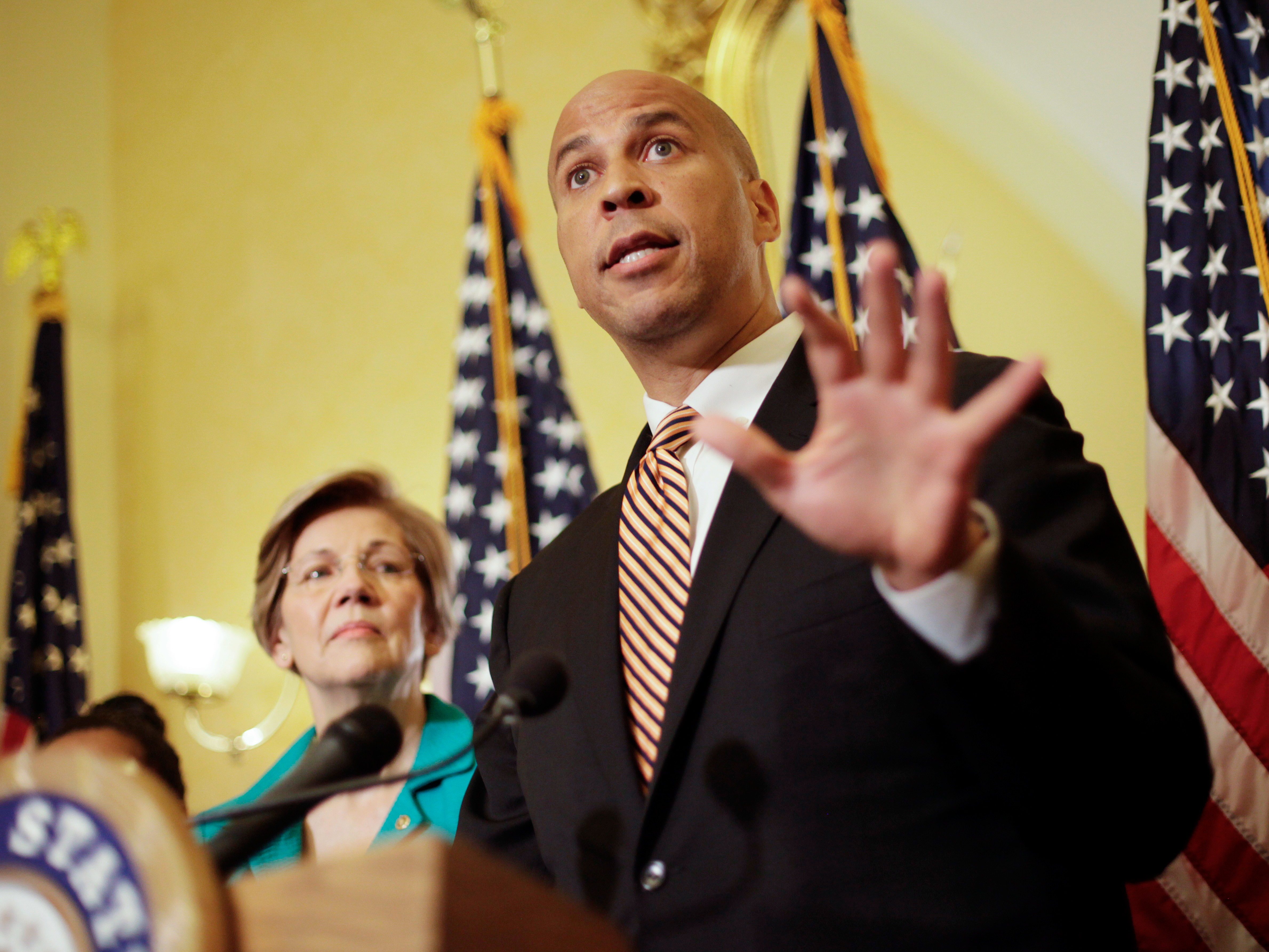 The proposal would mandate that the Bureau of Prisons train correction officials on how to deal with trauma victims.

Booker says women who have been incarcerated have told him “stories about being a survivor of sexual trauma, but then using the bathroom, or being undressed, and having men just enter into those moments of … privacy. … And how a lot of our correctional officers – good, dedicated people – aren’t trained to deal with people who have survived trauma,” Booker says. “The common-sense things in this bill help to create a safer community, help to empower folks.

The legislation also would make feminine hygiene products, like tampons and sanitary pads, free to all women in prisons. In many prison facilities, such products are sold by outside contractors at outrageous prices.

“The notion that a woman should have to take the tiny little bit of resources she has on her commissary card, and choose between sanitary products and the cost of a phone call home to wish her children goodnight, is just wrong,” Democratic Sen. Elizabeth Warren, another lead sponsor of the effort, tells Rolling Stone.

The legislation would create a novel pilot program that would allow mothers to have overnight stays with their children, and would require the Bureau of Prisons to remove some of the hurdles that keep women from seeing them while they’re incarcerated. Proponents say the effort is aimed at restoring dignity to female prisoners.

“Mothers should be encouraged to call their children every night. Incarceration is hard enough, but at a minimum we should make it possible for those women to call their children and say goodnight,” Warren says. “We should nourish those times between a mother and her child. And we should make sanitary products available to all women who are incarcerated. This is the kind of thing that is shocking that we don’t [do]. It’s like saying we’re not going to [give] towels to people after they shower.”