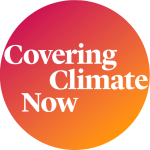 Farmers in Iowa have relied on the same weather pattern for generations. Rain in the spring, heat with a little rain mixed in to sustain the crops in the summer, followed by a dry harvest season. It’s a delicate cycle, and any fluctuation can throw off an entire harvest, and with it a farmer’s ability to earn a living.

In recent years, fluctuations have become the norm. It’s been raining too much in the spring, not enough in the summer, and then raining again when farmers are trying to harvest. And it keeps getting worse. Flooding rocked the region earlier this year, part of a brutal stretch of inclement weather nationwide that led the U.S. Department of Agriculture to approve $3 billion in disaster relief. In June, the National Oceanic and Atmospheric Administration reported that the previous 12 months were Iowa’s wettest such period since official records began in 1895.

The record rainfall isn’t due to an anomaly in the weather pattern that will eventually correct itself, and farmers know it; it’s due to man-made climate change, and a growing contingent of farmers and activists are beginning to realize that the U.S. agricultural system is going to need to be overhauled if it’s going to survive deep into the 21st century.

“It’s not just the floods that are bringing farmers to the realization that things are different,” says Iowa Farmers Union President Aaron Lehman. “We’ve had a number of years with extreme weather volatility. I think there’s still a debate about what exactly we should do about it, but I think there is a growing acceptance that something is going on.”

Whatever is done about it, if it’s going to happen on a consequential scale, is going to require the help of the federal government. Earlier this month, Lehman led a coalition to Washington, D.C., for the National Farmers Union Fall Legislative Fly-In, an annual opportunity for farmers to take their concerns directly to lawmakers. Climate change was on the agenda. “There should be incentives for farmers to help address the climate issue, which they can do in ways no other industry can,” he says.

They can address it, primarily, through the soil. Crops can absorb a lot of carbon dioxide if the right farming methods are used, like planting “cover crops” to replenish soil during the offseason, diversifying how land is used, employing “no-till” farming that does not disturb the soil and keeps the carbon sequestered, and cutting back on pesticides. But modern agricultural practices have stripped the world’s soil of nutrients to an alarming degree over the course of the past century, releasing carbon back into the atmosphere. A report released this summer by the UN’s Intergovernmental Panel on Climate Change found that agriculture and land use are responsible for 23 percent of man-man greenhouse gas emissions, and that the world’s food supply is in danger if nothing is done to curb the rate at which carbon is being pumped into the atmosphere.

“There is a ubiquitous lack of understanding that you can end climate change by improving the soil,” says Don Wiviott, director of Tomorrow’s Farms, an organization that works to convert farmland to organics. “That is big news for 99.9 percent of the people out there.”

This degradation of the soil is taking just as heavy of a toll on the livelihoods of small farmers, who are forced to rely on land that is not healthy, not able to retain water, prone to erosion, and thus not at all resilient to the contingencies of a changing climate. As those contingencies have become realities, the need to adopt more sustainable practices has become acute.

But implementing these practices requires an economic flexibility most farmers don’t have, and which is almost impossible to achieve within a government-backed system designed to preserve a large-scale, corporate-farming monoculture based around commodity crops like corn and soybeans, which often cost smaller farmers more money to grow than they can make selling.

“Whether it’s crop insurance, direct subsidies, or Trump’s payments, it’s all based on the same thing,” says Ron Rosmann, who has been farming sustainably for decades in Harlan, Iowa. “It rewards the worst practices and the agriculture system just keeps getting bigger. All the payments go to the biggest farms. The payments are based on how much corn you grow, and that is so wrong.”

The Climate Crisis Fight Is the Moonshot of Our Time

In August, Rosmann, who hosts field days to promote resilient agricultural practices in Iowa, gave Elizabeth Warren a tour of his 700-acre farm in Harlan. Warren has pledged to tackle the corporate consolidation that has allowed Big Ag to keep getting bigger while smaller farmers get squeezed, and also to expand the Conservation Stewardship Program, which pays farmers to implement practices that keep carbon in the soil.

“I think Elizabeth is on the right track,” says Rosmann, who also wants to overhaul the federal crop insurance program to be more amenable to green farming. Currently, insurance payments are structured around the mass production of commodity crops like corn, which only perpetuates more corn and more monoculture, as farmers don’t want to risk planting crops that are more difficult to insure, especially as climate change worsens. As Rosmann puts it, the system aims to “find ways to adapt to the bad things that have already happened and will get worse” rather than working to fix those bad things.

Several other Democratic presidential candidates have released plans that would expand federal dollars going to farmers who adopt climate-friendly practices like planting cover crops, no-till farming, and organic growing, but the movement to reimagine the agricultural system has gained little traction with lawmakers on the other side of the aisle, who have either denied the existence of the climate crisis or are too cozy with the corporations whose bottom line depends on propagating it.

“There are Republicans that want to see [sustainable farming practices] increase, but how much are they willing to throw money to it? I don’t know,” says Rosmann. “They say they want to see more of that happening. They get so much resistance from the Industrial Ag community.”

“It’s been politicized and that’s a darn shame,” says Wiviott. “The weather is getting worse. Instead of calling it climate change, we need to just ask ourselves, ‘What are we going to do about it.’”

There isn’t likely to be any Green New Deal for agriculture without the kinds of federal incentives farmers like Lehman and Rosmann would like to see, as smaller farmers simply can’t afford to risk converting to alternative practices otherwise, even though studies have shown growing organics to be more profitable in the long-term as demand continues to increase. “It will make them more money over time, because the organic farmers are far more prosperous, and their yields are very comparable to conventional,” says Wiviott, who notes that 70 percent of organic crops are currently imported.

“Farmers are saying, ‘I’ve got to make it to next year. What am I going to do this year?’ he adds. “Landowners are saying, ‘You’re telling me I’m going to make less for two years, and then make more in the third year? I don’t know, that sounds risky.’ Everything has to do with microeconomics.”

Rosmann agrees. “As soon as you start pursuing alternatives you’re going to have to purchase different equipment,” he says. “There’ll be less crop production on an individual farm. They think they can’t make as much money, because the subsidies, whether it’s crop insurance or a direct subsidy for low prices, are based around volume versus conservation and quality.”

Though Big Agriculture may be able to sustain itself in the face of the climate crisis by way of subsidies and crop insurance in the short-term, a drastic shift in thinking will be needed  at some point. A USDA report released in July found that if greenhouse gas emissions continue to increase, production of corn and soybeans in the U.S. could decline by 80 percent in the next 60 years. “One thing climate-denying farmers are going to find out is that in about 25 years you’re not going to be able to grow corn and soybeans in Iowa,” says Jay Yarnell, an Iowa Farmers Union member from Pleasant Hill. “They just don’t care as long as they’re making a profit today.”