I understand you are now against torture, after supporting it before. Great. As a torture victim, I’m very happy to hear this news.

I hope you won’t take it the wrong way, however, if I say that I doubt the sincerity of your change of heart. Let’s be honest. There isn’t much proof that you regret what you did. The evidence suggests that you helped to cover up for American torturers. Meanwhile, at least in the torture facilities I’ve known, the officials who get with the program – by which I mean carry out every order in silent obedience – tend to move up in the hierarchy. I assume you’re discovering the same thing right now on the day of your Senate confirmation hearing.

Because it’s not exactly clear that the torture era at the CIA really is over, and because I think I learned something about the torture business during my years in a series of torture prisons, I’d like to tell you about my experience.

Op-Ed: I Stood Up for 'The Denver Post' and Was Forced to Resign

My torturers happened to be members of the al Qaeda “system,” as they call their organization. The first of their prisons I came to know was in the basement of the National Eye Hospital, in Aleppo, Syria. It was the winter of 2013.

Lying on the floor of my cell, listening to other torture victims scream and waiting to be tortured myself, I found that my thoughts often turned to the culture of places in which torture happens. I wondered: Don’t torture bureaucracies tend to resemble one another? I had a feeling, for instance, that torturers tend to abuse their victim until he or she produces the answer they’re looking for. I had better be ready with some true-sounding answers, I told myself. I also knew, in the half-certain way prisoners know things, that an “investigation,” as the al Qaeda people call their torture sessions, might happen once, or a handful of times, or it might go on for months. When will it end for me? I wondered. And if it ends in death, how will that happen, exactly? I didn’t want to reflect too much about this last question, but in that situation, in case you’d like to know, it’s pretty much impossible not to think about it. All the time.

I knew, from general reading I had done at home, that in almost all such situations, there are blindfolds. There are humiliations. So it was in Aleppo in the weeks before I was tortured the first time.

Then it began. I learned right away about the electrical wires. Some of these, it turns out, are just for show. But some are real. That winter, I learned that they almost always want you to feel you are close to death when they are doing their thing to you. But just because they want you to feel this way does not mean that people around you are not dying. If you’ve ever heard torture happening (as perhaps you have, Ms. Haspel?) you will know that there is no science to this art. If the torturers are annoyed, and even if they’re not, they might kill their prisoner by accident.

Under such circumstances, what is a victim to do? For the record, and just so you’ll know, on my first night in the torture room, I did try to tell them the truth. “I am a journalist,” I said. This response so enraged my torturers, and seemed to bring me so close to death, that the tiny but somehow audible (and rather sensible, by the way) voice in my head screamed at me: Don’t ever tell the truth again. Lie, you fool!

I did know what they wanted to hear. I knew this because they told me: “You are CIA.” They screamed: “You know Guantanamo? Abu Ghraib?”

Switching strategies then, I screamed out a ridiculous saga, from God only knows what hole in my brain, involving success as a CIA spy in Yemen, a role in the killing of Anwar al-Awlaki (their suggestion), followed by a CIA promotion to Aleppo, where I was meant to spy on the Syrian al Qaeda system. I used their word for their organization. They seemed to like this.

But it was dark in that room. Many people were screaming. Some people were being hanged by their wrists. The noise and the ambient terror in that room were such that I quickly lost control of my story’s details. 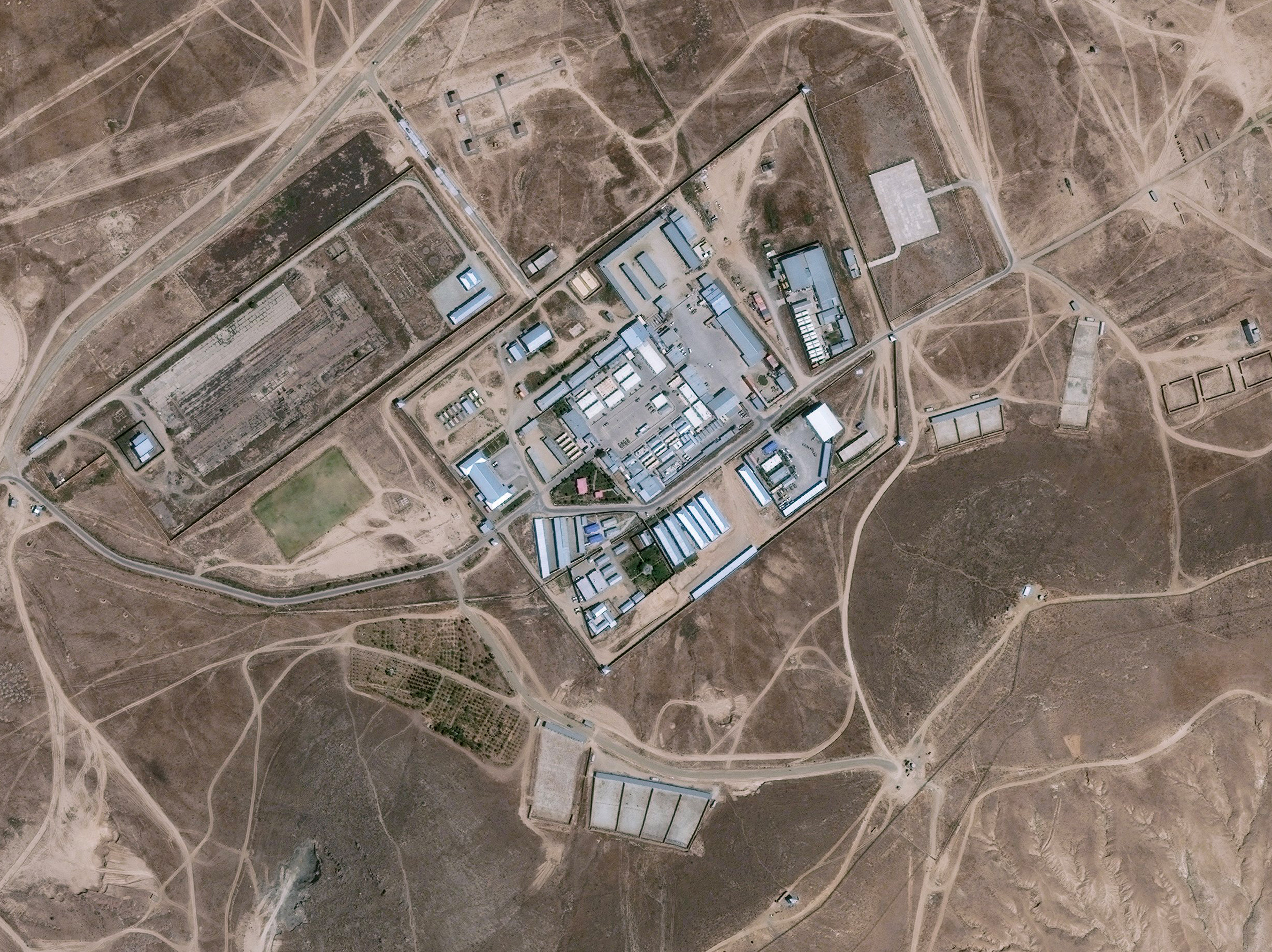 Later on, lying again on the floor in my cell, I devised a third tale. It accounted for the inconsistencies in the one I had told under torture, flattered the torturers’ prejudices, involved money as a motivation – an idea the torturers seemed to like – and made detours through a half-dozen, totally fictitious but true-sounding details. There were cafe meetings in Istanbul. There were embassy contacts who gave me only their first names. There was CIA money for me and more money for the Muslims in Syria and Yemen I pressured into spying for the United States.

I forced myself to internalize this still more fantastic saga, as I had never forced myself to do anything before, then repeated the thing to myself, again and again. Though I had been awake during most of the previous two days, I did not sleep.

When they came for me later that night, I related my made-up tale. I’m not sure how this second performance went over. It brought on the same pain, which lasted about as long, and concluded with the same threat – “Tomorrow will be worse” – from the same commander. Yet neither in the following days, nor during the following weeks, did he return to my cell.

Naturally, during this period of non-torture, I began to wonder: What had happened to the young men who bore the weapons in the torture room to make them willing to induce such suffering in a helpless person? They told me they were doing much worse to their Syrian victims. What was going on in their brains? I thought about this matter but moved past it, too, because in the Middle East, particularly among the poor and the very religious, torture has established itself as an element in the air, like pollution. It hangs over the neighborhoods. Nobody wants it there, but when sons of the neighborhood grow up to attach themselves to the command structure that is committing the crimes, no one is particularly surprised. And my torturers thought of themselves as soldiers. They tortured because they had orders to torture. This fact didn’t excuse them in my eyes, but it did help me understand what they were thinking. Precious little, I concluded.

For what it’s worth, at the time, as I tried to trace the violence that was being done to me through a chain of causes, my thoughts alighted on the psychologists, subcontractors, CIA agents and legal experts who had found it within themselves to aid in the torture of prisoners at your famous “black sites.” Those Americans, it seemed to me, had not cared enough to reflect on who might pay for their crimes when, in the fullness of time, the torture seeped into the Islamic world’s collective unconscious, fructified, embodied itself in younger people, then crept again into the streets. By the winter of 2013, when I was undergoing my ordeal in the Aleppo eye hospital, some of those American torture officials had returned to jobs on leafy campuses. Others were moving up in the ranks. (Perhaps this scenario sounds familiar to you?) While I was waiting in a heap of bloody clothing for my torturers to return, those career success stories, I was certain of it, were waiting in drawing rooms in Washington and Berkeley. Tea was in the offing there, perhaps a lecture. Those tea drinkers at home I did not want to forgive.

In my opinion, a victim under such circumstances will sooner or later turn his thoughts to the normality of it all. A prisoner will be aware that torture happens sometimes in the earliest hours of the morning, sometimes after lunch, and often late at night. It happens when a new troop of enemies has been brought in, when no one new appears to have turned up for some time, frequently in the presence of certain commanders but then also in the absence of those commanders. In the torture room, itself, there will be people both young and old, military men, observers in civilian clothes, characters who might be religious officials and others who might work in legal fields. There will be onlookers and assailants; people who have to be held back and people who hold themselves back.

Why is this happening to me? This is a profound, agonizing, entrancing question for torture victims. They devote their days and nights to its contemplation. When torture happens as a matter of course, over long periods of time, the prisoner is likely to conclude that no single commander or command structure is responsible for these crimes, but, rather, that there is something unwell within the society outside the walls of the prison. What has gone wrong in that society that every few days it throws up new men who wish to stand around in dark rooms as other men are hanged from their wrists, flayed, then electrocuted until it is obvious to everyone that the body’s life force has all but drained away?

There really is no single answer to such a question. It is a sinister riddle with a thousand half-right answers, none of which comfort the victim since all he wants is out.

I have a word of advice for American CIA officials – and any others you might employ – who could someday receive an order to torture. It has been well established that torturers often, if not inevitably, introduce a sexual element to their violence. So it was in my torture. I took it for granted, even as my interrogator was asking his questions, that he was using my torture to work through his sick sexual hang-ups. Later, in my cell, under my lice-filled blanket, I thought about the matter some more. The commander embodies the values of the command structure, I thought, and fits in well here because the topmost commander has communicated the things he treasures in life to his subordinates. I hadn’t yet met the top al Qaeda sheikh for Syria then, but I could imagine him easily enough: he likely spent his days sitting on a gold-embroidered sofa somewhere, a vainglorious, reptile-like human being, watching TV. So he was, it turned out. When I finally met him, I knew from the half-smile that appeared on his lips when he threatened underlings with solitary confinement and flogging that he was happy to have established himself the lord of his personal torture realm.

Because President Trump’s sexual aggressions have been so much a matter of public record, and because he has performed his enthusiasm for torture before cheering thousands (“They asked me about water-boarding. I said, ‘I love it. I love it.'”) can anyone doubt that people tortured under his orders will assume that his perversities have infected our military? If our soldiers obey his orders, if torture under Trump leads to where it so often leads, who can say those assumptions will be false?

For the sake of its honor, if for nothing else, U.S. officials must never obey torture orders from this president. And that includes you, Ms. Haspel.