The coronavirus has struck virtually every age group throughout the world, but it has proven more lethal to older people. Those aged 60 and older have accounted for the majority of deaths in the United States, and medical experts have warned the public for weeks of the pandemic’s intensifying danger. Elderly Americans also are the average cable-news viewers. And of the networks commonly included in that category, Fox News Channel remains the most popular one in prime time.

Rupert Murdoch’s Fox cable networks, amid this crisis, have not been diverted from their primary mission, even if misinformation is the price. Apologia and advocacy for both Donald Trump and the Republican Party has typically taken precedence at Fox News and Fox Business. Even at a time when such a collective public effort is required to combat a global pandemic, the danger wasn’t a deterrent. Some anchors and guests likened COVID-19 to the flu, which is patently false. Fox Business’ Trish Regan theorized that media alarm about COVID-19 was “yet another attempt to impeach the president.” They encouraged Americans to congregate and travel, ignoring safety advice from medical experts and even government officials.

Why Are Women Bearing the Brunt of Vaccine Side Effects?

Fox anchors, at least, have now earned some recognition and ridicule for finally removing their tinfoil hats. The Washington Post has assembled a video of Fox News and Fox Business personalities abruptly switching from blithe dismissal to newly found caution. That change coincided with the Trump administration’s declaration of a national emergency late last week. However, both the president and Fox’s cable broadcasts have remained a danger to public health at a crucial time.

Those Fox cable networks, in particular, are getting too much credit for the sudden conversion of its anchors. Hosts and guests echo the racist renaming of the coronavirus as the “Chinese virus,” for which the White House refused to apologize on Wednesday. Producers continue to allow guests on the air who either behave like Trump sycophants or who have questionable expertise and reputations. While Fox Business took Trish Regan off the air shortly after her reckless accusation, the others who spread patently false information remain undisciplined. Perhaps as a consequence of that lack of discipline, the lies and misinformation have continued to flow.

Mixed in with the supposedly sober tone of the new Fox News rhetoric is the regularly served glorification for the president. Last Friday, prime-time host Sean Hannity, known to advise and fraternize with the president, sounded not unlike one of his counterparts on North Korean state television. Hannity argued that “a bold, new precedent is being set, the world will once again benefit greatly from America’s leadership,” despite the fact that we’re still desperately short on tests and vital hospital equipment. Hannity celebrated “the federal government, state governments, private businesses, top hospitals all coming together, under the president’s leadership, to stem the tide of the coronavirus,” all before any tide has actually been stemmed.

Prime-time anchor Laura Ingraham was doing much of the same on March 10th just before dispensing some of the coronavirus safety recommendations in a clumsy, and ultimately incorrect, manner. Her repudiation of expert concern came in the form of flattery for her audience, alleging that “the public in some ways seems a lot more levelheaded than the so-called experts” and that “the facts are actually pretty reassuring.” That would be convincing if Ingraham had her facts straight. 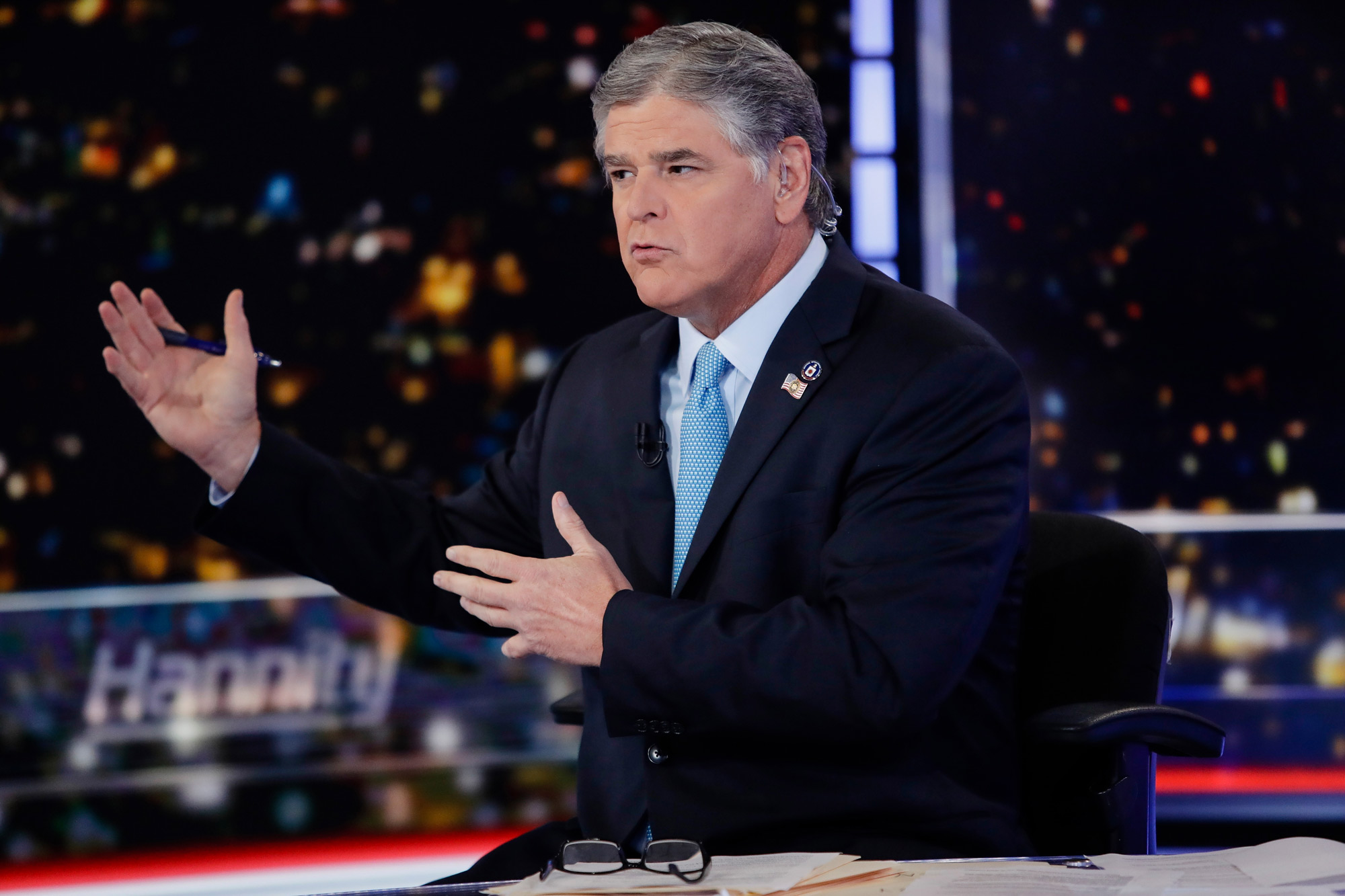 Over a chyron reading “Trump Confronts the Panic Pushers,” Ingraham went into Serious Anchor mode for a bit. “We need to take care of our seniors,” she said. “If you’re an elderly person or have a serious underlying condition, avoid tight, closed places, a lot of people, don’t take a cruise maybe. Everyone else wash your hands, use good judgment about your daily activities. Yeah, pragmatic thinking, especially if you’ve been overseas recently in one of the hardest-hit areas.” The Post, in an article about Fox’s changed tone, noted that the advice of medical experts about hand-washing, avoiding contact with other people, and canceling unnecessary travel applies to everyone. Paul Farhi and Sarah Ellison reported that “health experts have repeatedly said that everyone, not just ‘seniors’ or the chronically ill, should avoid contact with other people, a strategy known as ‘social distancing.’”

That misinformation, however slight it may seem, has an effect. Two recent polls, one from Pew Research Center and the other from YouGov and The Economist, indicate that regular Fox News viewers both are the only American media consumers who believe Trump is doing a good job of responding to the crisis and that the press has greatly exaggerated the risks of contracting COVID-19.

The president waited until Monday to issue strict new guidelines for personal behavior in order to stop the virus’s spread, reportedly shocked into action by a British scientific report predicting approximately 2.2 million American deaths if we took no further government or societal action to stop the virus. But even that belated awakening was tempered by Trump telling governors short of ventilator equipment to “try getting it yourselves.” He also insisted that “I felt it was a pandemic long before it was called a pandemic,” when several of his own remarks prove him a liar. Still, Fox News host Greg Gutfeld continued to gush over the president, calling his Monday actions “amazing” when the rest of the world was calling them late. Fox cable anchors may have started sounding serious, but it is impossible to take them seriously as they both inspire and indulge his behavior.

It would almost be reassuring to attribute Trump’s obvious incompetence to his Fox News diet rather than his desire to maintain power and influence, even if that means flaunting his own faults. This president, the GOP, and Fox News have their own ecology of sorts, and it is difficult to know which of them was the first to sell the other on convincing Americans that they didn’t hear what they just heard. The waste product of their relationship is fecal and rancid, served up to the Fox cable audience and the rest of the world as if it is gourmet. They know who is willing to lap it up, it seems. But the Fox News tactics only grow more hazardous by the day as lives, especially those of their median audience, continue to be at stake.

Misinformation can be fatal, and that’s why Americans need to be more vigilant and shrewd about the media that they consume, especially now. That is the lesson that we all should be conveying, particularly those of us in the press. We cannot rely upon the visceral danger this pandemic presents to encourage people to make smarter choices about citizenship, let alone what and who they allow to influence their thinking. And that starts with thinking critically about oneself, which too many Americans fail or refuse to do.

Fox News and Fox Business are winning the information war at the worst time, all by embracing the worst in us. They’ll tell you that nothing is wrong when there clearly is —— and then imply that if you get sick, blame the Chinese. When you’re a Fox News viewer, it’s never your fault. But when the public heat rises, the Fox cable networks leap at the chance to appear civil. And too often, we waste time laughing at them or give them credit for trying. It isn’t difficult to look like you’re stepping up when you’re already at rock bottom.