Yusuf/Cat Stevens has announced CatSong Festival, in celebration of the 50th anniversary of his 1970 albums Tea for the Tillerman and Mona Bone Jakon.

“It’s great to see and hear these covers of my songs given new life,” Yusuf/Cat Stevens said in a statement. “There’s no better honor for a songwriter than to have his songs performed by talented musicians with such love and sincerity. Thank you.”

Yusuf was forced to cancel a full year of touring for the 50th anniversary due to the pandemic but has continued to release new and never-before-seen material related to the Tea for the Tillerman and Mona Bone Jakon album reissues. Both boxsets, which include 24 unearthed recordings as well as discs full of demos, alternate takes, outtakes, live recordings, and more, will be released on December 4th, the day before CatSong Festival.

In September, Yusuf/Cat Stevens released Tea for the Tillerman², a rerecorded version of the classic album. The new version of “Wild World” received a music video styled after the nightclub in Casablanca. 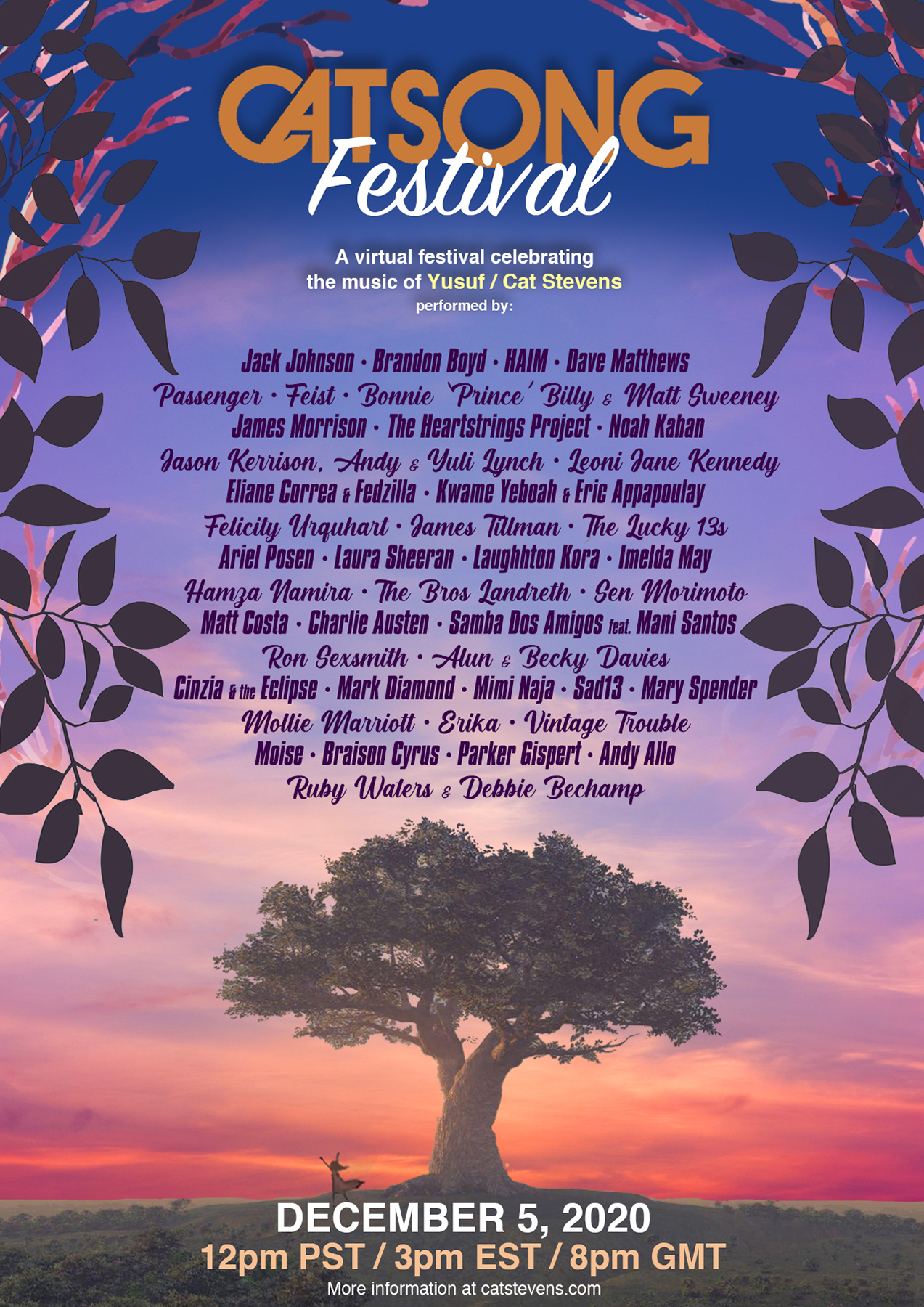