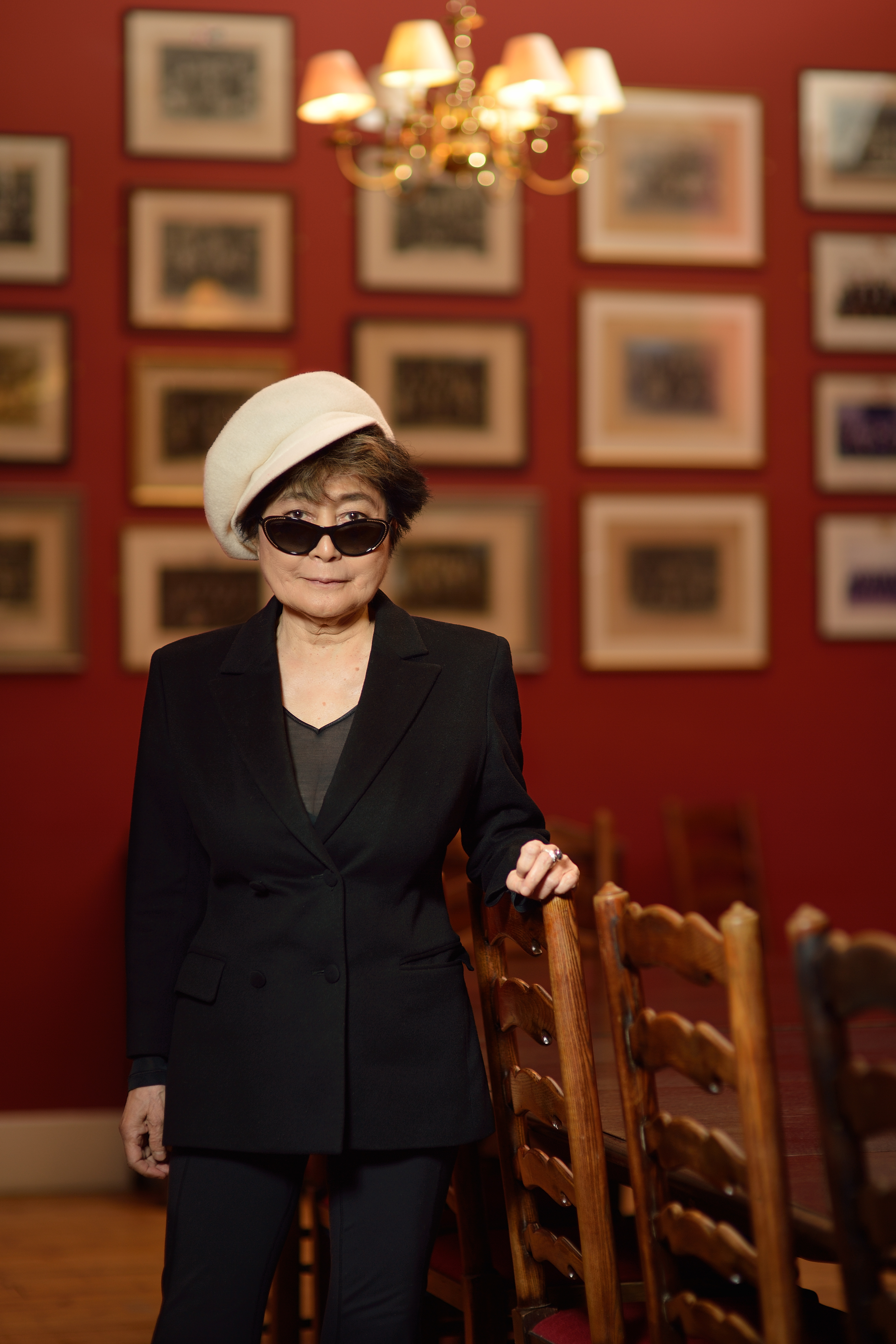 UPDATE: Yoko Ono has been released from the New York hospital. Sean Lennon tweeted early Saturday night, “Thanks again for everyone’s concern. She’s home and running about as usual. Just the flu in the end. I may go get a flu shot now…”

Yoko Ono was hospitalized in New York Friday night. The singer and artist was at her Upper West Side home when the ambulance arrived, according to CBS New York.

Ono was taken to Mount Sinai West Hospital at 9:05 p.m. She had been suffering from the flu and had gone to the hospital for a check-up on the advice of her doctor, her publicist told the network, though police sources told CBS in initial reports that she had possibly suffered a stroke. The rep said he expected Ono to be released Saturday.

“The earlier reports were erroneous,” publicist Elliot Mintz told New York Daily News. “There is no stroke and there are no life-threatening circumstances as has been described to me.” He added that he had spoken with someone at the hospital who had assured him she would be OK.

“To the best of my knowledge, she had symptoms along the lines of a serious flu, and her doctor thought it was best that she would get a check-up at the hospital, and she is being checked for that and hopefully will be released as early as tomorrow,” Mintz added.

“Hey guys it was only rumors from press: was NOT a stroke, just dehydration/tired,” Ono’s son Sean Ono Lennon added on Twitter. “She is FINE. Thank you everyone for your concern. Only stroke Yoko Ono had was a Stroke of Genius! 🙂 She’s really fine. Thanks for all the well wishes!”

The Mount Sinai Hospital location where the singer was taken was formerly known as St. Luke’s Roosevelt, the location where John Lennon was pronounced dead in 1980. Ono still lives in an apartment in the Dakota, a building she moved into with Lennon in 1973.

Ono released a new album of remixes, Yes, I’m a Witch, Too, earlier this month. Rolling Stone premiered Portugal. the Man’s take on “Soul Got Out of the Box” from the record in December. The artist, who turned 83 on February 18th, also opened up a new art exhibit, “Land of Hope,” in Mexico City’s Memory and Tolerance Museum, according to CNN, this month. Her works promote messages of peace.