One track from the project, “2 Chainz Ain’t Nuthing ta Fuck Wit,” unfurls various 2 Chainz verses over the dusty drums and eerie samples from “Wu-Tang Clan Ain’t Nuthing ta F’ Wit.” The track opens with a portion of the emcee’s “Letter to Da Rap Game” and lifts a piece of his verse from De La Soul’s “Whoodeeni.”

In a statement about the mixtape, Wu-Tang Clan’s RZA wrote that “it’s a bonanza to hear 2 Chainz rip a classic Wu beat.” “He’s one of the great lyricist from the south that proved lyricism is not regional but based on talent dedication focus and experience,” he added. “Whether you’re from the Slums of Shaolin or the Wards of the South, hip-hop is our voice.”

Fellow Wu-Tang clan member Raekwon added, “That’s my G right there. He does his thing for real. 2 Chainz has always showed love to myself and The Clan, and we got nothing but love.” 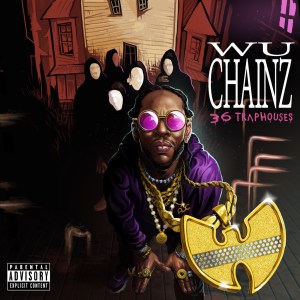 Atlanta’s A3C hip-hop festival, a two-day fest taking place on October 6th and 7th, recruited DJ Critical Hype to create the mash-up. “I thought the concept was sick and was instantly curious about how it would sound,” the DJ said in a statement. “Grinding the project out over the last few months, it became clear pretty quickly 2 Chainz’s witty southern raps sounded right at home over the incredible RZA/Wu production. I always enjoy the process of blending 2 different sounds together to create something new – so having the opportunity to do it with a legendary act like Wu-Tang and one of my favourite artists in 2 Chainz has been an amazing experience.”

Every Wu-Tang Clan member is participating in a two-day experience in Atlanta that climaxes with the festival. The event will include performances from Wu-Tang Clan, J.I.D, PRhyme (DJ Premier and Royce Da 5’9), Talib Kweli, Westside Gunn + Conway, Jarren Benton, Deante Hitchcock, Lute and Lou the Human, among others.