Like most music writers, I base my entire personal life on each week’s new record releases!

And since—if I may be blunt—nothing especially good was coming out in these first few weeks of August, I decided to skip last week’s blog, drive up to San Francisco to find myself, and then come back this week and cover two weeks at once!

And now I’m back, tanned, rested and ready!

Unfortunately, the record industry was apparently keeping the same schedule!

So here are 10 albums and things that came out in the last two weeks or so and, cleverly, maybe three sentences or so that would appear to be about them! Please notice that there’s absolutely no mention of Beyoncé’s new haircut, or that apparent picture of Justin Bieber playing his guitar with no clothes on, or of the gnawing emptiness that naturally accompanies writing a sentence like this!

And perhaps appropriately, each paragraph contains a colon! 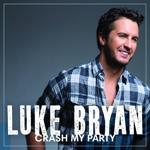 Luke Bryan: Crash My Party (Capitol Nashville) An enormously successful country artist whose last album Tailgates & Tanlines was notable for having sold 7.2 million “tracks”—that’s kind of new, biz-speak-wise–Bryan is an enjoyable, talented singer who’s got his finger on the pulse of today’s contemporary country market and is, for better or worse, the face of our best and brightest contemporary entertainers. There is not a note out of place here, not a sentiment that you or I have not felt, and not a song title—“Beer In The Headlights,” “Drink A Beer”—that does not speak of good times, of the deeply fulfilling sensation we all feel when, say, we find a colorful plaid shirt and wear it while being photographed for our new album cover! Unless we’re not Luke Bryan—we’re just normal people, going about our day-to-day business, trying to find some degree of happiness in a rotten, cold and uncaring world! But that never happens! 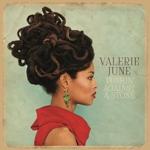 Valerie June: Pushin’ Against A Stone (Concord) There’s a certain air that this superb new album has of a potential big-time artist waiting to emerge from newbie status: The music is superbly tasteful, the vocals are deeply felt, unique, character-driven, and the sort of thing that sticks with you from the very first hearing. There is atmosphere, there is warmth, and there is a sense that the singer represents something broad enough to be deeply enjoyed by a very wide spectrum of the American audience. While most of us have been fed the notion of “buzz artists” for so long the term has truly taken on no meaning, there’s something here that’s very real, valid and exciting and worth your attention. It doesn’t happen very often, and when it does, sometimes it it doesn’t seem genuine. But this very much does. Recommended. 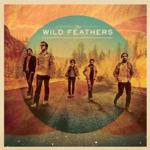 The Wild Feathers: The Wild Feathers (Warner Bros.) How strange to be praising a brand new rock album from a band that evokes the past so strongly yet still sounds fresh. Anyone with an ear for rock history will hear echoes of the Eagles, Tom Petty, even Poco here—or for that matter the Buffalo Springfield and Moby Grape—not so much because of the tunes or the production but for the sense of this being an actual band, with more than one vocalist,that writes songs, each one polished and different from the one that precedes it, and as result has no readily definable sound. They just rock, from one song to the next, and sound like they have lots more up their sleeve. Had this come out on Asylum Records in 1974 no one would have questioned it, but in 2013—because it sounds so oddly contemporary—some very interesting questions actually do arise. Mainly: how the heck did this ever happen? 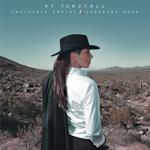 KT Tunstall: Invisible Empire/Crescent Moon (Blue Note) Her first effort for Blue Note Records—a label that, within the past two years, has subtly changed its focus in a very interesting way—this new set by Scottish singer Tunstall is a subtle, arty affair that is comparatively stripped-down by her past “Black Horse And The Cherry Tree” standard, but by no means less engaging. Deliberately structured into two distinct parts—an A side and B side, as she would have it—the album features Tunstall with producer Howe Gelb, a pairing that however unexpected works marvelously, and boasts a compelling batch of touching, well-crafted songs oozing with surprising emotional resonance and thoughtfulness. While nothing leaps out as an immediate radio hit, there’s a substance here that drives home the point that Tunstall is less a pop star than a talented artist evolving before our eyes. Strong stuff. 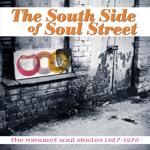 Various Artists: The South Side Of Soul Street: The Minaret Soul Singles 1967-1976 (Omnivore) While I’m as thrilled as anyone that the celebrated catalogs of Stax and Motown have been the subject of continued repackaging, and could hardly object to, say, yet another Otis Redding reissue, there’s something even more exciting about archeological digs like this: A 2-CD set of fine, strong R&B and Southern soul, recorded during the prime of those other two labels yet vastly underheard—which is to say, not overplayed and capable of being heard with completely fresh ears. Though the cast of characters here is not highly known—Big John Hamilton, Doris Allen, Willie Cobbs, Genie Brooks are the major vocalists—the impeccable musicianship of the 40 tracks on display is undeniable and instantly appealing. While R&B collectors have apparently spent oodles tracking down these original singles, the Omnivore folks here save us similar pain. Featuring great liner notes by Bill Dahl and a wealth of marvelous music, The South Side Of Soul Street is what good reissues are supposed to be all about.

Terje Rypdal/Hilliard Ensemble: Melodic Warrior (ECM) As one of the very first artists to be recorded by the ECM label—way back in 1971–Norwegian guitarist Terje Rypdal might theoretically be the roster’s most vulnerable to charges that he was “repeating himself,” if in fact he ever did. But as this lush, very colorful album makes clear, he’s not that kind of guy. Along with the Hilliard Ensemble and a pair of orchestras, Rypdal has crafted a masterful, highly evocative album that draws from Native American poetry, features his spiky, sustained guitar amid a lush, floating bed of strings, and can’t help but bring you back for repeated listenings to drink in the subtle beauty of it all. In short: Excellence, taste, and all the good stuff Rypdal fans have come to expect, still going strong in 2013. 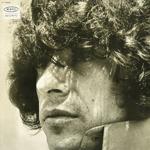 Dino Valente: Dino Valente (vinyl) (Tompkins Square) While it may be cheating to consider a new mono vinyl album reissue a “new release,” opportunities to write about this late ‘60s classic—a rarity in its time, but sporadically reissued since—shouldn’t be overlooked. Valente—aka Dino Valenti, Chet Powers, Jesse Oris Farrow among other names—was an early member of Quicksilver Messenger Service, who between drug busts, solo performances and a later return to Quicksilver, managed to sneak this quiet, moody solo disc out to minimal fanfare but maximum impact to those who loved what they heard. His unique vocal style and fondness for excess of all sorts seems colorful all these years later—maybe a great symbol for all that San Francisco’s Summer Of Love had to offer—but there’s a certain out-of-time aspect to this particular recording that still renders it unforgettable and special.

Death: A Band Called Death [Blu-ray] (Image Entertainment) You’ve likely heard much about this band, and most of it is true. A great band name, black brothers essentially playing what would become punk music maybe three years too soon, aiming for success in the city that begat Motown—someone should make a movie of it, and they did. This fascinating documentary comes on the heels of the similarly praised Searching For Sugar Man—yet another fab Detroit-based non-success story—and is likewise laden with the heart-tugging drama of compelling artists being given commercial short-shrift and spending the next few decades merely living and trying to deal with and/or forget about it. Great, eye-opening stuff—especially for those who might want to spend some serious time thinking about what else they missed out there while it was happening.

Mickey Hart Band: Superorganism (360 Productions) Speaking of pioneering San Franciscan musicians, a word here for the latest from former Grateful Dead drummer Mickey Hart, an early pioneer of what has now come to be known a “World music” but essentially a player whose entire life has been a function of rhythm. This new set focuses on the rhythm contained within the human body, features an interesting musical cast including Dead lyricist Robert Hunter, and—like all of Hart’s solo work—shows very little interest in reliving past glories. He’s pushing forward, and the results may surprise you.

Howard Kaylan with Jeff Tamarkin: Shell Shocked: My Life with the Turtles, Flo and Eddie, and Frank Zappa, etc. (Backbeat Books) It took last week’s vacation for me to finally crack open this surprisingly satisfying bio by former Turtles/Flo & Eddie vocalist Kaylan, and it was difficult to put down. Kaylan’s rise in the pop world coincided with some of pop music’s most interesting times: The Turtles were fab, playing with Frank Zappa in the early ‘70s was no less so, and the saga of Flo & Eddie pretty much recounts why the present-day Record Industry wound up the way it did. The stories are all captivating, the gossip fairly amusing, and the intelligence—always there, even in Kaylan’s Turtle days—never lets up even once. Really, unexpectedly, good.