Wes Wilson, the influential poster artist whose work adorned concert prints by some of the 1960s’ most popular rock bands, died January 24th at the age of 82, the New York Times reports. His son, Jason, confirmed that Wilson died at his Leanne, Missouri home, though the cause of death was not announced.

Based in San Francisco, Wilson’s work stood out and helped define the style that is associated with posters from the Sixties era — utilizing bold colors, unique images and swirling typography that looked to be melting and could be difficult to read. That was its intent, meant to pull people’s attention in to what was being advertised. He designed posters for a number of artists who ruled the era, including the Grateful Dead, Jefferson Airplane, Van Morrison and the Byrds alongside many others.

His work was commissioned by Bill Graham, who booked rock concerts at San Francisco’s Fillmore Auditorium and Chet Helms who produced concerts at nearby Avalon Ballroom.

Born Robert Wesley Wilson on July 15th, 1937 in Sacramento, California, Wilson moved to San Francisco after serving in the Army National Guard. He partnered with Bob Carr, who owned a small printing shop, and began creating layouts and designs. Graham and Helms were clients of their enterprise.

Wilson’s work was influential to San Francisco artists Victor Moscoso, Rick Griffin, Stanley “Mouse” Miller and Alton Kelly, collectively recognized as the Big Five of the genre. In the Seventies, Wilson moved to Missouri, where he raised cattle and expanded his craft into working in enameled glass and watercolor painting. 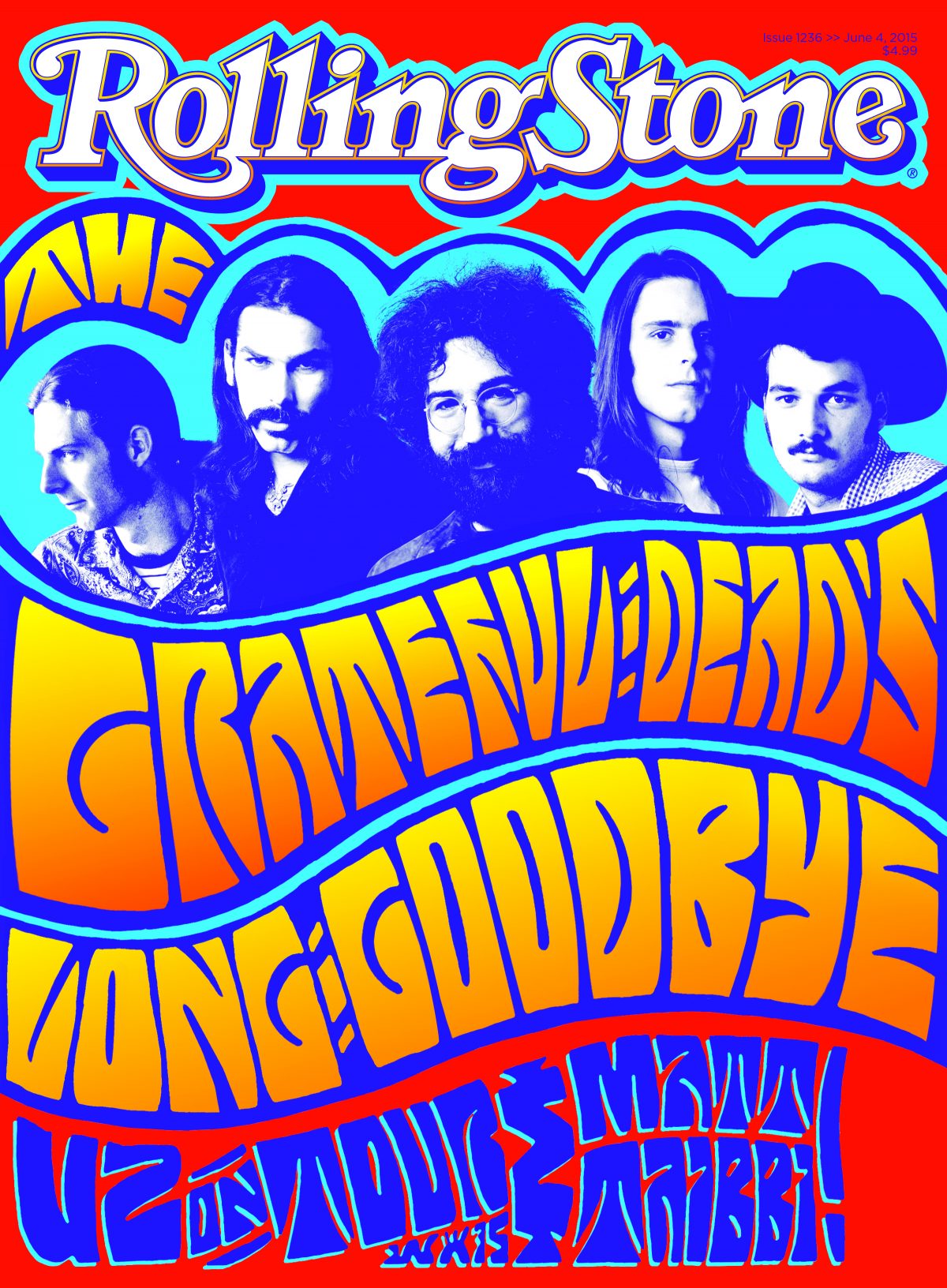 In 2015, Wilson created the cover art for Rolling Stone‘s June 4th, 2015 cover story, “The Grateful Dead’s Long Goodbye.” It was Wilson’s first cover for the magazine. “The original idea was to have a skull and roses deal, which I thought was a funny idea. I thought it would be a great idea, but then they had second thoughts about that because of the political correctness about skulls nowadays because of the violence in the streets,” Wilson told Rolling Stone. “The picture of the band is going to work out just great.”

“I tried different things, two or three different ideas until I finally got something that worked good,” Wilson added of conceptualizing the artwork. “Pretty similar process to what I did in the 1960s. A little sketch that I sent to the art director.”

In a 2016 interview commemorating the 50th anniversary of Wilson creating the font that inspired many poster artists to come, Wilson spoke to NPR about what influenced his work.

“I think what inspired my art was a little bit of both music and the times, and basically, I wanted to do a poster that people liked to look at. And I wanted to use up all the space,” he explained. “Once the color came into being then I was very inspired to try to put together colors that were really exciting — and the idea of using colors, complimentary colors right next to each other. And so it was kind of the combination of a whole bunch of things, and all based on this idealism of ‘things are going to get better.'”