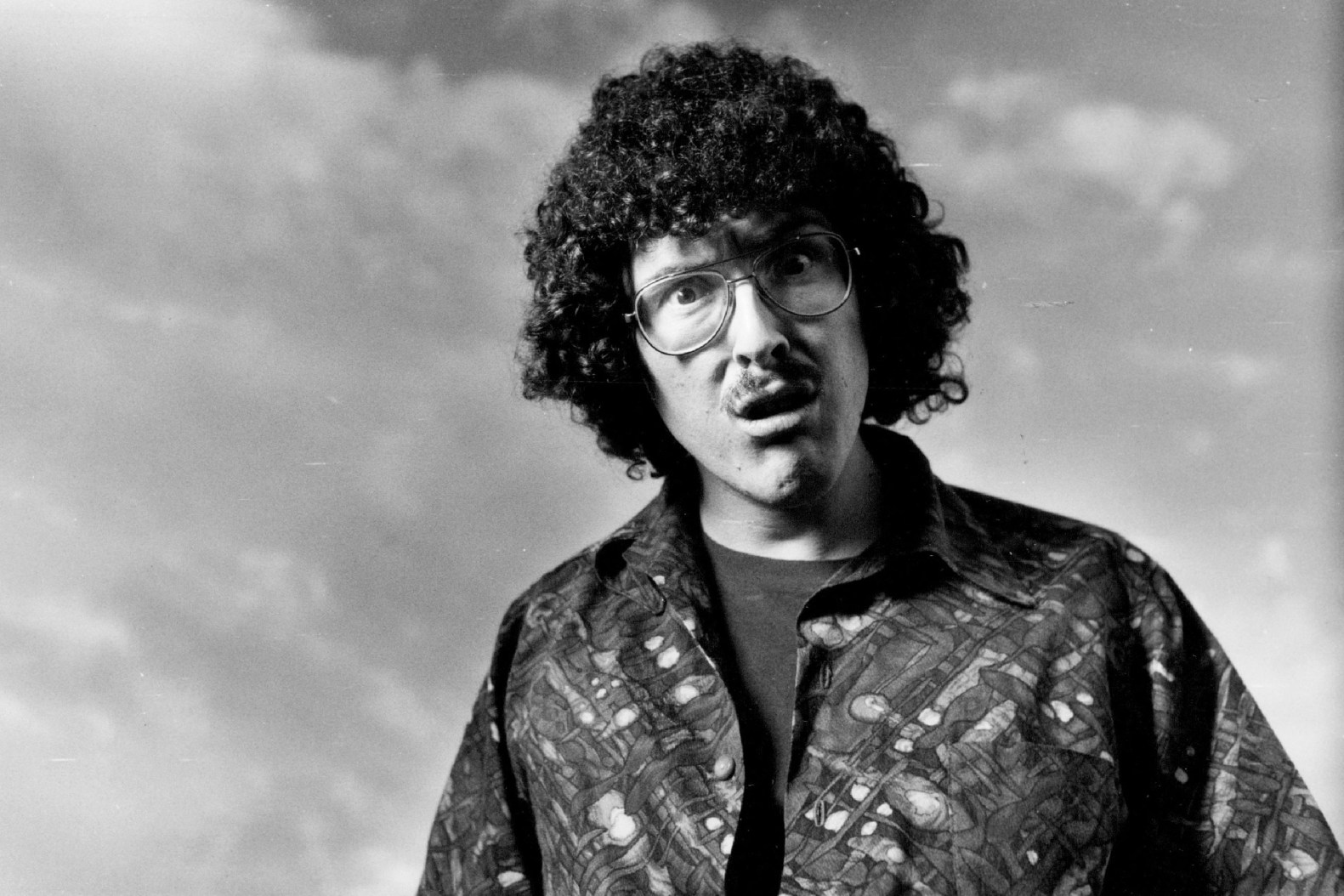 September 14th, 1980 was a landmark day in “Weird Al” Yankovic history. Not only was it the day the world first heard his Queen parody “Another One Rides the Bus” when he debuted it on the Dr. Demento Radio Show, but it was also the day he first came into contact with Jon Schwartz, a young drummer who happened to be hanging out at the station. Yankovic asked him to bang on his accordion case during the performance and things went so well that he’s kept him around these past 40 years. He’s not only played drums on everything Yankovic’s done since that fateful day, but he’s also created an incredible archive of “Weird Al” memorabilia that he stores in his house.

Schwartz is also a photographer and his new book Black & White & Weird All Over: The Lost Photographs of “Weird Al” Yankovic ’83 – ’86 (in stores October 27th) displays amazing, never-before-seen black and white images that he took on video sets and recording studios during Al’s initial brush with mainstream success. “Seeing the fresh scans took me right back to the places, the music and the people,” Schwartz tells Rolling Stone. “Lots of them I hadn’t seen or thought about in decades. I was reminded how certain scenes were shot, the mashed potato ice cream cones [from the ‘I Love Rocky Road’ video], the makeup for Al’s ‘Thriller’ eyes in the last scene of ‘Eat It.’ It’s interesting seeing it all captured on film, kinda like I’m outside looking in, yet clear to me that I was there and saw it all first-hand.” We spoke with Schwartz and Yankovic himself about 16 photographs from the book.